In-N-Out used to reign supreme as America's favorite burger joint. Its new successor might surprise you.

In-N-Out Burger's iconic menu items, from animal-style fries to double-double burgers, are the stuff of legend, but it looks like their days of fast food dominance may be over. The results of EquiTrend's 29th Annual Harris Poll reveal that the West Coast-based fast food restaurant is no longer home to America's favorite hamburger.

So, who beat them in the battle of the burgers? None other than Five Guys. They just so happened to top our Eat This, Not That! list of the best fast food burgers, too.

While In-N-Out has been serving customers for 20 years longer than Virginia-based Five Guys, which first opened its doors in 1986, it seems the latter chain's customizable burgers, free toppings, vegetarian options, and decadent milkshake menu have shifted the tides in their favor. It probably doesn't hurt that Five Guys is now officially America's fastest-growing fast food chain, with over 1,000 locations in the U.S. and Canada and plans to more than double that number over the next few years. While In-N-Out has undeniable loyalty from their customers — their burgers are likely the most Instagrammed fast food item — their numbers are comparatively paltry, with just over 300 restaurants around the country. 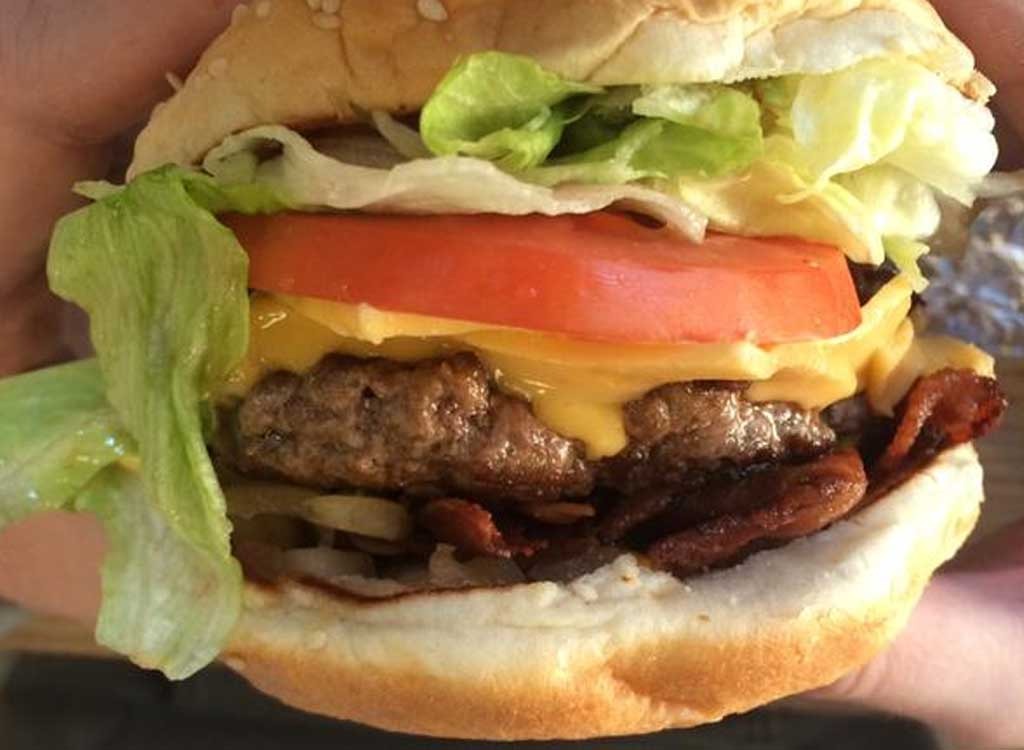 Rounding out the top five on The Harris Poll's burger list are celebrity chef Danny Meyer's New York-based Shake Shack (which just launched a breakfast menu at its flagship location), Wendy's, and Culver's, home of the ButterBurger, Frozen Custard, and Midwestern favorite, the cheese curd. 6254a4d1642c605c54bf1cab17d50f1e

While In-N-Out's ousting as America's favorite fast food burger may come as a surprise to the restaurant's loyal diners, it's not the first time Five Guys has beaten the brand; Five Guys took home the "Best Burger" crown from Zagat in 2011 and has routinely topped other brands in terms of cleanliness, service, and flavor. And speaking of delicious fast food, click here to discover The Fast Food Chain with a Better Breakfast than McDonald's.