Find out whether this genius hybrid is worth a buy.

If you're anything like me, your order of fresh-out-the-fryer fries is incomplete without a generous squirt of both ketchup and mayo. After all, swirling the spuds into both the creamy mayonnaise and tangy ketchup makes for a mean special sauce. Now, Heinz debuted a squeezable jar that skips the stirring and packs both sauces into one dubbed Mayochup. 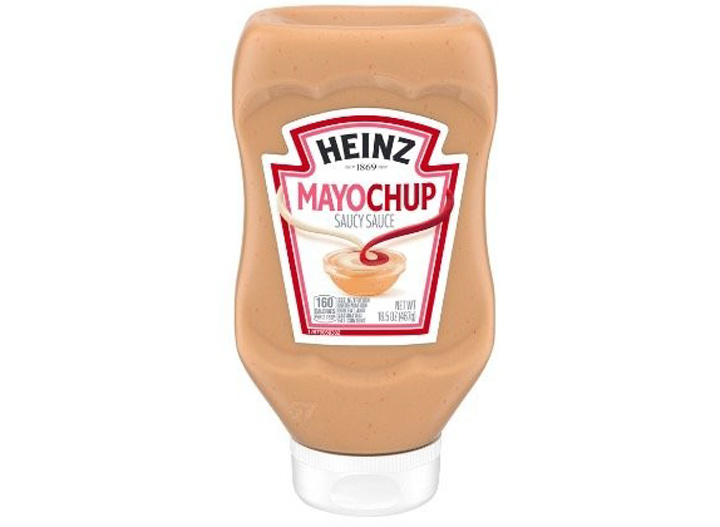 But is the genius hybrid as stellar as it sounds? Nutritionally-speaking, not so much. The spread boasts 160 calories, 16 grams of fat (2.5 grams of saturated fat), 170 milligrams of sodium, 4 grams of carbs (0 grams of fiber, 3 grams of sugar), and 0 grams of protein per two tablespoons. However, it's the ingredient list that concerns us more than the nutrition label. Mayochup is crafted with inflammatory soybean oil—which is the first and most abundant ingredient—as well as high fructose corn syrup, potentially cancer-causing potassium sorbate, and sodium benzoate, which has been linked to ADHD. What's more, Heinz doesn't actually use real, whole tomatoes in its ketchup, but relies on tomato concentrate.6254a4d1642c605c54bf1cab17d50f1e

While Mayochup sounds like a fry lover's dream in theory, there are better ways to get your saucy fix. We recommend skipping this bottled version and opting for making your own with better ingredients. Grab a tablespoon of Primal Kitchen's Avocado Oil Mayo for a vegan spin on the sauce or go the traditional route with Sir Kensington's Classic Mayonnaise (which was snagged the top spot in our exclusive mayo tasting!) and pair it with a clean ketchup. We like low-sugar options such as True Made Foods' Vegetable Ketchup, which sneaks in produce like butternut squash and spinach for added nutrients. Now, get dunking!