The Kiwano: The Quirky Fruit with Multiple Personalities

It might not be all that smooth, but a detox-friendly kiwano is surprisingly charming.

I remember the day as if it were yesterday. Five years ago, I waltzed into a Kroger, looking for a juicy fruit to rehydrate with after a blistering hot run. I ought to try something new, I thought. Desperate for energy, I quickly scanned the aisles of the produce section and spotted a quirky, orange fruit that had miniature horns protruding from its glossy surface.

Kiwano is the name of the mysterious fruit I encountered half a decade ago. Also coined as the "Horned Melon," "Jelly Melon," or—my personal favorite—"Cucumis Metuliferus," this melon is one worth trying at least once. The name of the fruit would lead you to believe it correlates to kiwis, however, but it ends up being biologically closer in relation to cucumbers and zucchinis. 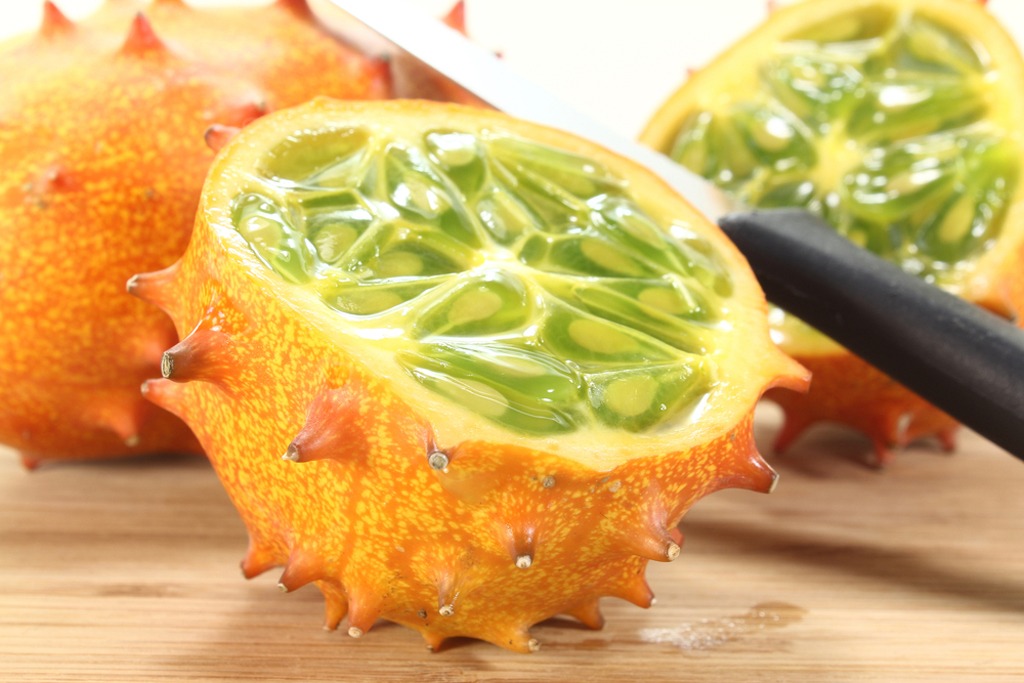 Hailing from Southern Africa and cultivated in parts of Australia, New Zealand, and even the USA, this gelatinous fruit first tastes similar to a cucumber. But once a kiwano is perfectly ripe, it actually resembles the taste of a banana! The green, slimy innards enclose pumpkin-like seeds that are safe to ingest. Regardless of whether its appearance (inside and out) frightens or intrigues you, challenge yourself to snag it off the shelf because this fruit is laden in nutrition.

First and foremost, this fruit is great for weight loss. Seriously! The fruit itself encompasses more than 80 percent of water, allowing you to feel full without consuming an overwhelming amount of calories. An extra perk: Kiwanos can also help tame bouts of stress and anxiety. Research has linked several organic compounds that reside in the kiwano to having the ability to regulate the adrenaline hormone, which has a tendency to fire up under times of stress. Next time you feel the onset of anxiety, bust open this fruit to help you reconnect with a more balanced state of emotion.

Even though the outer skin is inedible, you should wash the oddly intimidating shell; like all fruits and veggies, once you puncture the outsides, you give bacteria and pesticides an opening to enter into its edible core. For a list of other foods that need a rinse, check out these six foods that you should be washing— but aren't.

After washing off the skin thoroughly, follow these steps to indulge in this funky fruit! 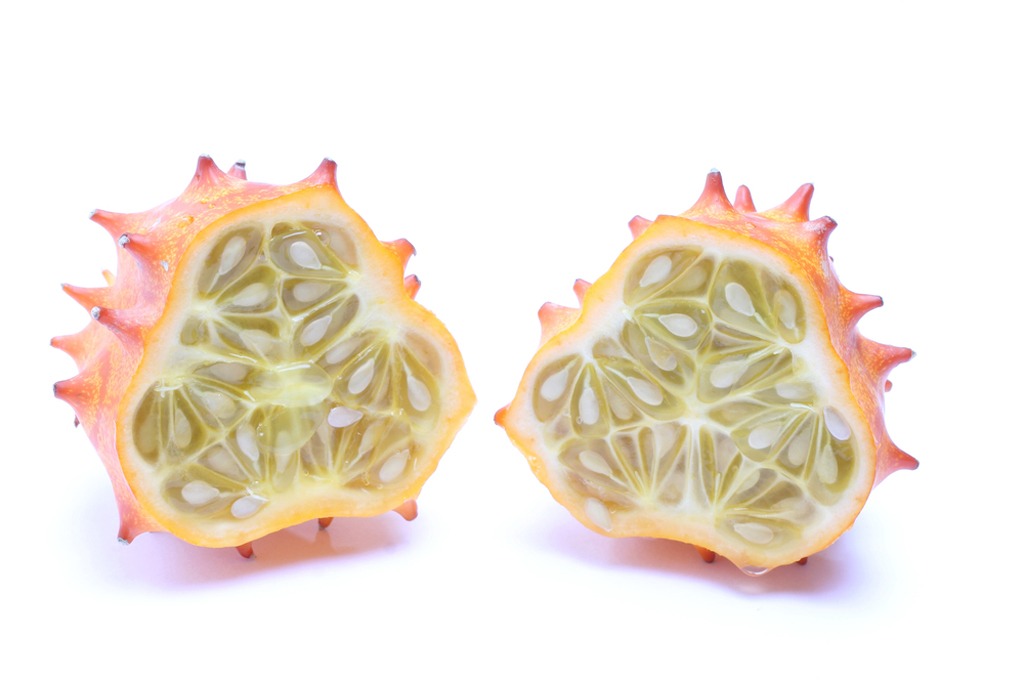 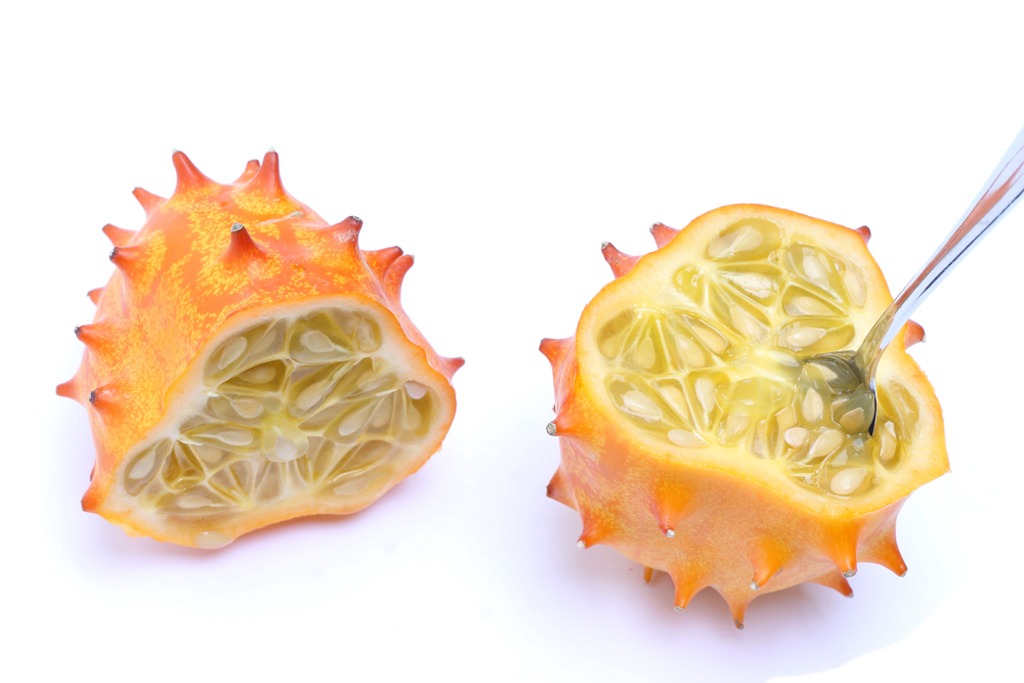 Once it's divided into two wedges, you can either cut each wedge horizontally or immediately dive in with a spoon. Eat your kiwano as is, toss it onto a salad, or mix into to one of your favorite cocktails for an ambitious twist!