Kylie Jenner's new diet seems to nix all of her favorite foods… except pomegranate seeds.

If you follow Kylie's social media accounts, you've likely noticed that some of her pastimes include cooking lasagna in a skimpy getup, fulfilling her donut craving quite often, crunching into beefy cheesy tacos, and slurping up buttered ramen noodles. (We're wondering how in the world she manages to keep her tummy toned with that diet, too!) What's even more shocking than how she maintains a killer physique is that the reality star recently announced to her Snapchat followers that she's revamping her entire diet. And the overhaul is restricting Kylie from all of these comfort food faves.

According to a recent Snapchat, Kylie is now "trying this whole vegan thing." She documented some of her very first plant-based kitchen experiments, which consisted of vegan tacos with a small smoothie on the side, vegan pizza, and "Vegan Raw Soy Free Dairy Free Grain Free Nachos mmm." 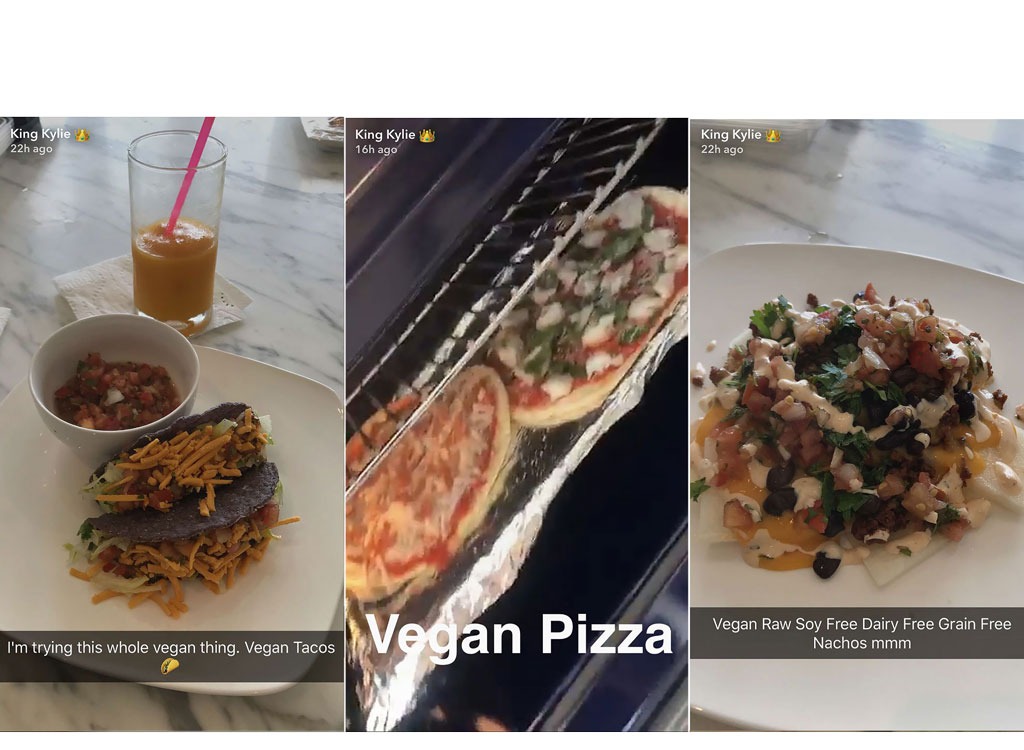 Courtesy of PEOPLE via Snapchat/@kylizzlemynizzl

By eliminating dairy from her diet and filling up on raw foods, it seems like the curvaceous reality star is taking a few diet pointers from her big sis Kourtney Kardashian. And while it's certainly difficult to omit large food groups, veganism may be the most effective diet for weight loss. In fact, a study in the The International Journal of Applied and Basic Nutritional Sciences discovered that folks who followed a vegan diet lost an average of 16.5 more pounds than other participants following a mostly plant-based diet or a diet that incorporated both animal- and plant-based products. If you're ready to forfeit the pounds but not the cheese, there's good news: you can totally Get The Benefits Of A Vegan Diet—Without Going Vegan!