These 7 Cancers Are Caused by Alcohol Use, New Study Says

An alarming new study blames alcohol for over 740,000 new diagnoses in 2020—plus other shocking statistics.

If you've relaxed your self-discipline lately, this might give you a reason to reel things in: A new study just published this week points to alcohol use as a major risk factor for seven serious types of cancer, with statistics affecting men and women that will probably make you think.

A new cancer study was published July 13 in the peer-reviewed journal, The Lancet Oncology, conducted by a group of researchers from mental health and cancer research institutions in the U.S., Canada, France, and Nigeria. In it, the research team asserted that alcohol consumption is rising in countries in China, India, Vietnam, and many countries in sub-Saharan Africa. They added that globally, 6.3 million individuals died in 2020 from cancers of the esophagus, throat, larynx, colon, rectum, liver, and breast (this applied to breast cancer in women, though men can get breast cancer, too).

While this initial statistic stands out—and while the researchers suggest that lessening alcohol use can actually be a cancer-prevention strategy—one of the study's authors, Harriet Rumgay, said that many people aren't aware of the cause-and-effect connection between alcohol and cancer. "Fewer than one in three Americans recognize alcohol as a cause of cancer," Rumgay said. However, the researchers found that in 2020, alcohol use was a factor in 741,300 new cancer diagnoses in 2020.

Continue reading to learn some of the key findings from this cancer study, and don't miss One Major Side Effect of Drinking Alcohol on an Empty Stomach, Dietitian Says.

The numbers are vast.

The 741,300 worldwide diagnoses of these seven types of cancer that were attributable to alcohol in 2020 made up 4.1% of all 2020 cancer diagnoses.

The vast majority of patients were male. 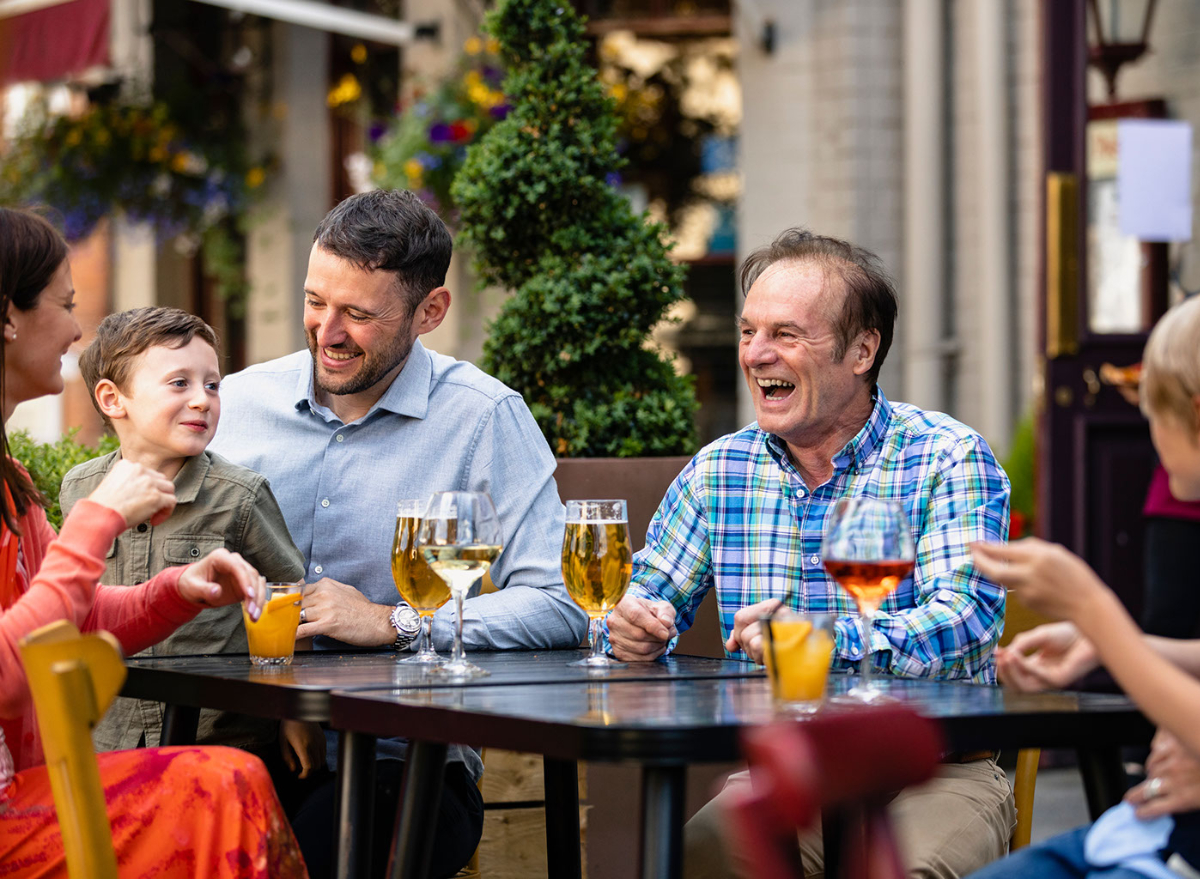 Males accounted for 568,700, or 77%, of total alcohol-attributable cancer cases.

RELATED: One Major Side Effect of Taking Viagra, Study Says

The most common cancers caused by alcohol consumption were…

The amount of alcohol was a main factor.

Though the calculated conversions don't entirely make clear how the researchers categorized three levels of drinking, they conclude: "The largest burden of alcohol-attributable cancers was represented by heavy drinking (346,400 cases) and risky drinking (291,800 cases)." They add that their definition of moderate drinking contributed to 103,100 cases, and drinking up to 10 grams of alcohol per day contributed 41,300 cases.

The researchers say that due to some limitations in analyzing their sample, the number of alcohol-attributable cancer diagnoses may have been even higher than 741,300. They conclude that "effective policy and interventions" are necessary "to increase awareness of cancer risks associated with alcohol use and decrease overall alcohol consumption to prevent the burden of alcohol-attributable cancers."

Sign up for the Eat This, Not That! newsletter, and keep reading:

Krissy Gasbarre
Krissy is a senior news editor at Eat This, Not That!, managing morning and weekend news related to nutrition, wellness, restaurants and groceries (with a focus on beverages), and more. Read more about Krissy
Filed Under
Alcoholic Drinks // Cancer // News