As viruses spread nationwide, these states are at dark red or purple levels.

With a "tripledemic" in full swing, as people get sick from COVID, the flu and RSV (not to mention Strep A), the CDC just released new data in its Weekly Influenza Surveillance Report, which shows which states are seeing the most patients. It's a lot; hospitalizations from flu and other viral illness are increasing more than 30%. Prepared by the Influenza Division, the CDC's "system monitors visits for respiratory illness that includes fever plus a cough or sore throat, also referred to as ILI, not laboratory confirmed influenza and may capture patient visits due to other respiratory pathogens that cause similar symptoms." In other words, it tracks the flu but may be capturing cases of RSV as well. Which states are seeing the biggest influx? Read on—and to ensure your health and the health of others, don't miss these Sure Signs You've Already Had COVID.

"The California Department of Public Health classifies all of Southern California as having high flu levels, while Central and Northern California are rated moderate. Flu is the reason for nearly 4% of hospitalizations each week at Kaiser's Northern California facilities, the highest in any of the prior four flu seasons," says the Los Angeles Times. "In Los Angeles County, flu and COVID-19 cases are surging, and RSV — or respiratory syncytial virus — also remains at a high level." 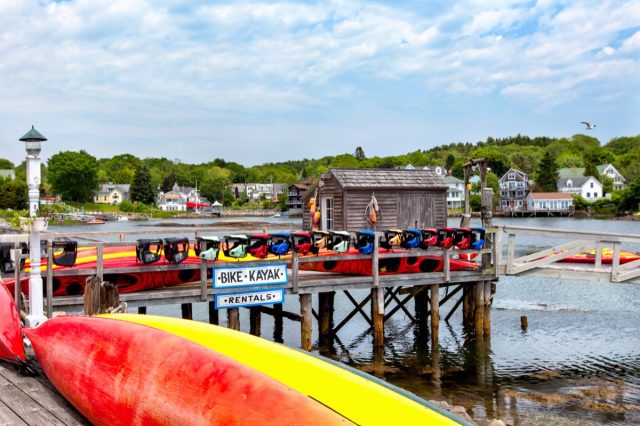 "Maine is experiencing a sharp increase in seasonal influenza (flu) activity statewide according to the Maine Center for Disease Control and Prevention (Maine CDC). The Maine CDC is reminding residents and visitors to take steps to stay healthy, including getting the flu vaccine," reports WAGM News. "Maine's flu season is undeniably here but it's not too late to protect yourself and your loved ones in time for holiday gatherings," said Maine CDC Director Nirav D. Shah. "This year's flu vaccine is a good match for the strains of the virus circulating in Maine and across the country. Getting your flu vaccine is the most effective way to prevent the spread of flu, as well as its worst impacts."

"The Influenza A virus is on the rise in North Dakota. Known in medical circles as the only class of influenza viruses that can cause pandemics, A viruses reportedly can spread quickly if not contained," reports the Williston Herald. "The North Dakota Department of Health and Human Services (NDHHS) in its latest report cited "severe outcomes," with 47 people hospitalized and at least one fatality related to influenza. The report, updated Dec. 14, notes multiple new outbreaks of influenza in North Dakota long-term or assisted living facilities and a 20% rise in absenteeism in schools throughout the state." 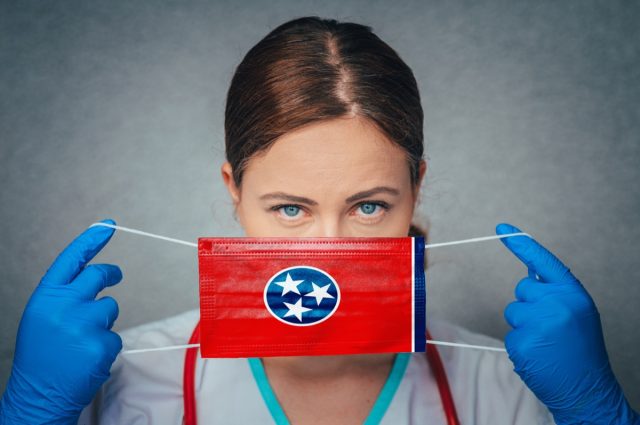 "Tennessee's flu season came early and hit hard but appears to be subsiding, although influenza-like illness activity remains high, according to the U.S. Centers for Disease Control and Prevention," reports the Times Free Press. "As of Friday, Tennessee had dropped from the highest classification, denoted by the color purple, to the next highest classification (dark red) on the CDC's weekly influenza surveillance report. In Chattanooga, influenza-like illness reports peaked between late October and early November and have been declining since, according to surveillance from the Hamilton County Health Department. The latest report from the Health Department shows flu activity still remains high."

"Health care providers at one of Idaho's largest chains of urgent-care clinics were alarmed in the past week, as the share of patients whose flu tests came back positive reached 44%," reports the Idaho Capital Sun. "Primary Health Medical Group announced the spike in influenza at its clinics Wednesday morning. The group urged Idahoans to get vaccinated for the flu, 'as record numbers of influenza cases and high positivity rates are detected at Primary Health clinics across the Treasure Valley.'" More than 650 patients with influenza came to Primary Health's clinics in the Boise area last week, said Dr. Ann Weiss, clinical director for Primary Health."

"Cases of influenza (the flu) are rising in Nebraska and all over the country. Before COVID-19, the flu season would typically peak in January or February. This season, flu cases are rising earlier than typical and growing rapidly," reports Nebraska Med. "The Centers for Disease Control and Prevention estimates that, in the United States, there have already been at least 6.2 million illnesses, 53,000 hospitalizations, and 2,900 deaths from flu so far this season. On an activity scale from "minimal" to 'very high,' Nebraska is currently in the 'very high' category. See the CDC's interactive weekly influenza report by state."

"The country's worst influenza outbreak in more than a decade has left nearly every state with high or very high levels of flu activity, including Colorado," reports Axios Denver. "306 people in the state were hospitalized with the flu last week — a rate increase of 5.9% compared to the previous week, according to the latest state data. Emergency department visits for flu-like illnesses in metro Denver sit at 10.8% — about 9 percentage points higher than the seasonal baseline of 1.8%."

"As the number of flu cases decrease across the country, New Mexico is one of seven states where flu activity is still 'very high,'" reports KOB 4. "New Mexico is marked in 'purple' on the latest CDC flu map, and states can't get higher than that for the week ending on Dec. 17. Even so, the biggest worry right now is COVID-19. According to the latest data provided by New Mexico health officials, hospitalizations are at 130. Much lower than the number of hospitalizations we've seen at various points in the pandemic."

"The three main viruses in circulation this winter — influenza, COVID-19 and RSV — are placing Ohio hospitals under significant strain, the state's top health official said Wednesday. And it's possible that hospitals may see even more patients after the holidays, as germs spread and sicken people at gatherings, said Dr. Bruce Vanderhoff, the director of the Ohio Department of Health, in a media briefing," says Cleveland.com. Said he of RSV, the Flu and COVID: "I want to caution that we need to be mindful of the collective impact of all three of these viruses which have a proven ability to cause severe illness," Vanderhoff said.

How to Stay Safe

There are several steps you can take to reduce your risk of getting influenza (also called the flu):

Get vaccinated: The flu vaccine is the best way to protect yourself and others against the flu. It is recommended that everyone over the age of 6 months get a flu vaccine every year.

Practice good hygiene: Wash your hands frequently with soap and water, especially after coughing or sneezing. Use hand sanitizer if soap and water are not available.

Avoid close contact with sick people: Stay away from people who are sick or have the flu, if possible.

Stay home when you are sick: If you have the flu, stay home from work or school to avoid spreading the virus to others.

Wear a mask in public: Wearing a mask can help reduce the spread of the flu and other respiratory viruses.

By following these simple steps, you can help protect yourself and others from the flu. And to protect your life and the lives of others, don't visit any of these 35 Places You're Most Likely to Catch COVID.

Alek Korab
Alek Korab is a Co-Founder and Managing Editor of the ETNT Health channel on Eat This, Not That! Read more about Alek
Filed Under
and Sinus // Cold // Flu // News // States Guides