But don't overdo it.

Experts have long said that one of the easiest things you can do to improve your overall health, reduce your risk of chronic disease, and get and keep your weight in a healthy range is to move more on a regular basis. The ideal amount of exercise is a bit trickier.

Experts today recommend getting at least 150 minutes of moderate-intensity activity a week to improve heart health and reduce the risk of chronic diseases like cancer, while noting that even more activity may be necessary for some goals like weight loss.

But two provocative new studies have shed light on what the ideal amount of exercise might be, within the frame of the ultimate goal—living as long as possible. Read on to find out more—and to ensure your health and the health of others, don't miss these Sure Signs You May Have Already Had COVID.

This Much Exercise May Have Serious Longevity Benefits

On Thursday, the New York Times reported on two new studies that looked at the relationship between specific levels of exercise and longevity.

The first study, published this month in JAMA Network Open, examined the number of steps people take each day. Researchers analyzed data from a large study of health heart disease among middle-aged people, which has been ongoing for more than a decade. At the outset, participants underwent medical tests and wore an activity tracker to count their steps every day for a week.

The scientists found that men and women who took at least 7,000 daily steps when they joined the study were about 50 percent less likely to have died in the intervening years than those with step counts below 7,000.

"The mortality risks continued to drop as people's step totals rose, reaching as high as 70 percent less chance of early death among those taking more than 9,000 steps," the Times reported.

But Benefits Leveled Off

However, people who took more than 10,000 steps per day rarely outlived those taking at least 7,000. "There was a point of diminishing returns," said study leader Amanda Paluch, an assistant professor of kinesiology at the University of Massachusetts Amherst.

How Much Exercise Is Ideal? 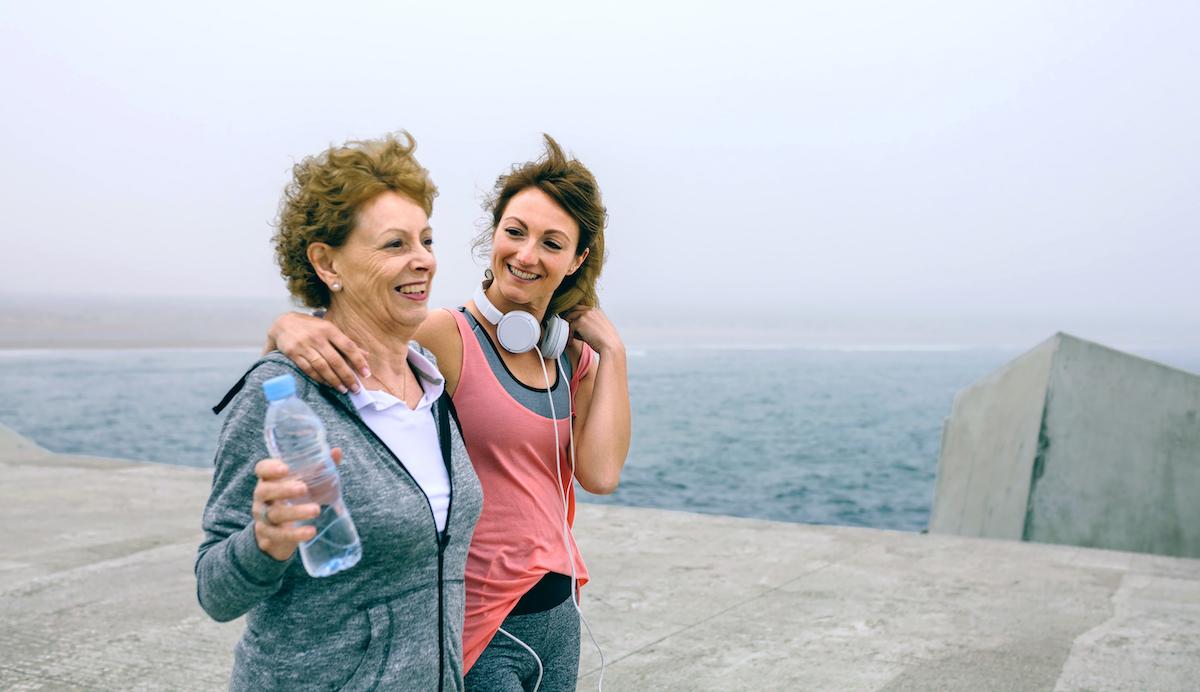 Another study, published in August in Mayo Clinic Proceedings, produced similiar findings in terms of how much exercise is optimal for a long life.

Researchers analyzed data from the Copenhagen City Heart Study, which has been ongoing since the 1970s. Tens of thousands of Danish adults told scientists the number of hours they play sports or exercise each week.

Scientists looked at almost 9,000 Danes who joined the study in the '90s. Those who reported exercising between 2.6 and 4.5 hours per week when they joined were about 40 percent less likely to have died than people who were less active.

Could Too Much Exercise Shorten Life?

As in the JAMA study, the Danish study found that mortality benefits plateaued after a certain point, and even declined among people who worked out for 10 hours or more per week.

"The very active group, people doing 10-plus hours of activity a week, lost about a third of the mortality benefits" compared to people who exercised 2.6 to 4.5 hours a week, said study co-author Dr. James O'Keefe, a professor of medicine at the University of Missouri-Kansas City and director of preventive cardiology at the St. Luke's Mid America Heart Institute.

"​​Both studies pinpoint the sweet spot for activity and longevity at somewhere around 7,000 to 8,000 daily steps or about 30 to 45 minutes of exercise most days," the Times said. To get through this pandemic at your healthiest, don't miss these 35 Places You're Most Likely to Catch COVID.