Here are the Signs of Fibromyalgia Lady Gaga Felt

No, it’s not just in your head.

Fibromyalgia is a mysterious health condition affecting 3 to 6 million Americans. Because there is no evidence of fibromyalgia in medical tests such as blood tests or scans, it's difficult to understand what the cause might be. "I get so irritated with people who don't believe fibromyalgia is real," says Lady Gaga. "For me, and I think for many others, it's really a cyclone of anxiety, depression, PTSD, trauma, and panic disorder, all of which sends the nervous system into overdrive, and then you have nerve pain as a result. People need to be more compassionate. Chronic pain is no joke. And it's every day waking up not knowing how you're going to feel." Here are five signs of fibromyalgia, according to experts. Read on—and to ensure your health and the health of others, don't miss these Sure Signs You've Already Had COVID.

Pain and stiffness all over the body is one of the earliest and most common signs of fibromyalgia. "It can be very difficult to differentiate fibromyalgia from other conditions, but there are some telling signs," says Anita Gupta, MD, a pain specialist at Princeton University. "Fibromyalgia is a disorder characterized by widespread pain that typically has tender points throughout the body." Tingling, burning, and aches have also been reported as symptoms of fibromyalgia.

Chronic fatigue is another symptom of fibromyalgia. "Patients will often have fatigue, stiffness, and difficulty getting out of bed," says Dr. Gupta.

Unexplained memory issues could be connected to fibromyalgia. "Small changes in memory and thinking begin to appear," says Evan Parks, PsyD. "Things that were once easy to accomplish now feel like an immense challenge—following a familiar and simple recipe while cooking dinner, for example. These small changes in memory and thinking can lead to a more pervasive problem, often referred to as "fibro fog.'"

"For most patients, the most difficult symptom of fibromyalgia is the depression," says Dr. Gupta. "They typically can't function, their relationships deteriorate, and it can lead to other situations in their life that cycles out of control." 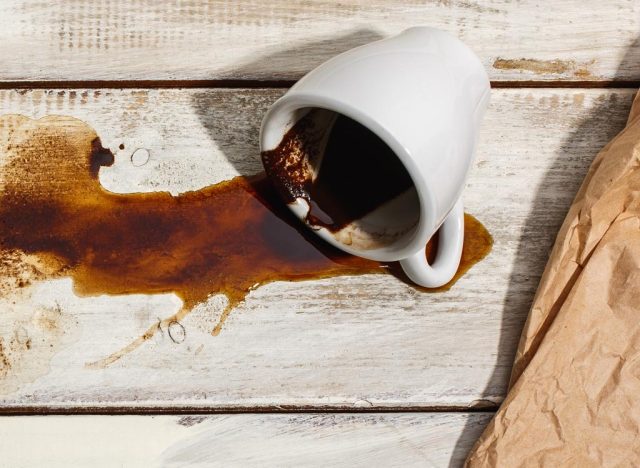 Unexplained muscle weakness and coordination could be a sign of fibromyalgia. "One question I find helpful to ask patients is this: 'How often do you find yourself dropping things?' For some patients with fibromyalgia, their answers are long and varied," says Dr. Parks. "But concerns about their dropped coffee cups, car keys, pens, boxes, or cartons of milk are often dismissed, as these patients never think this may be a sign of the muscle weakness that comes with fibromyalgia."