Major Signs You May Have Dementia, According to Experts

These symptoms may be a warning you have dementia, doctors say.

Dementia is a disorder that affects more than 55 million people worldwide according to the World Health Organization. "It is unclear why dementia affects so many people. Unfortunately dementia is a degenerative process and patients can develop dementia with advancing age," says  Dr. Parham Yashar, MD FACS FAANS Board Certified Neurosurgeon at Dignity Health Northridge Hospital. It's caused when brain cells are damaged, which prevents the brain cells from communicating with each other. As a result, memory, thinking and behavior can be affected. There's several signs that indicate someone has dementia and Eat This, Not That! Health spoke with Dr. Yashar and the Alzheimer's Association who explained the symptoms to watch out for. Read on—and to ensure your health and the health of others, don't miss these Sure Signs You've Already Had COVID.

According to Dr. Yashar, "The biggest complaint that patients do experience with dementia is forgetfulness."

The Alzheimer's Association adds, "Some memory changes can be a normal part of the aging process, but when changes start to interfere with daily living or stray drastically from the person's normal behavior, it is best to get it checked. Some forms of cognitive decline are treatable, but even if it's something more serious, getting a proper diagnosis will allow you to manage the condition optimally."

If someone is having problems with completing routine daily errands and tasks, that could indicate dementia, explains Dr. Yashar. "Patients with dementia can have difficulty with tasks. These include retaining new information such as trouble remembering events, handling complex tasks (for example managing their finances), difficulty coping with unexpected events, word finding difficult, changes in their behavior or personality, or difficulty with orientation in familiar spaces and even getting lost in familiar places."

RELATED: The #1 Cause of Excess Visceral Fat, Says Science

Oftentimes it's a family member or loved one who notices signs of dementia and encourages medical treatment. Dr. Yashar reveals, "Most patients with dementia don't initially see a doctor with a complaint of memory loss—it's more frequent a spouse or family member that brings this issue to the attention of a doctor or healthcare worker."

RELATED: This City Just Reissued Its Mask Mandate For Everyone 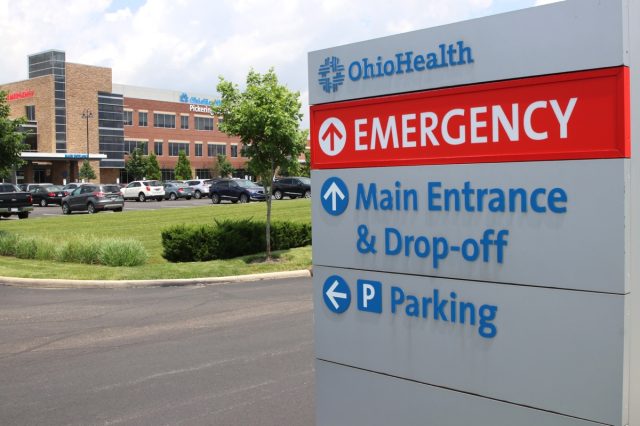 According to the National Library of Medicine, "In 2017, a total of 261,914 deaths attributable to dementia as an underlying cause of death were reported in the United States. Forty-six percent of these deaths were due to Alzheimer's disease."

Dr. Yashar states, "Patients don't actually die specifically from dementia. Rather, as the dementia becomes more and more advanced, they become more vulnerable to other issues including infections which can unfortunately lead to death."

RELATED: I'm a Doctor and Warn You Know This Before Taking Vitamins

The Alzheimer's Association says, "One of the most common signs of dementia is memory loss, but there are other warning signs to look for, including judgment, mood, and executive functioning. For example, if you see a family member struggling with day-to-day tasks they used to do easily, like making a familiar recipe. Difficulty with words—getting lost mid-conversation and finding it hard to get back on track—is also common. Misplacing items and being unable to trace their steps to recall where they were is another sign. Finally, withdrawing from social gatherings and activities someone used to enjoy can be a red flag. The Alzheimer's Association offers 10 early warning signs of Alzheimer's and other dementia at www.alz.org."

RELATED: Signs You Have a "Deadly" Disease Inside You

What to Do if Diagnosed with Dementia

"The best thing the patients can do to limit the extent of dementia is to keep their mind active, " says Dr. Yashar. "Learn new tasks and keep your mind engaged. Continue to socialize with friends and family. And make sure to eat a healthy and Lucius diet while getting a good amount of sleep every night." And to get through this pandemic at your healthiest, don't miss these 35 Places You're Most Likely to Catch COVID.