Side Effects of Smoking Marijuana Daily, According to Research

Five side effects of smoking marijuana to be aware of.

Marijuana provides much needed relief to patients suffering from seizures, anxiety, side effects from cancer treatment and more. Its proven benefits have made a significant positive impact on the medical community in recent years, however there's also negative effects of smoking medicinal marijuana daily, according to research. Read on—and to ensure your health and the health of others, don't miss these Sure Signs You've Already Had COVID.

Don't Wake and Bake, According to Study 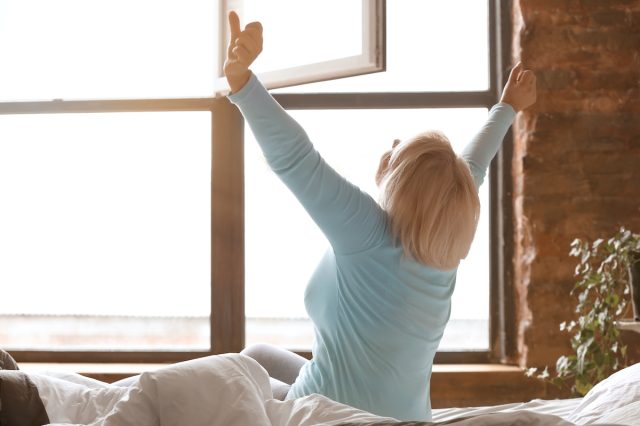 A 2016 study published in the journal Addiction Research & Therapy finds, "Similar to morning use of alcohol among alcohol-dependent individuals, morning use of marijuana may indicate dependence and increased cannabis-related impairment. Morning use also has the potential to lend itself to straightforward intervention."

The study concluded, "Morning users reported significantly more problems than non-morning users, and morning use accounted for significant unique variance in problems. Exploratory mediational analyses did not support the idea that morning use led to problems via withdrawal. The present study provides evidence that timing of cannabis use is an important factor in examining the cannabis-associated problems."

The research found, "Data suggest that ED is twice as high in cannabis users compared to controls. Future longitudinal research is needed to confirm/refute this and explore if a dose–response relationship between cannabis and ED may be evident."

The Centers for Disease Control and Prevention states, "People who use marijuana are more likely to develop temporary psychosis (not knowing what is real, hallucinations, and paranoia) and long-lasting mental disorders, including schizophrenia (a type of mental illness where people might see or hear things that are not really there). The association between marijuana and schizophrenia is stronger in people who start using marijuana at an earlier age and use marijuana more frequently."

The CDC says, "Marijuana use directly affects brain function — specifically the parts of the brain responsible for memory, learning, attention, decision-making, coordination, emotions, and reaction time. Recent marijuana use (defined as within 24 hours) in youth and adults has an immediate impact on thinking, attention, memory, coordination, movement, and time perception. Marijuana affects brain development. Developing brains, such as those in babies, children, and teenagers, are especially susceptible to the harmful effects of marijuana and tetrahydrocannabinol (THC). Although scientists are still learning about the effects of marijuana on developing brains, studies suggest that marijuana use by mothers during pregnancy could be linked to problems with attention, memory, problem-solving skills, and behavior in their children."

According to the CDC, "Smoked marijuana, regardless of how it is smoked, can harm lung tissues and cause scarring and damage to small blood vessels. Smoke from marijuana has many of the same toxins, irritants, and carcinogens (cancer-causing chemicals) as tobacco smoke. Smoking marijuana can also lead to a greater risk of bronchitis, cough, and mucus production, though these symptoms generally improve when marijuana smokers quit. 6254a4d1642c605c54bf1cab17d50f1e

More research is needed to understand the specific effects marijuana smoking may have on lung cancer and other respiratory diseases like emphysema (lung condition that causes shortness of breath) and chronic obstructive pulmonary disease."