The Surprising Reason Why You Could Get a Stroke

See whether you can be at risk and what you can do about it.

When Luke Perry — our favorite "Beverly Hills 90210" heartthrob — died in 2019 of a stroke at age 52, the world was stunned. Messages from heartbroken fans and celebrities flooded the internet, with most of them saying that Luke was too young to die. Perry — who was survived by two kids, an ex-wife, fiancée, and his parents — was younger than many actors still in their prime. (Brad Pitt is 57!)

But the sad truth is that a stroke—also known as a "brain attack"—can happen at any age. In fact, 15 percent of ischemic strokes happen to young adults and adolescents. If you think that you or those close to you are not at risk, think again. Stroke is the second leading cause of death worldwide. Each year, about 800,000 Americans suffer a stroke—with 185,000 dying as a result.

That's not all: One in three American adults has high blood pressure— the leading cause of stroke—and only about half have it under control. With numbers this high, it's likely that you or your mother, brother, or your friend could have it, too.

The good news is that risk factors for stroke are often preventable through healthy lifestyle choices, like managing high blood pressure, high cholesterol and maintaining a healthy weight. But recent studies have uncovered a surprising risk factor for stroke —one that you may not be aware of. It's quite common—and may shock you. Read our report and see what you can do about it. It could save your life.

RELATED: Sure Signs You Had COVID and Didn't Know It

Remind Me: What is a Stroke?

A stroke happens when your brain suddenly stops receiving blood. In most cases (ischemic stroke), it is caused by obstruction of arteries leading to your brain. When it happens, your brain cells are cut off from their supply of oxygen and start to die. With brain cells, you are losing control over your memory and muscles.

Strokes could be small (you can't feel your leg for some time) or large (you can be paralyzed on one of the sides of your body or lose the ability to speak). Some stroke survivors could recover, but most will carry some sort of incapacity after the attack. Let us repeat: it can happen to anyone and at any age.

And What Causes a Stroke Again?

There are many factors that could put you at risk of stroke including high blood pressure, tobacco, heart disease, and diabetes. You may be surprised to learn that stroke can also be a complication of the flu or flu-related illness. Yes, you read it right: flu may lead to stroke. Columbia University researchers found that serious flu or flu-like symptoms led to a 40 percent increased risk of stroke in the two weeks following, as reported in two preliminary studies.

Scientists in Scotland unearthed similar links in a small study, where they found that people were more likely to suffer a stroke in the month after having a respiratory virus. The studies investigated "flu-like illness," rather than confirmed flu cases, since so many people who come down with the flu don't get a confirmed diagnosis with a lab test.

Wait, Do You Mean a Regular Flu?

Yep. Whether it be fever, fatigue, chills, cough or body aches, most of us have experienced a nasty flu at some point in our lives. Each year, between 3 percent and 11 percent of Americans will come down with influenza, or the flu, according to the Centers for Disease Control and Prevention. For this past flu season, that number was between 37 million and 43 million.

Most of us think of the flu as a mild—or sometimes-not-so-mild—annoyance that rears its aching head every autumn, but the flu can be a very dangerous disease. In the U.S. alone, more than 530,000 people were hospitalized with the flu or flu-related complications, according to the CDC. Of those, between 36,000 to 61,000 died.

So, Why is it Happening? 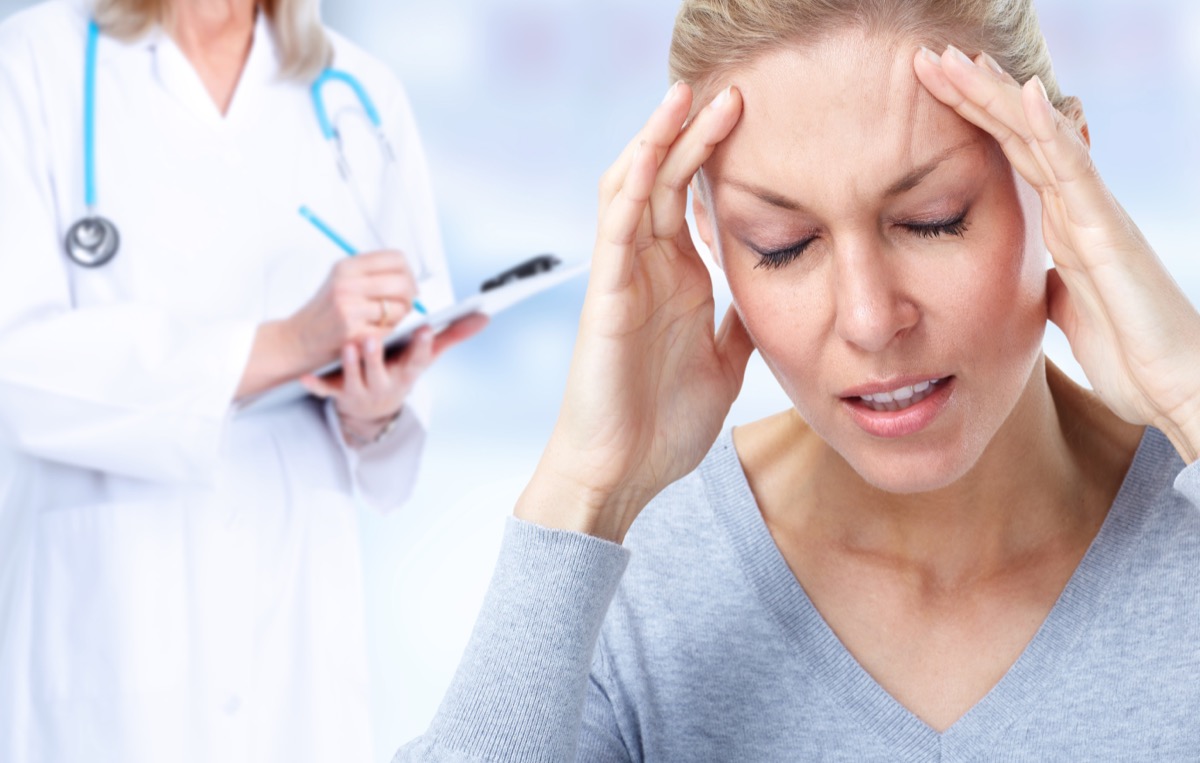 In the Columbia University study, scientists analyzed data from nearly 31,000 people who were hospitalized due to suffering an ischemic stroke. Matching patient illness history with dates of patient strokes, researchers discovered that those who had suffered a flu-like illness faced a 40 percent increased risk of stroke in the following 15 days after being sick. While the risk is most significant in these two weeks, some "risk of stroke remains elevated for about … 365 days," said Dr. Philip Gorelick, professor at Michigan State University's Department of Translational Science and Molecular Medicine, in a video interview about the studies.

We still don't know why it is happening. While there are numerous theories behind the flu-stroke link, no definitive rationale has been found to fully explain the association. Researchers suspect that the inflammation that accompanies the flu may play a role in the heightened risk.

What I Can Do?

The findings underscore the importance of getting a flu shot. "People should consider taking a flu shot. It's been shown in some other studies that if you take the flu shot, you're less likely to get a stroke," said Dr. Gorelick, referencing The New England Journal of Medicine findings that getting a flu shot can help reduce your risk of stroke by about 20 percent.

Recommendation: Follow your doctor's advice and get the flu vaccine. Don't know where to go? Click on this link to find a place near you! And if you recently had the flu, pay attention to symptoms such as trouble talking, walking, or seeing. Check out these common signs of stroke to learn what to be on the lookout for. And to get through life at your healthiest, don't miss: This Supplement Can Raise Your Cancer Risk, Experts Say.