Sure Signs You May Already Have Alzheimer's

These symptoms could indicate you have Alzheimer's, doctor says.

Alzheimer's Disease is a form of dementia that affects the memory and other cognitive abilities that can interrupt normal routines. The majority of people with Alzheimer's are over 65, but it's not a normal part of aging. According to the Alzheimer's  Association, "Alzheimer's is a progressive disease, where dementia symptoms gradually worsen over a number of years. In its early stages, memory loss is mild, but with late-stage Alzheimer's, individuals lose the ability to carry on a conversation and respond to their environment. Alzheimer's is the sixth-leading cause of death in the United States. On average, a person with Alzheimer's lives 4 to 8 years after diagnosis but can live as long as 20 years, depending on other factors." Eat This, Not That! Health talked with Dr. Santoshi Billakota, MD, an Adult Neurologist Epileptologist and Clinical Assistant Professor within the Department of Neurology at NYU Grossman School of Medicine who explained signs of Alzheimer's and how it's different from dementia. Read on—and to ensure your health and the health of others, don't miss these Sure Signs You've Already Had COVID.

Difference Between Alzheimer's and Dementia

Dr. Billokata explains, "Dementia" is a term used to describe a wide range of medical conditions in which there is a decline in cognitive ability. These can be severe enough to impact daily life and independence. There are many different types of dementia, including vascular dementia, frontotemporal dementia, lewy body dementia, to name a few. Alzheimer's accounts for up to 60-70% of all dementia cases."

Signs You May Have Alzheimer's

Dr. Billakota says, "Early signs that suggest you might be suffering from dementia including Alzheimer's are: 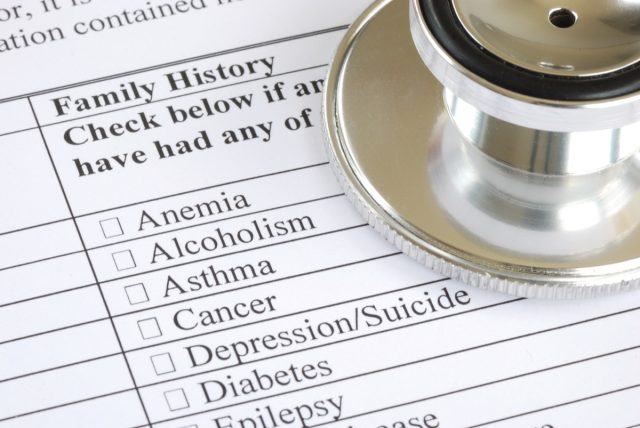 "There is no cure for Alzheimer's disease and it progresses over time. There are some treatments that can possibly slow down the disease process, these should be discussed with your doctor as they might not be right for everyone," Dr. Billakota says.

The Alzheimer's  Association, website states, "Alzheimer's has no cure, but one treatment — aducanumab (Aduhelm™) — is the first therapy to demonstrate that removing amyloid, one of the hallmarks of Alzheimer's disease, from the brain is reasonably likely to reduce cognitive and functional decline in people living with early Alzheimer's. Other treatments can temporarily slow the worsening of dementia symptoms and improve quality of life for those with Alzheimer's and their caregivers. Today, there is a worldwide effort underway to find better ways to treat the disease, delay its onset and prevent it from developing."

RELATED: Warning Signs You Have a "Fatty Liver"

According to Dr. Billakota, "Diagnosis of Alzheimer's or any dementia is done by a neurologist, following a careful medical history, examination, lab tests and brain imaging."6254a4d1642c605c54bf1cab17d50f1e

RELATED: How to Reverse Dementia Risk, According to Experts

How to Help Prevent Alzheimer's

Dr. Billakota explains, "The best way to prevent Alzheimer's or any dementia process include: