Sure Signs You May Be Getting Dementia, According to Doctors

Watch for these symptoms. Identifying the disease early can help you better manage it.

Forgetting someone's birthday or losing your car keys once in a while isn't necessarily cause for alarm. But if you experience a specific set of memory problems—problems like the ones you're about to read about—then there may be cause for concern. "An estimated 6.2 million Americans age 65 and older are living with Alzheimer's dementia in 2021. Seventy-two percent are age 75 or older," according to the Alzheimer's Association. And this is a growing health crisis: "In the United States, Alzheimer's and Dementia deaths have increased 16% during the COVID-19 Pandemic." Read on to learn about the many signs of the deadly disease—and to ensure your health and the health of others, don't miss these Sure Signs You've Already Had COVID.

You May Have Memory Loss That Affects Day-to-Day Abilities

"Are you, or the person you know, forgetting things often or struggling to retain new information?

It's normal to occasionally forget appointments, colleagues' names or a friend's phone number only to remember them a short while later. However, a person living with dementia may forget things more often or may have difficulty recalling information that has recently been learned," says the Alzheimer Society.

You May Have Difficulty Performing Familiar Tasks

"Are you, or the person you know, forgetting how to do a typical routine or task, such as preparing a meal or getting dressed? Busy people can be so distracted from time to time that they may forget to serve part of a meal, only to remember about it later. However, a person living with dementia may have trouble completing tasks that have been familiar to them all their lives, such as preparing a meal or playing a game," says the Alzheimer Society.

You May Have Problems With Language

"Are you, or the person you know, forgetting words or substituting words that don't fit into a conversation? Anyone can have trouble finding the right word to express what they want to say. However, a person living with dementia may forget simple words or may substitute words such that what they are saying is difficult to understand," says the Alzheimer Society.

You May Feel Disorientation in Time and Space

"Are you, or the person you know, having problems knowing what day of the week it is or getting lost in a familiar place? It's common to forget the day of the week or one's destination – for a moment. But people living with dementia can become lost on their own street, not knowing how they got there or how to get home," says the Alzheimer Society.

You May Have Impaired Judgement

"Are you, or the person you know, not recognizing something that can put health and safety at risk? From time to time, people may make questionable decisions such as putting off seeing a doctor when they are not feeling well. However, a person living with dementia may experience changes in judgment or decision-making, such as not recognizing a medical problem that needs attention or wearing heavy clothing on a hot day," says the Alzheimer Society.

You May Have Problems with Abstract Thinking 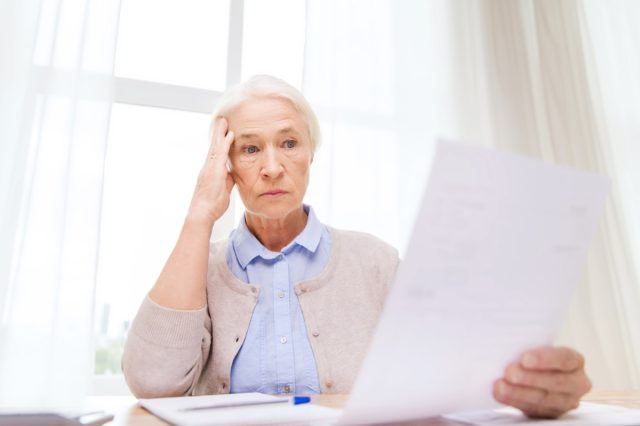 "Are you, or the person you know, having problems understanding what numbers and symbols mean? From time to time, people may have difficulty with tasks that require abstract thinking, such as using a calculator or balancing a chequebook. However, someone living with dementia may have significant difficulties with such tasks because of a loss of understanding what numbers are and how they are used," says the Alzheimer Society.

You May Misplace Things

"Are you, or the person you know, putting things in places where they shouldn't be?

Anyone can temporarily misplace a wallet or keys. However, a person living with dementia may put things in inappropriate places. For example, an iron in the freezer, or a wristwatch in the sugar bowl," says the Alzheimer Society.

Other symptoms can include changes in mood of behavior, changes in personality or a loss of initiative. It's important to get early care. "Earlier in the disease process, you're able to participate more actively in your own healthcare decisions and future plans," says the Alzheimer Society. "Treatment of Alzheimer's disease and other dementias is typically most effective when started early in the disease process. This includes medications as well as some alternative therapies." So see your medical professional if you might have a problem, and to protect your life and the lives of others, don't visit any of these 35 Places You're Most Likely to Catch COVID.