Sure Signs You Have Monkeypox

Medical experts explain what to know about monkeypox and signs you have it.

As if our nerves weren't shaken up enough, there's now another virus spreading around the globe bringing flashbacks of the early days we first started hearing about COVID-19. Monkeypox has been making world headlines due to outbreaks in several countries and Eat This, Not That! Health spoke with experts who explain what to know about monkeypox right now and signs that indicate you could have it. Read on—and to ensure your health and the health of others, don't miss these Sure Signs You've Already Had COVID.

What People Should Know About Monkeypox 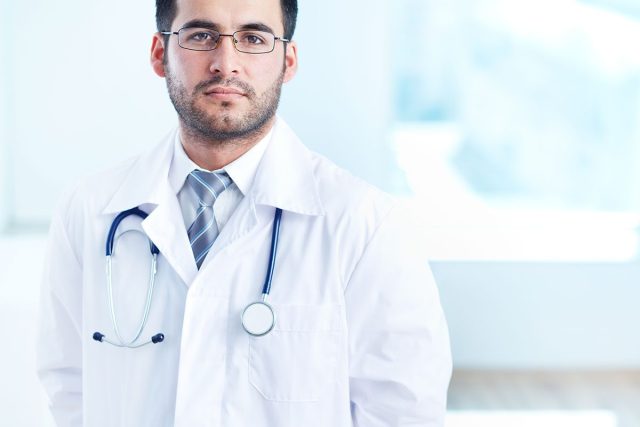 Dr. Eric Cioe-Peña MD, director of Global Health and Emergency Department physician at Staten Island University Hospital says, "Monkeypox is a rare, poorly transmissible virus similar to smallpox. It is found in rats, monkeys and other small mammals and is endemic in Central and West Africa."

Dr. James Davidson MbChB, Former NHS Internal Medicine Doctor, Founder of MedCourse adds, "Monkeypox is a viral infection which has hit the headlines over recent weeks, rattling the nerves of many of us following our less than pleasant experience with COVID. Caused by the monkeypox virus, part of the same family as smallpox, this viral infection causes a variety of unpleasant symptoms, the most notable of which is a blistering rash which spreads across the body. Since its discovery in 1958, monkeypox has been considered a rare infection, mostly limited in spread to central and west Africa, with community transmission of monkeypox infection extremely rare in western nations until a recent outbreak. However, the recent outbreak of monkeypox infections across Europe and North America – particularly in the UK, Spain, and Portugal – has caused a stir, as it appears that it's now being spread in the community in these countries. Cases in these countries are not unheard of, but most cases have been brought over through travel in Africa in the past. In areas where community transmission is rare, there have been 257 cases reported. So, is it time we started whispering the P-word? Probably not. While the mortality rate and unusual spread of monkeypox are concerning, the current strain of monkeypox virus isn't showing anywhere near the level of infectiousness of COVID-19. We don't know enough to rule out a monkeypox pandemic for sure, but for now it looks unlikely."

How Does Monkeypox Spread?

Dr.Cioe-Peña explains, "Monkeypox is primarily spread through contact with someone or an animal with the disease.  Most common route of transmission is with infected skin lesions, but can also be transmitted via respiratory droplets with prolonged close contact (sleeping in the same room, etc.)."

According to Dr. Davidson, "The monkeypox virus is spread in the community through close contact with an infected person. This virus can be transmitted via contact with bodily fluids of an infected person, such as when coughed or sneezed on via direct contact with sores and scabs. Indirect contact, through touching clothing, bedding, or towels used by an infected person can also lead to infection. While we're not sure at this point whether monkeypox can be spread through semen or vaginal fluids, we know that transmission can occur during sexual activity and kissing. Current advice for people with symptoms of monkeypox is to avoid sexual contact for the duration of symptoms and to use condoms for 8 weeks after confirmed infection."

Who Is At Risk for Getting Monkeypox?

The World Health Organization states, "Anyone who has close physical contact with someone who has symptoms of monkeypox, or with an infected animal are at highest risk of infection. People who were vaccinated against smallpox are likely to have some protection against monkeypox infection. However, younger people are unlikely to have been vaccinated against smallpox because smallpox vaccination stopped worldwide after smallpox became the first human disease to be eradicated in 1980. Even though people who have been vaccinated against smallpox will have some protection against monkeypox, they also need to take precautions to protect themselves and others. Newborns, children and people with underlying immune deficiencies may be at risk of more serious symptoms and death from monkeypox. Health workers are also at higher risk due to longer virus exposure."

Dr. Davidson says, "There are certain categories of people who are at higher risk of severe illness, including: 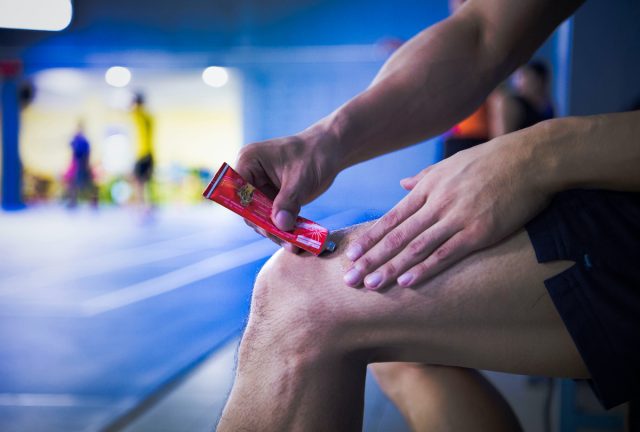 WHO says, "Monkeypox symptoms often resolve on their own without the need for treatment. It is important to take care of the rash by letting it dry if possible or covering it with a moist dressing to protect the area if needed. Avoid touching any sores in the mouth or eyes. Mouth rinses and eye drops can be used as long as cortisone-containing products are avoided. Vaccinia immune globulin (VIG) may be recommended for severe cases. An antiviral that was developed to treat smallpox (tecovirimat, commercialized as TPOXX) was also approved for the treatment of monkeypox in January 2022."

Dr. Davidson states, "Most people who are infected with monkeypox have mild symptoms which improve without any treatment. The main advice for those with symptoms of monkeypox is to self-isolate to avoid the potential spread of the virus, and to contact healthcare services if they begin to develop a rash."

Dr. Golden says, "These symptoms can be caused by any virus — like COVID or the common cold. They can also be the first symptom of monkeypox, before the rash develops."

Dr.Cioe-Peña states, "If you present with a fever, rash and were traveling or have contact in an area where there are active monkeypox cases; such as Boston and West Africa."

Dr. Davidson adds, "As a viral illness, a high temperature is one of the first and most commonly experienced symptoms of monkeypox, usually occurring 1 to 2 weeks after transmission of the virus. If you feel hot and sweaty, or cold and shivery, both are signs of a fever. Grab a thermometer and check – taking paracetamol (acetaminophen) to reduce your temperature if it's over 38C (100F). Aches and pains are other early symptoms commonly found in viral infections. You may experience aches and pains throughout your body, particularly in your muscles, back, and head. Your lymph nodes are glands found throughout the body which play a vital role in fighting off infections, acting as a filter to catch bacteria, viruses, and other infectious organisms. When suffering from a virus, your lymph nodes, which normally contain immune cells, become a battleground for fighting off the invading organism. Your white blood cells swarm to the lymph nodes near the site of infection, causing swelling. Swollen lymph nodes, which you can find in your neck, armpit, and groin, are especially common in monkeypox and are one of the first signs of infection."

Dr.Cioe-Peña explains, "Appearance is similar to a Chickenpox like rash with all of the lesions appearing in similar stages. Starting on the face, arms, legs, moving to palms and soles then to the trunk."

Dr. Golden shares, "Monkeypox causes a very characteristic rash, similar to the rash from a smallpox or chickenpox infection. It usually starts as flat, red spots. These spots then become small fluid-filled blisters. The blisters eventually crust or scab over, then go away. It is most common for the rash to start on the face and arms, but it can also start on other parts of the body — like the genital area or chest."

Dr. Davidson says, "A rash usually develops 1 to 3 days after the first symptoms of monkeypox, often appearing first in the face. The rash will spread as time goes on, and the lesions of the rash change in stages:

This whole process takes 2-4 weeks and eventually the scab will fall off, sometimes leaving a scar."

How Long Do Symptoms Take To Appear

According to Dr. Golden, "It can take anywhere from 5 to 21 days for symptoms to start after a person has been exposed. If you have been in close contact with someone with a monkeypox-like illness, it is helpful to report this to your local health department so they can help you and your community."

Is There A Vaccine?

WHO states, "There are several vaccines available for prevention of smallpox that also provide some protection against monkeypox. A newer vaccine that was developed for smallpox (MVA-BN, also known as Imvamune, Imvanex or Jynneos) was approved in 2019 for use in preventing monkeypox and is not yet widely available. WHO is working with the manufacturer to improve access. People who have been vaccinated against smallpox in the past will also have some protection against monkeypox. The original smallpox vaccines are no longer available to the general public, and people below the age of 40–50 years are unlikely to have been vaccinated, since vaccination against smallpox ended in 1980 after it became the first disease to be eradicated. Some laboratory personnel or health workers may have been vaccinated with a more recent smallpox vaccine."

Dr. Golden explains, "The death rate for monkeypox is very low. In the last US outbreak in 2003, no one died. Mortality rate has ranged from 0 to 10% depending on the outbreak. The outbreaks with a higher mortality rate have occurred in Africa, and mostly affected people with compromised immune systems — like very young infants, or people with advanced HIV. The strain responsible for the present outbreak is a different strain than the one responsible for the outbreaks in Africa associated with a higher mortality rate."

According to WHO, "In most cases, the symptoms of monkeypox go away on their own within a few weeks, but in some individuals, they can lead to medical complications and even death. Newborns, children and people with underlying immune deficiencies may be at risk of more serious symptoms and death from monkeypox.

Complications from severe cases of monkeypox include skin infections, pneumonia, confusion and eye infections which can lead to loss of vision. Around 3–6% of reported cases have led to death in endemic countries in recent times, often in children or persons who may have other health conditions.  It is important to note that this may be an overestimate because surveillance in endemic countries is limited." And to protect your life and the lives of others, don't visit any of these 35 Places You're Most Likely to Catch COVID.