Sure Signs You Have Non-Hodgkin's Lymphoma

Learn about the symptoms that could indicate you have Non-Hodgkin's lymphoma.

According to the American Cancer Society, Non-Hodgkin's lymphoma is one of the most common types of cancer, especially in children and young adults.  "About 80,470 people (44,120 males and 36,350 females) will be diagnosed with NHL. This includes both adults and children. About 20,250 people will die from this cancer (11,700males and 8,550 females)." In addition, the site states, "Overall, the chance that a man will develop NHL in his lifetime is about 1 in 42; for a woman, the risk is about 1 in 52." Eat This, Not That! Health spoke with Dr. George Nahas, medical oncologist at Miami Cancer Institute, part of Baptist Health South Florida, specializing in the treatment of blood disorders and diseases who shares what to know about Non-Hodgkin's lymphoma. As always, please consult with your physician for medical advice. Read on—and to ensure your health and the health of others, don't miss these Sure Signs You've Already Had COVID.

What Should People Know About Non-Hodgkin's Lymphoma?

Dr. Nahas tells us, "There is a lot to know about Non-Hodgkin's Lymphoma that far exceeds the scope of a few thoughts! Non-Hodgkin's Lymphoma is a type of blood cancer that involves the lymph nodes, which is an important part of our immune system when acting normally. Unfortunately, when cells of a lymph node become cancerous, they form lymphoma."

How Treatable is Non-Hodgkin's Lymphoma? 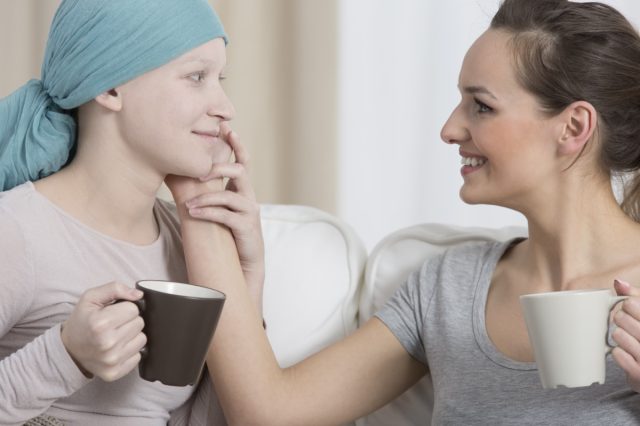 Dr. Nahas says, "Non-Hodgkin's lymphoma is very treatable, when treatment is needed. There are many different types of lymphoma that span the spectrum between slower growing lymphomas to very aggressive, fast growing lymphomas. Treatment, therefore, spans from no treatment at all ("watchful waiting") all the way to chemotherapy and in some cases cellular therapy such as stem cell transplant."

Who is at Risk?

Dr. Nahas adds, "While there are a few factors that put patients at risk for lymphoma, there have not been definitive causes of lymphoma. For example, it is well known that HIV is associated with a lymphoma risk, however every patient with HIV does not develop lymphoma. This is currently a subject area that is constantly developing and warrants future exploration."

Three Questions People Who Might Have Lymphoma are Asked

Dr. Nahas explains, "Every patient with suspicion of lymphoma is asked 3 questions. Do you have fevers? Do you have drenching night sweats? Have you had significant weight loss over the past 3 months? In lymphoma, these are referred to as B symptoms and are actually part of the staging algorithm. It should be noted, however, that these symptoms do not necessarily mean that a patient has lymphoma, but warrants further testing such as imaging, blood work, and tissue biopsy."6254a4d1642c605c54bf1cab17d50f1e

According to the American Cancer Society, "The most common symptom of HL is a lump in the neck, under the arm, or in the groin, which is an enlarged lymph node. It doesn't usually hurt, but it may become painful after drinking alcohol. The lump might get bigger over time, or new lumps might appear near it or even in other parts of the body. Still, HL is not the most common cause of lymph node swelling. Most enlarged lymph nodes, especially in children, are caused by an infection. Lymph nodes that grow because of infection are called reactive or hyperplastic nodes. These often hurt when they're touched. If an infection is the cause, the node should go back to its normal size after the infection goes away. Other cancers can cause swollen lymph nodes, too. If you have an enlarged lymph node, especially if you haven't had a recent infection, it's best to see a doctor so that the cause can be found and treated, if needed."