Sure Signs You're Getting Dementia, According to Science

Never ignore these signs of dementia.

Dementia is a neurological disorder responsible for more deaths than prostate and breast cancer combined. "The human and financial cost of Alzheimer's disease is devastating," says Andrew E. Budson, MD. "More than 55 million people are living with Alzheimer's disease and other causes of dementia, rising to 78 million by 2030 and 139 million by 2050. In the United States alone, the Alzheimer's Association estimated that in 2020, more than 11 million unpaid caregivers provided 15.3 billion hours of assistance (valued at $256.7 billion) to 6.2 million people with dementia. That estimate does not include the $51.2 billion in Medicaid payments for Americans ages 65 and older living with dementia." Here are five unmistakable signs of dementia, according to experts. Read on—and to ensure your health and the health of others, don't miss these Sure Signs You've Already Had COVID.

A recent study shows that having a poor score on a simple memory test could be linked to early dementia, which can precede actual diagnosis by several years—even if the person has no obvious memory issues. "These findings suggest that this test can be used to improve our ability to detect cognitive decline in the stage before people are diagnosed with Alzheimer's disease," says Ellen Grober, PhD, of Albert Einstein College of Medicine in the Bronx, New York. "This could be helpful in determining who to enroll in clinical trials for prevention of cognitive decline. It could also help by narrowing down those who already have signs of Alzheimer's in the brain with a simple test rather than expensive or invasive scans or lumbar punctures." 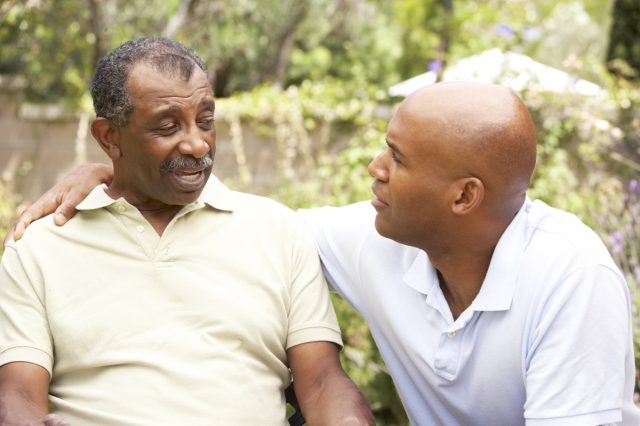 Scientists have discovered that abnormal behavior in specific regions of the brain responsible for speech and hearing could be a potential predictor of early dementia, even when no obvious signs of impairment are apparent. "This opens a new door in identifying biological markers for dementia since we might consider using the brain's processing of speech sounds as a new way to detect the disease earlier," says Dr. Claude Alain, senior scientist at Baycrest's Rotman Research Institute (RRI) and professor at the University of Toronto's psychology department. "Losing the ability to communicate is devastating and this finding could lead to the development of targeted treatments or interventions to maintain this capability and slow progression of the disease."

RELATED: The #1 Sign Your Blood Sugar is "Way Too High" 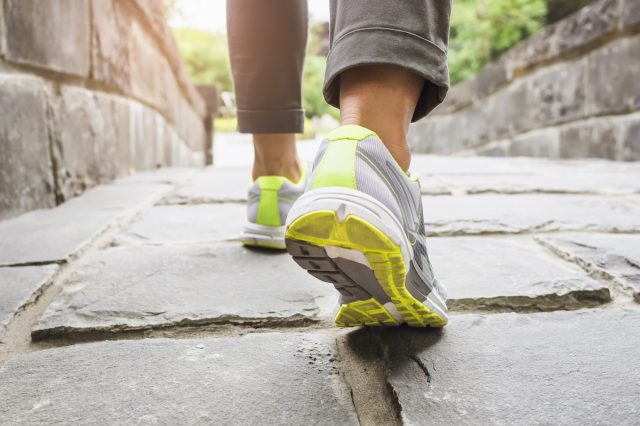 There is growing evidence showing a link between a specific way of walking and Alzheimer's disease. One study from the U.K. found that gait could be used as a diagnostic tool for identifying dementia, down to the specific type. "The way we walk can reflect changes in thinking and memory that highlight problems in our brain, such as dementia," says Dr Ríona McArdle, Post-Doctoral Researcher at Newcastle University's Faculty of Medical Sciences. "Correctly identifying what type of dementia someone has is important for clinicians and researchers as it allows patients to be given the most appropriate treatment for their needs as soon as possible. The results from this study are exciting as they suggest that walking could be a useful tool to add to the diagnostic toolbox for dementia."

Unexplained personality and behavioral changes are a common early symptom of dementia, doctors say. "Currently we mainly look for memory problems and other cognitive problems to detect dementia, but personality changes can often occur several years before the cognitive problems," says James Galvin, M.D. "Identifying the earliest features of dementia may enable doctors to begin therapy as soon as possible. This will become increasingly important as newer, potentially disease-modifying medications are developed. It also gives the patient and family members more time to plan for the progressive decline."

RELATED: Signs Your Gut is Making You Sick, Say Experts

Closely related to personality changes, unexplained depression and apathy could be an early sign of dementia. "Most people think about Alzheimer's disease as being a forgetfulness disorder, but a quarter of people present with nonmemory, noncognitive changes," says James M. Noble, M.D., associate professor of neurology at the Columbia University Irving Medical Center and a faculty member at the Taub Institute for Research on Alzheimer's Disease and the Aging Brain in New York City. "Noncognitive symptoms become quite stressful for caregivers. Seeing changes in personality in important relationships that may have been previously loving can be very challenging."6254a4d1642c605c54bf1cab17d50f1e

RELATED: Signs You Have Parkinson's Disease, According to Experts