The #1 Cause of Obesity, Say Health Experts

Knowledge is power: The cause of the obesity epidemic.

Obesity has become a public health crisis in the US, with 41.9% of US adults either overweight or obese, according to the CDC. "Most people gain weight during young and middle adulthood. The weight-gain trajectory is less than 1 pound per year, but it creeps up steadily from age 18 to age 55," says Frank Hu, MD, PhD, chair of the Harvard Chan Department of Nutrition. "During this time, people gain fat mass, not muscle mass. When they reach age 55 or so, they begin to lose their existing muscle mass and gain even more fat mass. That's when all the metabolic problems appear: insulin resistance, high cholesterol, high blood pressure." Here are the main causes of obesity, according to experts. Read on—and to ensure your health and the health of others, don't miss these Sure Signs You've Already Had COVID.

Eating and Drinking Way Too Much Sugar

Eating too much sugar is a significant driver of obesity, especially in children and young adults. "While there are many causes of childhood obesity, too much sugar in the diet is definitely a factor," says pediatrician Dr. Cindy Gellner. "In 2015, the World Health Organization recommended that everyone, regardless of their age, should have less than 10% of all of their calories every day from sugar. For kids, this means no more than about 45 grams of sugar a day. Well, of course, kids can't figure that out on their own. If it was up to them, many of them would eat cookies for lunch every day. I know some adults that would too. That's where parental control comes in."

Not getting enough sleep is strongly linked to obesity, doctors say. "Obesity develops when energy intake is greater than expenditure. Diet and physical activity play an important part in this, but an additional factor may be inadequate sleep," says Dr Kristen Knutson, from the University of Chicago. "A review of the evidence shows how short or poor quality sleep is linked to increased risk of obesity by de-regulating appetite, leading to increased energy consumption."

A study from Stanford University found that living a sedentary lifestyle could impact obesity rates even more than overeating. "What struck us the most was just how dramatic the change in leisure-time physical activity was," says Uri Ladabaum, MD, associate professor of gastroenterology and lead author of the study. "Although we cannot draw conclusions about cause and effect from our study, our findings support the notion that exercise and physical activity are important determinants of the trends in obesity."6254a4d1642c605c54bf1cab17d50f1e 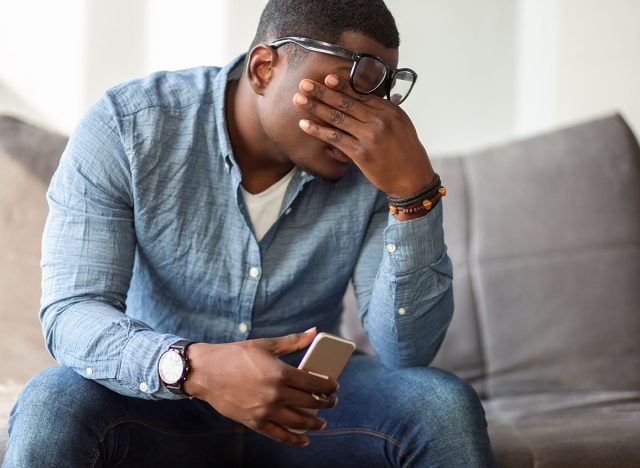 "When people are facing a stressful situation, a chain reaction is set off in the body that results in the release of cortisol, leading to higher levels of this hormone in the body," says Sarah Jackson, PhD, of University College London. "Cortisol is involved in a broad range of biological processes, including metabolism, body composition and the accumulation of body fat," Jackson said by email. "When we're stressed out we may also find it more difficult to find the motivation to go for a run or resist unhealthy foods."

The #1 Cause of Obesity: a Low Fat/High Carb Diet

The obesity epidemic correlates directly with the US government recommending a low fat/high carbohydrate diet in the 1970s, with disastrous results. "We can't blame industry for this. It was a bandwagon effect in the scientific community, despite the lack of evidence—even with evidence to the contrary," says Walter C. Willett, MD, MPH, DrPH. "Farmers have known for thousands of years that if you put animals in a pen, don't let them run around, and load them up with grains, they get fat. That's basically what has been happening to people: We created the great American feedlot. And we added in sugar, coloring, and seductive promotion for low-fat junk food."

"This isn't like tobacco, where it's a fight to the death. We need the food industry to make healthier food and to make a profit," says Dariush Mozaffarian, DrPH '06, dean of Tufts University's Friedman School of Nutrition Science and Policy and former associate professor of epidemiology at the Harvard Chan School. "The food industry is much more diverse and heterogeneous than tobacco or even cars. As long as we can help them—through carrots and sticks, tax incentives and disincentives—to move towards healthier products, then they are part of the solution. But we have to be vigilant, because they use a lot of the same tactics that tobacco did."