Avoid these and live a longer, healthier life.

Aging well isn't just a roll of the genetic dice. Science says you have a lot of control over staying healthy and vital in your later years. It starts by letting go of certain everyday bad habits; the effect that can have on your health and longevity may surprise you. If you're over 60, experts say you should stop doing these things today. Read on to find out more—and to ensure your health and the health of others, don't miss these Sure Signs You May Have Already Had COVID.

Regular exercise can reduce your risk of many chronic diseases, including heart disease, cancer, and diabetes. And exercise is one of the best things you can do to reduce your risk of dementia, a disorder whose main risk factor is aging (most cases are diagnosed in people over age 65). Physical activity gets blood and oxygen flowing to the brain and produces growth hormones that increase its network of blood vessels. 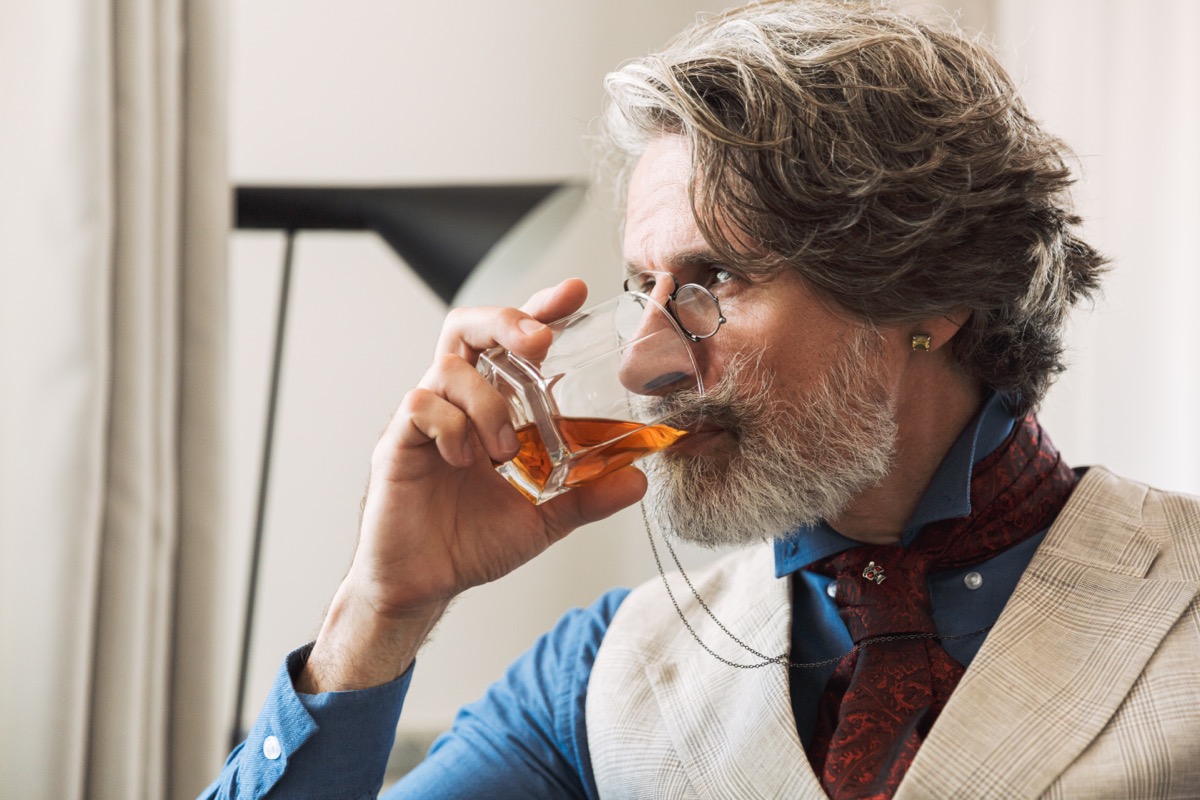 According to the National Survey on Drug Use and Health, 20 percent of people age 60 to 64 —and 11 percent of people over 65—admit to binge drinking regularly. (That's defined as men having more than five drinks, and women four, in about two hours.) Excessive alcohol consumption increases the risk of cancer, heart disease, high blood pressure—diseases whose risk already increases with age. To give yourself the best shot at staying healthy, drink only in moderation: No more than one alcoholic beverage per day for women, and two for men.

RELATED: This Blood Type Puts You at Risk for Heart Disease

Researchers at Yale Medicine recently discovered that in the later years, social isolation may raise your risk of becoming seriously ill or dying. They looked at older patients who had been admitted to an ICU and found that the most socially isolated had a 50% higher "burden of functional disability" in the following year and a 119% greater risk of death. Make socializing as fundamental a part of your routine as physical exercise (and you're doing that, right?)

We never outgrow the need for a good night's sleep. But after 60, that might be harder to come by, because of issues like chronic pain, sleep apnea, or medication side effects. If you're not getting seven to nine hours of quality sleep a night, it's a good idea to talk with your doctor. Sleep is too important to overall health to skimp on: Getting too few Z's has been linked to an increased risk of developing cardiovascular disease, depression, cancer, even dementia. 6254a4d1642c605c54bf1cab17d50f1e

Using Tobacco (Even the Wacky Kind)

It's never too late to stop smoking. Even people who quit between the ages of 65 to 69 can add one to four years to their lives, experts say. Conversely, continuing to smoke after 60 raises your risk of chronic health conditions that increasingly affect older people, such as high blood pressure, diabetes, heart disease, arthritis, and cancer. And marijuana may not be a healthy substitute: A 2018 review of studies found that marijuana use is booming in people over 50; other studies have found that regularly smoking pot is linked to higher rates of depression, cognitive disorders, drug interactions, and accidents in older people. And to get through this pandemic at your healthiest, don't miss these 35 Places You're Most Likely to Catch COVID.

Michael Martin
Michael Martin is a New York City-based writer and editor whose health and lifestyle content has also been published on Beachbody and Openfit. A contributing writer for Eat This, Not That!, he has also been published in New York, Architectural Digest, Interview, and many others. Read more
Filed Under
Aging // Body Health // Health Tips // News // Unhealthy