Warning Signs You Have Alzheimer's According to the CDC

Symptoms of dementia, according to experts.

According to the CDC, 5.8 million Americans are living with Alzheimer's disease (the most common form of dementia) as of 2020. "While we enjoy lower rates of cardiovascular disease and certain cancers than a generation ago, the numbers are going in the other direction when it comes to brain-related impairment," says CNN's resident brain surgeon Dr. Sanjay Gupta. "One new case of dementia will soon be diagnosed every 4 seconds, and it will be the most common neurodegenerative disorder in the country. It's time to change this trend." Here are five warning signs of Alzheimer's disease, according to the CDC. Read on—and to ensure your health and the health of others, don't miss these Sure Signs You've Already Had COVID.

Memory loss and confusion that become so debilitating they disrupt everyday life can be a symptom of Alzheimer's, doctors say. "In Alzheimer's the most typical presentation is not only the memory loss, but that when we get those hints later, it still doesn't come back to us," says neurologist James Leverenz, MD. "It's as if the event or the discussion had not happened. We all forget things a few times or may need a few hints to pull up an event or some sort of specific memory information. But we worry more about it when you've had a conversation with say, a parent, and they don't remember that conversation later and even with hints, it's not coming back to them. That's sort of one of the things that we worry about."

Trouble With Money and Paying Bills 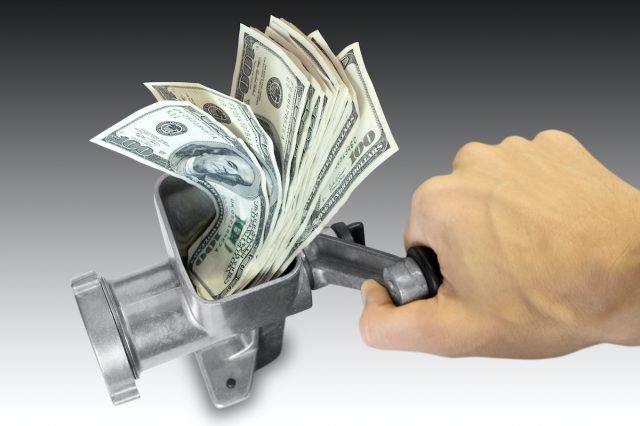 "We were hearing a lot of anecdotes about patients who didn't even know that they had dementia when some of these adverse financial events were happening," says Lauren Hersch Nicholas of the Johns Hopkins Bloomberg School of Public Health. "Then the whole family might find out when they'd lost a home or a business, or suddenly a new scammer had been added to other accounts and was taking their savings."

"From time to time, people may make questionable decisions such as putting off seeing a doctor when they are not feeling well," says the Alzheimer Society of Canada. "However, a person living with dementia may experience changes in judgment or decision-making, such as not recognizing a medical problem that needs attention or wearing heavy clothing on a hot day."

Changes in Mood and Personality

Unexplained changes in mood and personality are common early symptoms of Alzheimer's disease. "Currently we mainly look for memory problems and other cognitive problems to detect dementia, but personality changes can often occur several years before the cognitive problems," says James Galvin, M.D. "Identifying the earliest features of dementia may enable doctors to begin therapy as soon as possible. This will become increasingly important as newer, potentially disease-modifying medications are developed. It also gives the patient and family members more time to plan for the progressive decline." 6254a4d1642c605c54bf1cab17d50f1e

Misplacing Things and Being Unable To Find Them

"People with dementia often lose items as a result of their memory loss," says the Alzheimer's Society U.K. "They may misplace common items, such as glasses or keys, or put an item somewhere for safekeeping and then forget where it is. They may also leave items in unusual places – for example, leaving the remote control in the bathroom, or tea bags in the fridge."

When Should I See a Doctor?

If you are worried about any symptoms of Alzheimer's disease, don't hesitate to talk to your healthcare provider. "Best case scenario, you talk with your doctor, you do some screening and you find out things are OK," says neuropsychologist Jessica Caldwell, Ph.D. "Sometimes it could be something you can treat like a vitamin deficiency. Or you might find out you have Alzheimer's, but at least then you're on the path for treatment and best practices in your life earlier than later."