7 Places You Should Still Avoid After Lockdown Ends

If you've wondered exactly how the COVID-19 virus behaves when swirling in the air around you, consider this grim passage from a blog post written by Erin Bromage, Ph.D., B.Sc., M.S., an associate professor of Biology at the University of Massachusetts Dartmouth:

"If a person coughs or sneezes, those 200,000,000 viral particles go everywhere. Some virus hangs in the air, some falls into surfaces, most falls to the ground. So if you are face-to-face with a person, having a conversation, and that person sneezes or coughs straight at you, it's pretty easy to see how it is possible to inhale 1,000 virus particles and become infected."

In other words: If you're exposed to the aerosol transmission of the virus—especially indoors, especially if asymptomatic carriers are present—you're really putting yourself at risk of getting it.

This is also why Bromage in the same post (which has since gone viral) lays out in shocking detail many of the places and situations you should avoid for the sake of your health and the health of those around you. (Spoiler alert: He cites many real-world examples along the way.)

Thinking of heading back to work soon? Using a public bathroom? Dying to host a post-quarantine dinner party? Read on for all of the reasons you shouldn't.

Sure, many states are allowing for certain businesses to return to work, but many companies are still encouraging employees to work from home if their jobs will allow it. Why? Open floor office layouts—and workstations situated very close together—are essentially a petri dish for COVID-19.

Bromage details how a "single infected employee came to work on the 11th floor of a building" on a floor that had 216 employees. "Over the period of a week, 94 of those people become infected, and 92 of those 94 people became sick (only 2 remained asymptomatic)."

Surprised? We hope not. But if you want to be scared out of your next post-quarantine dinner party or group outing, know that Bromage cites a specific example that illustrates just how dangerous COVID-19 can be during a group meal when he cites what could happen if an asymptomatic carrier is present and simply breathed: "approximately 50% of the people at the infected person's table became sick over the next seven days. 75% of the people on the adjacent downwind table became infected." 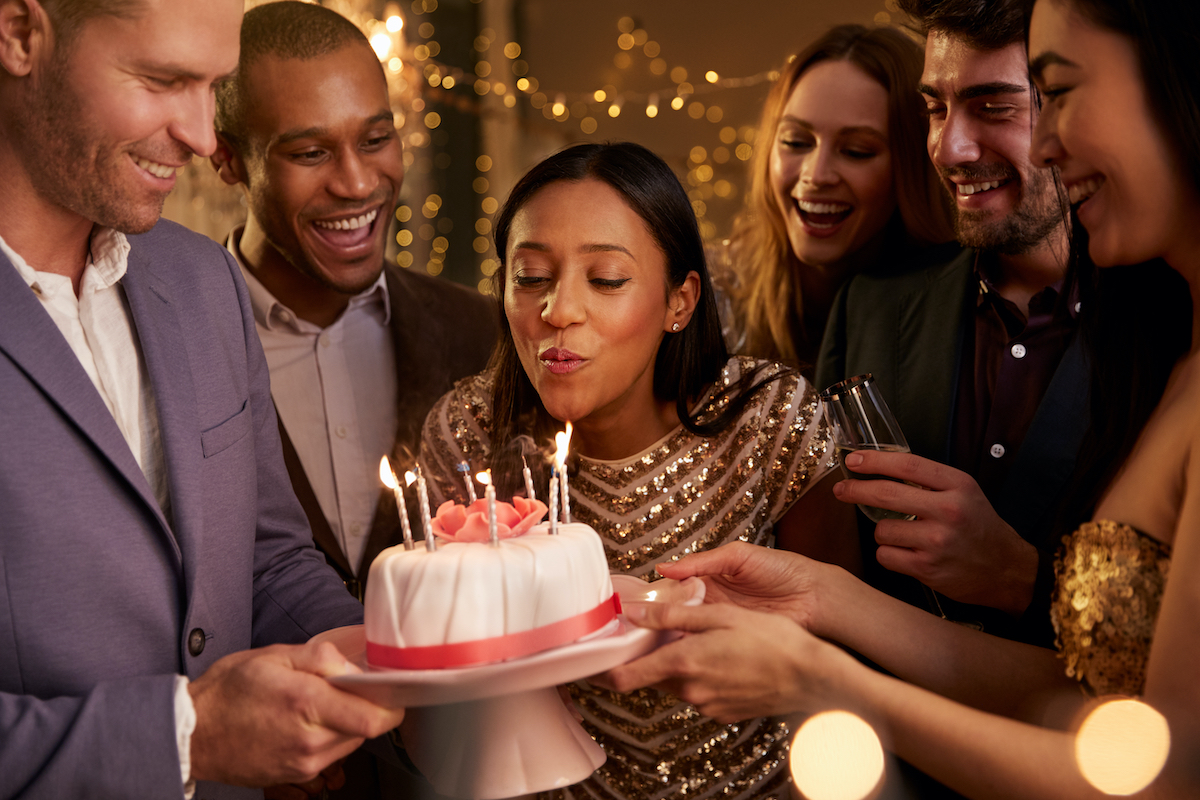 Singing "Happy Birthday" and blowing out candles are typically joyful activities, right? Well, not necessarily in the time of the coronavirus.

Bromage points to a real-life case in Chicago where an asymptomatic individual attended a birthday party and infected three individuals, completely unaware he was sick.

Studies have shown that toilet flushing aerosolizes infectious microbes into the air and those microbes stay airborne for at least a few minutes. Early research on COVID-19 also showed that bathrooms on cruise ships and bathrooms in hospitals were heavily contaminated. Additionally, we know that poorly ventilated indoor areas are risky places in terms of COVID-19.6254a4d1642c605c54bf1cab17d50f1e

The same individual who attended the birthday party also a church choir practice, according to Bromage, and, you guessed it, got a number of people sick. Newsflash: Loud singing leads to the aerosol spread of many germs.

Bromage points to a "super spreading event" that happened during a curling event in Canada in which 72 attendees became another hotspot for transmission. "Curling brings contestants and teammates in close contact in a cool indoor environment, with heavy breathing for an extended period. This tournament resulted in 24 of the 72 people becoming infected," wrote Bromage, warning that indoor sports are a prime event for spreading of any virus.

The same guy who got people sick at a birthday party and choir practice? He wasn't done. According to a report published by the CDC, he also attended a funeral where he hugged family members and others in attendance to express condolences. Within four days, both family members who shared the meal are sick. A third family member, who hugged the same individual at the funeral, also became sick.