This Is How Ryan Reynolds Stays In Killer Shape

With starring roles in Deadpool, Green Lantern, and even making an appearance as Wade Wilson in X-Men Origins: Wolverine, Ryan has repeatedly proved he's capable of chiseling his body to superhuman perfection. Given a good diet is key to flat abs like Ryan's, we were surprised at his latest (and quite funny) revelation: "I am not innovative in the kitchen," Reynolds admitted to Men's Health. "If I cook, you'll have a structure fire. The firemen will kick down our door, take my wife away, and give her a better life."

Unfortunately, his signature quick wit and lack of culinary skills don't maximize his efforts of getting into killer shape, but his trainer Don Saladino does. That's why we've gathered some of the Hollywood star's trainer's best tips and tricks, which happen to be some of the 50 Ways to Lose 10 Pounds—Fast, to looking as much like Ryan Reynolds as a commoner can.

Saladino reviews why sleep is so important for optimal health with every one of his clients, including Ryan. "Sleep is how we repair our hormones so that we're functioning optimally during our workouts," Saladino said to The Daily Mail. "You burn calories at rest and when you get proper sleep, your energy levels are better. So you're more active during the day. I make sure I'm in bed by 9 p.m. every night." 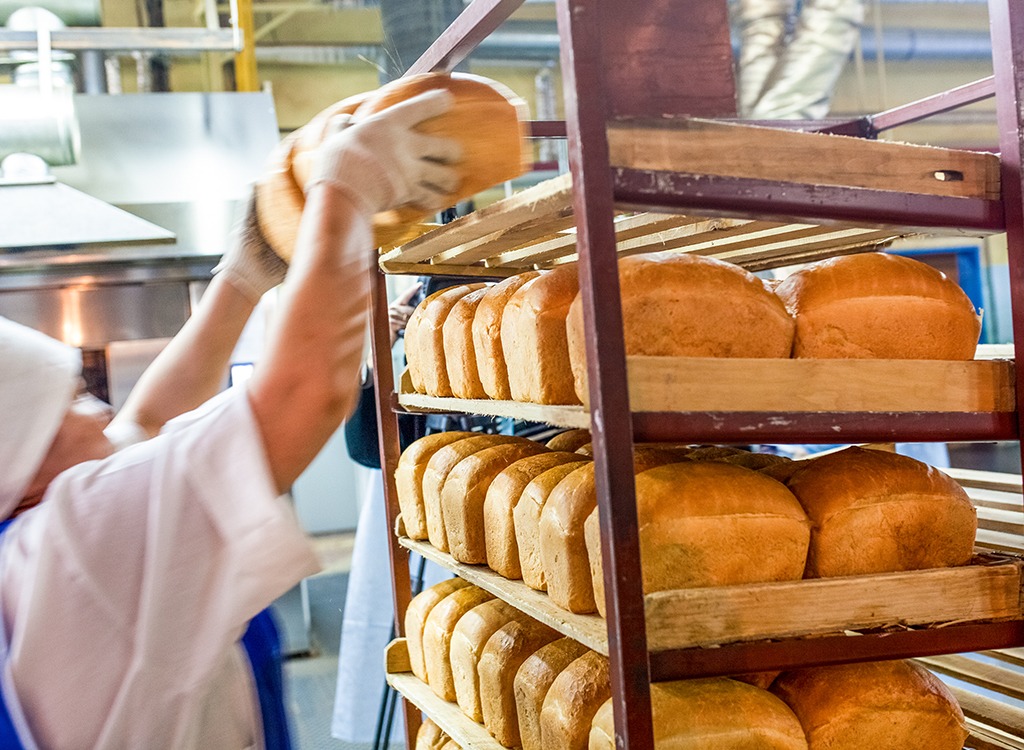 "I suggest avoiding white sugar, so no added sugars, avoid white flour, white bread," Saladino advised. These refined carbs, a.k.a some of the 75 Unhealthiest Foods On The Planet, are lacking in satiating fiber and protein, and usually result in an appetite-awakening insulin spike.

"I prefer people not to be on dairy. But if someone says they like having Greek yogurt, I let them keep that in there," he explained. The key to dairy is choosing the right kinds. Eat This-approved choices like low-sugar Greek yogurts, whole milk, and unprocessed natural cheeses are satiating picks that are packed with slimming omega-3s and CLA. In fact, a study published in the American Journal of Clinical Nutrition discovered that people who consume low-fat dairy are more apt to be heavy than those who indulge in full-fat dairy.

"Ryan Reynolds, for example, he weight trains and resistance trains, you never see that guy on the treadmill," Saladino said, adding that he does loaded carries and sledding with all of his A-lister clients. Saladino isn't the only fitness guru that's a fan of mixing up your workouts. "If you spend a week working hard, exercising intelligently and truly challenging yourself, you can lose several pounds of body fat quite quickly, and feel stronger and tighter overall," says celebrity trainer and creator of Methodology X, Dan Roberts.