If You Live In These States, Be Scared of COVID-19

They have more cases per 100,000 people than any other state.

The COVID-19 outbreaks happening in certain states sound overwhelming, and one clarifying metric is to look at how many cases there are per 100,000 people. The Harvard Global Health Institute did just that and identified the following states as red zones with the highest risk levels. We're ranked them from least dangerous to the most dangerous—although keep in mind if it's on this list at all, the risk is high.

Idaho has had its numbers rising starkly in recent days, with a total of 11,003 cases and 102 deaths. One of them was Samantha Hickey, age 45, a nurse at St. Luke's. "Samantha's death is a heartbreaking consequence of the seriousness of the COVID-19 pandemic," said her employer. "As a life-long learner and community-minded caregiver, Samantha's husband and four children say she wanted to make a difference. They believe she would want her death not to be in vain, but to serve as a stark reminder that people must do whatever they can to protect themselves and others and take this pandemic seriously." 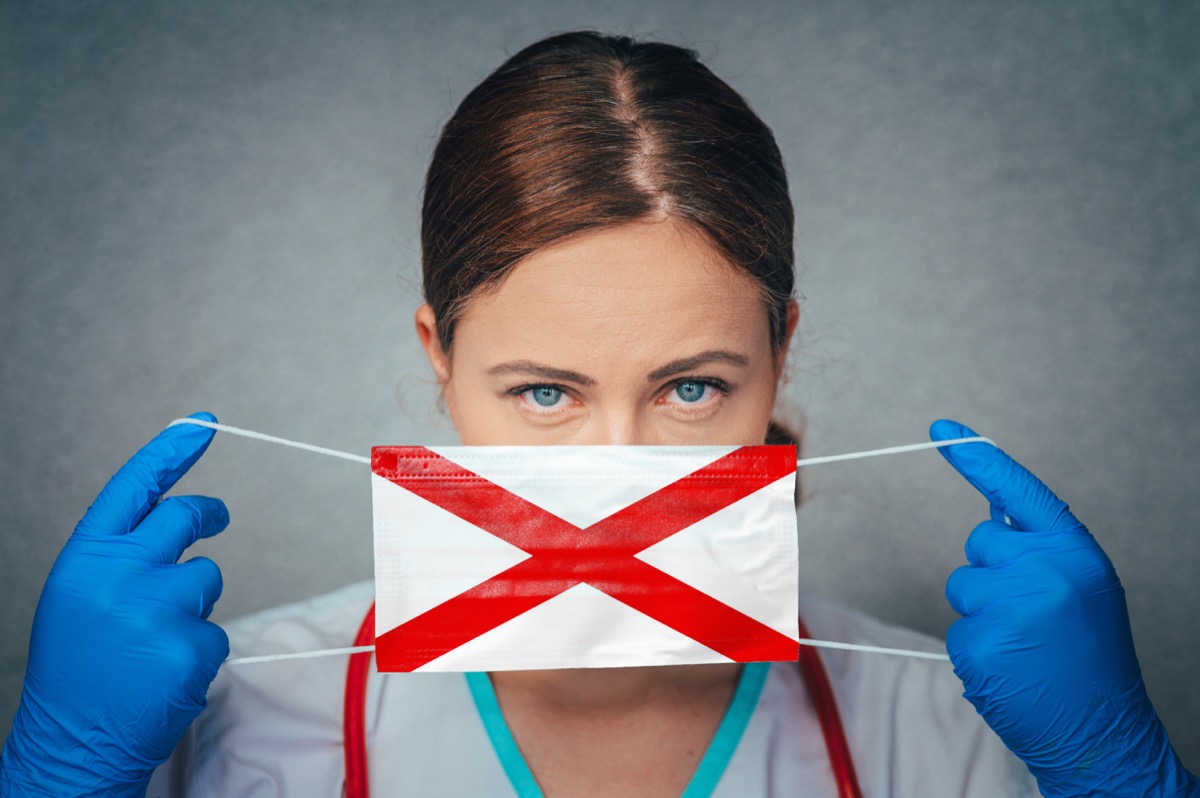 "If we don't do something, we're going to go off the cliff …," warned Judy Smith, district administrator for the Alabama Department of Public Health, according to AL.com. The state has had a total of 55,545 cases and 1,124 deaths.

Of current hospitalizations, there are "2,600, a new record. That's an increase of 88 patients," reports the Ledger-Enquirer. With 112,000 total cases and 2,872 deaths, "Georgia reopened in a reckless manner and the people of our city and state are suffering the consequences," claimed Atlanta Mayor Keisha Lance Bottoms, who has tested positive for coronavirus.

"We're seeing more people hospitalized," Gov. Greg Abbott said. "In fact, for an entire month, there were more people hospitalized each day until today, where it was the first decline in over a month." "Abbott has previously said that another economic shutdown would be a last resort to reduce the spread of the virus. To keep the economy open, he recently ordered that face coverings must be worn in public places," according to KVUE. Texas has 271,000 cases and 3,288 deaths.

South Carolina has had 58,168 total cases and 972 deaths. "The constant rising cases, the overall increase in positive tests, and the total number of deaths closing in on 1,000 paints a worrisome picture for the state South Carolina's fight against COVID-19," reports WIS. "And when you compare data from the Palmetto State to other states making national headlines for high infection rates, it doesn't look much better."

"South Carolina is really leading the nation in our burden of cases, we are up there with Florida, Arizona, Texas, California, and I don't see it going down anytime soon," University of South Carolina Assistant Professor Melissa Nolan, an expert in epidemiology and biostatistics, told the station.

"A public health issue of this nature, if the people of Louisiana insist we enforce our way through it, we're not going to be successful," Gov. John Bel Edwards said over the weekend, referencing the fact that not enough people were social distancing or wearing masks. He shuttered bars and issued a face mask mandate. The state has 79,935 cases and 3,423 deaths and rising.

Likened to "Wuhan six months ago" by one expert, Florida has more COVID-19 than most countries in the world. "Florida reported its highest number of new Covid-19 cases in one day—15,300 on Saturday, according to data from Johns Hopkins University," reports CNN. "That's a new record for the most new cases in a single day from any state—including New York state earlier in the pandemic. It took the entire United States 59 days to top 15,000 combined cases — from January 21 to March 20. It also took the entire US more than two months from the start of the outbreak to top 15,000 new cases in a single day." All in, the state has had 282,000 cases and 4,276 deaths. 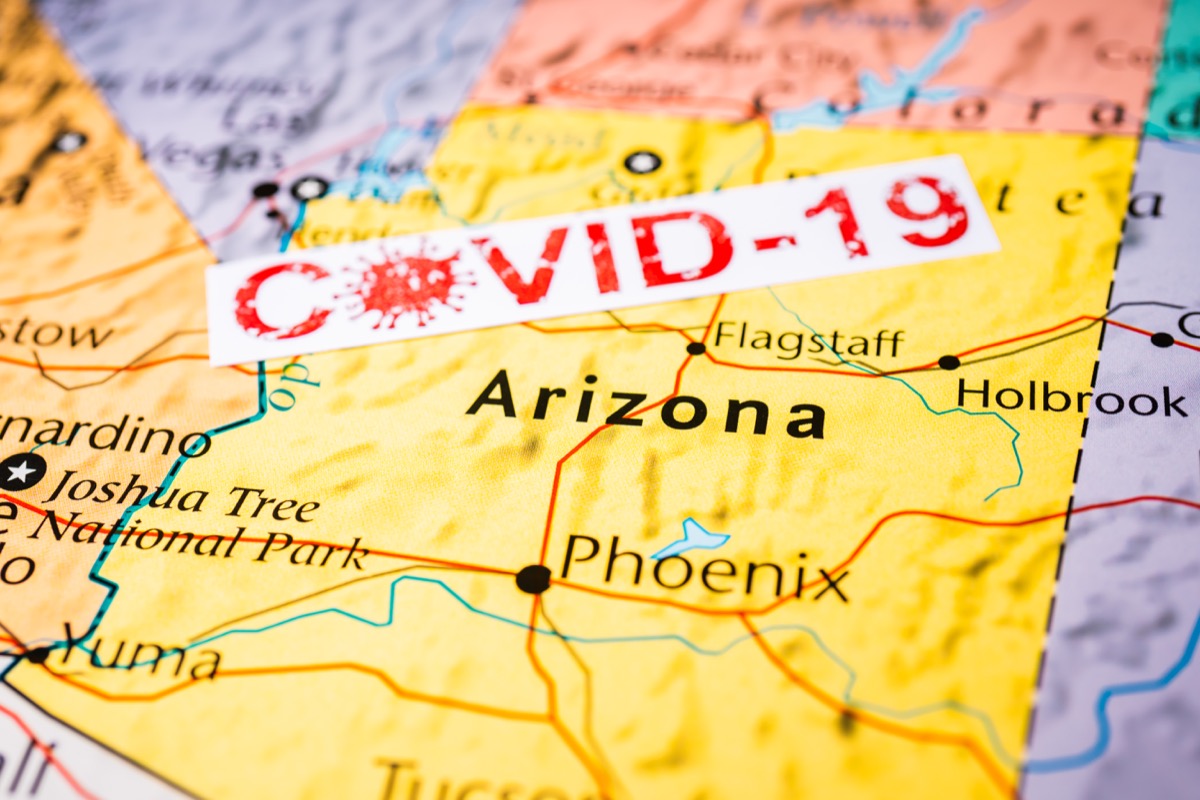 Arizona has more cases per person than any state in the country—and is overwhelmed by them. "ICU beds and ventilators in use by suspected and confirmed COVID-19 patients both hit new records on Sunday, according to hospital data reported to the state," reports AZ Central. "Emergency room visits and inpatient beds in use dropped from the previous day but remained at high levels." The state has had 124,000 cases and 2,249 deaths.

How to Stay Healthy in Your State

Even if your state reopens, continue to practice social distancing, wash your hands regularly for 20 seconds at a time, avoid all crowds, wear a face mask, and don't miss these 37 Places You're Most Likely to Catch Coronavirus.