Here's Exactly Who Gets Breast Cancer, According to the Latest Stats

Male or female, read on to protect yourself.

Next time you're standing in a room with eight women, consider this: An estimated one out of every eight of them are diagnosed with breast cancer in their lifetime. And men, you aren't immune, either. Every year over 300,000 men and women are diagnosed with breast cancer, and approximately 42,000 lives will be lost to the disease, according to the American Cancer Society. In fact, it is the second leading cause of death for women in the United States, after heart disease.

Who's most in danger? Anyone can get breast cancer, no matter their gender, race or age. However, there are risk factors that can make you more likely to develop it. Some of these, such as diet and exercise habits, can be changed so that you can reduce your chances of developing breast cancer. Others, like genetics and family history cannot. However, despite your disposition, educating yourself about who is getting breast cancer can be an effective tool in not only prevention, but early detection. Here's everything you need to know about who gets breast cancer, so you can be the first to know.

Yes, Men Can Get Breast Cancer

Anyone who has breast tissue can get breast cancer—including men. While breast cancer isn't very common in men (they are 100 times less likely to get it than women) each year an estimated 2,200 cases are diagnosed.

But Women Are Most Impacted

According to the CDC, each year 245,000 cases of breast cancer are diagnosed in women in the United States alone and 41,000 lose their lives. It's the second most common cancer for women, after skin cancer.

People of all ethnicities get breast cancer, however, there is a variance amongst different races. According to the Susan G. Komen Breast Cancer Foundation, white and African American women have the highest incidence overall, while American Indian/Alaska Native women have the lowest incidence. Women of Ashkenazi Jewish descent are also more likely to get it, due to their high prevalence of BRCA1 and BRCA2 gene mutations. Experts believe differences in rates can be explained by the specific risk factors applying to each ethnicity.

Most Breast Cancers Are Found in Older Women

As women get older, they are more likely to be diagnosed with breast cancer. According to the CDC, most breast cancers are detected after age 50. The Susan G. Komen Breast Cancer Foundation explains that as we age, the more likely it is abnormal changes will occur in our cells. These changes can encourage the development of cancer.

But Younger Women Get It Too

According to the CDC, approximately 11% of new breast cancer cases in the United States are found in women under the age of 45. Younger women have a greater chance of getting breast cancer if breast cancer runs in their family or if they carry breast cancer genes (BRCA1 and BRCA2), if they are of Ashkenazi Jewish heritage, if they were treated with radiation therapy earlier in adulthood or childhood or if they had other breast health problems in the past.

According to the Mayo Clinic, five to ten percent of breast cancers are linked to genetic mutations—BRCA1 and BRCA2—passed multi-generationally through families. For example, as we've said, these genetic mutations are more common amongst women with Ashkenazi Jewish heritage. Therefore, this group of women is often tested for the mutation, especially when there is a family history of breast cancer. However, according to a recent study conducted by the genetic testing company 23andMe, researchers found that while 62% carrying a BRCA variant did have Ashkenazi Jewish genetic ancestry, 21% of individuals reported no Jewish ancestry. In the same study, researchers found that 44% of individuals carrying an Ashkenazi Jewish BRCA variant had no family history BRCA-related cancer. Because of this, they likely wouldn't be able to quality for clinical genetic testing.

Basically, anyone can be a carrier of one of these genetic mutations and not even know it. If you have a family history of breast cancer or genetic mutations, you should definitely have genetic testing done—Angelina Jolie did, for example, and has a double mastectomy after testing positive for BRCA1. Even if you don't, it's not a bad idea to get tested. You can even do it through 23andMe, who tests for three of the most common genetic variants in the BRCA1 and BRCA2 genes associated with higher risk for breast, ovarian and prostate cancer.

Women Who Get Their Period Earlier

According to the CDC, women who start their menstrual cycle before the age of 12 are more likely to get breast cancer, as they are exposed to hormones longer. This can be a bit alarming, considering that boys and girls are going through puberty earlier than ever before. Scientists have attributed this to everything from diet and the obesity epidemic to exposure to chemicals.

Similar to those who get their period earlier, women who start menopause after the age of 55 are more likely to develop breast cancer, as they are exposed to hormones longer.

According to BreastCancer.org, people who have dense breasts—which basically means there is less fatty tissue and more non-fatty tissue compared to breasts that aren't dense—are twice as likely to develop breast cancer than those who don't. Your physician can determine if your breasts are dense by measuring your tissue's thickness during a mammogram.

Those With a Personal History of Breast Cancer

If you have been diagnosed with breast cancer in the past, you are three to four times more likely to get it in the other breast or in a different part of the same breast.

Those With a Family History of Breast Cancer

If a woman has a first-degree relative—such as a mother, sister or daughter—who has been diagnosed with breast cancer, her chances nearly double, according to BreastCancer.org. However, keep in mind that less than 15% of women who get breast cancer have a family member diagnosed with it.

Women Who Have Undergone Radiation Treatment

If you were exposed to radiation in the chest or face area, you are more likely to develop breast cancer, according to BreastCancer.org. If you had it when you were an adolescent, when your breasts were developing, the chances increase even more.

Women Who Took the Drug Diethylstilbestrol 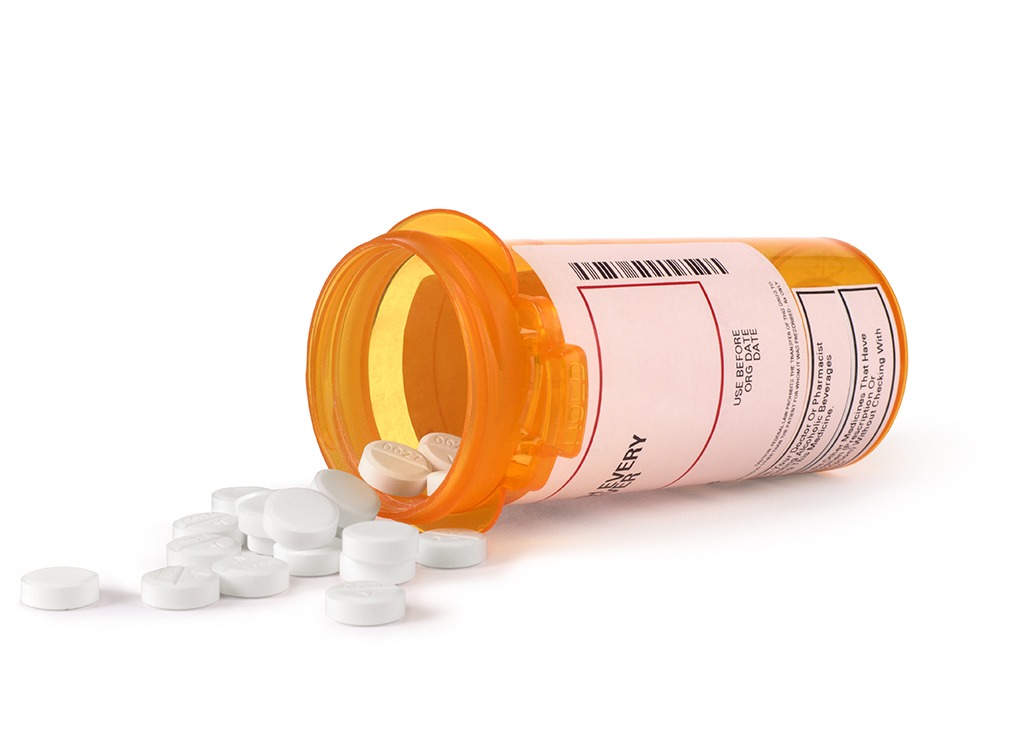 From the 1940s through the 1960s, many women were given the drug diethylstilbestrol (DET) to prevent them from miscarrying. They, as well as the children they were pregnant with while taking the drug, are more prone to a breast cancer diagnosis.

Older Women Who Are Overweight

There is a direct link between obesity and breast cancer. Women with a BMI over 25 have a higher chance of getting breast cancer than those of a healthy weight. The chances increase with age, especially post-menopause. Why is this the case? Fat cells make estrogen, and an increase of the hormone can encourage the development and growth of hormone-receptor-positive breast cancers.

Because exercise helps in preventing excess fat cells, women are physically active and exercise regularly at a moderate or intense level for 4 to 7 hours per week, are less likely to develop breast cancer.

RELATED: 70 Things You Should Never Do For Your Health

Women Who Are Taking Hormones 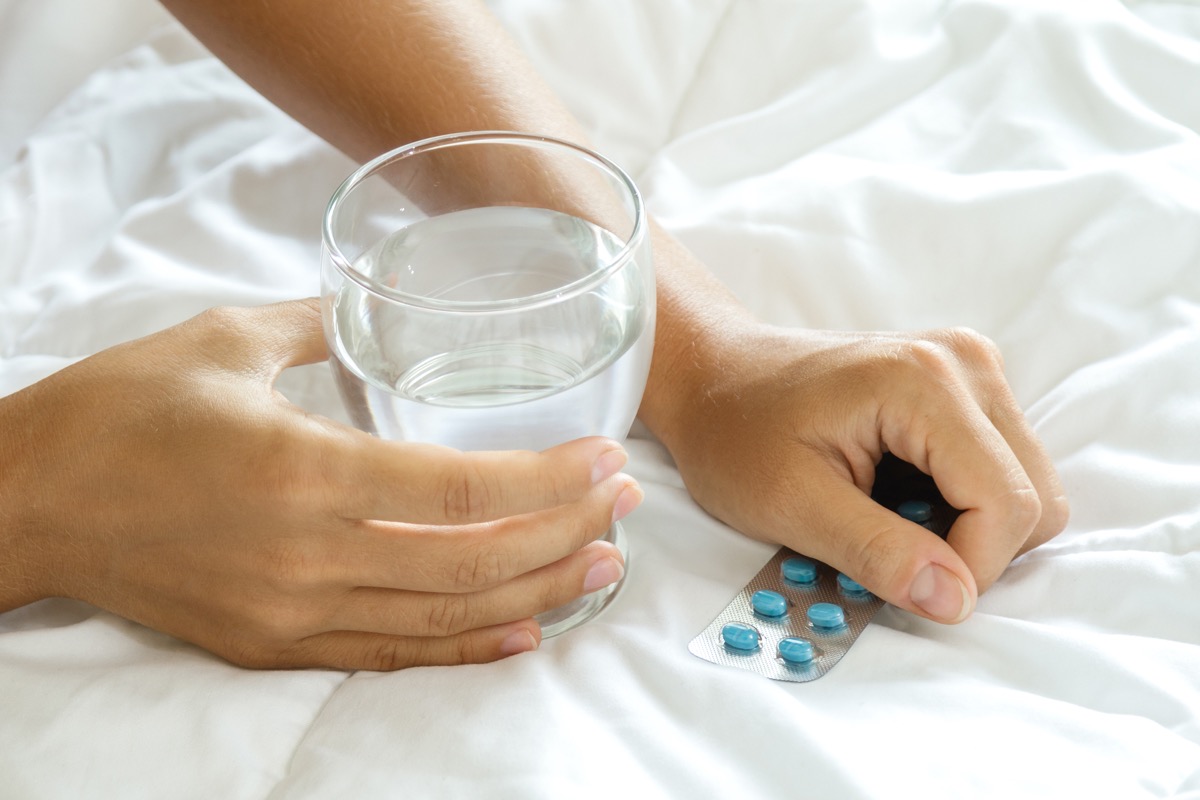 Women who use hormone replacement therapy are more likely to be diagnosed with breast cancer. According to BreastCancer.org, combination HRT – which contains the hormones estrogen and progesterone — increases the chances by 75 percent. Estrogen-only HRT—containing only estrogen—will only increase the risk if used for over ten years.

Science has established a link between alcohol and breast cancer. One review of 53 studies found that for every daily drink of alcohol consumed, the relative risk of developing breast cancer increased by seven percent. Women who consumed two to three drinks per day were 20 percent more likely to be diagnosed with breast cancer.

Breastfeeding for over one year has been shown to reduce the chances of breast cancer diagnosis. One review of studies found a direct correlation between the total time a mother spent breastfeeding during her life and her chances of getting breast cancer. Moms who breastfed for a lifetime total of one year were slightly less likely to get breast cancer, while those who breastfed for two years reaped twice the benefit. Those who nursed for over two fared the best. And to live your happiest and healthiest life, don't miss these 30 Things Oncologists Do to Prevent Cancer.