The Best Cheese Cities in America

Did your hometown make the cut?

Does your city break the top 50 for the most cheese-loving cities in America?

The average American eats more than 40 pounds of cheese a year, according to a study done in 2019. From cheddar and swiss to gouda and brie, Americans are piling cheese on their plates even more than in years past. But what cities are really the best cheese cities in the country?

One study from LawnStarter searched 200 of the biggest cities in the United States to make a list of the best cheese cities, including average cost of cheese, amount of fondue restaurants and Cheesecake Factory locations, and the number of cheese events. We're showcasing the top 50, but you can see the full list here.

San Francisco tops the chart at number one for the best cheese city in America. In fact, the city has the most cheese shops per 100,000 residents in the country.

Wisconsin is often thought of as the cheese capital of America, and it's partly true. Madison is the number one spot in the United States for cheese-related activities and events.

Another California city making the top five is Pasadena, where they rank number four in production of cheese.

Deep dish pizza uses a lot of cheese, which is likely why Chicago made it into the top five. The city ranks third in the entire country for cheese events.

Rounding out the top five is Atlanta, Georgia. The Peach State is also fifth for the most cheese shops per 100,000 residents.

Arlington ranks second for cheese availability, beating out every city in Wisconsin, and all but San Francisco in California.

Torrence is ranked fourth in the entire country for production of cheese, making it one of the cheesiest places in the state.

Taking the number four spot for availability of cheese is Dayton, meaning they have quite a few cheese shops per 100,000 residents.

You can't think about cheese and not think about the Philly cheesesteak. The iconic sandwich is served on just about every corner, but there are more cheesesteak restaurants per 100,000 residents in Fort Lauderdale than in the City of Brotherly Love.

Rounding out the top 10 cheesiest cities in American is Pomona, California. The city isn't super high on the list in availability at 59th, but does come in tied for fourth with other major cheese cities for production.

The southern California city is known for movie stars and healthy eating, but still comes in eleventh on the list of cheesiest cities. Los Angeles is tied for 34th with other major cities for cheese-related activities.

Milwaukee is tied in 15th place for production of cheese, alongside cities like Chicago. The city also ranks at number four for activities related to cheese.

Portland is the only city breaking the top 50 in Oregon. The eclectic city is tied for fourth for cheese activities, including farmers markets and cheese tastings.

This California city ranks 30th for availability of cheese per 100,000 people. While that's not the best cheese score, it wouldn't be too difficult to find some outstanding cheeses in the city.

Long Beach is one of many cities tied for fourth in production, and many of those cities, like Glendale, are in California.

Affordable cheese is easy to find in Baltimore—the city ranks 21st for cost of cheese out of the top 200 cheese cities across the country.

If you're looking for cheese-related activities like tastings, makers classes, or shopping, head to Austin, Texas. This city ranks number two in cheese activities.

Topping the availability chart at number three is Alexandria, meaning the city won't be having a cheese shortage any time soon.

Another city in the tie for fourth for cheese-related activities is Seattle. The city has multiple farmers markets and cheese classes that residents can visit virtually any time of the year.

Cheese is readily available in the nation's capital, where the city ranks at eighth for availability per 100,000 people.

Pinching pennies for cheese in Boston is a must; the city ranks 157th for cost of cheese. Cheese in the historic city is quite expensive.

Everything is bigger in Texas, including people's love for cheese. Dallas ranks 16th in cost per pound of cheese and is tied for fourth in production.

You might not think of North Carolina as a major cheese state, but just think of all of the pimento cheese this Southern state is making in a year. Winston-Salem ranks 21st for availability of cheese per 100,000 people.

Rounding out the top 25 is Palmdale, California. The city is tied for fourth for production of cheese, along with many other California cities, but it ranks highly for cheese cost at 130.

The other Hollywood in the United States is in sunny Florida, where cheese is cheap. The city ranks at two for cost of cheese per pound.6254a4d1642c605c54bf1cab17d50f1e

Greensboro ranks ninth for its availability of cheese per 100,000 people. That sure is a lot of cheese shops in town.

Santa Rosa is tied with Madison, Wisconsin for cheese production at number two. There's a lot of cheese being made by these two cities.

Looking for cheese in Bellevue shouldn't be a challenge. The city ranks 17th for availability per 100,000 people.

Like many other cities so far, Missouri is tied at fourth for production of cheese that's then shipped nationwide.

Cheese is hard to come by in Lancaster, where cheese availability per 100,000 people is ranked at 135.

Cheesemaking in Texas is up and coming, with Garland ranking 15th in the country for production.

Miami is known for its beaches, but it should also be known for the cheese events; the city ranks 25th in the country for cheese-related activities.

Just because everything is bigger in Texas doesn't mean cheese has to cost a lot. In fact, Frisco ranks 18th for cheese cost in the entire country.

Cheese seems pretty easy to locate in Worcester, where the city ranks 14th for cheese availability per 100,000 people.

The number-one place in the United States for production of cheese is Modesto, California.

Cheese is readily available in Paterson, as the city ranks 16th in availability per 100,000 people.

Buying cheese in Hayward is expensive. The city ranks 166th out of 200 cities for cheese cost.

Lying somewhere in the middle for most categories is Providence. The city ranks 71st for production and 46th for cost of cheese.

Cheese activities are abundant in Cleveland, where the city is tied at 25th for cheese-related fun.

Finding cheese is easy in Pembroke Pines; the city ranks 20th in the country for cheese availability per 100,000 residents.

Cheap cheese is easy to find in Salt Lake City. The city ranks 27th for cost of cheese per pound.

If tasting or making your own cheese sounds fun, Bridgeport is a great spot; the city ranks 34th for cheese activities.

Production of cheese isn't very high in Hialeah, but cheese-related activities are easy to find, with rankings of 71 and 25, respectively. 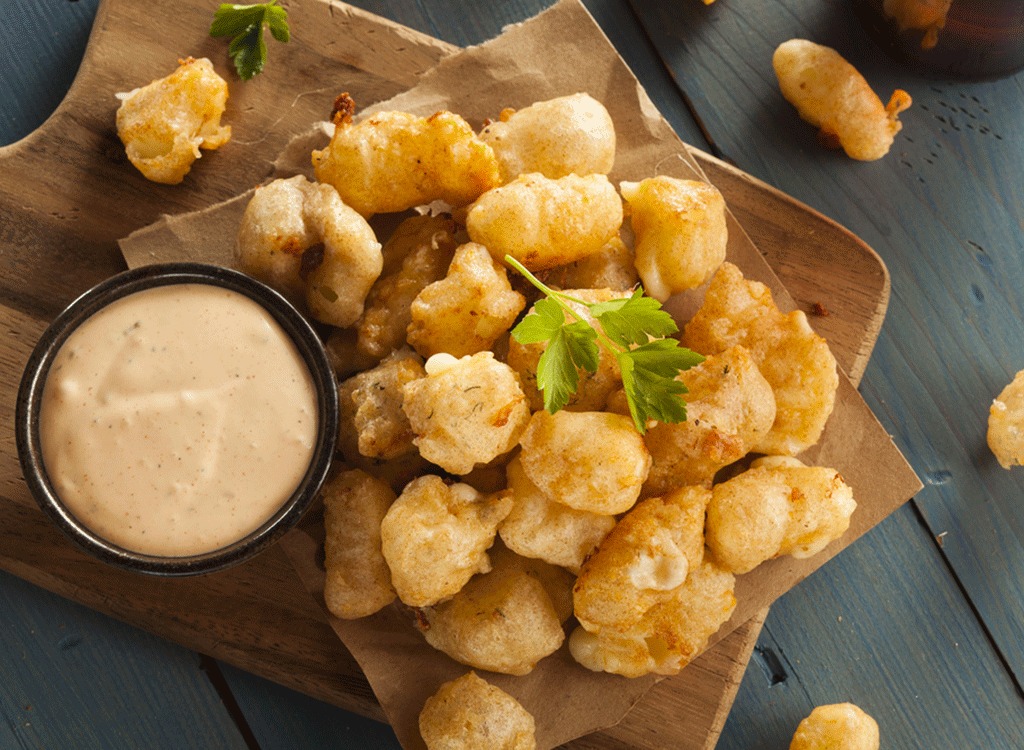 Florida cities are not known for their cheesemaking; Fort Lauderdale is also ranked at 71st for cheese production.

Another California city making top marks for production is Oakland, which ranks 20th in the country for making cheese.

Cheese can get pricey in New Jersey. In fact, Jersey City ranks 131st for cheese cost in the country.

Cheese activities must be around every corner in Pittsburgh, where the city ranks tenth in the nation for cheese-related fun.

Ranking 15th for availability per 100,000 people is Huntington Beach. That sure is a lot of cheese shops in the city.

Rounding out the top 50 cheesiest cities in America is Sunnyvale, California. The city is tenth in availability but 166th in cost of cheese.