Even when the sun is out and shining, the days get longer, trees start blooming and birds chirping, it doesn't really start to feel like spring until Cadbury Creme Eggs hit the market. Once you see the foil-wrapped fondant-filled chocolate eggs at the grocery store, you know Easter is around the corner.

The iconic candy has been filling Easter baskets for generations, but do you know many are made every year? Or that you can deep fry one? Or that there are "three" right ways to eat one? Our editors at Eat This, Not That! have rounded up some of the most fun and delicious facts about the Cadbury Creme Egg. And speaking of guilty pleasures, don't miss our list of the 50 Unhealthiest Foods on the Planet. 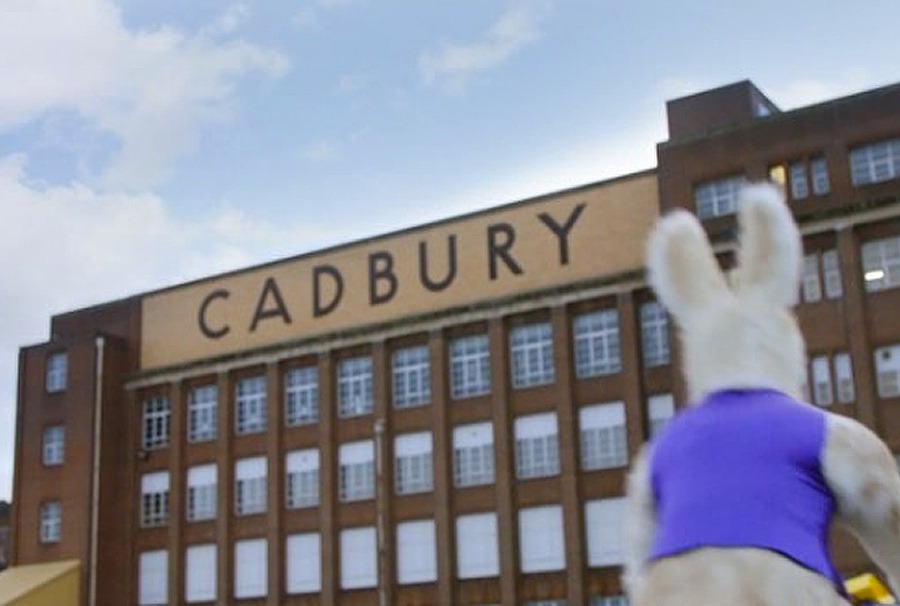 Cadbury founder John Cadbury opened his first shop in 1824 where he sold cocoa and drinking chocolate. But the first manufacturing business wasn't opened until 1831 when John Cadbury bought a four-story warehouse to create his cocoa products.

The First Cadbury Easter Eggs Were Produced in 1875 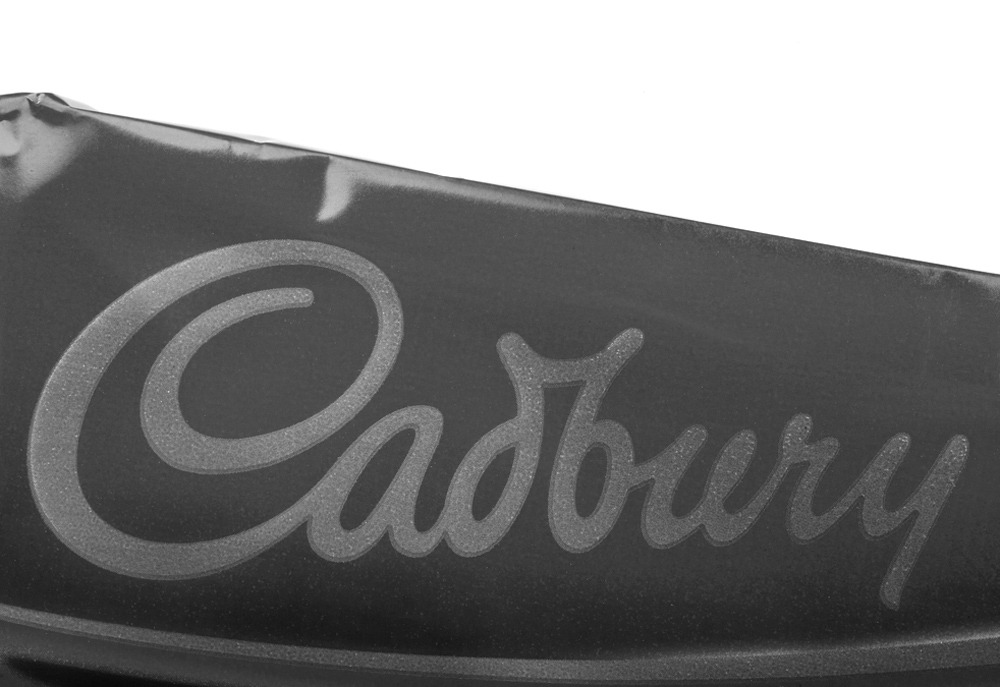 Before the Cadbury Creme Eggs that we know and love today, the candy company created their first Cadbury Easter eggs in 1875. The chocolate eggs at this time were made with dark chocolate and had a smooth surface, and were filled with what were called "dragees," which were sugar-coated chocolate drops.

First Filled Eggs Were Released in 1923 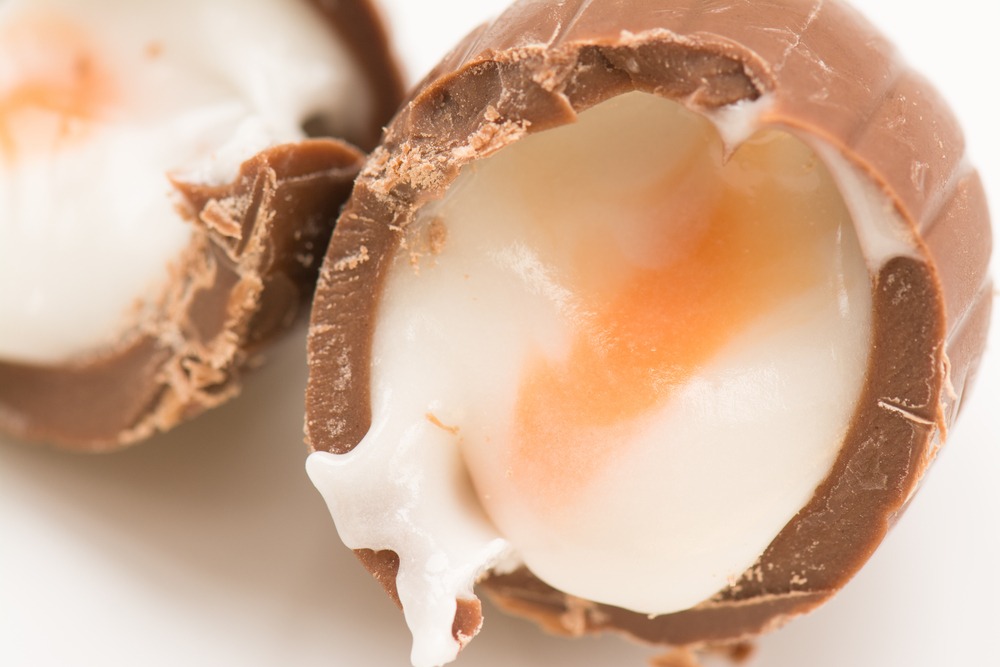 In 1921, Cadbury first revealed their cursive script that they're known for today. It was emblazoned on the side of their transportation fleets. Two years later, they Cadbury first released their cream-filled eggs, in 1923, the first variation on the creme eggs.

Although a version of the chocolate Easter egg came out in 1875, and a type of cream-filled egg was released in 1923, Cadbury didn't introduce the creme-filled eggs we know and love today until 1971. That's 46 years of the adored Easter treat!

500 Million Are Made Each Year 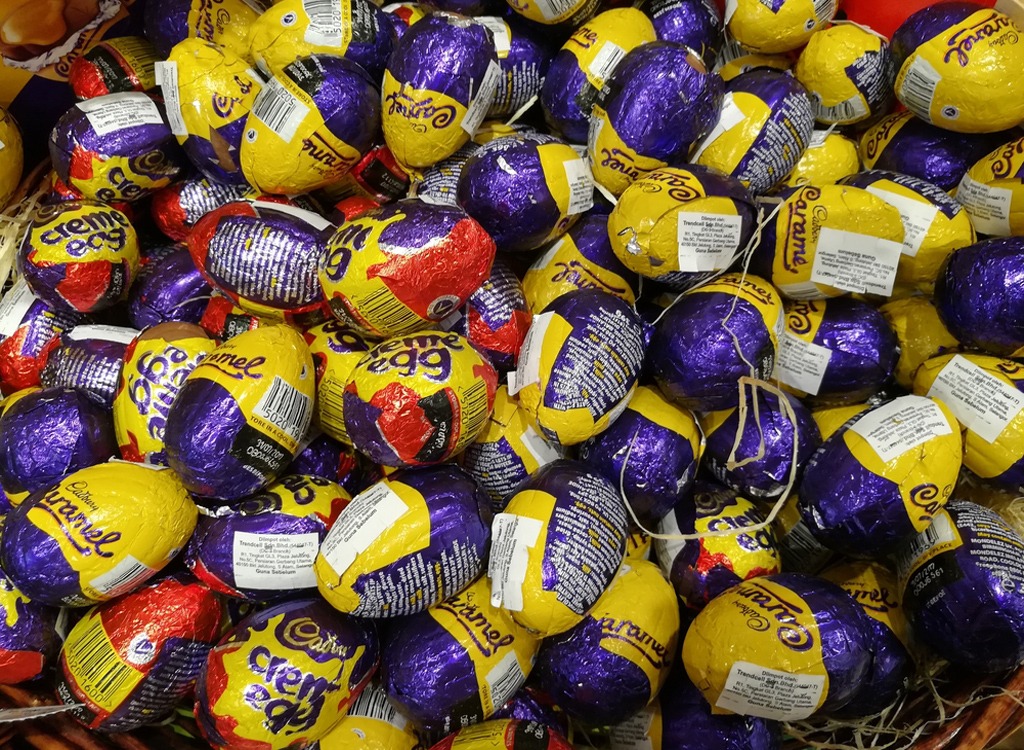 The creme eggs are by far the most popular Cadbury offering, and 500 million creme eggs are made each year. About ⅔ of those eggs are enjoyed in the UK. That translates to about 3.5 creme eggs per person living in the UK!

Cadbury Caramel Eggs Were Released in the '90s 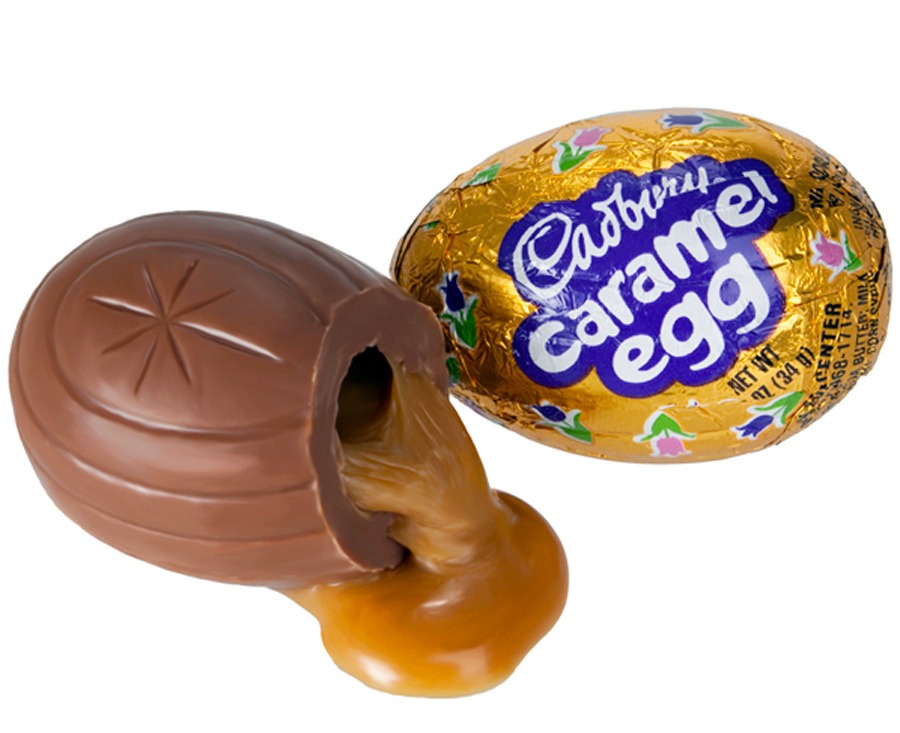 Cadbury caramel eggs are almost as popular as the original creme eggs, but they haven't been around for nearly as long. The caramel eggs didn't hit the market until 1994, but that's 23 years of delicious, caramel-chocolaty goodness. 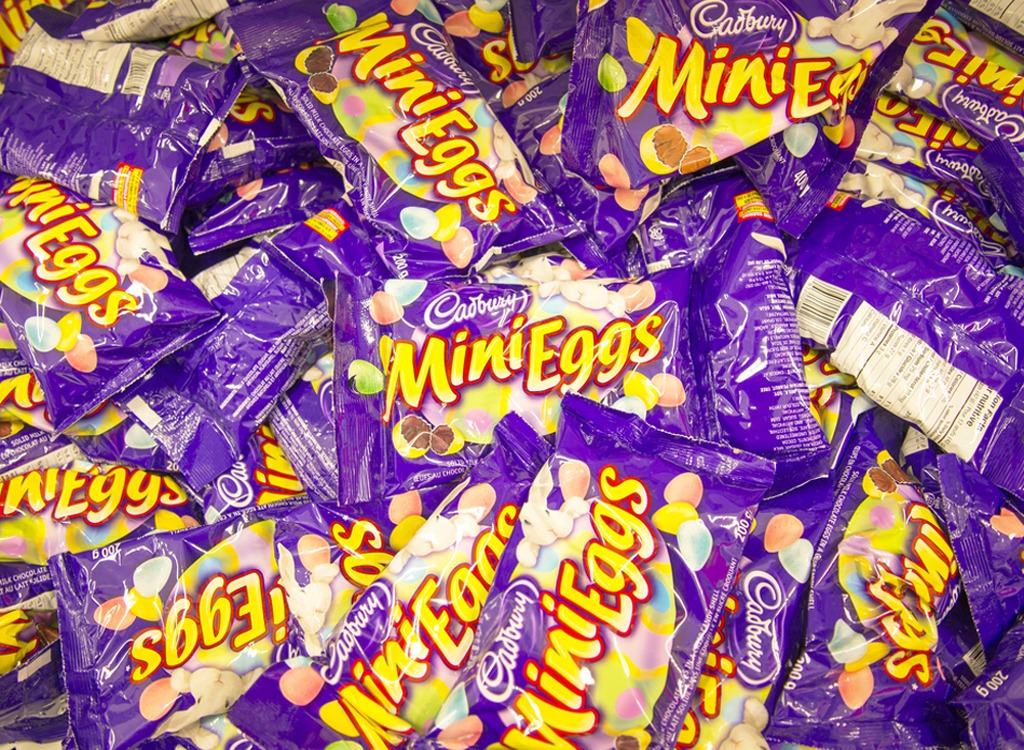 In addition to the traditional creme eggs and the caramel creme egg, Cadbury offers 25 different types of chocolate-covered eggs! Some of the other flavors include orange creme, Fudgee-O egg, and mini creme eggs.

The Name is Different in Canada 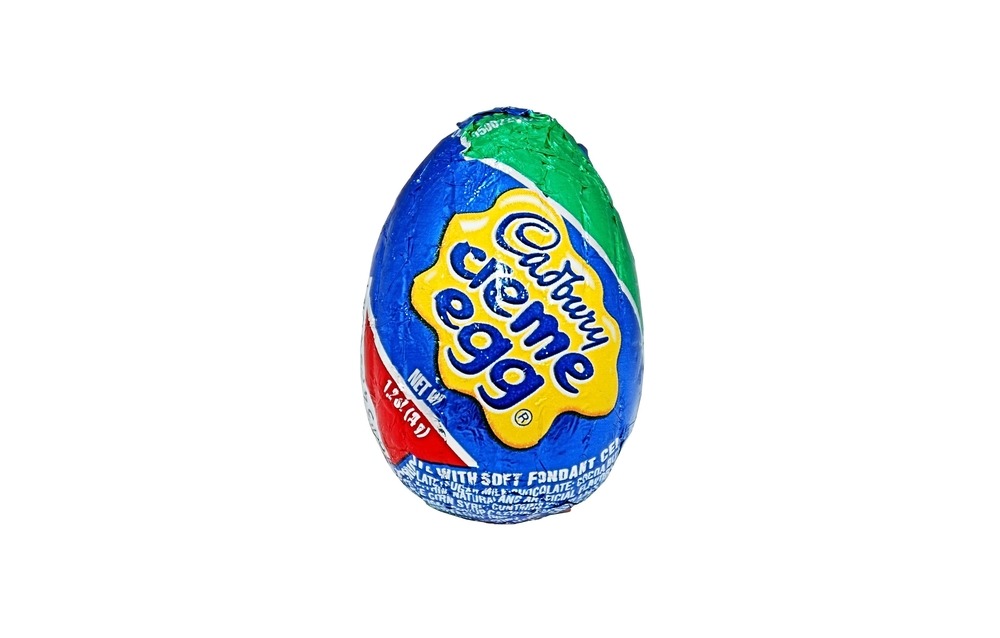 Cadbury Creme Egg sounds so cute and precise, but Canadians have their own name for the popular Easter treat: Oeuf-fondant. In French, it translates exactly to "Egg-based."

There's a Reason It's 'creme'

Although Cadbury hasn't confirmed this, there's a reason why some food companies spell their cream filling as "creme." A product must contain dairy for it to be considered cream. So while the milk chocolate exterior contains dairy, the inside filling does not. The "creme" is instead made with fondant, which is made with sugar, glucose syrup, invert sugar syrup, dried egg white, flavoring, and paprika extract for color.

You Can Make Brownies 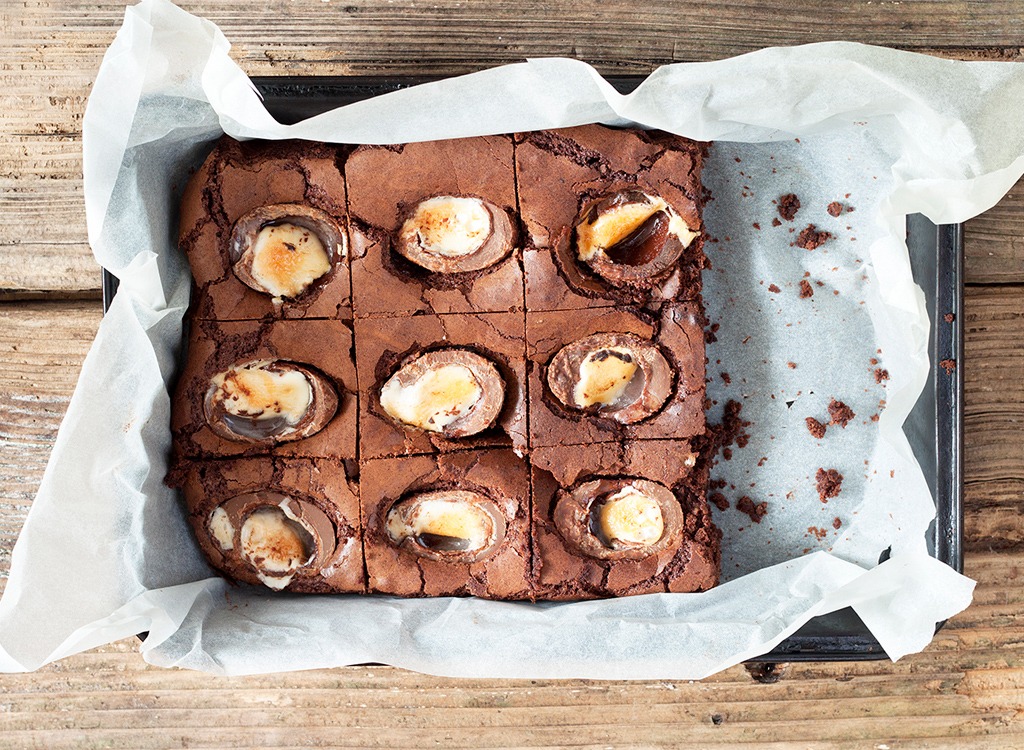 Cadbury Creme Eggs are delicious on their own, but they also make for a fun ingredient in homemade sweet treats. Food bloggers have gotten creative with the creme eggs over the years, This recipe from Cook Bake Eat bakes half of a Cadbury Creme Egg into each of these decadent brownies. Talk about indulgence!

You can even enjoy a boozy beverage made from Cadbury Creme Eggs! Empty out the creme filling, and use the egg shell as a shot glass. This recipe from Delish
shows you how it's done.

They Can Be Deep Fried 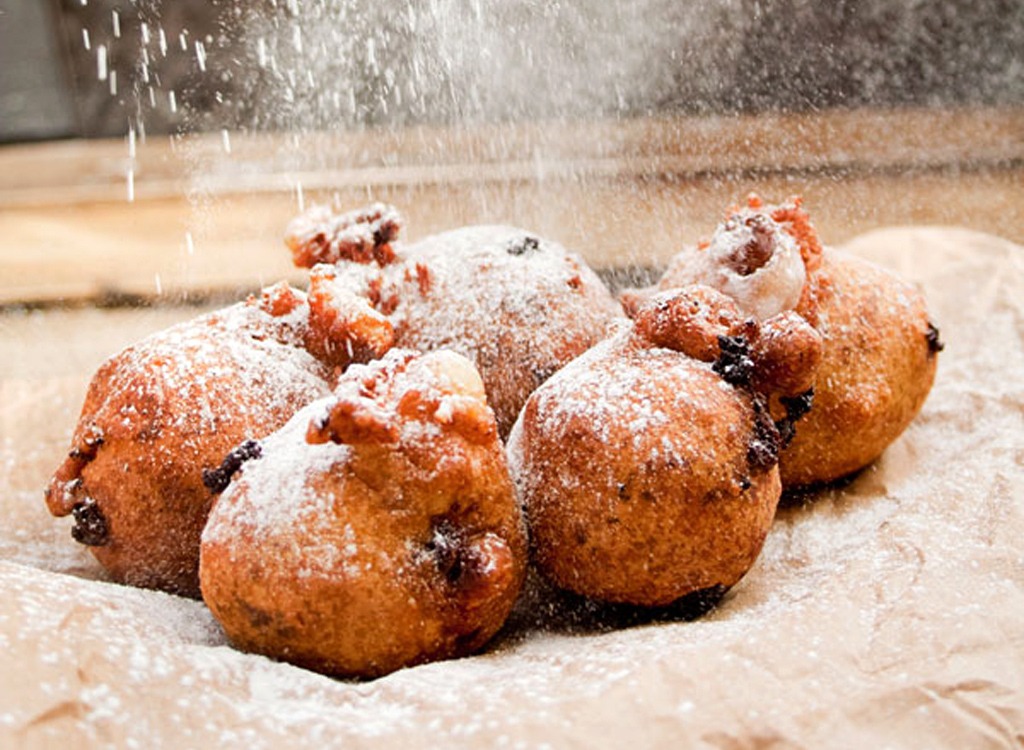 Courtesy of Giraffes Can Bake

Just about everything is better when it's deep-fried. The same is true for Cadbury Creme Eggs; some people have mastered the art of deep frying them for a decadent dessert. New York City restaurant Salt and Battery deep fries them around Easter. Others have gone the DIY route, like Giraffes Can Bake.

McDonald's Got In on the Action 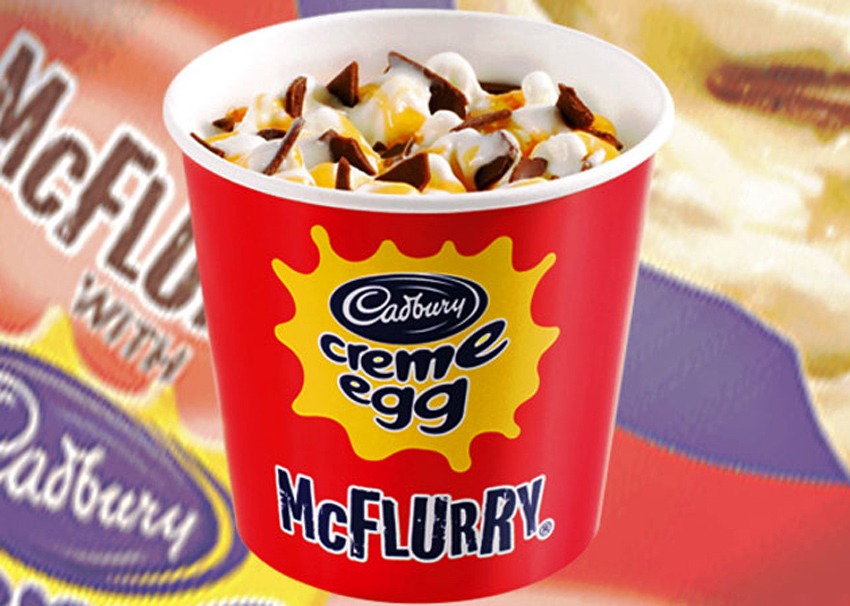 Around Easter, McDonald's offers their own twist on the popular McFlurry frozen treat with a Cadbury Creme Egg flavor. The treat is just as it sounds: McFlurry ice cream with bits of Cadbury Creme Egg. This year, it's available from now until April 25 at participating McDonald's (available after 10:30 a.m.).

The First Ad Aired in the '70s 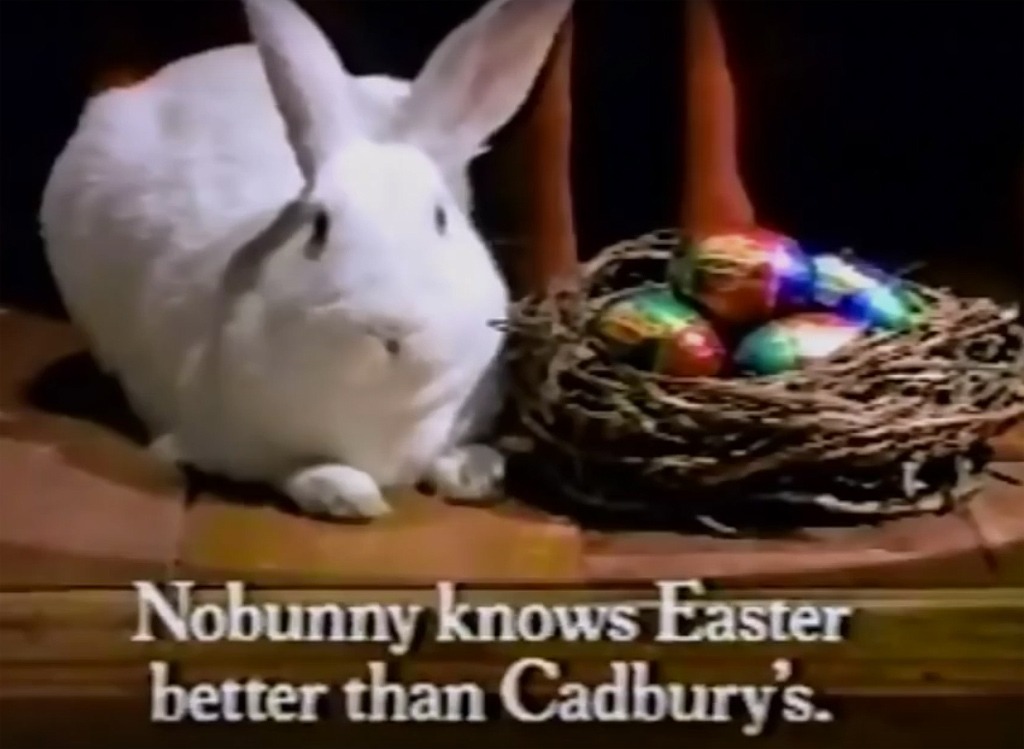 The Cadbury Creme Egg TV ads have become iconic. The classic 1994 ad gets replayed each year, featuring different animals "auditioning" while wearing rabbit ears to be the next Cadbury bunny. But the first advertisement for the popular candy aired in the US in 1975. 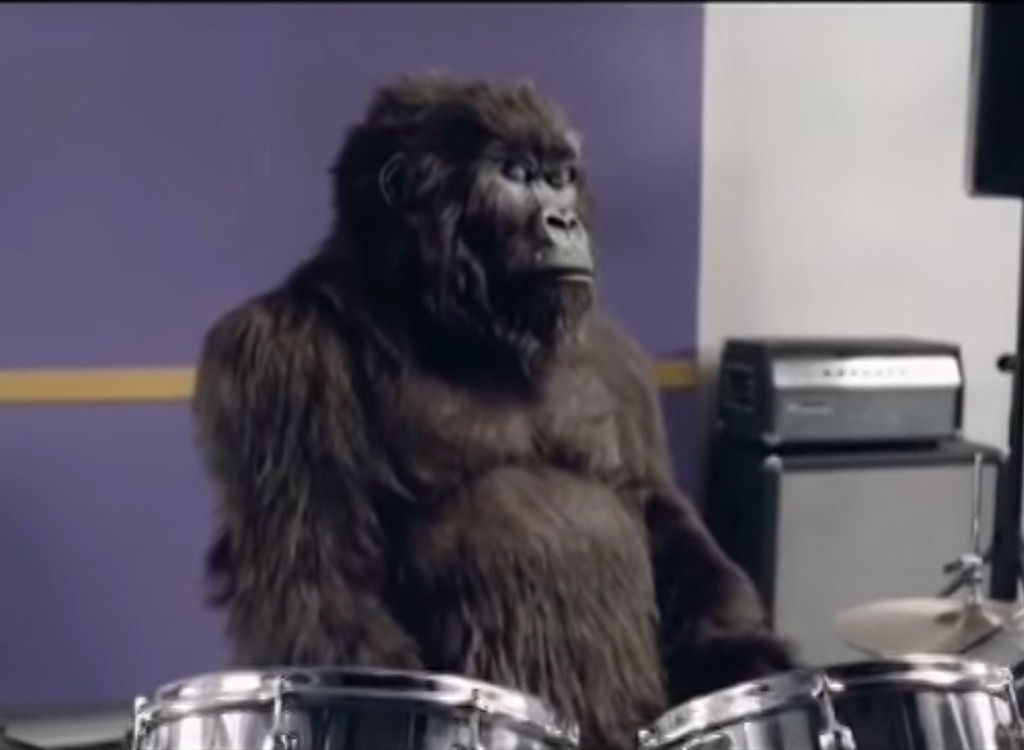 Another iconic ad hit the small screen in 2007, which showed a Gorilla listening to Phil Collins' "In the Air Tonight," and playing the drums along with the song. Although the ad was for Cadbury dairy milk chocolate and not the creme egg, it resonated with viewers. The ad won many prestigious awards, including the Grand Prix Lion at Cannes in 2008.

The Factory is in the UK 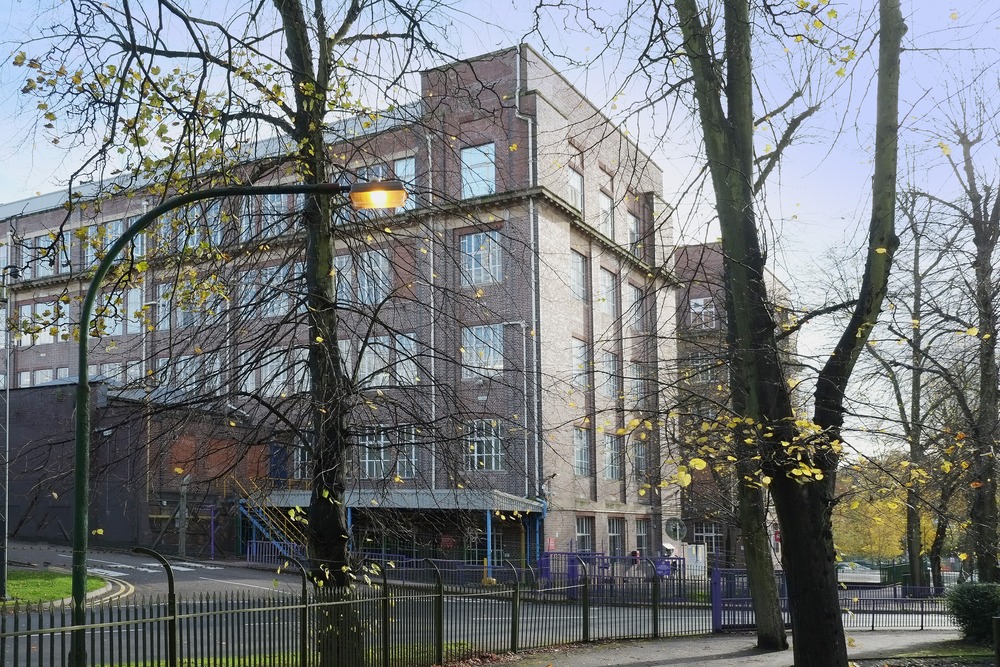 Cadbury Creme Eggs are a popular treat in the US, but they have to cross the pond to get here. The candies are made in the UK, and the factory is located in Birmingham where they make 1.5 million creme eggs a day.

They're Only Available a Certain Time of Year 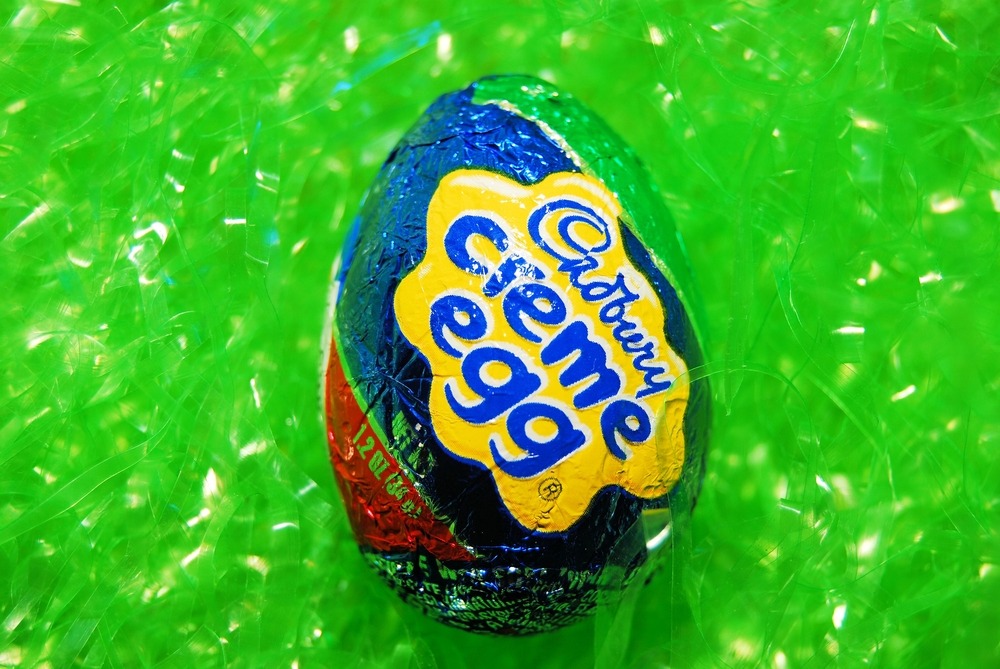 As popular as Cadbury Creme Eggs are, they are only available during a select time of the year. Creme egg season runs from January 1 to Easter Sunday. So be sure to stock up for the 3-4 months they're available!

They've Had the Same Slogan Since 2008 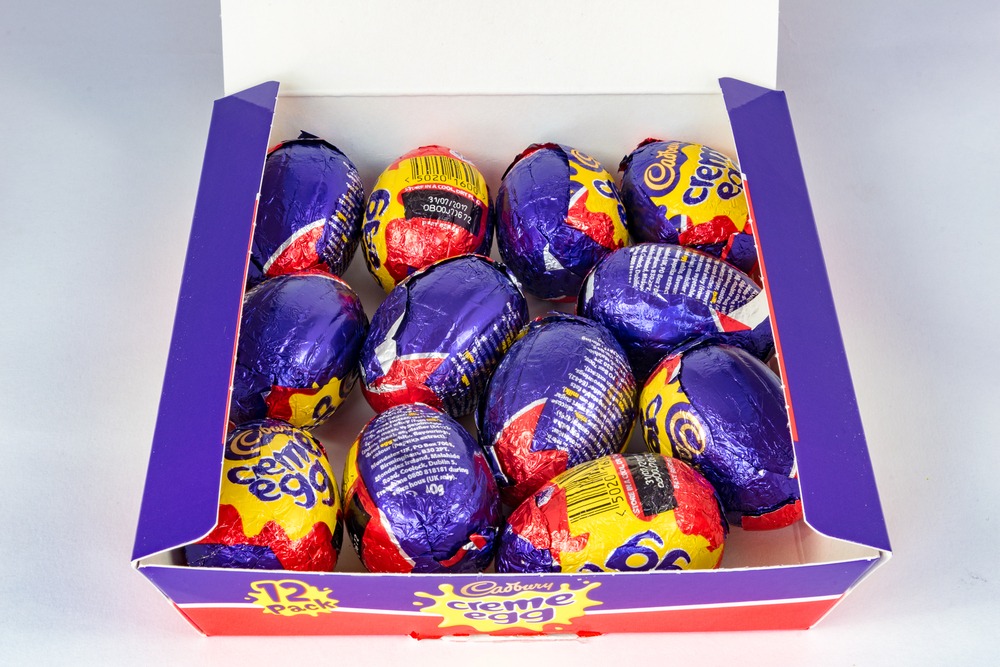 The creme eggs have gone through a variety of slogans, but the current one has been the brand's catchphrase since 2008: "Get the goo out." Considering that's how most people eat their Cadbury eggs, it seems pretty appropriate!

Cadbury Makes a Ton of Eggs Each Year 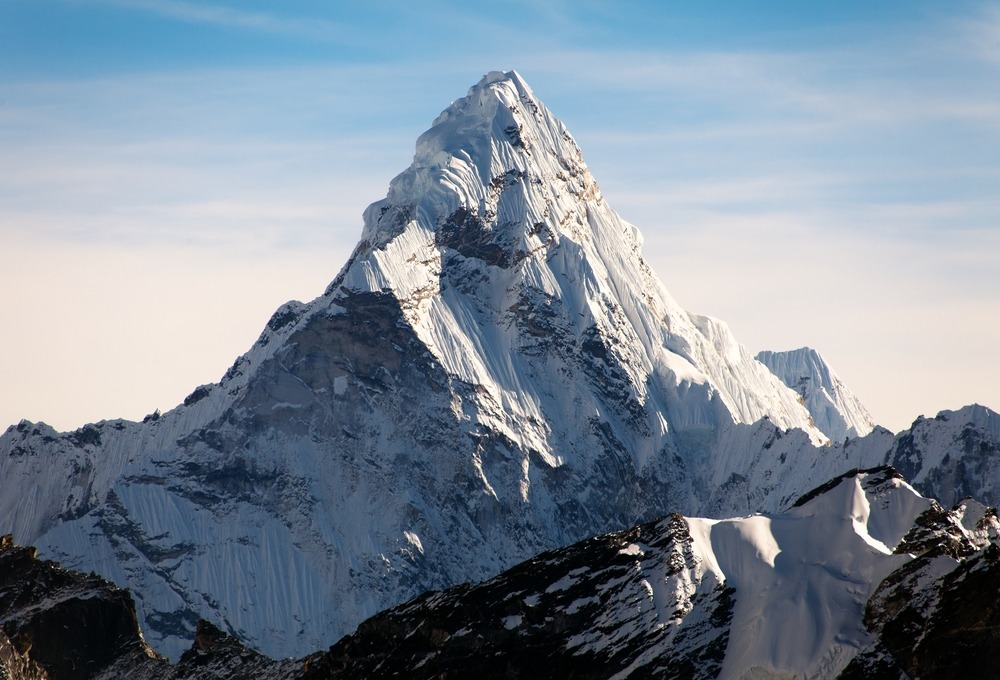 Cadbury produces about 500 million creme eggs a year. So many that if you were to stack them each on top of one another, the pile would be 10 times taller than Mount Everest!

The Chocolate Has Changed 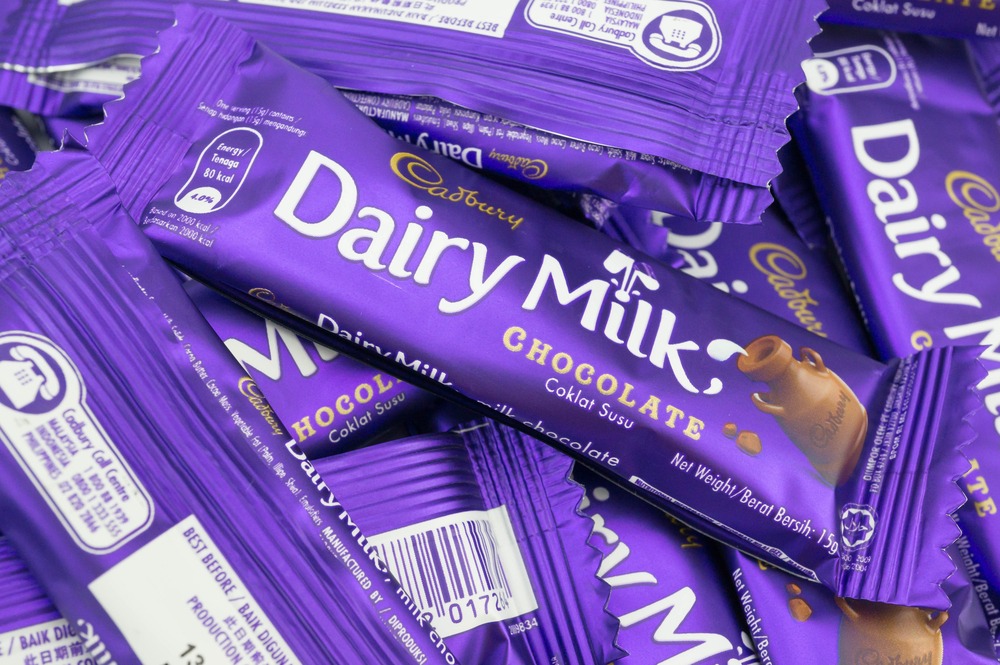 Cadbury Creme Eggs used to be coated in Cadbury Dairy Milk Chocolate, but now they are made with Cadbury Milk Chocolate. A slight change, but it's a change. But can anyone really tell the difference?

You Can Buy Them in Boxes 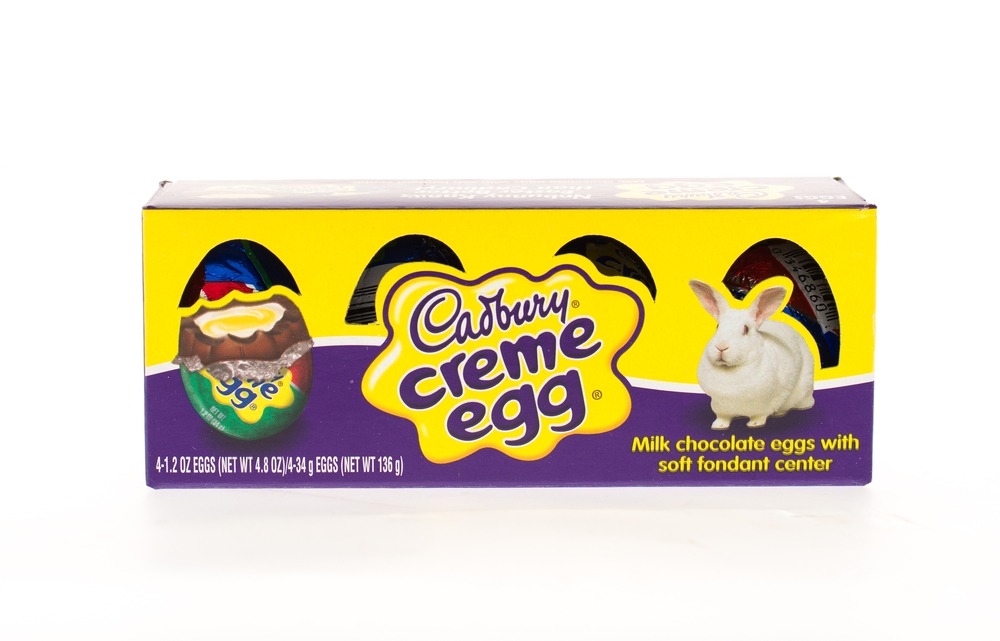 You can always find Cadbury Creme Eggs sold individually as wrapped eggs, or you can buy them in boxes. They used to be sold by the half-dozen like real eggs, but the amount has now dropped to 4 or 5 eggs per box (depending on the market).

There Are 3 Ways to Eat Them 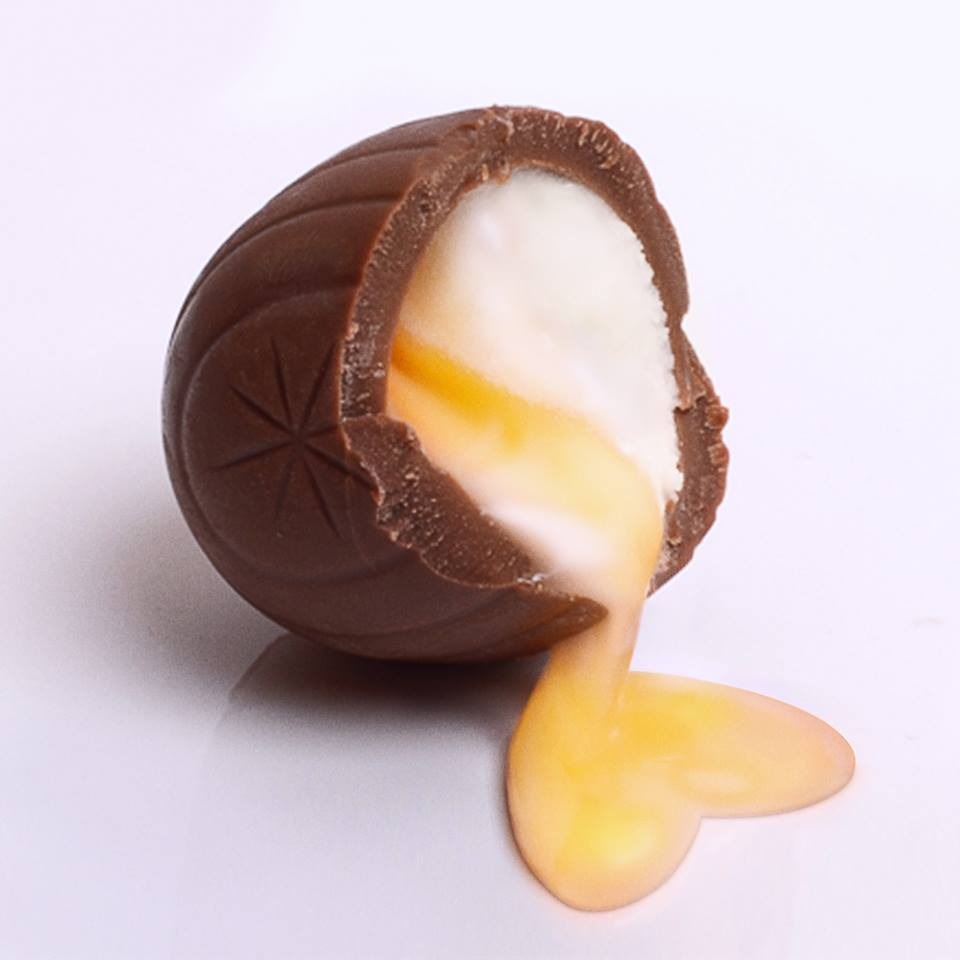 There are three distinct ways to eat a Cadbury Creme Egg, according to a survey conducted by Cadbury. 53 percent of people bite off the top, lick out the creme, and then eat the chocolate. 20 percent bite straight through the egg, and 6 percent use their finger to scoop out the filling.

They're Sold by Hershey in the US 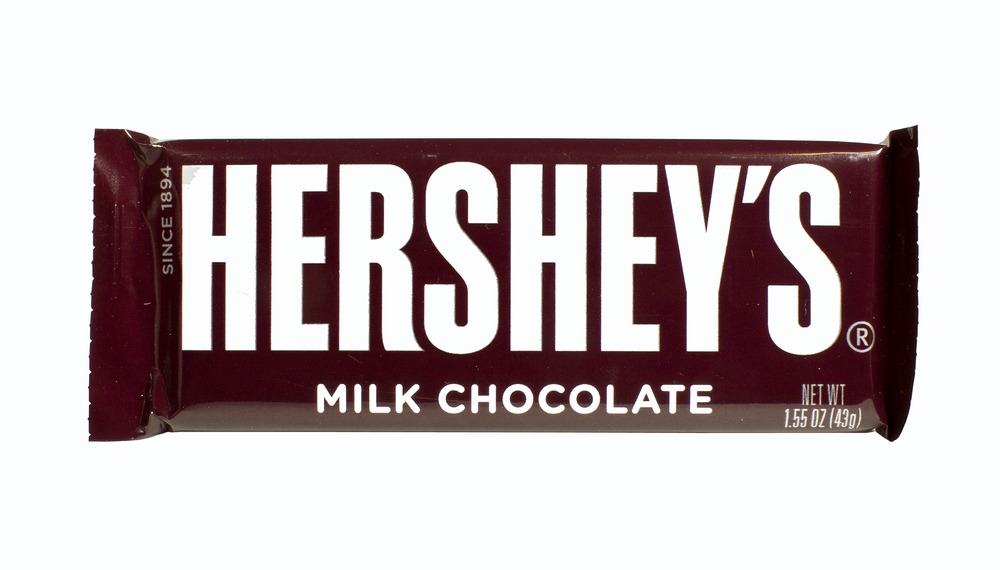 Cadbury Creme Eggs are produced by the company Cadbury UK in the United Kingdom, and Cadbury Adams in Canada. However, in the US they are sold by the Hershey Company, who has the marketing rights. All other markets are sold by Mondelēz International.

One Egg is Half Your Day's Worth of Sugar

They Are a Little Lighter in the US 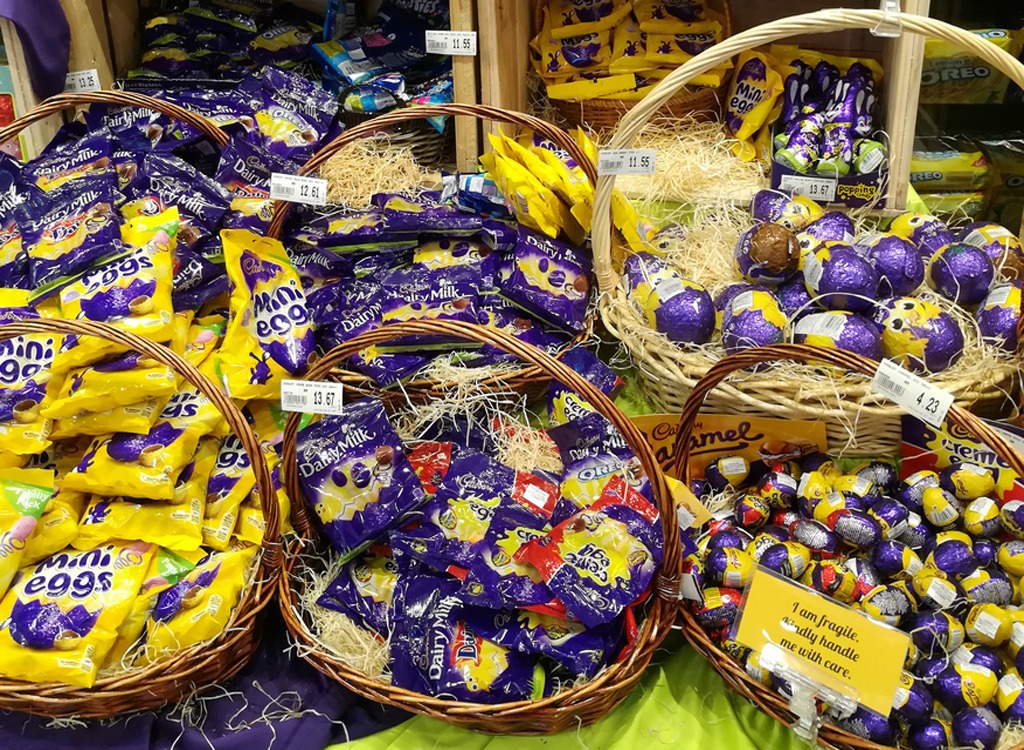 In the US, the Cadbury Creme Egg is a little lighter than it was when they first came out in the 1970s. They went from 39 grams to 34 grams. In the UK, however, the eggs are a little heavier, going from 34 grams to 35 grams.