Better Than Bananas? Healthy Fruits You Don't Know About

Does it feel like there hasn't been a new superfruit since the first Clinton was in office?

If you're açai-ed out, this might perk up your appetite: There are a number of fruits out there that taste like decadent desserts but have serious fat-burning properties, as suggested by recent studies. Our favorite fruits for weight loss are great, but sometimes you need something new and exciting—like these. Chances are you haven't heard of them or seen them, and they may or may not be at a grocery store near you, but they're worth keeping an eye out for (and/or stuffing your suitcase with on your next trip to the tropics). 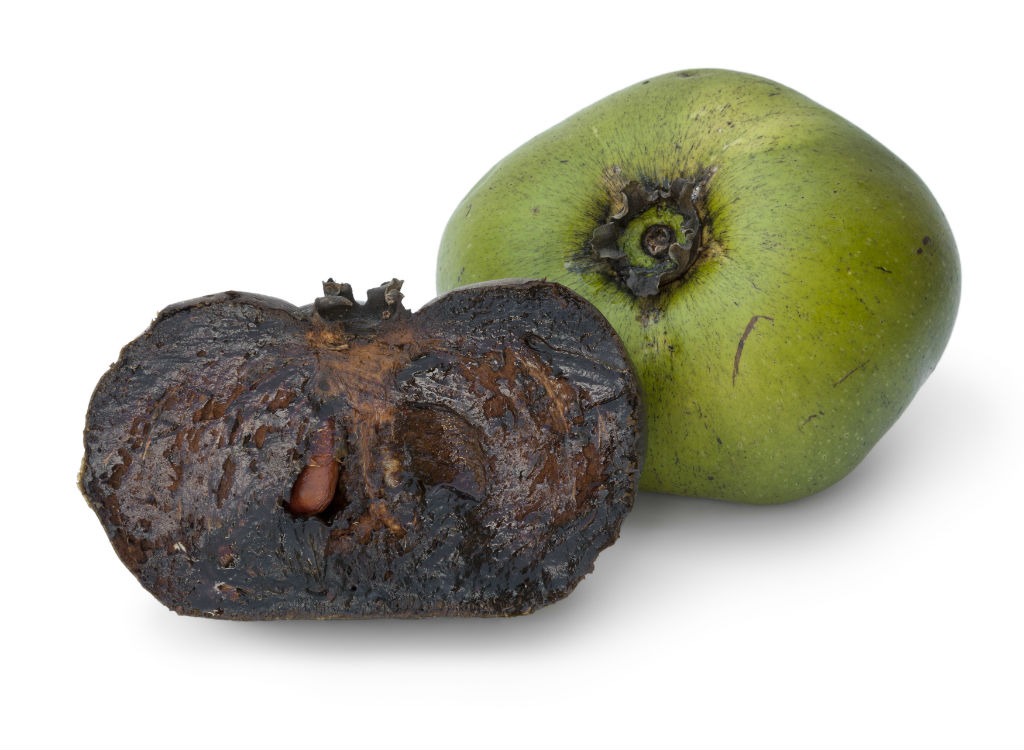 Known as the "chocolate pudding fruit," black sapote tastes like … chocolate pudding. Deceptively rich and creamy, a 100-gram serving has 130 calories and 191 mg of vitamin C, or twice that of an orange. (That's a mic drop, chocolate pudding.) A study published in Food Research International found black sapote to be a good source of carotenoids and catechins, which spur the release of fat from fat cells and helps the liver convert fat into energy. Devotees swear by them for low-cal pies and smoothies. Originating in South America, black sapotes can be found in Florida and Hawaii, and certain growers online will ship them within the U.S.
2 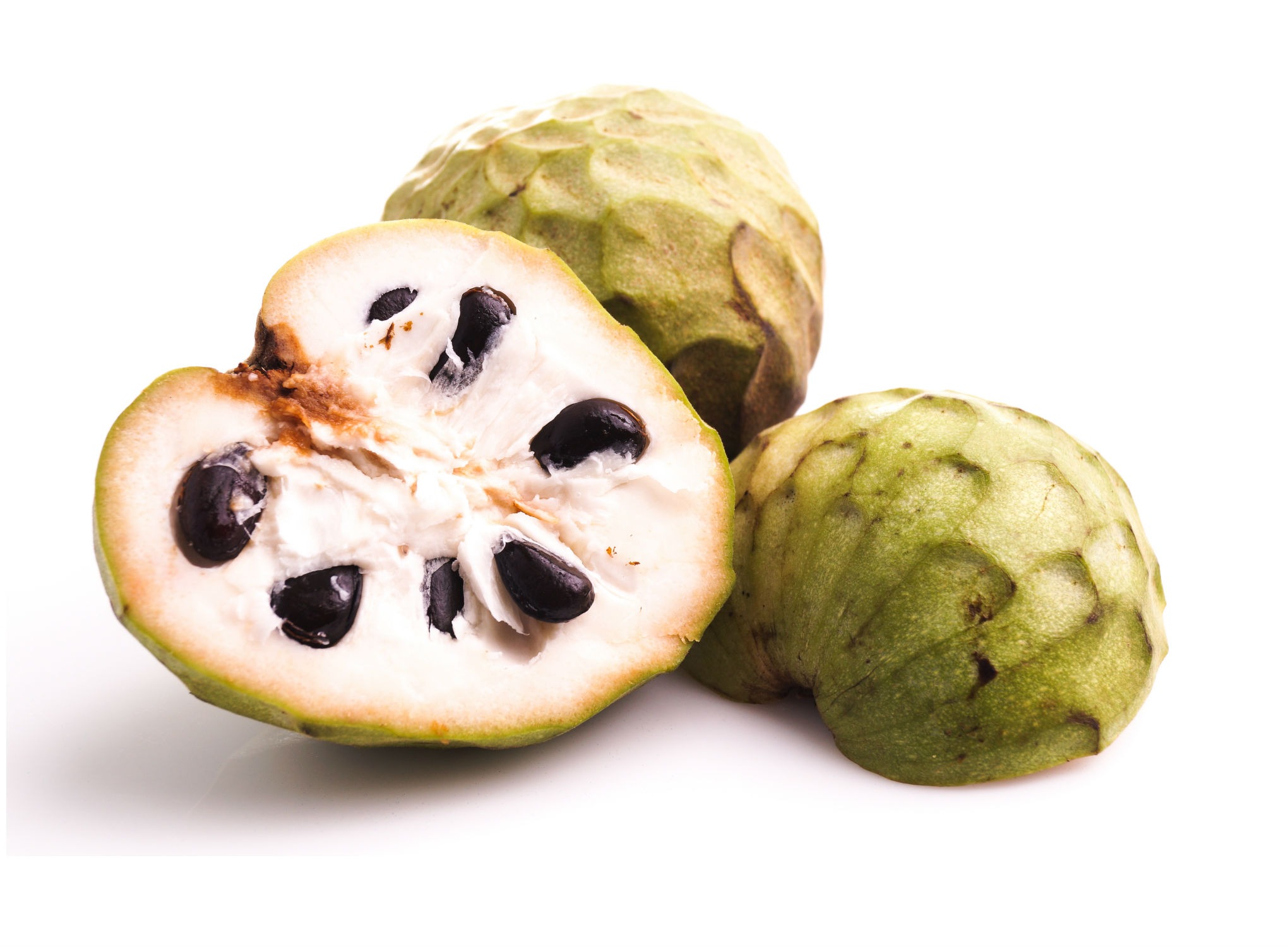 Imagine a peel-and-eat-smoothie. Nicknamed the "custard apple," cherimoya tastes like pineapple and banana and has a creamy texture. One fruit is packed with 50% the RDA of vitamin C and 674 mg of potassium (as much as one-and-a-half bananas), which can help boost energy and aid fat burning. Native to South America, the cherimoya has made its way to the U.S. via California. Good thing, too: A study in the Journal of Food Composition and Analysis called the fruit a "major source of natural antioxidants," including flavonoids (which have been shown to reduce diabetes risk and help with weight control) and chlorogenic acid. The latter slows the release of glucose into the bloodstream and, in one study, reduced the incidence of colon cancer in mice who ate the equivalent of a high-fat diet by 75%!
3 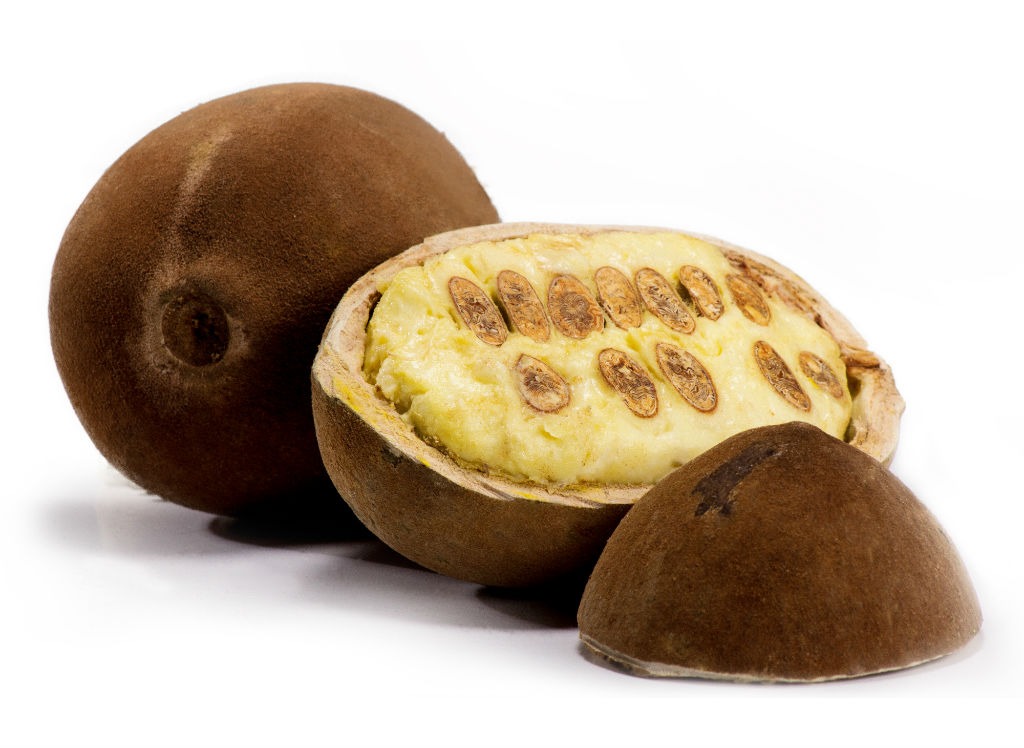 It's been called the "next great superfruit," a "pharmacy in a fruit" and "Brazil's new chocolate," and the South American cupuaçu indeed shows promise as a weight-loss weapon. The fruit, which looks like a coconut and tastes like chocolate, pineapple and pear, is rich in vitamin C, B vitamins and amino acids. According to a study published in The Journal of Natural Products, cupuaçu contains several compounds that can boost your health and aid your weight loss efforts: nine antioxidants, including catechins, which trigger the release of fat from fat cells; quercetin, which activates a protein in the body that can burn fat and prevent it from forming; and polyphenols. The superfruit has been creeping northward; it's been spotted in Florida, although powdered and frozen-puree versions have popped up for sale online.
4 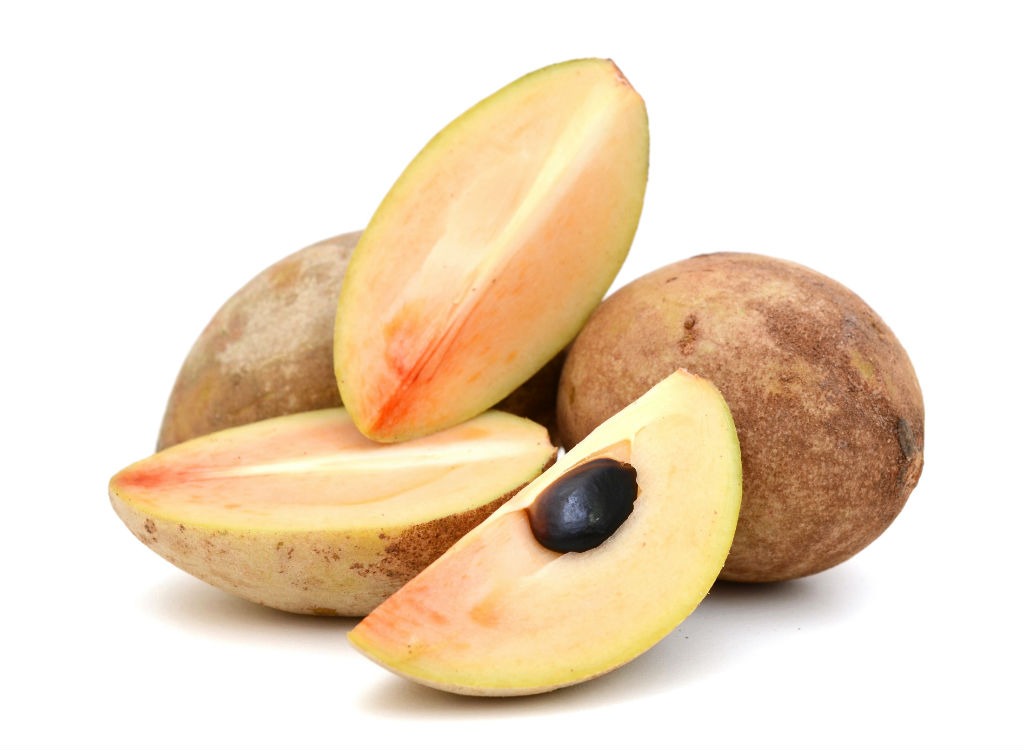 This kiwi-sized fruit, native to Central America and otherwise known as ciku, has a taste that's been described as a pear soaked in brown sugar. Equally delectable: It's high in fiber at 13 grams a cup (more than a cup of quinoa), a good source of vitamins A and C, and rich in tannins, which quell inflammation throughout the body. Scientific studies on the sapodilla are promising: A Cairo University study published in the journal Pharmacognosy Research found that extracts from the leaves lowered cholesterol and had antidiabetic properties.
5 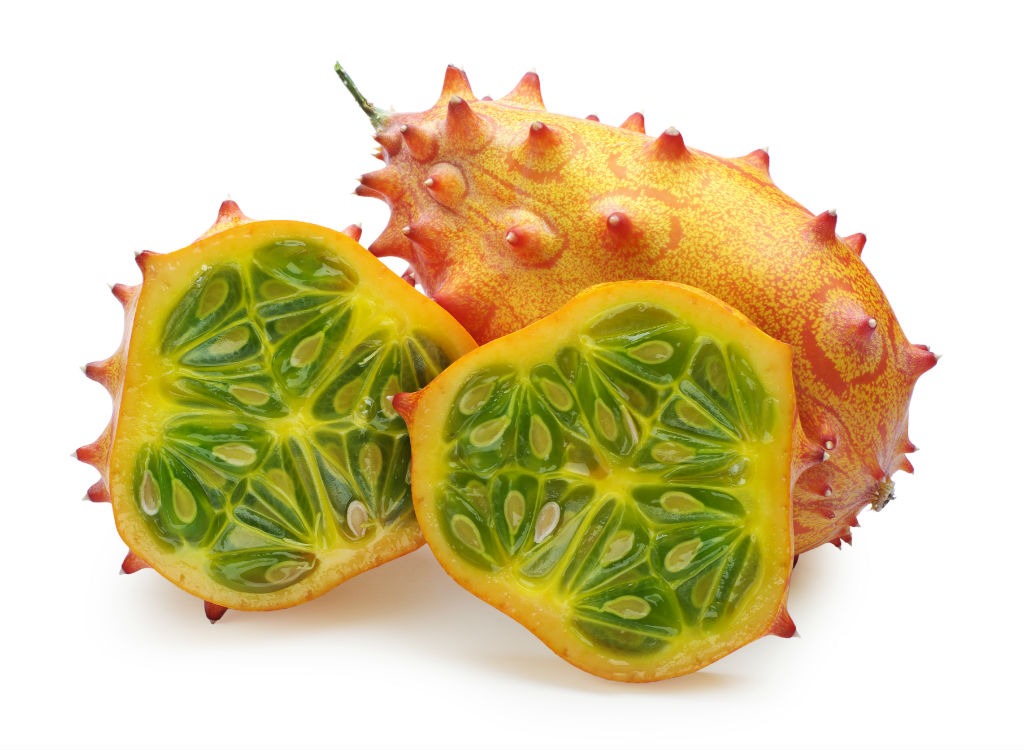 This 3,000-year-old fruit has a spiky appearance that makes it look like a Nintendo character and earned the nickname "blowfish fruit". Native to New Zealand and grown in the southeastern U.S., the horned melon has 44 calories per fruit and is a good source of vitamin C and magnesium, two serious contributors to weight loss. A study published in the Journal of Nutrition found that magnesium lowers fasting blood sugar and insulin levels, both of which are associated with diabetes and cause weight gain and fat storage; too much insulin creates more blood sugar than cells can use for energy and is instead converted to fat. It's native to New Zealand and is grown in the southeastern U.S., where it's known as the "blowfish fruit."
6 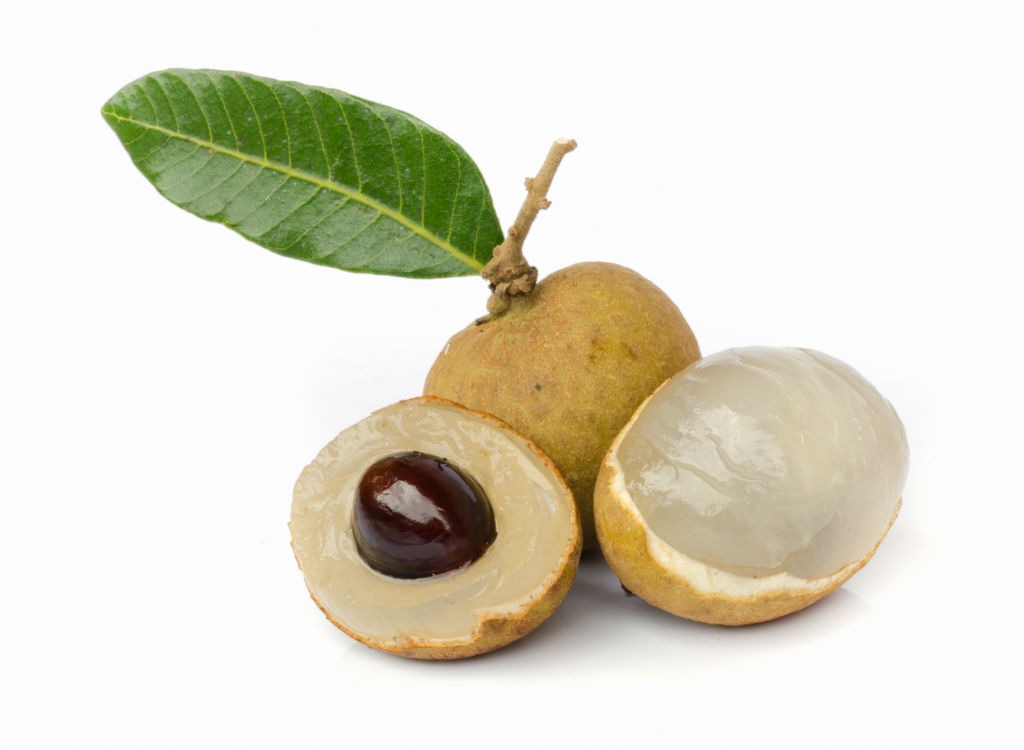 These opaque lychee-like fruits are described as tasting like grape and pear, and their nutritional profile is equally refreshing: A 100-gram serving has 140% of the RDA of vitamin C, only 60 calories and no fat. And they have a growing reputation as a superfood: A study published in The Journal of Food and Chemical Toxicology found that longan fruit extract was as effective at neutralizing free radicals (destructive molecules that can lead to cell aging and DNA damage) as Japanese green tea extract! Fresh longans are available from online importers.
Filed Under
Groceries