Here’s what the 50-year-old does to stay in shape.

Top Chef host Padma Lakshmi heated things up over the weekend, sharing a video of herself floating in a pool, in a popular unicorn inner tube, wearing a bright red string bikini. "Summer breeze makes me feel fine / Blowin' through the jasmine in my mind," she captioned the clip. The 50-year-old looked phenomenally fit in the tiny swimsuit, eliciting so many comments from her followers, including pal Drew Barrymore: "Heck yeah. You are so beautiful inside, out and simply put… beautiful all around!!!!!!" she wrote. So, how does the celebrity mom manage to make 50 look like 20, despite a career that involves eating thousands of calories a day while she is shooting her hit show? Read on for 9 of Padma Lakshmi's diet and fitness tips and tricks that she's told others, and the photos that prove they work.

Padma does a food detox after every season of Top Chef, revealing that she gains up to 17 pounds as a result of eating on the show. "It's no sweets, no red meat, no wheat, no alcohol, no fried food, no dairy except for cottage cheese or low-fat yogurt. But this is a milder version—like, I can fall off the wagon one day a week," she told Health.

She Splits Her Plate in Half

To make sure her diet is healthy and balanced, Padma has a little trick, which she revealed to Women's Health: She splits her plate into halves consisting of 50 percent fruits and vegetables; 50 percent simple carbs, starch, and lean protein.

She Tries to Eat Plant-Based

While she's filming anything goes, she told Women's Health. But when she isn't working, Padma focuses her diet on mostly plant-based foods, allowing herself some chicken, fish, ground turkey, and veal.

She Drinks a Lot…Of Water

She Monitors Her Weight and Bloodwork

Because her job involves eating—a lot—and diabetes runs in her family, Padma keeps tabs on her weight and blood sugar levels with the help of a professional before and after each season. "My parents are diabetic," she said. She also takes a preventive medication to regulate blood-sugar levels while she's filming. "Those chefs are cooking to win, so they're putting in as much lard and butter and salt as they can," she told Women's Health.

She Works Out Almost Every Day

Padma works out at least five times a week for 90 minutes, she revealed to Women's Health. One of her go-to forms of cardio? Jumping rope. She revealed to Women's Health that she does 2,000 strokes every day, which takes about 35 minutes, stopping after every 100 strokes to take a water break. She also does strength training. Her sessions include weight lifting, including classic squats, lunges, and dumbbell curls, two or three times a week. "He's there to watch my form, and he spends most of his time telling me not to do something," she said about her trainer Tony. She also does 30 minutes of cardio on the elliptical, treadmill, or slide board. On other days, she gets her fight on at Mendez Boxing for an hour, and once "all warm," heads to pilates.

Padma attributes her fantastic figure and even her posture to Pilates. "I started going to Pilates a few years ago, because my chiropractor recommended it for my back," she told Women's Health. "Pilates changed my body. It made me strong in places I didn't know I needed to be. I have a butt now that I didn't have during my modeling career!"

She Does Physical Therapy

Due to a recent back injury, she focuses a lot of time on physical therapy. In fact, she told Women's Health that one of the viral popular posture correctors, which she wore for several hours a day, is partially to blame.

She's Not Into Yoga 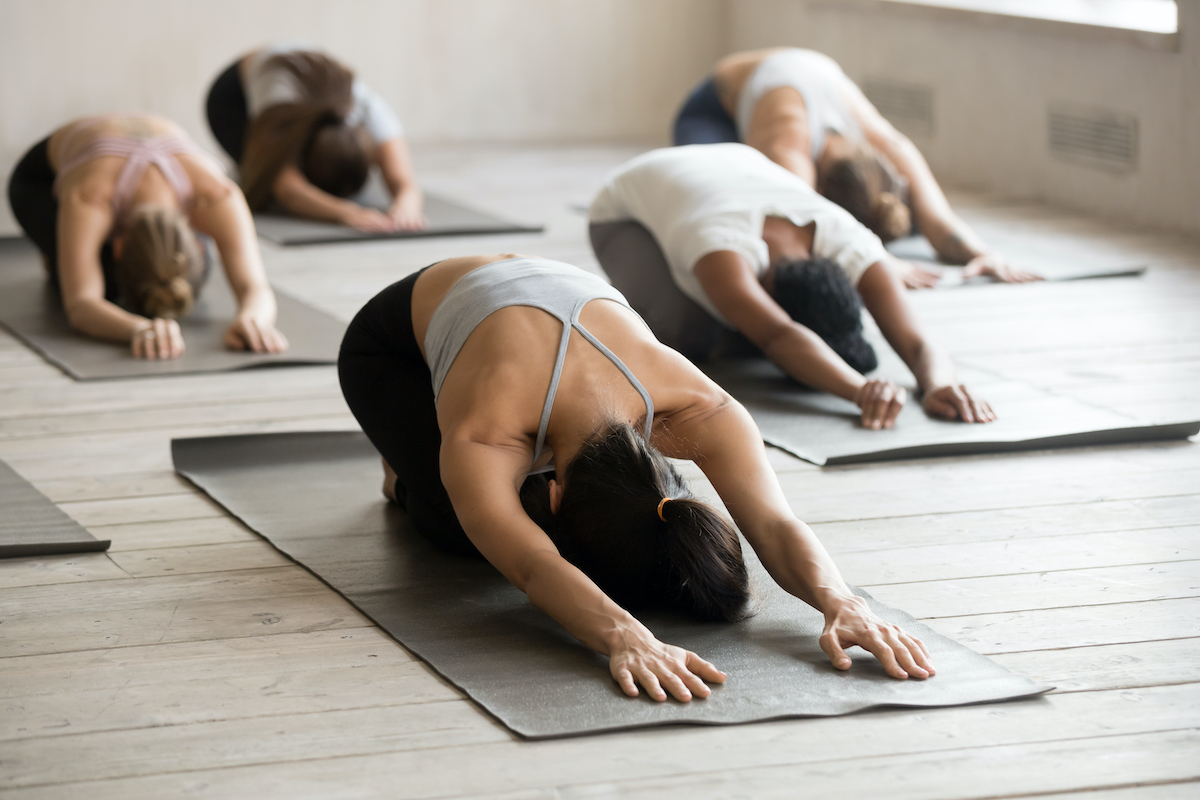 "I'm the only Indian who doesn't do yoga," she admitted to Health about the one workout she avoids. "It's hard on my joints, but that's me. I think yoga is great for a lot of people—it's certainly worked for Madonna. I think it's also because I'm Indian, and whenever I go to do a class and I hear a Western person say those Sanskrit words, in workout wear, in a context that I frankly don't associate with those words—because I'm Hindu—it's just my own thing."