What You Should Know About Bubly, Pepsi's Sparkling Water Line

The fizzy taste, colorful cans, and fun flavors will have you ditching soda in favor of this refreshing alternative.

It's no secret that the sparkling water industry is booming right now as people become more conscious of added sugars and what's hiding behind nutrition labels. In 2018 alone, the U.S. generated almost $49 million in sparkling water sales, which was a 22% increase from the year before, according to Nielsen data. In the past four years, the sparkling water beverage division grew 54 percent, too.

You could say that the sparkling water category is really fizzing right now, and with key players such as Spindrift and La Croix killing the game and making the specialty water drink become more mainstream, larger established companies are taking notice and getting in on it, too. In early 2018, Pepsi released a new brand of zero-calorie flavored sparkling water dubbed Bubly (yes, with one b).

In addition to boasting a calorie-free nutrition label, the beverages in the line also skip any sweeteners. They are instead flavored with "natural flavors," like those found in La Croix. That's right—there are zero added sugars and no artificial flavors. The only ingredients are carbonated water and natural flavor. Sure beats all the sugar in a soda, huh? 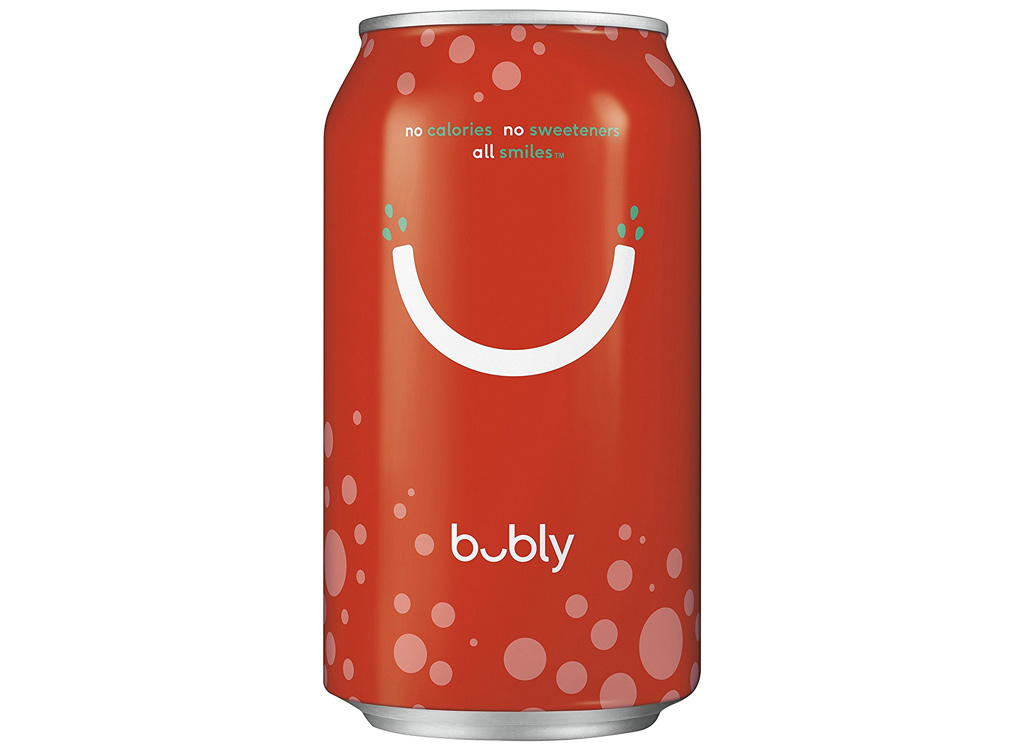 The cans come in colorful, eye-catching colors, splattered with emoji-like faces, and they have tabs that feature light-hearted messages in "textspeak," such as "hey u," "yo," and hiii." If you are bored by basic water, a sparkling water can help you stay hydrated when you are thirsty, instead of reaching for a sugary juice or soda. It makes a great afternoon pick-me-up and a good treat when you want that carbonated kick that soda gives without all the bad stuff.

"When we looked at the sparkling water category, we saw an opportunity to innovate from within by building a new brand and product from the ground up to meet consumer needs," said Todd Kaplan, VP of the water portfolio at PepsiCo North America Beverages, as reported by AdAge. "We created Bubly to provide consumers with a great-tasting, flavorful, unsweetened sparkling water in a fun, playful, and relevant manner that is unlike anything we've seen in the sparkling water category today."