7 Sugar Bombs That Pack on Pounds

When it comes to added sugars, you know the obvious offenders, like sodas and candies. But you may be shocked to discover where else these sweet sabotagers lurk—and what the cost to your body may be.

"Sugar tacks unwanted empty calories on to your diet that can rapidly pack on pounds," says Dawn Jackson Blatner, RD, LDN, nutrition consultant to the Chicago Cubs and author of The Flexitarian Diet. "And sugar-loaded foods can oust those that actually pack nutritional benefits, such as from antioxidants, fiber, protein, and vitamins."

The American Heart Association recommends men consume less than 150 calories from added sugars daily, which translates to less than 9 teaspoons (or 36 grams). And while it's easy enough to scan nutrition labels for sugar-grams-per-serving, it's hard to know how much of that amount is added sugars because the number also includes natural ones—those found in fruit (fructose), milk (lactose) and grains (glucose).

So your best bet? Eyeball ingredients lists. If added sugar (or one of its code names such as agave nectar, cane sweetener, dextrose, HFCS, honey, fruit juice concentrate, malt syrup or molasses) ranks high, or you see several smattered throughout, return that sugar bomb to the shelf. And, of course, keep an eye out for these seven sneaky sources.

The average pulled pork sandwich contains about 18 grams of sugar. Combine that with lemonade or sweet tea for lunch, and you've hit your sugar ceiling for the day. "We don't often consider condiments and sauces sugar hotspots, but these pockets can add up quickly and push us past our daily intake limits," says Blatner, who points out that even a teeny-tiny Ketchup packet contains 2 grams of sugar. So if you're planning on BBQing, measure a limited amount of sauce to use in the dish, then coat the meat using a brush to spread the sauce evenly. Also, plan to avoid other sugar sources throughout the day, from breakfast muffins to yogurts.

Yes, a sports drink may replenish fluids after a hard-fought game or intense workout. Thing is, sports drinks tend to contain way more added sugar than is needed to properly hydrate. If you're not reaching for this after a serious sweat session, then put it back. That way you can spread your daily sugar-spend around, rather than guzzle it down in one big saccharine gulp. Sports drinks don't have to be outlawed entirely, just limit them to post-exercise times and be sure to spot-compare the sugar counts on the bottles. (Many brands have lighter versions.) 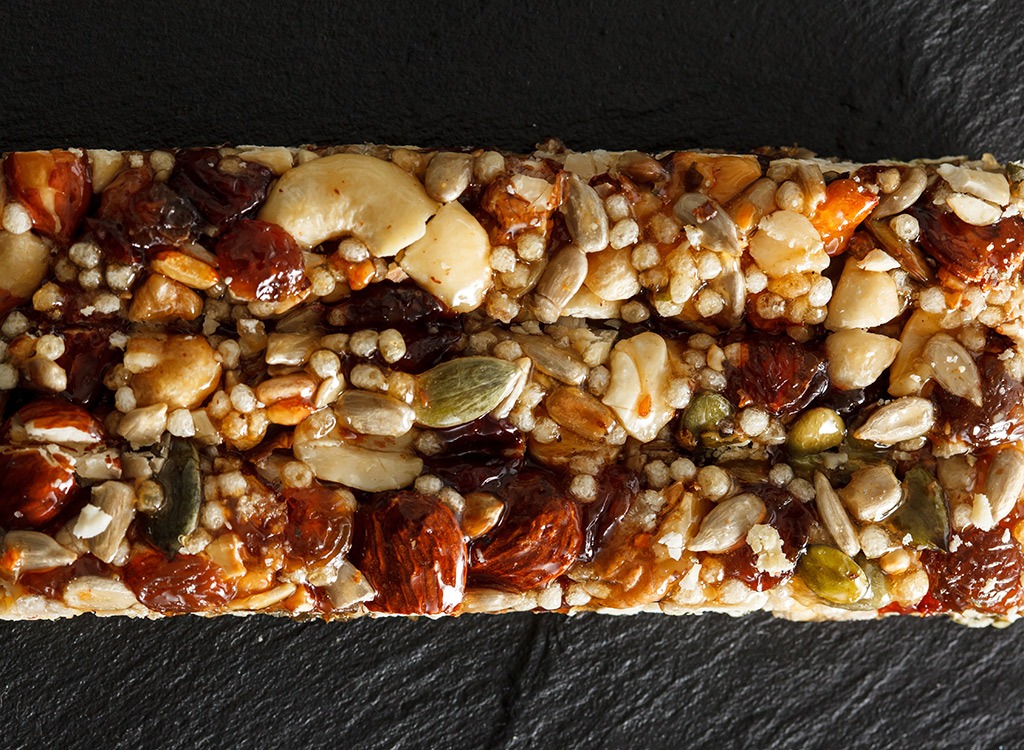 Duped again? No shame, so were we. While protein bars sound fit-friendly and the protein is a plus, many are also loaded with sugar and carbs. So be sure to scour nutritional labels and ingredients lists, and if the rest of your diet is overly sugar-packed, consider swapping in packs of protein-packed raw almonds, peanuts or seeds as your clutch on-the-go snack.
4 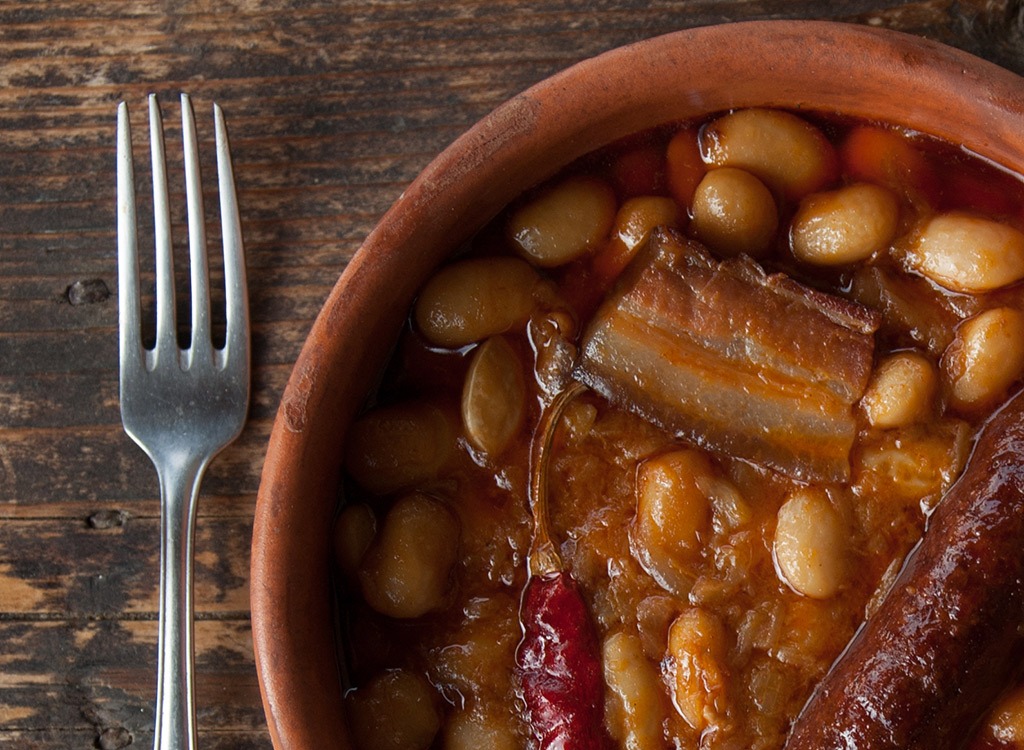 So easy to crack open and heat up—and better than French fries, right? Yes, probably. But as far as vegetable sides go, 16 grams of added sugars is certainly a bit indulgent. Consider other nutrient-rich sides that can naturally satisfy your sweet tooth, such as baked whole sweet potatoes or cooked frozen sweet peas—both of which contain no added sugars.
5

Yep, so if you're playing by the American Heart Association's rules, it's pretty much game over once you down one of these puppies at breakfast. Consider instead steel-cut oatmeal with fresh fruit or health-promoting spices such as cinnamon. Caveat: Not fast-food oatmeal though, some of which is sugar-loaded.

Clearly this is not a huge sugar slayer in and of itself, but if you tend to go heavy on the sauce, then the amount of added sugar in your meal can quickly add up. What's more, grams of starches in most pastas, such as cooked spaghetti, correspond—once digested—to grams of glucose. And you will even find sugar amounts listed on boxes of whole-wheat pasta. So consider whipping up your own homemade pasta sauce. Just slice up fresh ripe tomatoes, garlic, onion, basil, and oregano; add to extra-virgin olive oil; and, heat. 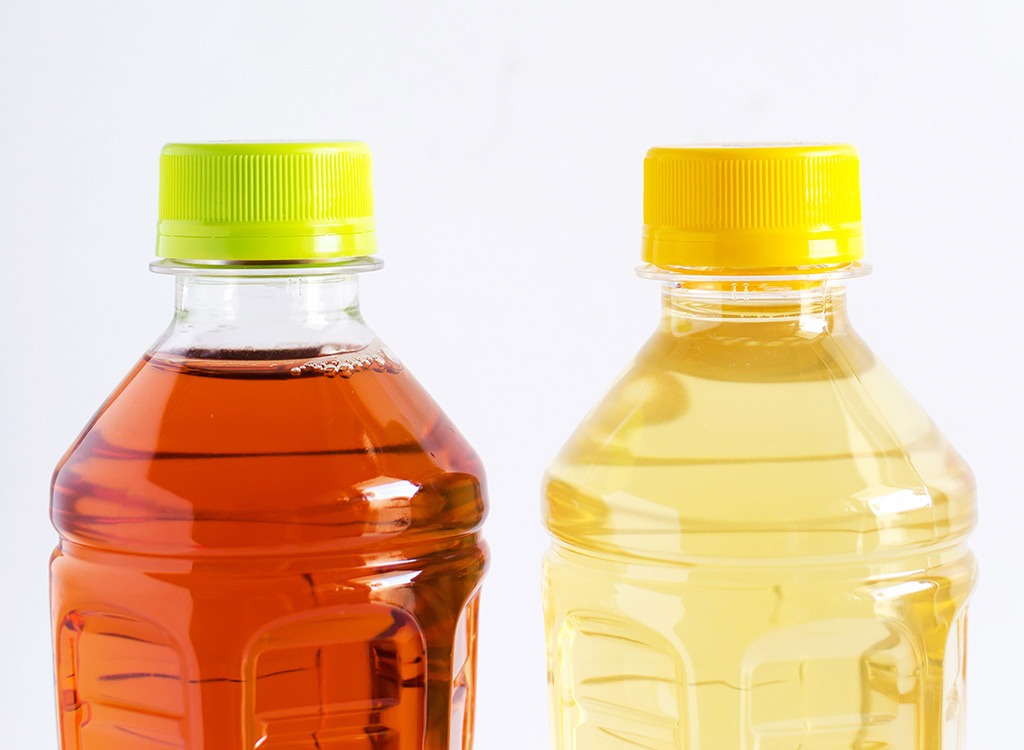 You stop for gas on your way home from the gym, and damn. Does that iced tea staring at you from the cooler look good or what? Not so fast. Downing just one of these suckers can give you more than the daily recommended amount of sugar intake for men, so try to fight the urge. And if plain old water just isn't doing it for you post-workout, you can also try bringing bottles of citrus water—just soak some lemon or lime slices in a pitcher overnight—with you to the gym.