Is ACV really the powerful health food elixir it's cracked up to be? Don't go on a full-fledged apple cider vinegar diet just yet; here, we separate fact from fiction.

Apple cider vinegar has been one of the most lauded health foods over the last decade, credited for everything from burning fat to lowering blood sugar to keeping your floors clean. With just a tablespoon a day, you can dramatically transform your health… or so people think. Sure, there are some positive benefits from incorporating ACV into your diet. But if something sounds too good to be true, it probably is.

We at Eat This, Not That! break down the most common myths surrounding apple cider vinegar, and what the science really says. And click here to discover the essential 25 Food Myths That Cause Weight Gain!

Myth: It Will Help You Lose Weight Fast 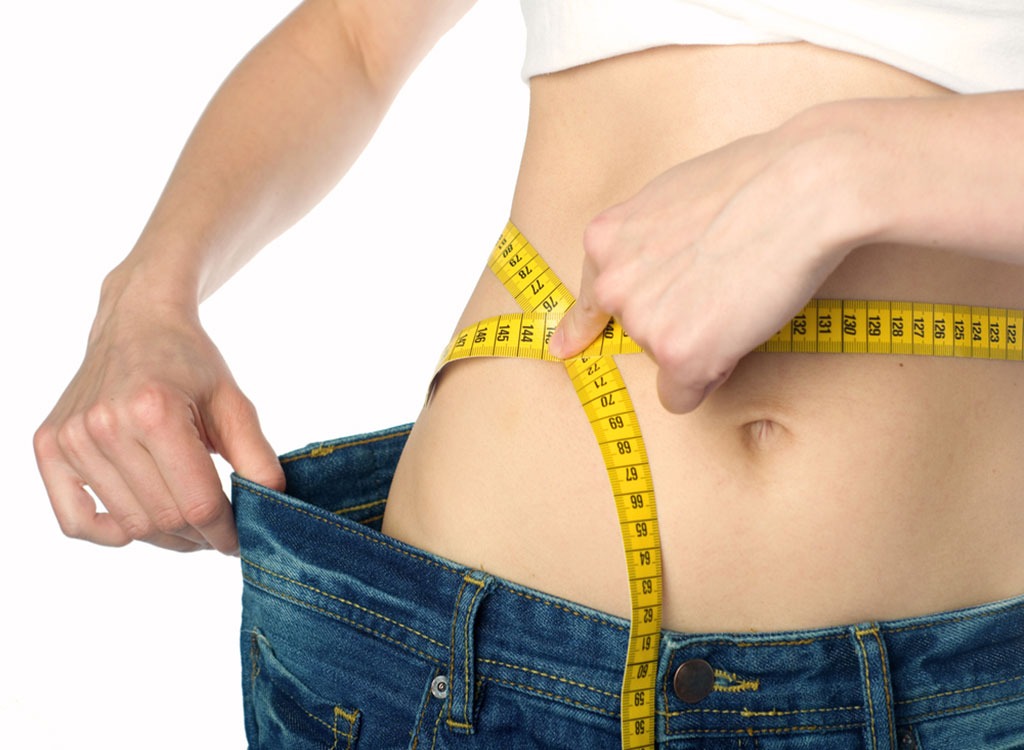 Many people turn to apple cider vinegar as a miracle weight-loss tool, a supplement that will allegedly "flush out fat" and get you slim quick. Much of these claims stem from research published in the journal Bioscience, Biotechnology, Biochemistry, which found that a group of study participants given ACV over a 12-week period lost more weight, body fat, and inches from their waist than participants who were given a placebo. The study didn't include diet or exercise, meaning the weight loss could theoretically be attributed to the vinegar… but the ACV participants only lost about a pound on average.

Unfortunately, this vinegar isn't going to undo a poor diet or sedentary lifestyle. Although it could be a helpful addition to a weight-loss meal plan and exercise regimen, don't plan on an apple cider vinegar diet to be a magical cure that will transform your body overnight. To shed those unwanted pounds, make sure you check out our 50 Best Weight Loss Tips.

Myth: It's a Cure for Diabetes

ACV has been praised as a helpful weapon in a diabetic's arsenal, thanks to its ability to stabilize glucose levels in the body and prevent dangerous blood sugar spikes. And it shows promise. A 2015 study published in the Journal of Diabetes Research found that Type 2 diabetics who drank 1 ounce of vinegar experienced lower blood glucose, insulin, and triglyceride levels up to five hours after they ate compared to the placebo group. But while it may be beneficial for people with an insulin resistance or prediabetes, it doesn't replace insulin and other diabetes medication. The study concluded that "further studies are required to examine the long-term effects of vinegar in type 2 diabetes." Consult your doctor before incorporating vinegar as part of a healthy diet plan and exercise along with medication.6254a4d1642c605c54bf1cab17d50f1e

Myth: It Can Lower Cholesterol

Most of apple cider vinegar's supposed ability to help lower cholesterol is based on a 2006 study published in the British Journal of Nutrition that found the acetic acid in vinegar reduced total cholesterol and triacylglycerols. A more recent study in the Journal of Membrane Biology that found that apple cider vinegar in particular lowered lipid levels and protected the liver and kidneys in response to a high cholesterol diet. The problem? These studies were performed in rats and mice (respectively), who are much different from us physiologically, Mickey and Minnie excluded. Although it shows promise for similar effects in people, more studies on humans are needed to declare definitively how much of an impact ACV has on our cholesterol levels.

Myth: There Are No Negative Side Effects

Even if apple cider vinegar's touted health benefits are exaggerated, it certainly doesn't hurt to down it by the spoonful just in case, right? Not exactly. Since it's so acidic, ACV has been found to destroy tooth enamel if frequently consumed straight with no dilution. In high doses, it could also lead to low potassium levels in the body. Enjoy your apple cider vinegar, but do so in small doses: a tablespoon or two at a time (in water!) should suffice.

Myth: It's Good for Your Stomach

Although research is still up in the air of how it affects belly fat, ACV does have an impact on your stomach internally. Research shows that it can exacerbate Gastroparesis, a condition common in diabetics in which your stomach can't empty itself normally… not a good thing.

Myth: It Can Prevent Cancer

There has been research suggesting that apple cider vinegar can help slow the growth of cancer cells. But these studies are preliminary and compared to related research, the results come up inconclusive. It's safe to say ACV isn't a miracle cancer-fighting substance, and shouldn't be regarded as such.

Myth: It Has the Same Nutrients as an Apple

Sure, this vinegar comes from fermented apples, hence the name. But so does hard cider; that doesn't mean people should go around drinking the boozy beverage for better health. Important nutrients found in apples, like fiber, potassium, and Vitamin C, aren't present in ACV. (There is potassium in apple cider vinegar, but it's only 5 percent of the amount found in an actual apple).

Myth: There Are No Health Benefits

So far, these debunked myths paint ACV in a pretty dark light. It's not entirely a 30 Health Foods That Aren't Really Healthy, but some of the health benefits have just been exaggerated a bit. Although it's not a cure for diabetes or even prediabetes, it has been shown to lower blood sugar to some degree, so it could beneficial especially before eating a particularly high-carb meal.

It's also believed to have positive digestive properties; researchers have found that when people drank acetic acid (found in ACV) mixed with water, it improved their amount of good gut bacteria. This acid has other health benefits, too: The FDA has approved medication with acetic acid for its antibacterial and antifungal properties.

Myth: All ACV is Basically the Same

From cheaper store-brand options to higher-end organic versions, it seems most food manufacturers are jumping on the apple cider vinegar train. But there are some differences. The really clear-looking varieties have been filtered and processed, which means it loses some of the valuable health benefits. Opt instead of more brown, murky-looking vinegar, and organic if you can find it.

Myth: It's Only for Eating

With all the touted health benefits, it seems like ACV couldn't be used for anything except food. But its uses are so versatile! This vinegar makes for a great all-natural, all-purpose cleaner, thanks to its antimicrobial effects. Mix it with water at a 1:1 ratio, and add in a drop or two of your favorite essential oil. Pour in a spray bottle, and wipe those counters spick-and-span!

Myth: It Shouldn't Be Used Topically

With its strong odor and acidic properties, ACV seems like it would be harsh on the skin. The opposite is true, actually. Although it shouldn't be a replacement for face creams, it can actually be used as a facial toner when mixed with water (1 part ACV, 3-4 parts water) to clear away dirt and makeup residue. Apply with a cotton pad, and rinse after 10 minutes. Or use this mixture as a replacement for face wash. This should only be done a few times a week, but it's an all-natural remedy stars such as Scarlett Johansson swear by.

Myth: It's the Only Vinegar with Health Benefits 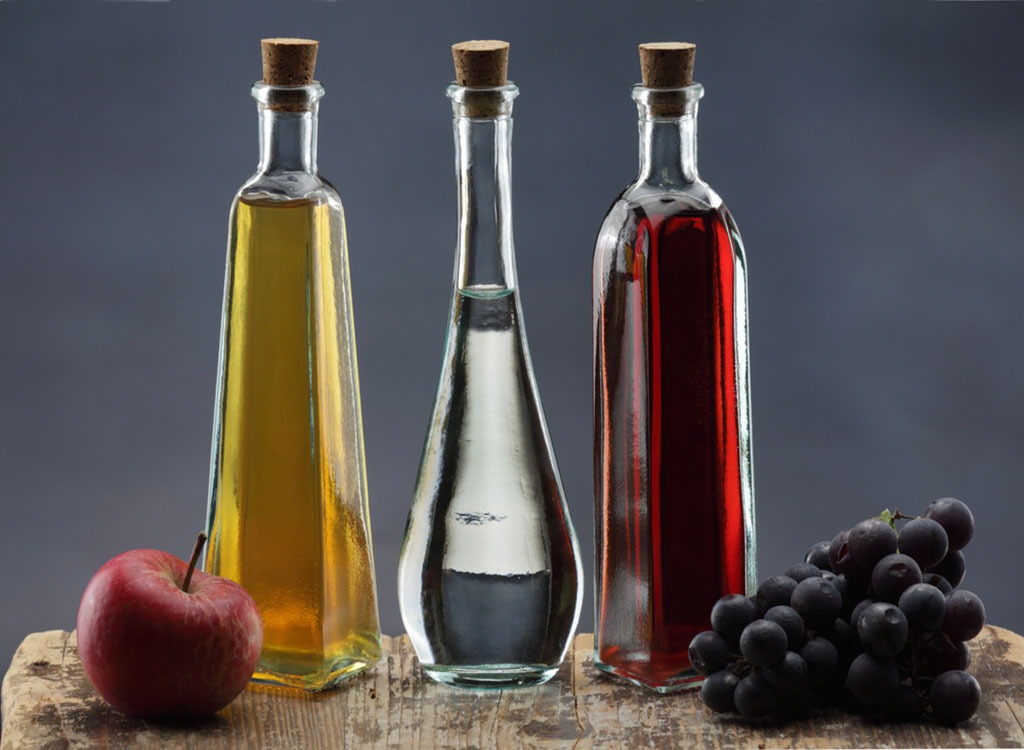 Apple cider vinegar is the gold standard for vinegar, but you can reap the health rewards from other varieties, too. In fact, most studies that examine vinegar's effect on blood sugar and cholesterol didn't even administer apple cider vinegar. All vinegar contains acetic acid, which is believed to be the secret weapon behind vinegar's gut-healing and blood sugar-lowering properties. So while ACV gets all the hype, balsamic and plain old white vinegar have many of the same health benefits.

Myth: It's Only For Humans

Our furry friends can benefit from apple cider vinegar, too. Some holistic vets swear by it as a remedy for itchy skin and ears: a 1:1 ratio of ACV and water sprayed onto itchy spots (NOT open wounds) can provide relief. It can also be used in the same ratio as an ear cleaner on a cotton ball. Be sure you check with your veterinarian before going the DIY route to treat Fido. 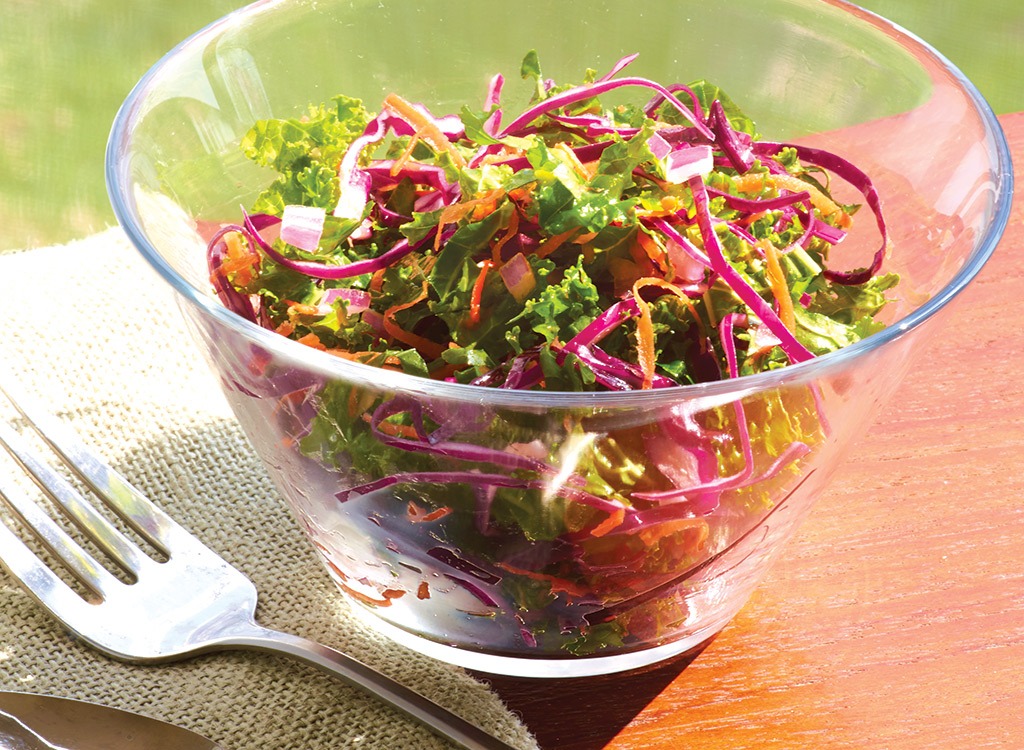 Sure, taste is subjective. But you don't need to down the strong-tasting vinegar on its own with a spoon. Mix it with olive oil and spices for a mild-tasting salad dressing, or blend it into a smoothie. If you want to get the health benefits without the strong taste, get creative and check out our 30 Awesome Uses for Apple Cider Vinegar.