20 Ways to Beat the Bloat

Slim down in minutes with these science-backed solutions for looking and feeling flat all day long.

Imagine taking off your shirt, looking into the mirror, and seeing zero belly. Not a little belly. Not a tiny bit of belly. Not a pooch or a muffin top or a spare tire or a gut. Zero belly. A flat, rippled stomach where the softness used to be. Most of us have long abandoned that ideal. We've accepted belly fat as an inevitable albatross, a companion for life, just a normal part of being a normal human being.

My book, Zero Belly Diet, unlocks the secrets of foods that provide all the essential protein, vitamins, minerals, and fiber you need to lose weight and flip your genetic triggers, while sidestepping the traditional diet mistakes that cause hunger, inflammation, and rebound weight gain. And it almost immediately reduces the bloating and digestive discomfort that not only makes you look and feel fatter but adds to the inflammation that causes long-term weight gain. In this sneak peek, you'll discover my favorite 20 Ways to Beat Bloat, compliments of Zero Belly Diet. 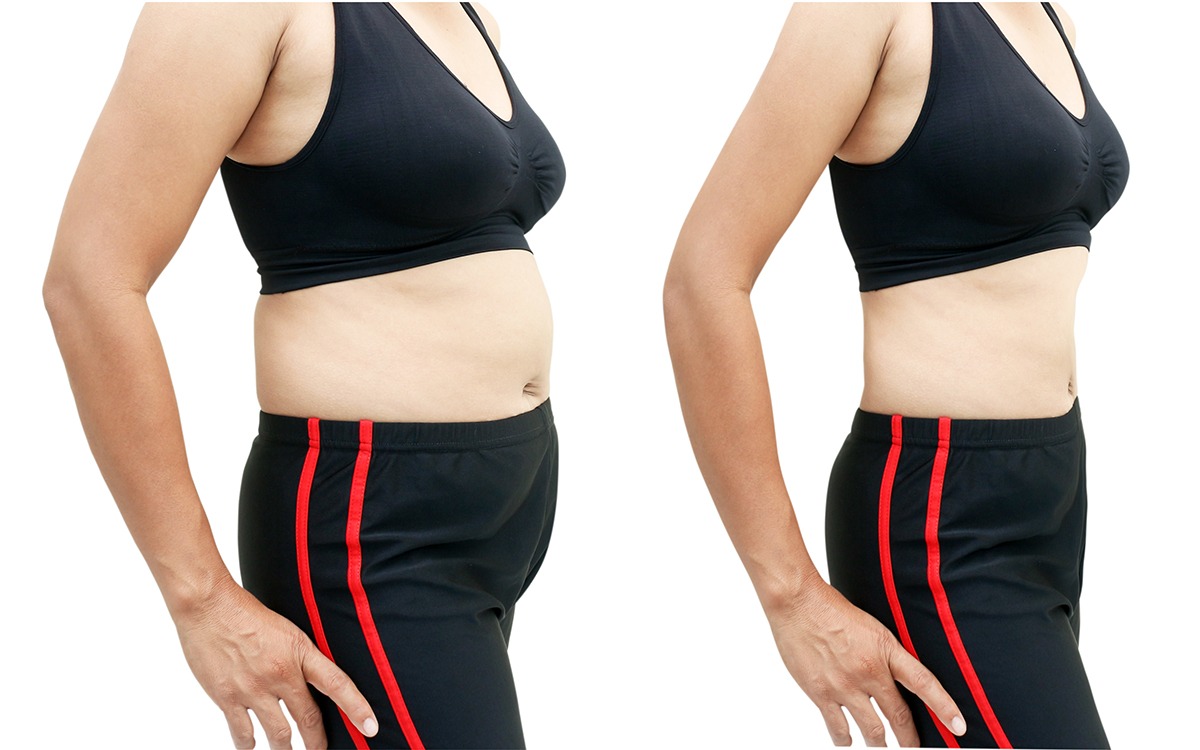 Ever notice how some days you wake up, glance in the mirror, and just look and feel slimmer? And some days you go to button your pants and think, "What happened?" It could be in your head: maybe you're not feeling as fit and fired-up as you normally might be. But maybe it's because you still weigh the same, but you actually do appear fatter thanks to belly bloat— the side effect of an imbalanced gut. According to the American Society for Clinical Nutrition, a healthy bug called L. plantarum, a bacterial strain found in plant-based foods, can decrease bloating, particularly in people with irritable bowel. It's found in highest concentrations in fermented plant foods like sauerkraut and brined olives, and many of the Zero Belly Diet foods.

Reduce Your Dairy and Gluten

Zero Belly attacks inflammation throughout the body by triggering your digestive system's natural health defense system, shrinking bloat, easing digestion, and flattening your stomach with shockingly rapidity. While Zero Belly isn't strictly dairy-free or gluten-free, it will substantially reduce your intake of lactose (the naturally occurring sugar in dairy), gluten (the protein found in wheat), and animal-derived saturated fat, and it will eliminate inflammation-causing additives and preservatives. Meanwhile, it will fill your body with the nutritional trigger foods that allow for digestive healing.

Make Your Diet a Lifestyle

Jenni Joshi, 38, lost 11 pounds and 2 inches from her waist on my plan because she didn't approach it like a prison sentence. "It's easy to stick with and makes sense. It is a lifestyle, not a diet. And the added benefits: flawless skin, less bloating, and more energy."

Eat a Few Times a Day

If you want to look leaner and feel better, you need to keep your metabolism burning hot. And that means providing your system with the right fuel—often. On the Zero Belly plan you'll be eating up to five times a day, including three square meals, at least one Zero Belly Smoothie, and one afternoon or evening snack (if you're still hungry). There's science to support the fact that more meals work at keeping your metabolism roaring, but the plainspeak reason it works is because it does something that many diets don't do: it keeps you full and satiated, which will reduce the likelihood of a diet-destroying binge or too-large meal that can leave you bloated and uncomfortable. 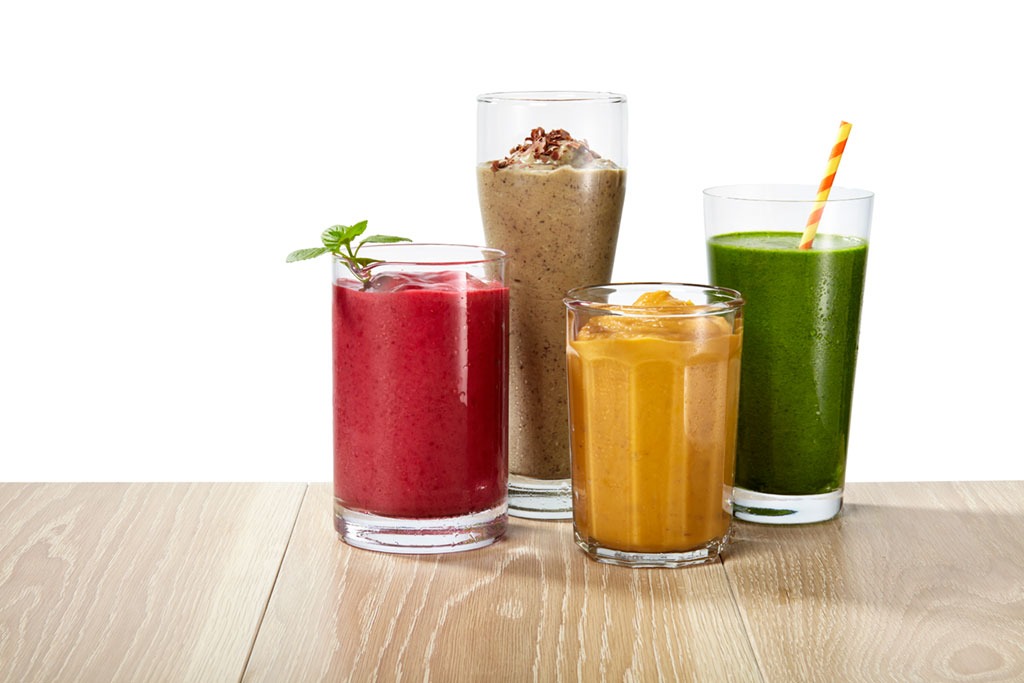 Zero Belly was just the thing for Bryan, a 29-year-old accountant who needed to lose weight. "The program actually allows you to eat good food. Almost immediately I lost the bloat"—a result Bryan attributes to the high-protein, dairy-free Zero Belly Smoothies. "I love them. I'm a sweets craver, and these were an awesome alternative to the bowls and bowls of ice cream I would have had." Two minutes—that's all the time it takes to blend up Zero Belly Smoothies—a unique mix of super nutrients that will flatten your gut, boost your metabolism, heal your digestive system, and turn off your fat genes for good.

On Zero Belly, you won't eat white root vegetables such as potatoes, turnips, and parsnips. They're low in phytonutrients and high in starch, so they don't get invited to the party. Also not included in this program are vegetable staples like broccoli, cauliflower, cabbage, and Brussels sprouts. The cruciferous vegetables can cause bloating and gassiness, especially when eaten raw. I'm not saying don't eat them if you like, but they shouldn't be staples of your dietary game plan. Zero Belly favorites: watercress, Chinese cabbage, spinach, romaine, kale, chard, carrots, zucchini, red bell peppers, grape tomatoes, mesclun greens, leafy green herbs (parsley, oregano, basil).

One recent study found that women who ate a banana twice daily as a pre-meal snack for 60 days reduced their belly-bloat by 50 percent! Why? The fruit increases bloat-fighting bacteria in the stomach. Bananas are a terrific source of of potassium, which can help diminish retention of fluids.

Sub in Tamari for Soy Sauce

If you've deprived yourself of soy sauce because you can't stomach the gluten, try this substitute, which is also made from soybeans but is gluten free. Sayonara bloating, hello flat belly. It has a richer, less salty taste than traditional soy sauce. Go for a low-sodium or lite version, which can cut the sodium content by half. 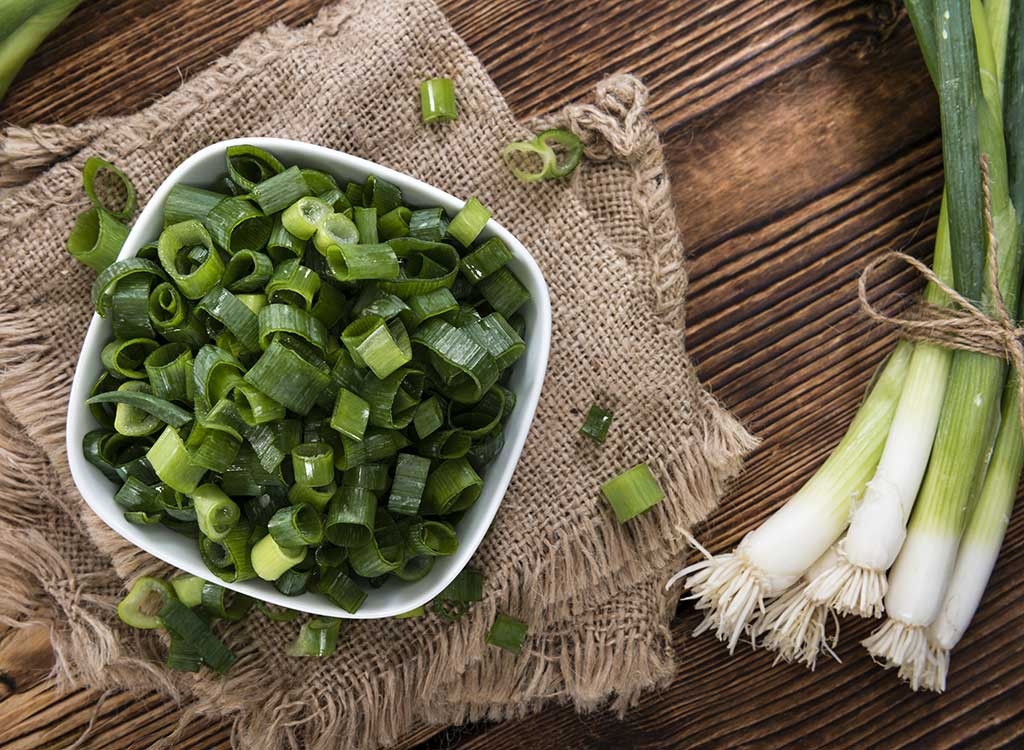 Wasabi is that spicy paste that comes with your sushi, but it originates as a root vegetable that has cancer-fighting properties. A study in the International Journal of Food Microbiology suggests wasabi is effective against the bad gut bacteria H. pylori, that's been linked to ulcers. Kizami wasabi is a sauce made of the chopped root, and adding it to Asian dishes will help balance your good gut bugs, banishing bloat. Try this recipe: KIZAMI WASABI MIX INGREDIENTS 3 oz extra virgin olive oil 1 cup scallion whites, minced 1 oz fresh ginger, minced 1 cup kizami wasabi 1 tbsp rice wine vinegar Heat olive oil in a pan. Add scallions and ginger. Sweat for 3-5 minutes until the scallions are softened. Add kizami wasabi and rice vinegar. Stir and cool immediately.

Chewing gum may seem like a harmless habit, but one too many sticks can give whole new meaning to the phrase "bubble butt." Sugarless gums typically contain sorbitol, a sugar alcohol known for causing bloating and other gastrointestinal distress. Sorbitol takes a relatively long time to digest, and undigested sorbitol in your small intestine acts as hothouse for the fermentation of bacteria, causing bloating and flatulence.

Watch Out for Soy Protein

You probably don't think "beans" when you unwrap a protein bar, but a lot of them include protein isolate derived from soybeans—something many people find just as gas-inducing as the musical fruit. Like other beans, soy contains oligosaccharides, sugar molecules that the body can't break down entirely. With nowhere to go, these oligosaccharides hang out in the where they ferment, causing gas and bloating of the stomach.

Nature's candy, dried fruit can be a great source of nutrients and fiber. But it can also be a musical fruit for those who suffer from fructose malabsorption, which occurs when the body has difficulty absorbing the natural sugar. Dried fruits are particularly high in fructose; stone and citrus fruits, and berries are safer options for those with sensitivity.

If you're still a dedicated dried fruit fan, make sure to read the label before you buy. Many dried fruits have added sugar that makes them pack even more grams than a donut. Check out our list of the 5 "Health" Foods Worse Than a Donut to expose the other sneaky diet saboteurs.

Mooove over, cow's milk! Almond milk is a better option for those with lactose sensitivity, but you may be undermining your goals if you're buying a brand with the thickening agent carrageenan. Derived from seaweed, carrageenan has been linked to ulcers, inflammation, and other gastrointestinal problems. 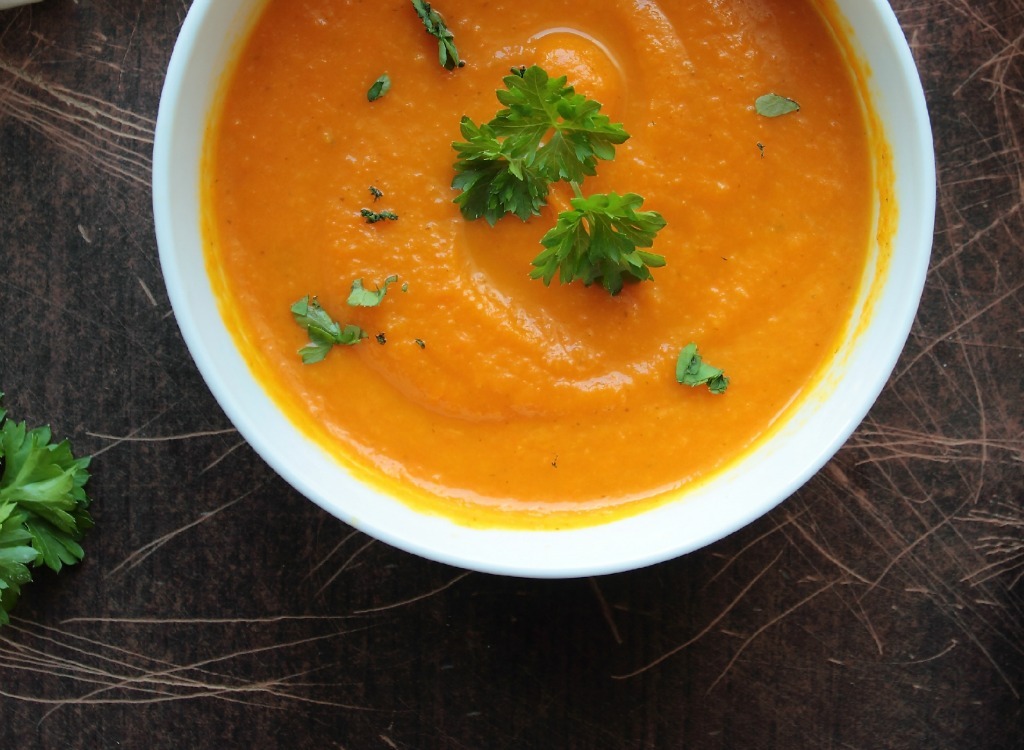 Good for the soul, but potentially bad for the stomach, soup can hide sky-high sodium counts that may lead to water retention and temporary weight gain. When you overload your system with salt, your kidneys can't keep up; salt that would otherwise be flushed away has to sit in your bloodstream, where it attracts water, causing increased blood pressure and bloating.

Cinnamon contains powerful antioxidants called polyphenols that are proven to alter body composition and improve insulin sensitivity. An animal study published in Archives of Biochemistry and Biophysics showed that the addition of dietary cinnamon reduced the accumulation of belly fat. And a series of studies published in the American Journal of Clinical Nutrition found that adding a heaping teaspoon of cinnamon to a starchy meal may help stabilize blood sugar and ward off insulin spikes. Sprinkle cinnamon in your morning oats and smoothies for a smaller waist, fewer cravings, and appetite control.6254a4d1642c605c54bf1cab17d50f1e

Cut Down on Antibiotics

Our gut bacteria play a big role in keeping our fat genes in check by chomping on fiber and creating short-chain fatty acids (SCFAs) such as butyrate, which help tame our genetic propensity for weight gain and diabetes. When we take antibiotics for every sniffle that comes along, we create disorder in our gut bacteria and undermine their ability to create the SCFAs that keep our fat genes in check.

Flush Out Your System

If you're serious about shedding belly flab, I'd encourage you to cut out booze, soda, and any artificially sweetened drinks for the six-week plan. These drinks are loaded with sugars and artificial ingredients that can cause weight gain and bloating. The easiest way to get in your eight glasses is to drink a glass as soon as you wake up, with every meal, Zero Belly Smoothie, or snack, and before you go to bed. 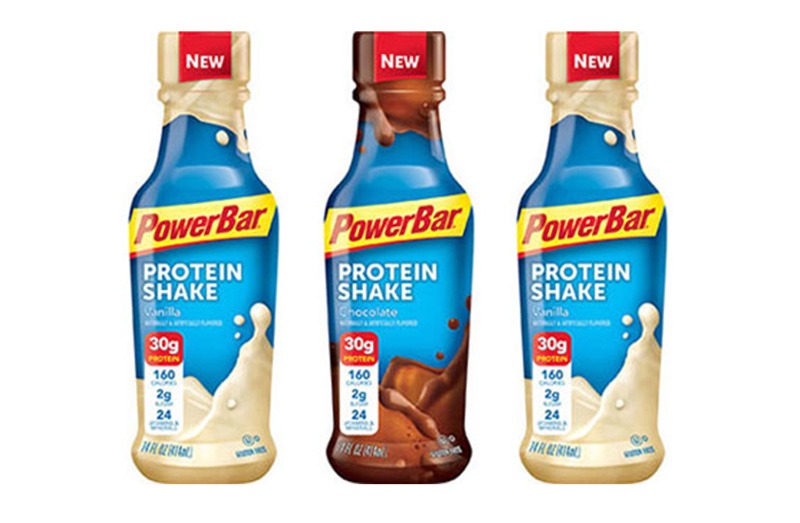 After the release of The Abs Diet, consumers came to understand the connection between protein and weight loss, and how protein helped to build muscle and burn fat. And soon after, the food industry leapt in and found a way to market the idea. Today, every bodega and kiosk and drugstore has shelves of "protein bars" and "muscle shakes." But I'd prefer we call them what they really are: calorie bars and bloat shakes. They may have protein, yes, but most are also enormously high in food additives, lactose, and other compounds that can cause digestive issues and inflammation. 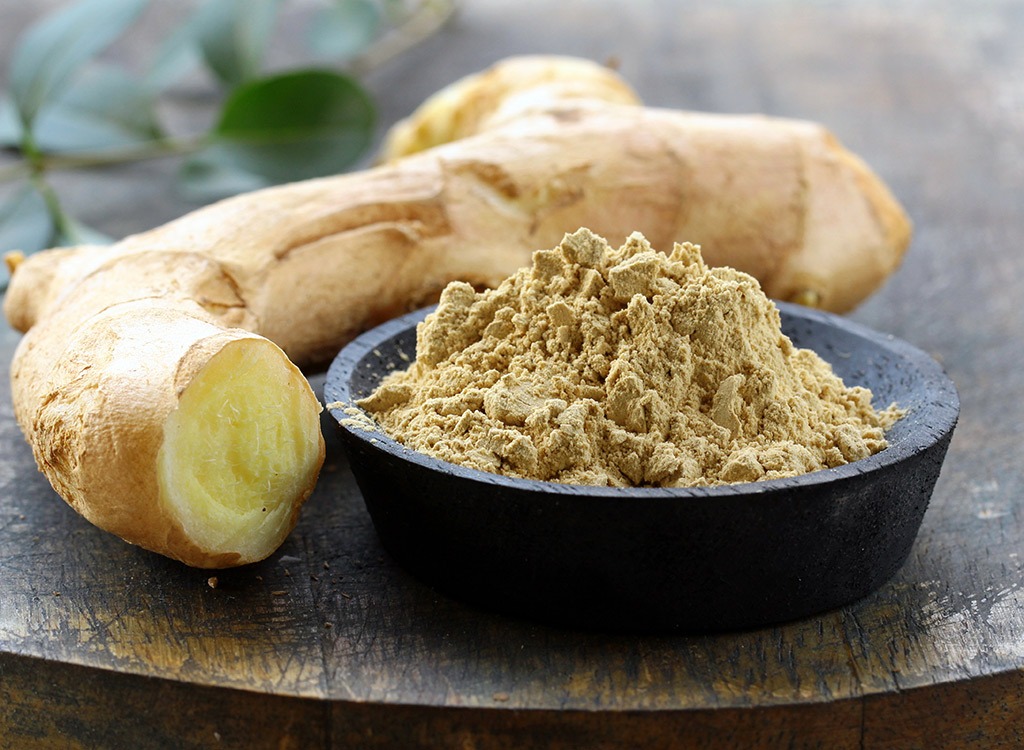 I cannot confirm whether Confucius had a six-pack, but legend has it the Chinese philosopher ate ginger with every meal. And now there's science to suggest ginger can improve a number of gastrointestinal symptoms. In addition to curing bellyache, a study published in the Journal of Gastroenterology and Hepatology suggests, ginger may have a unique ability to accelerate gastric emptying. To quote the First Lady: "Let's move!" Freshly grated ginger is delicious in marinades and salad dressings, or pick up a box of ginger tea for a soothing digestif.

A hardworking food service director and father of seven, Bob McMicken knows stress. And at 229 pounds with a dangerously large waistline, he knew his health was a major concern. Sick of feeling bloated and emotionally drained, Bob made a commitment to taking control of his health and signed up for Zero Belly. Within days of following the easy menu, Bob's bloat seemed to disappear. And in less than six weeks, Bob had lost 6 pounds and a whopping 6 inches from his formerly distended middle. "Before Zero Belly Diet, I felt bloated, fat, and depressed," he said. "Now I feel better, have more energy, and am smiling! I found my favorite shirt finally covered my belly again!"

David Zinczenko
Dave is a globally recognized expert in health, fitness, nutrition, and weight loss and is the #1 New York Times bestselling author of 25 books in 15 languages. Read more about David
Filed Under
Bloating