Sugar and salt warnings may be added to labels and menus—here are more additives to beware!

Summer is a season full of excitement, adventure—and warning signs. Don't Feed the Animals. No Lifeguard on Duty. Must Be This Tall to Ride the Tilt-a-Whirl. But one summer attraction that doesn't come with a warning label—and should—is your picnic basket.

Two municipalities made big moves to change that this week. In San Francisco, supervisors voted in favor of warning ads for sugary sodas—concerned that those drinks lead to diabetes and obesity—while New York City's Health Department will propose that all chains add "a salt-shaker-like symbol" in menus, to indicate when dishes have more than 2,300 milligrams of sodium, which is the recommended daily limit.

These new rules represent a solid first step toward keeping consumers informed about what they're eating, and what the implications of eating them may be. But there remain a number of substances being added to our food that probably should carry warning labels, but don't. The editors of the new Eat This, Not That! magazine identified some of the most worrisome foodstuffs in America (many of them are banned in Europe, Canada and other parts of the globe). Look for these on the label of your food—and consider yourself warned.

Found in: More than 6,000 grocery items, including diet sodas, yogurts, and tabletop sweeteners
Brands that Have it: Diet Pepsi and Diet Coke, Uncle Ben's Sweet and Sour Light, Wrigleys Orbit gum, Equal
What it is: A near-zero-calorie artificial sweetener made by combining two amino acids with methanol, aspartame is most commonly used in diet soda, and is 180 times sweeter than sugar.
What You Need to Know: Over the past 30 years, the FDA has received thousands of consumer complaints due mostly to neurological symptoms such as headaches, dizziness, memory loss, and, in rare cases, epileptic seizures. Many studies have shown aspartame to be completely harmless, while others indicate that the additive might be responsible for a range of cancers. Until we know for sure, Eat This, Not That! recommends avoiding the additive. Instead, slim down naturally—and effortlessly—with the magical power of tea by drinking these 4 Teas That Melt Fat, part of the new no-diet weight-loss e-book, The 7-Day Flat-Belly Tea Cleanse.

Found in: Thousands of highly processed foods such as cereals, beverages, and cookies
Brands that Have it: Oreo cookies, Golden Grahams, Gatorade, the list goes on. But some companies are removing them altogether, like Nestlé.
What it is: This blanket-term denotes any of hundreds of allowable chemicals such as butyl alcohol and phenylacetaldehyde dimethyl acetal. The exact chemicals used in flavoring are the proprietary information of food processors, used to imitate specific fruits, butter, spices, and so on.
What You Need to Know: The FDA has approved every item on the list of allowable chemicals, but because flavorings can hide behind a blanket term, there is no way for consumers to pinpoint the cause of a reaction they might have had.

Found in: Nearly everything: ice cream, chips, cereal, bread, ketchup, canned fruits, yogurt, and two-thirds of all sweetened beverages
Brands that Have it: Wonder Bread Whole Grain Wheat, among thousands more.
What it is: You already know about this corn-derived sweetener, and yet maddeningly, there's still no warning label, and it hides in "wholesome" foods like bread, sauces and cereals. HFCS still represents more than 40 percent of all caloric sweeteners in the supermarket. Despite consumer outrage, its use is prevalent if slowing—albeit at a snail's pace—as food marketers begin to favor pure sugar or other sweeteners.
What You Need to Know: Since 1980, the US obesity rate has risen proportionately to the increase in HFCS, and Americans are now consuming at least 200 calories of the sweetener each day. Research published by The Endocrine Society found that adults who consumed high levels of high fructose corn syrup for just two weeks had increased levels of bad cholesterol, raising their risk of heart disease. (To cut your risk—and slim down in time for summer!—deploy these essential 14 Ways to Lose Your Belly in 14 Days!) 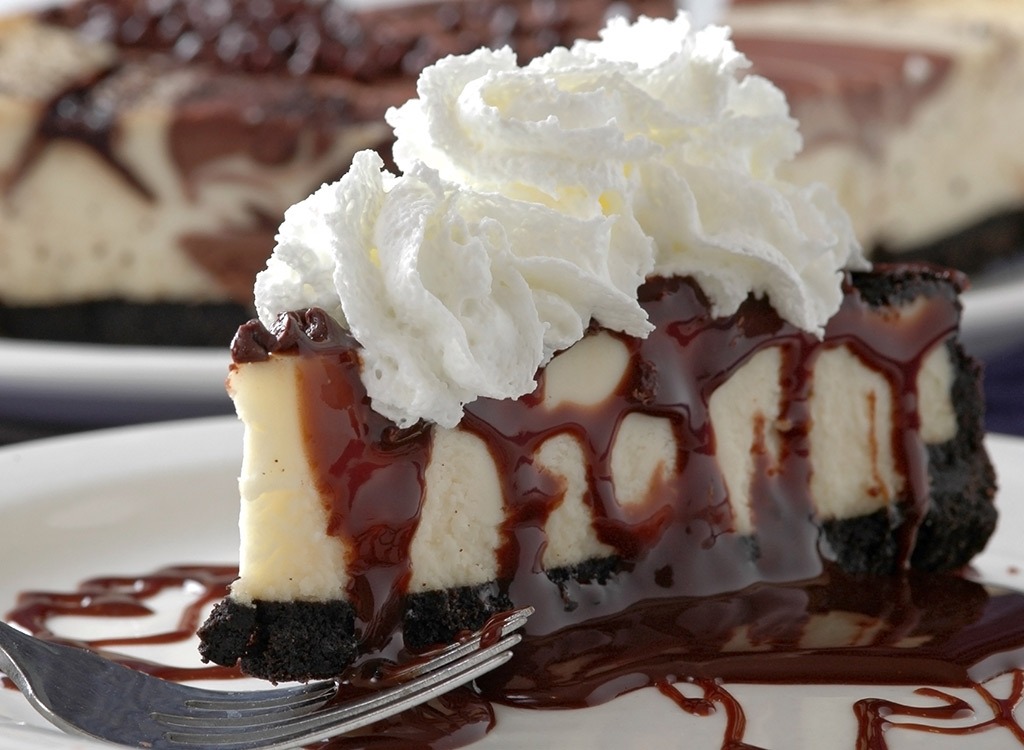 Found in: Margarine, pastries, frozen foods, cakes, cookies, crackers, soups, and nondairy creamers
Brand that Has it: Steak 'N Shake Sausage Gravy and Biscuits (at 8 grams, that's four days' worth!)
What it is: Food processors like this fat because of its low cost and long shelf life. It's a manufactured fat created by forcing hydrogen gas into vegetable fats under extremely high pressure, an unintended effect of which is the creation of trans-fatty acids.
What You Need to Know: Trans fat has been shown to contribute to heart disease more so than saturated fat. Progressive jurisdictions such as New York City, California, and Boston have approved legislation to phase trans fat out of restaurants, and pressure from watchdog groups might eventually lead to a full ban on the dangerous oil. Yet it's still out there. A loophole in the FDA's labeling requirements allows processors to add as much as 0.49 gram per serving and still claim zero in their nutrition facts.
5

Found in: Fruit cocktail, candy, chocolate cake, cereal, beverages, pastries, maraschino cherries, and fruit snacks
Brands that Have it: Yoplait Light Fat Free Strawberry, for one
What it is: These include dyes that are cherry red and orange red, respectively. Red #40 is the most widely used food dye in America.
What You Need to Know: The FDA has proposed a ban on Red #3 in the past, but so far the agency has been unsuccessful in implementing it. After the dye was inextricably linked to thyroid tumors in rat studies, the FDA managed to have the liquid form of the dye removed from external drugs and cosmetics. Put down that Yoplait and instead buy these all-natural 9 Best Yogurts for Weight Loss.6254a4d1642c605c54bf1cab17d50f1e

Found in: Baked goods, frozen meals, and tub margarine
Brand that Has it: Jif Creamy Peanut Butter
What it is: This is an extremely hard, waxlike fat made by forcing as much hydrogen as possible onto the carbon backbone of fat molecules. To obtain a manageable consistency, food manufacturers often blend the hard fat with unhydrogenated liquid fats.
What You Need to Know: In theory, fully hydrogenated oils, as opposed to partially hydrogenated oils, should contain zero trans fat. But the process of hydrogenation isn't completely perfect, which means that trans fat will inevitably occur in small amounts.

Found in: Peanut butter, ice cream, margarine, baked goods, and whipped topping
Brands that Have it: Dove Unconditional Chocolate Ice Cream, Ben & Jerry's Chocolate Chip Cookie Dough
What it is: These occur naturally in foods and constitute about 1 percent of normal fats. They're added to foods to bind liquids with fats.
What You Need to Know: Aside from being a source of fat, the glycerides themselves pose no serious health threats. But the fat is reason enough to want a label. And speaking of dangerous fat hiding right before your eyes, click here to discover the shocking truth about How Tilapia Is Worse Than Bacon! 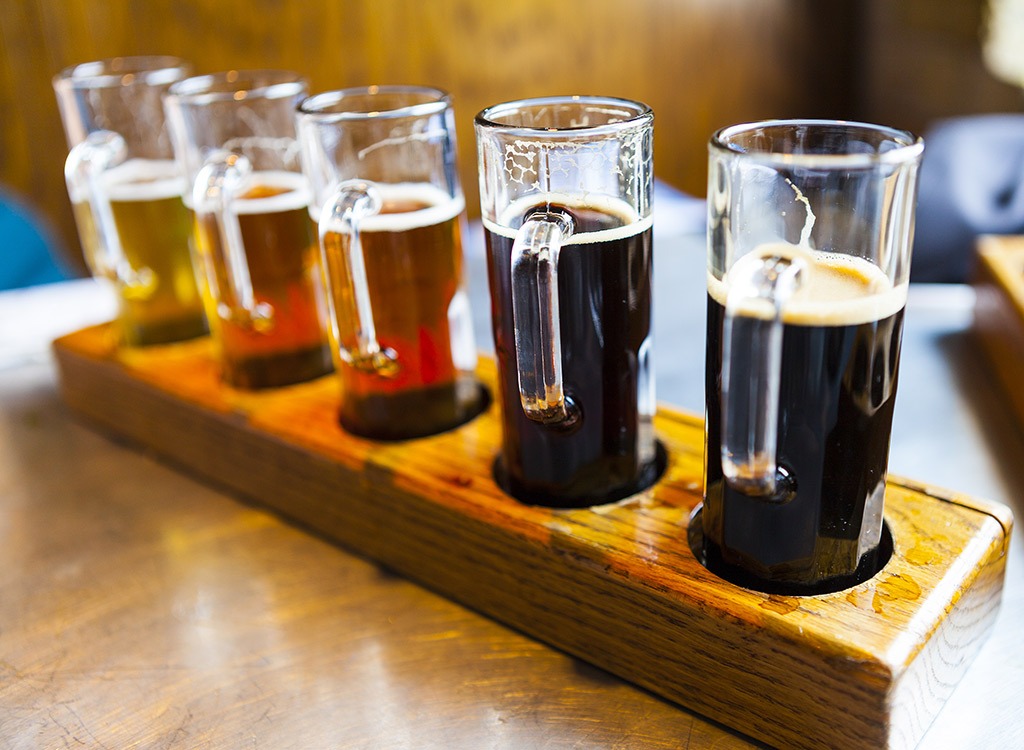 Found in: Beer, crackers, cereals, butter, and foods with added fats
Brand that Has it: Trix cereal, which also has Red #40 and artificial flavors, and Lucky Charms
What it is: Petroleum-derived antioxidants used to preserve fats and oils, these are often added to "preserve freshness."
What You Need to Know: Of the two, BHA is considered the more dangerous. Studies have shown it to cause cancer in the forestomachs of rats, mice, and hamsters. The Department of Health and Human Services classifies the preservative as "reasonably anticipated to be a human carcinogen." Warning label? Yes please.

EAT AN AWARD WINNER! Click here for our 50 Best Snacks for Weight Loss! 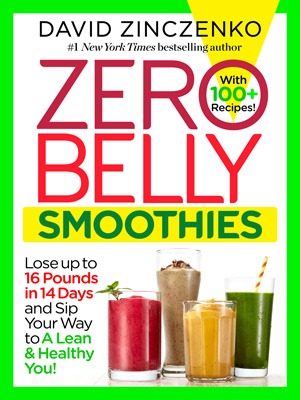