Here's how to get science on your side so that you start tipping the scale in a favorable direction.

Dare we ask how your weight-loss goals have been going? If you're starting to fall off the treadmill track, it might be time to call in some reinforcement. And hey, it happens to the best of us! But we're here to help get you back on track and remind you that reaching those goals isn't just physical, but mental, too.

So we turned to science to uncover some very crucial science-backed ways to get you to lose more weight. These tips will hoist you up by your sports bra straps (or tank top) and snap you right back into your routine. And if you're looking for more motivation to get you to reach your goal, check out these 15 Underrated Weight Loss Tips That Actually Work.

If you've taped a photo of a thin model in your pantry to stop yourself from grabbing a cookie or you're obsessed with before-and-after photos and are only following models on Instagram, you could be sabotaging your own weight-loss goals. Women who were given weight loss diaries with a skinny model on the front and every page didn't lose weight; in some cases, they actually gained pounds, according to a December 2012 study published in the International Journal of Research in Marketing. Meanwhile, the women who had neutral images on their journals and didn't see the skinny model photos lost weight. If you journal (and weight loss experts say you should!), don't miss these 10 Tips for Keeping a Food Journal for Weight Loss.

Put Your Money on it

If you want to a sure way to lose weight, bet on it. A 2013 study from the Mayo Clinic hints that money can be a motivator for weight loss. Participants in a weight loss group who had financial incentives—such as cash rewards for hitting targets and having to pay into a pot of money if you miss the mark—were more likely to lose weight than those who were only provided with weight loss education and behavior modification programs. Those in the money groups dropped an average of 9.08 pounds whereas their peers lost 2.34 pounds.

Get a Workout Buddy 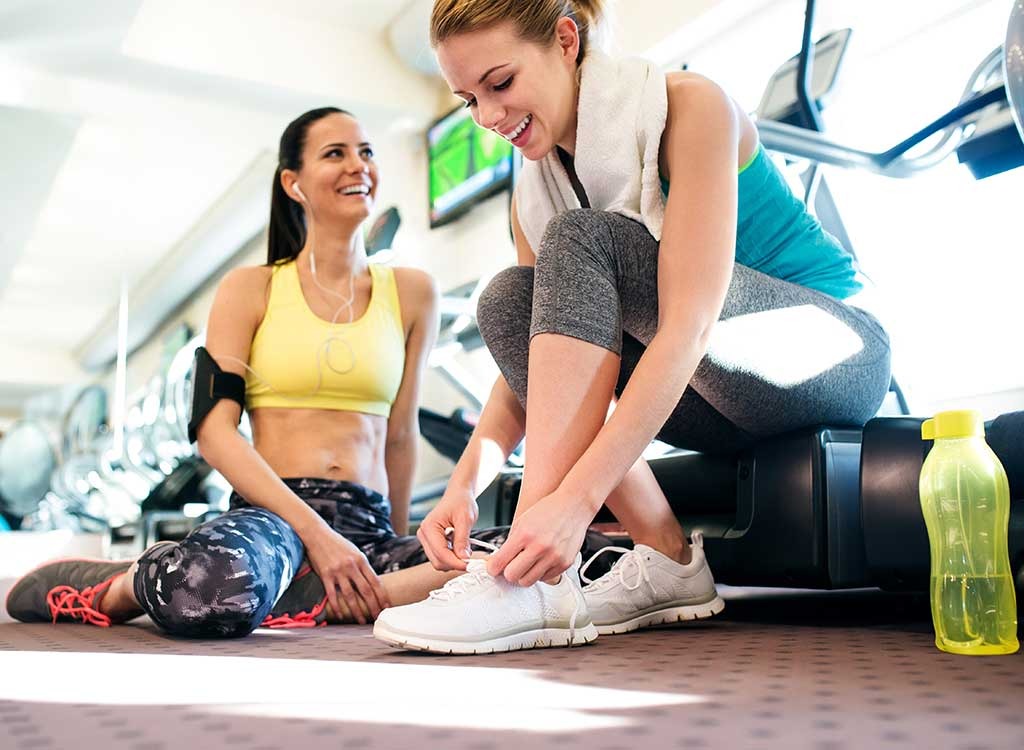 Find yourself a swole-mate! A study from the University of Pennsylvania that tracked 217 graduate students enrolled in free exercise classes at the campus gym revealed the power of having a pal. What happened: Part of the group received motivational videos and infographics with fitness tips. The other group was placed in social networks and gave each other updates on fitness achievements. At the end of the 13-week study, researchers found that the promotional messages gave a little bump in gym attendance, but the motivation didn't stick. The more social group? They went to the gym more! Not into the gym anyway? Don't miss these 21 Ways to Sneak in a Work Out.

Lay off the Marijuana

Puff, puff, pass…on the pot. A July 2013 study from Imperial College London found that long-term marijuana users tend to produce less dopamine, which is the chemical in the brain that's linked to motivation. The good news: The study authors think the effects seen in this study are reversible if you stop smoking and eating pot brownies.

And Quit Smoking Cigarettes, Too

Your lungs and brain are teaming up with this "quit smoking" message. A study published in Respirology found that not only are smokers less active, but they become lazier in that they then lack the internal motivation to change. Worried that you'll eat more once you stop smoking? Learn about these 17 Reasons You're Overeating (And How to Stop!) and you'll be healthier, thinner, and happier in no time!6254a4d1642c605c54bf1cab17d50f1e

Hang Out with Other People Losing Weight

Losing weight can be socially contagious. At least that's what a study published in the journal Obesity found when it looked at team-based weight loss competitions. Participants who lost at least 5% of their initial body weight tended to be clustered on the same teams. The researchers concluded that being surrounded by others with similar goals can be a boon for weight loss efforts. Bonus tip: If you're in a real-life Biggest Loser group, sign up to be the team captain because they lost the most weight in this study.

Don't Rely on Your Fitness Tracker

If you're relying on your fitness tracker to be your accountability partner, you might be missing the mark. A study from the University of Pittsburgh found that activity monitors aren't reliable tools to aid weight loss. After two years, researchers found that participants who wore the trackers and participated in a behavioral weight-loss program lost less weight than those who were simply involved in the behavioral weight loss program. Those with trackers lost an average of 7.7 pounds, while those who just received the health counseling reported an average loss of 13 pounds.

Giving yourself a pep talk could help you run faster on the treadmill or master that advance pose on the yoga mat. But there's a specific phrase you've got to use to motivate yourself, according to a study published in Frontiers of Psychology. Those magic words that up your chances at success? "I can do better." Now that you know the four magic words, here are 33 Tips for Total Confidence to really amp up your A-game.

Don't Make it About the Scale

Here's another motivational mind trick to play on yourself. Don't let the scale be your motivator. Instead, a December 2013 study from the University of Chicago Booth School of Business says that if you want to lose weight, you're better off simply enjoying your workout. By focusing on the activity and the pleasure you get from it—whether that's a super fun dance class or spin cycle sweat sesh—you can maintain your motivation.

Identify as a 'Healthy Eater'

How's this for easy? Call yourself a "healthy eater." That's it. According to a study in the journal Self & Identity, individuals who identify with a particular role start to take on the traits. Think of it this way: "You eat what you are." For more motivational hacks, don't miss these 40 Tips for Motivation That Actually Work!