15 Things You Didn't Know About Publix

There's a reason Publix is a fan-favorite grocery store.

Publix is one of the largest regional supermarket chains, with stores throughout the Southeast. It's also a regular on "best places to work" lists and is beloved for its "Pub Subs." In fact, the supermarket chain is so popular, it has its own line of branded merchandise. More on that later, but, yes, you can get Pub Sub pajama pants.

Here are some interesting facts you may not have known about Publix, even if you're from a state where the grocery store has a big presence.

You can renew your car registration at some Publix locations.

The store's founder grew up in the grocery business.

Publix founder George W. Jenkins got his start in the grocery biz by working for his father's general store, according to the State Library and Archives of Florida. He went on to work as a store clerk at a Piggly Wiggly in Tampa, Florida, and was promoted to store manager and then manager at the chain's largest store in Winter Haven. He opened Publix Food Store in 1930 and the first larger (and more grandiose) Publix Supermarket in 1940.

An orange grove helped pay for the first Publix supermarket.

When Jenkins was ready to expand in 1940, he mortgaged an orange grove he obtained during the Depression to help him put a down payment on Publix's first supermarket. With World War II in the backdrop, Jenkins' plans to continue building large, state-of-the-art stores were on hold. Instead, purchased a chain of small stores and then began expanding the supermarket chain in the 1950s.

Publix was a pioneer.

According to the State Library and Archives of Florida, Publix was the first supermarket in the United States to be completely air-conditioned. Shoppers could also enter through "electric-eye" doors, which was also considered state-of-the-art technology in 1940. The company's historical timeline says the store also had frozen food cases, piped-in music, wide aisles, and in-store donut and flower shops.

Publix is the largest employee-owned grocery store in the United States.

When Jenkins founded Publix, he established profit-sharing and employee ownership. Store associates affectionately called him "Mr. George." Publix has grown from a single store to the largest employee-owned grocery store in the United States.

The store's name has cinematic ties.

Publix founder George W. Jenkins once said in a speech that he got the idea for the name Publix from a chain of movie theaters that had been popular in Florida. "Most of them were closing up, and I liked the sound of the name, so I just took it for my store," he said, according to the State Library and Archives of Florida. The theaters, indeed, were shutting down after the stock market crash.

Florida has the most Publix stores.

In all, Publix has 1,241 stores spread throughout seven Southeast states. You can find Publix stores in Alabama, Florida, Georgia, North Carolina, South Carolina, Tennessee, and Virginia. But the largest concentration of stores is in Florida—the Sunshine State has 808 Publix stores. Virginia has the fewest with just 15 stores. 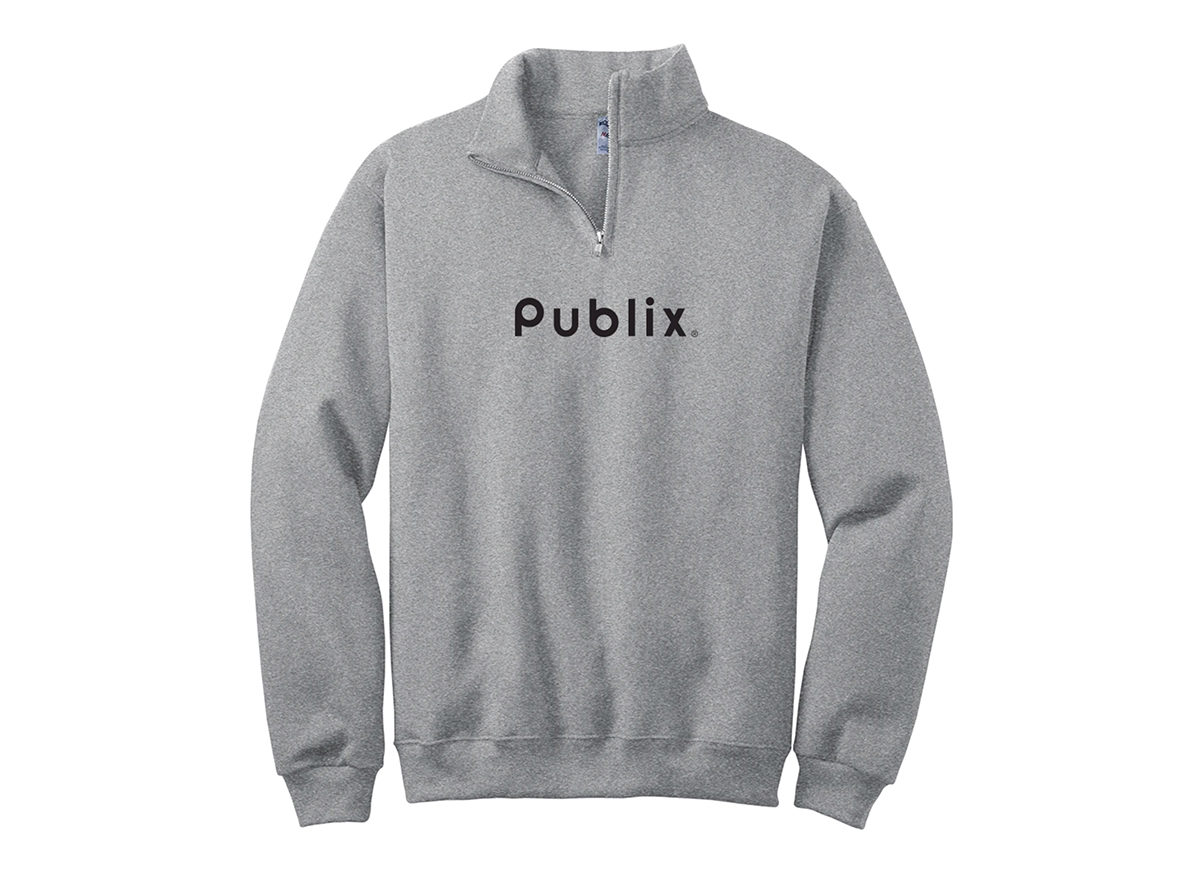 That's right. Not only can you purchase Publix-branded T-shirts and tote bags, but the store has a whole line of merchandise for its fans. We're talking T-shirts and pajama pants with sub sandwich graphics; a fanny pack; Publix playing cards; Christmas ornaments; onesies for babies that declare "I love Publix," and more.6254a4d1642c605c54bf1cab17d50f1e

Publix has its own ATMs.

Publix has its own automated teller network that it owns and operates called Presto! The chain has more than 1,220 ATMs across its stores. The ATM network is partners with several banks and credit unions so that shoppers don't have to pay fees when they withdraw cash.

The store earns accolades for being a great place to work.

The store doesn't do layoffs.

In Fortune's write-up about Publix in 2009, the magazine pointed out that the supermarket chain doesn't do layoffs. Because Publix is employee-owned, it prides itself on owners never wanting to lay off other owners.

Publix has its own cooking school.

With classes for kids, teens, and adults, Publix runs its own cooking school called Aprons. The cooking school is in 11 cities, and there are calendars full of fun classes, like sushi 101, pasta-making workshops, and game-day grub. Aprons also has online classes.

Publix will customize the size of your order.

Publix associates will break up packages for you so that you can get exactly the amount you want, whether that's a smaller cut of meat or fewer pastries in a package. "Publix understands that households come in all sizes—from big to small," a blog post on the company website explains.

Publix is beloved for its subs.

You can get a sub sandwich at grocery store delis. But we challenge you to find one with more fanfare than the subs at Publix, which are affectionately called Pub Subs and have their own Instagram hashtag (#PubSub). Pub Subs even have their own fan page on Facebook. There's also this nearly four-minute song on YouTube about Publix subs—the obsession is very real.

Suffice it to say, over the past 90 years Publix has amassed quite an interesting highlight reel. The supermarket has picked up a lot of fans along the way, and for good reason—it's hard to beat these Publix facts.