Why You Should Be Worried About The Chemicals In Your Home

Home isn't just where the heart is. It's also where chemicals can be hiding right under your nose.

Furnishing a house means making more decisions than you ever thought possible. For each item you buy, you have to consider price, quality, appearance, and even how well it flows with your other stuff — but it isn't as standard to consider its effects on your health. That's usually reserved for the grocery store where you can flip things over to check out nutrition facts. But while the items in your house don't come with a list of ingredients, trust us. There's more to them than meets the eye.

We've rounded up and exposed some of the worst culprits that are affecting your body more than you think they are. If this list gets you rethinking past purchases, tackle your fridge while you're at it and get rid of the 75 Unhealthiest Foods On The Planet.

What do food containers, nail polish, and shower curtains all have in common? Each of these often contains phthalates, a salt used for its flexibility in plastics and chipping prevention in paint. While mostly associated with endocrine disruption, a study on rats in Toxicology claims that this chemical can disrupt reproductive systems in both genders.

Sometimes trying to fix a problem can kickstart another one, like when polybrominated diphenyl ethers (PBDEs) are used as flame retardants in carpets, cell phones, and portable crib mattresses. Although this chemical does what it's supposed to, it also goes above and beyond, messing with thyroid hormones and children's IQ. According to a study in Environmental Health Perspectives, prenatal and childhood exposure is linked to decreases in attention, motor coordination, and cognition, while a fish study in Environmental Sciences and Technology found PBDEs to disrupt hormone regulation. Talk about a double-edged sword. 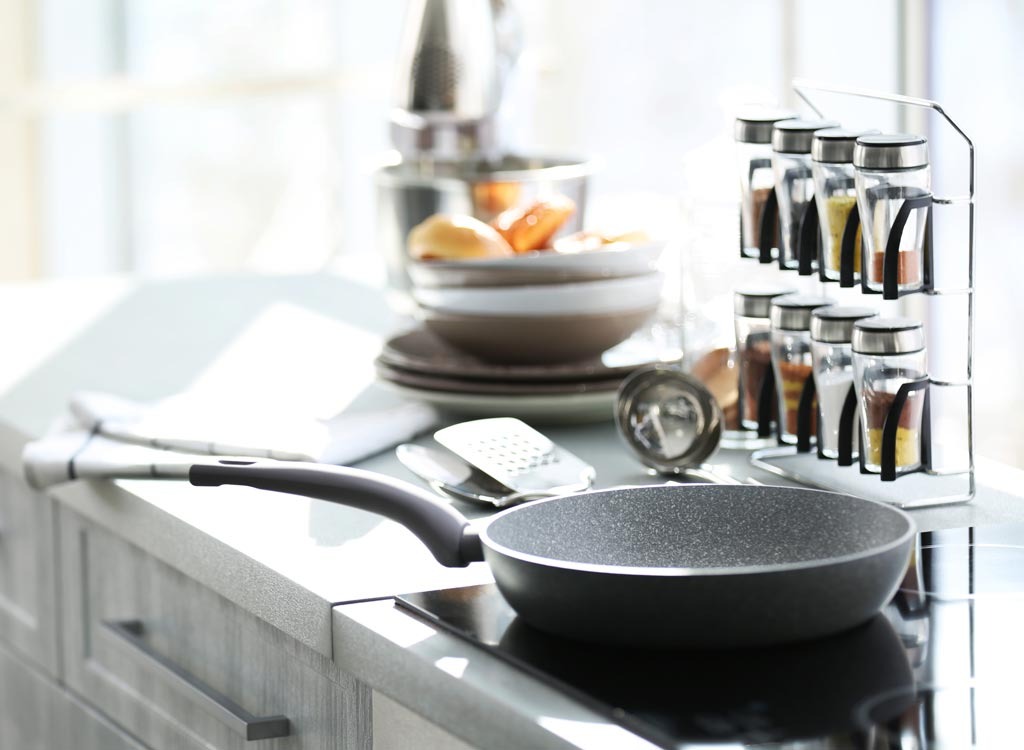 PFCs help make objects resistant to stains, grease, or water, which sounds great, right? Wrong. While you may appreciate what these chemicals do for your non-stick pans, clothes, and pizza boxes, you won't love what they do to your kids. Exposure to PFCs could lead to an increased chance of developing metabolic syndrome, according to a study on third graders in the Journal of Clinical Endocrinology and Metabolism. Metabolic syndrome refers to heart disease, stroke, and diabetes, so you can just add these products to the 12 Ways Your Home Is Making You Fat.

As you've probably noticed by this point, young children are more susceptible to some of these chemicals and that is especially true when it comes to lead poisoning. Buildings built before 1978 may have been painted with lead paint, and exposure to this can affect mental and physical development. For kids, this often shows up in the form of learning difficulties, but it can have an effect on adults as well, leading to memory and concentration issues. It's also bad for the reproductive systems of both genders and associated with miscarriage, reduced sperm count, and infertility, according to a study in Neurotoxicology. 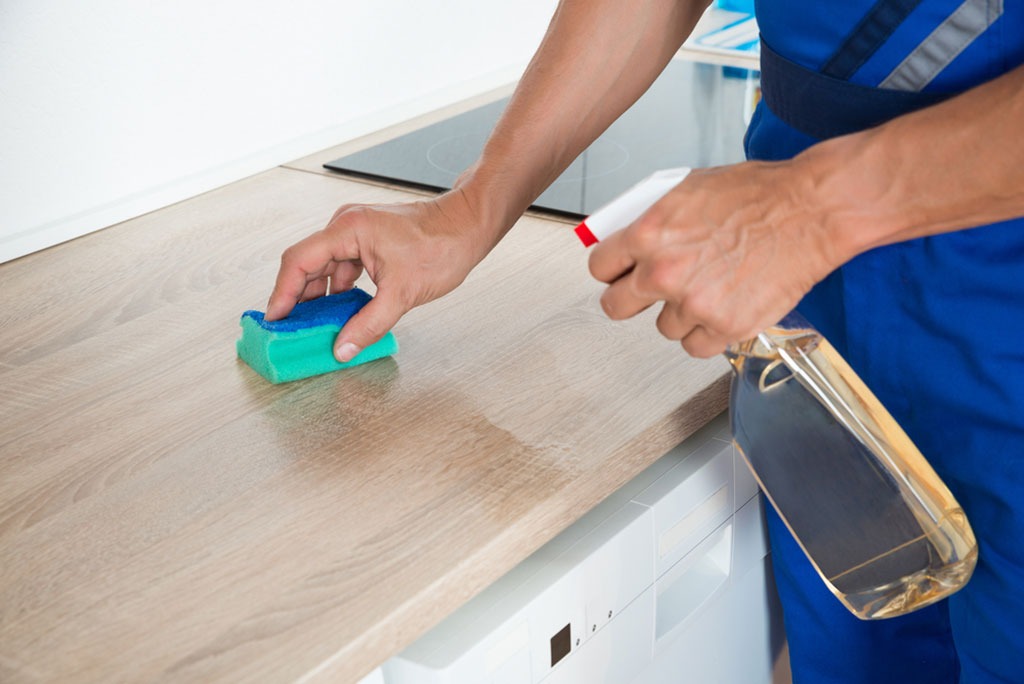 Speaking of sperm, a study in the American Journal of Industrial Medicine shows that the glycol ethers in your home also have been linked to low sperm count. These make appearances in sunscreens, cosmetics, adhesives, and cleaners, among other common products. 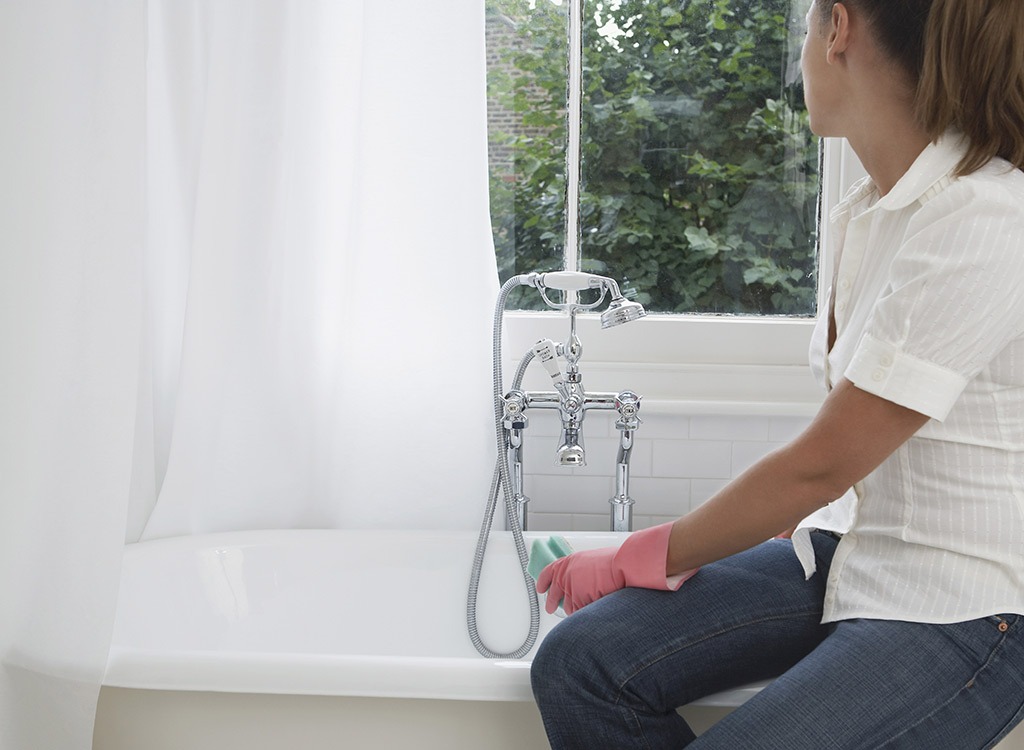 Cleaning your bathroom until it shines should be a good thing, but the ammonia in polishing agents and glass cleaners says otherwise. A study in Occupational and Environmental Medicine found increased asthma symptoms in domestic cleaning women using these types of products. But if you're going to remember anything about ammonia, it should be this: when mixed with bleach, it becomes a poisonous gas that can cause acute lung injuries. 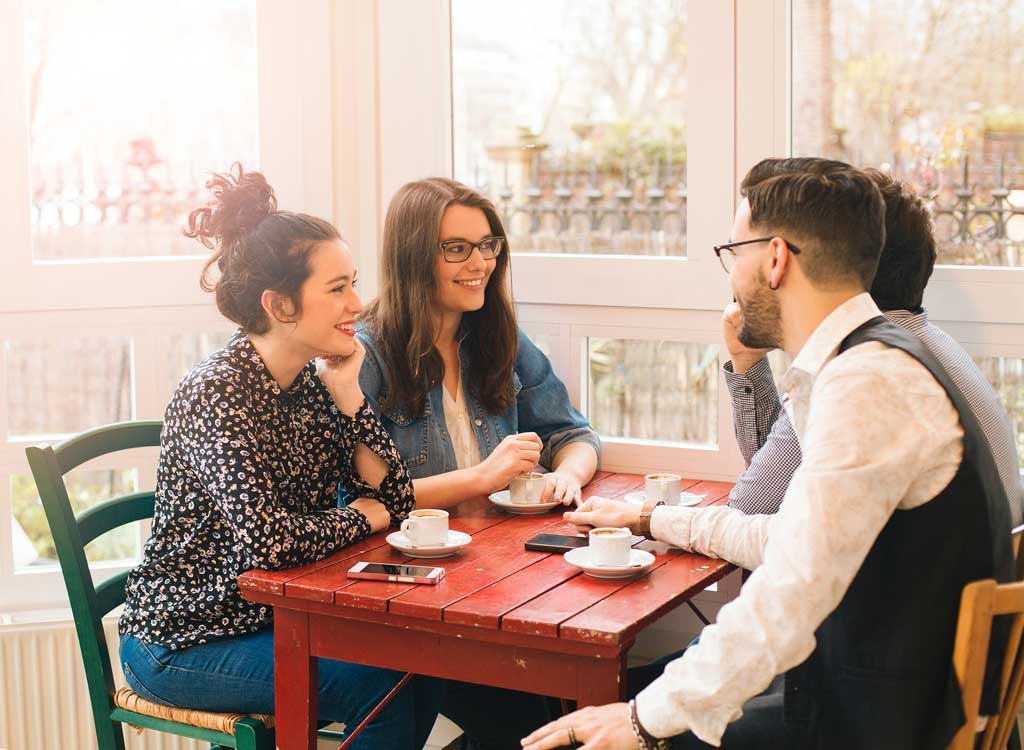 Wood can be pressure treated with chromated copper arsenate, and if that last word has you a little suspicious, it should. CCA contains arsenic, which a study in Toxicology and Applied Pharmacology has linked to skin and lung cancer in rats. As if that isn't scary enough, Columbia University researchers found that children in three Maine school districts who had been exposed to arsenic in their drinking water had lower IQs.

You might want to cut back on the antibacterial soap. We know germs are bad and all, but so is an increase in your body mass index (BMI). A study in PLOS One found that a detectable level of the triclosan found in liquid dishwashing detergents and hand soaps was associated with a 0.9-point BMI increase. But it's not all bad; we've got some (slightly) good news for you. Not enough research has been done on humans to label this chemical a carcinogen.

It seems ironic that liquids and sheets used to soften fabric could irritate your skin, but that's exactly what happens with too much exposure to quaternary chemicals. A study in Food and Chemical Toxicology found that this had an effect on both skin and eyes — a double dose of irritation.6254a4d1642c605c54bf1cab17d50f1e 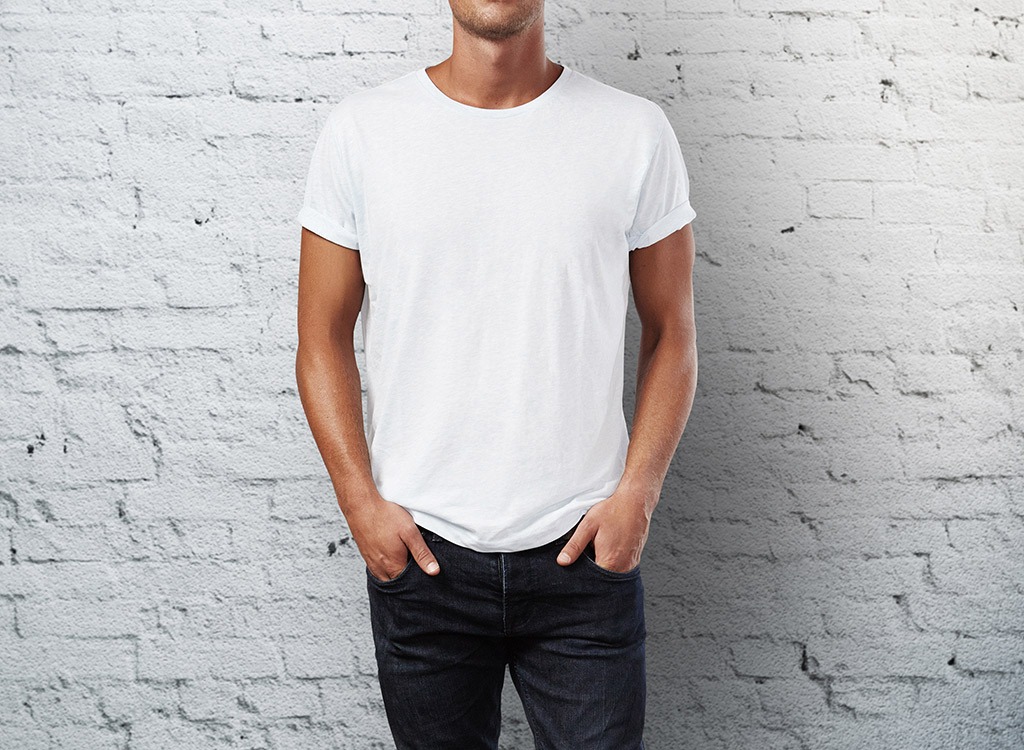 The riskiest thing you did today may have been scrubbing your toilet or whitening a load of laundry. That's right, the chlorine found in these cleaning products has been linked to thyroid regulation issues — not only in rats, but also in monkeys, our closest animal relations — according to a study in the Journal of Toxicology and Environmental Health.

Depending on how exactly it's getting into your system, the sodium hydroxide in oven cleaners and drain openers can cause corrosive burns, respiratory issues, or a sore throat, among other things. Heavy exposure to this usually means a trip to the doctor and symptoms need to be monitored very carefully. The chemical can cause damage up until a month after contact and is even fatal in extreme cases.

Put the bug spray down and back away from the weed killer. You may hate roaches and messy gardens, but these methods shouldn't be your go-to fix. According to a study in Neurotoxicology and Teratology, there's a connection between the glyphosate in these herbicides and Parkinson's Disease. Not only that, but Pediatrics linked insecticide exposure to childhood cancer. Now that's scarier than a cockroach.

While the HCFCs in your air conditioning unit are horrible for the ozone layer, they're not doing your body any favors either. Exposure to refrigerants like these can irritate your breathing and your skin. But if you can't bear to be AC-less this summer, at least stay away from these 6 Foods That Are Destroying Your Skin.