Is Your Diet Making You Depressed?

Don't let your diet get you down. Trashing these kitchen staples may be the key to lifting your mood.

The odds are good that if you're suffering from depression, you've sought help from a variety of resources. Whether you've talked to a therapist, taken a prescription, visited friends, gone for a morning jog, attended a church service, or all of the above, you haven't exhausted all of your options. It's possible you've been overlooking a component of treating mood disorders that could make all the difference — your diet.

While the contents of your kitchen may not be the only factor at play in your depression, it could be an important part of the equation. Mental health is extremely complicated and involves much than just what you eat. That being said, food can have an impact. So if you fall under any of the habits described below, it couldn't hurt to make these tweaks your diet in the hopes of some relief.

And for foods that can affect your functioning in other ways, don't forget to check out these 27 Foods That Kill Your Sex Drive.

You Drink A Lot Of Alcohol 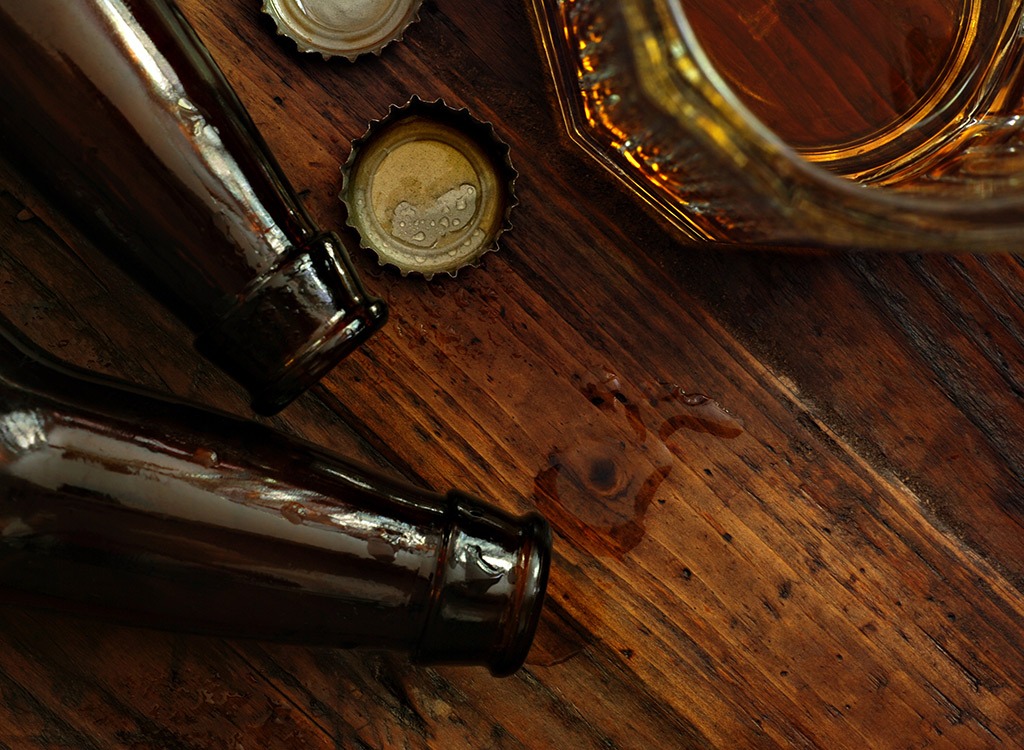 There's nothing wrong with indulging in a glass of wine every now and again; moderately drinking 2-7 glasses a week can actually alleviate depression, according to a study in BMC Medicine. Key word being "moderately" because heavy drinking can have the opposite effect, thanks to alcohol's suppression of excitatory neurotransmitters in your brain and increase of inhibitory ones. Professor Paul Wallace, chief medical advisor to Drinkaware, told HuffPost UK, "Alcohol is a depressant which works in the same way as a sedative, making your brain processes slow down."

Because of this, drinking heavily is often linked to depression. A study in the journal Addiction found that people with alcohol use disorders or depression were twice as likely to develop the other condition, with alcohol more likely to cause major depression than the other way around. And in college drinkers specifically, higher total drinking has been associated with more severe depression, according to a study in Mental Health Nursing. If that isn't enough to convince you to toss the sauce, alcohol is also one of the 20 Foods That Age You 20 Years.

Fast Food Is Your Fave

Don't make the drive-thru your go-to. According to a study in Public Health Nutrition, people eating fast food are 51 percent more likely to develop depression than those who aren't. So skip out on the burgers and fries if you can help it and make room for fruits, vegetables, nuts, fish, and whole grains. Andrea Vazzana, Ph.D., psychiatrist at NYU Langone's Child Study Center, says, "These individuals are more likely to endorse positive emotions than those who eat a typical Western diet characterized by red meat, processed meats, sweets, and fast foods." This mood improvement may have more to do with the weight loss that can backpack a diet change like this, but it sounds like a win to us either way. 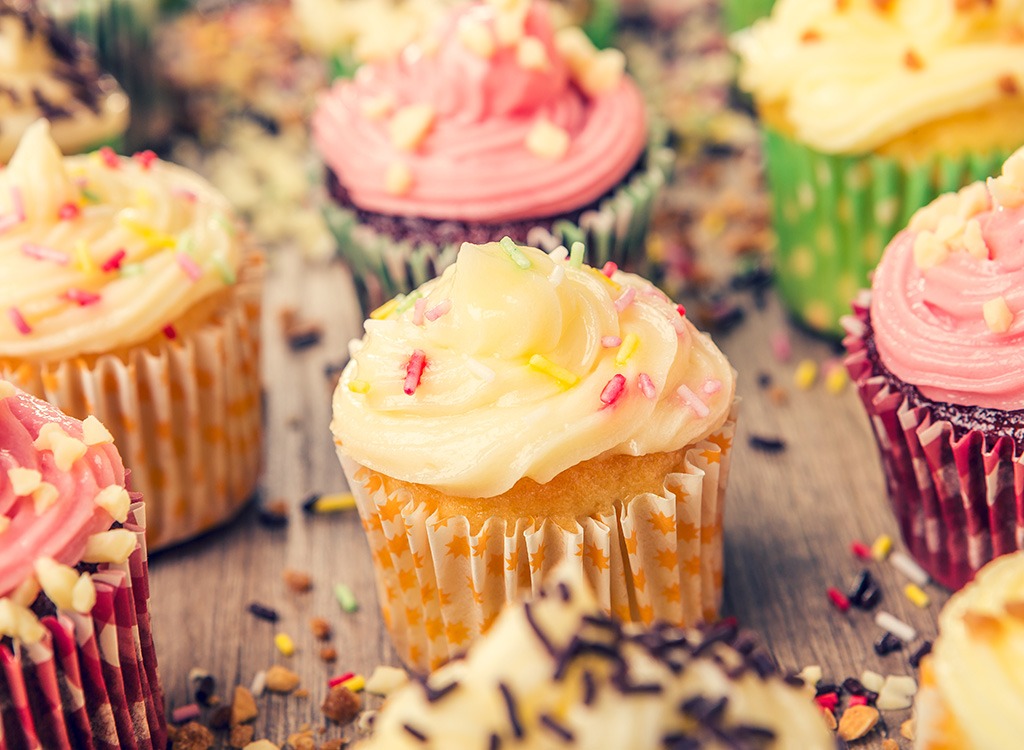 Turns out giving in to your sweet tooth means putting more than just your teeth and your waistline at risk — it can negatively impact your mental health, too. Since sugar is so quickly absorbed into the bloodstream, causing a rise of energy before a crash, chowing down on candy and ice cream can lead to lower energy levels and moods. According to Vazzana, the immediate pleasure found in sweet treats gives way to negative feelings in the long run. "Some studies have suggested that eliminating it from the diet of anxious and depressed individuals has the potential to improve long-term mood," she says. Worth a shot, right?

Your Food Comes From Cans

As convenient as canned foods are when it comes to whipping up dinner on a weeknight, it's about time you cut them from your grocery list. The chemical Bisphenol-A (BPA) is used in the coating and especially prominent in canned soups and pastas, according to research done by the Stanford University School of Medicine. Its hormone-disrupting qualities aside, BPA has also been linked to depression. A study by the Yale School of Medicine and Guelph University found that even low doses of the stuff could slow down brain synapses and cause mood disorders in monkeys. Similar results have been found in humans as well. Boys ages 10-12 who had been exposed to BPA prenatally had more depression symptoms than those who hadn't, according to a study in Environmental Research. The chemical also runs rampant in plastics, so steer clear of those, too.

You Eat The Wrong Kind of Of Fat

It's time you start paying extra attention to nutrition labels when you're shopping because the wrong types of fat, such as trans fats or saturated fat, could have an impact on your mood. Pay extra attention to your ingredient lists since trans fat can sneak its way into your food through partially hydrogenated oils. A study in PLOS ONE found that consumption of trans fat can increase depression risk as much as 48 percent. And according to Vazanna, "Other studies linked the consumption of foods high in saturated fat and sodium to negative moods two days later." These numbers can get wildly out of hand when ordering from restaurants or fast food chains, so tread carefully when eating out.

You Swap Sugar For Sweeteners

Just because you're shunning sugar doesn't mean you should welcome artificial sweeteners into your diet with open arms. The sweeteners found in diet soda specifically can block serotonin production, a neurotransmitter linked to depression when found in low levels. In fact, a study by the National Institutes of Health found that people drinking four or more cans of sweetened drinks were more likely to be diagnosed later with clinical depression. They're associated with weight gain as well, so let them go if you haven't already and instead use honey, one of the 16 Instant-Happiness Foods. 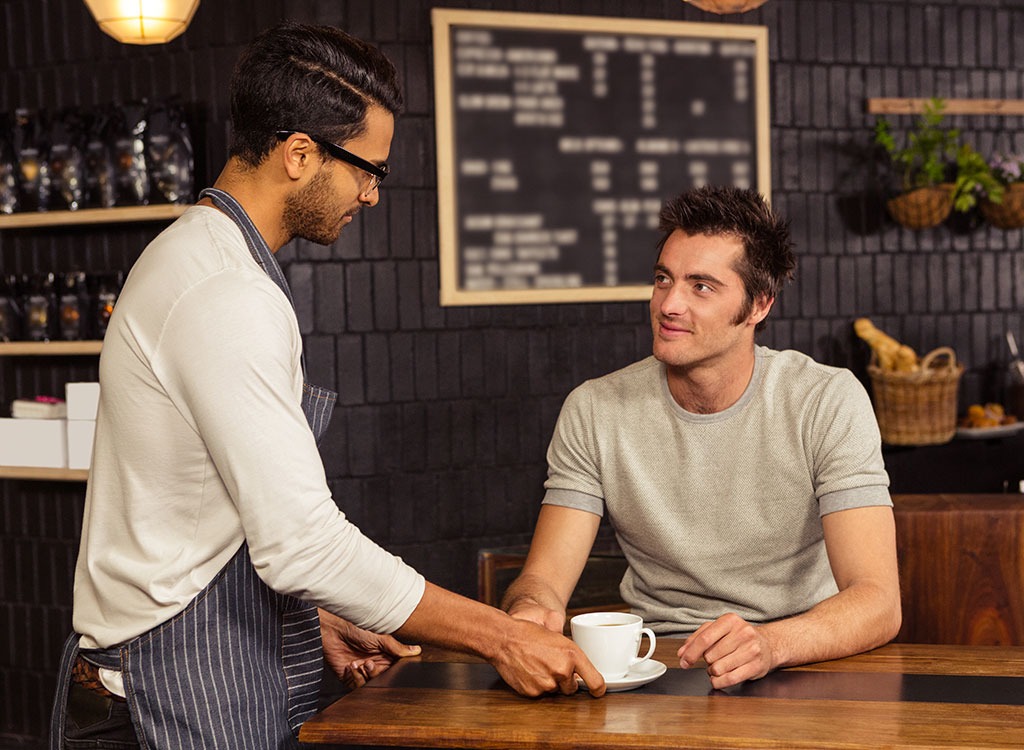 We get it. The weeks are long and sometimes you've got to do what you've got to do to stay energized, but maybe pounding multiple cups of coffee isn't the best way to get your morning going. According to Vazanna, cutting caffeine has the same potential to improve your mood long-term as cutting sugar. "At least one causal study had similar findings after eliminating caffeine from a subset of depressed individuals' diets, with results maintained over a three-month follow-up period," she says. That being said, a study by the Institute of Health says the opposite, associating regular coffee consumption with a 10 percent lower chance of depression. Try limiting your intake and see how you stack up against these results. 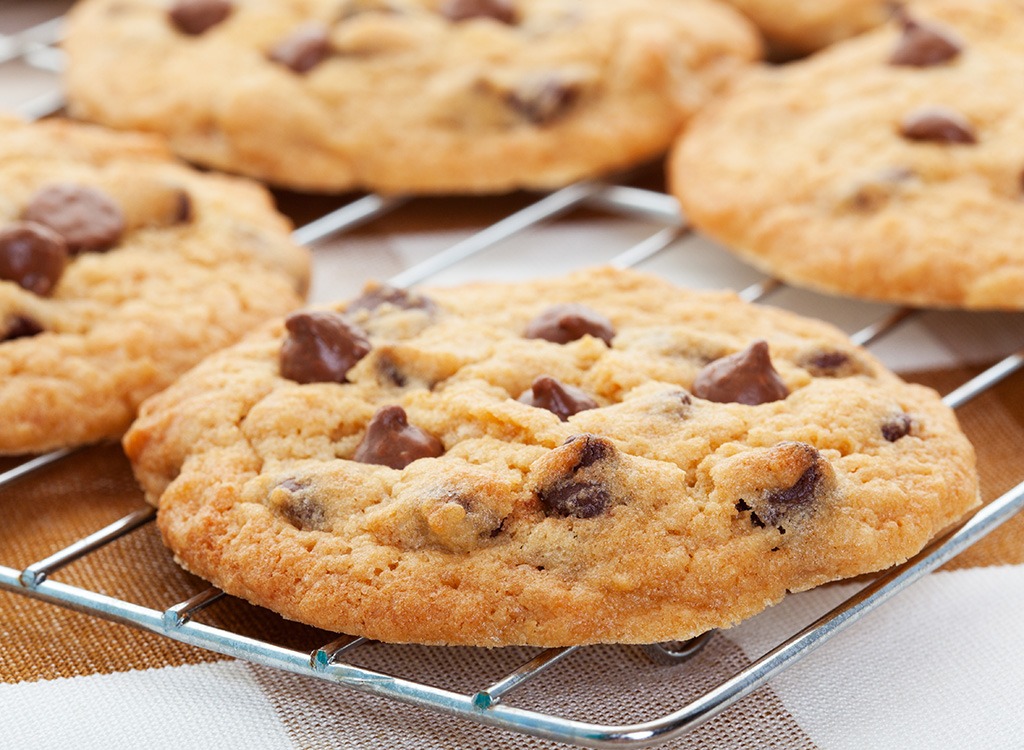 Dealing with depression usually means fighting off fatigue. "It often causes a total lack of energy that doctors call 'anergia,'" Steven Geisler, MD, assistant professor of psychiatry at Hofstra North Shore – LIJ School of Medicine, told Everyday Health. "This lack of energy can lead to mental, emotional, and physical fatigue that's difficult to treat." If that's something you're struggling with, the last thing you want to do is let your poor food choices drive your energy levels down even further. Simple carbs found in white bread and cookies, for instance, can cause a spike in blood sugar followed by a crash. Switch over to whole-grain options for a steadier energy flow.

Take heart, it's not all bad news. Walking away from all these no-nos might sound hard, but it doesn't have to be when there are better options to add to your grocery list. Pencil in some Swiss chard, spinach, soybeans, and halibut for a daily dose of magnesium-rich foods. According to a study in the Australian and New Zealand Journal of Psychiatry, a higher level of this nutrient is associated with lower depression scores.

And while you're in the veggie aisle loading up on spinach, don't forget about edamame and asparagus. These are full of folate, which is thought to fight depression since 50 percent of people suffering from the mood disorder also suffer from low folate levels, according to a study in the Journal of Psychiatry and Neuroscience. With options like that, along with the 11 Foods That End Bad Moods, you'll be taking steps toward a healthier body and a healthier mind in no time.