We miss Altoids Sours so much.

For as many candy bars as there are on store shelves today, there are countless others that didn't make the cut. And while some of these discontinued candies weren't as popular as, say, a Hershey bar, that doesn't mean we don't miss them to this day.

Take a walk down memory lane with these sweet treats that are no longer on store shelves. Just don't blame us if you start craving them!

You might recall Pixy Stix from your younger years. They were papery tubes that were filled with flavored sugar. Originally supposed to be a drink mix, the manufacturer realized kids just wanted to drink the sugary substance straight up. Pixy Stix are still around, but their cousin the Giant Pixy Stix, which could be up to two feet long, are thankfully no more.

This version of the Milky Way was created to meet the FDA's regulations to have a "lite" label in 1996, according to the L.A. Times. And it did very well, according to Mashable, becoming one of the best-selling candy bars in its first year. But as consumer interests changed in the late 90s/early 200s, its popularity waned and it was discontinued. 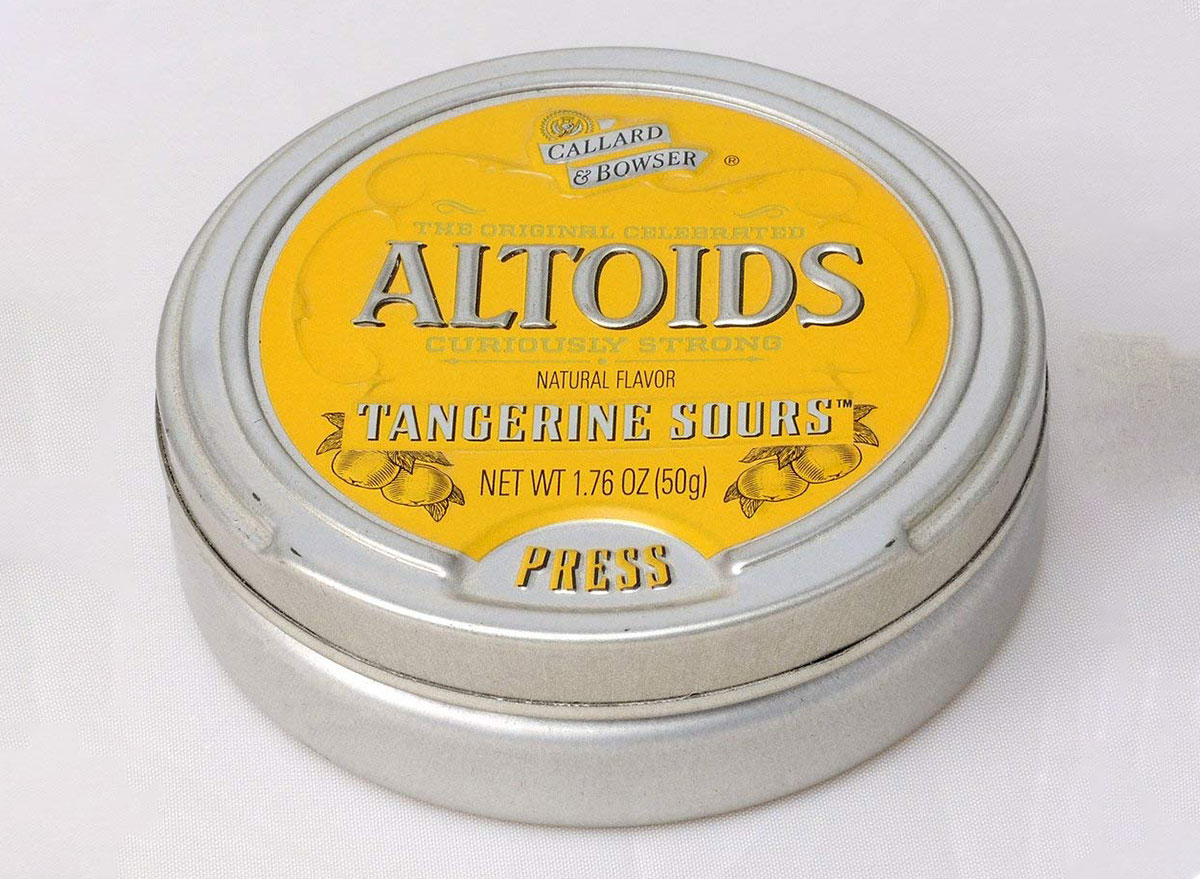 You can still pop an Altoid for fresh, minty breath. But once upon a time, Altoids also made sour candy, too. We loved the tangerine flavor in particular.

Chocolate that was shaped like Pringles? For a brief time in the early 2000s, that was a reality. But Hershey's discontinued these candies in favor of more traditional chocolate shapes.

Part of the fun of eating Starburst is having the chewy candy stick to your teeth. But at one point, there were Starburst hard candies, too. If you're feeling nostalgic for the sugary treats, there's always Jolly Ranchers.

And for more nostalgia, check out these 15 Discontinued Chip Flavors We Want Back.

Not even advertising that featured The Simpsons characters could save these bite-sized candies. Yes, there are still Butterfinger candy bars, but that's not nearly as fun.

Named for legendary baseball player Reggie Jackson, this peanut and chocolate candy bar saw its heyday in the late '70s, along with a brief comeback in the '90s. But you won't find it on store shelves today.

It's not just groceries that are disappearing! Take a step back in time with these 19 Discontinued Fast-Food Items You'll Never See Again. 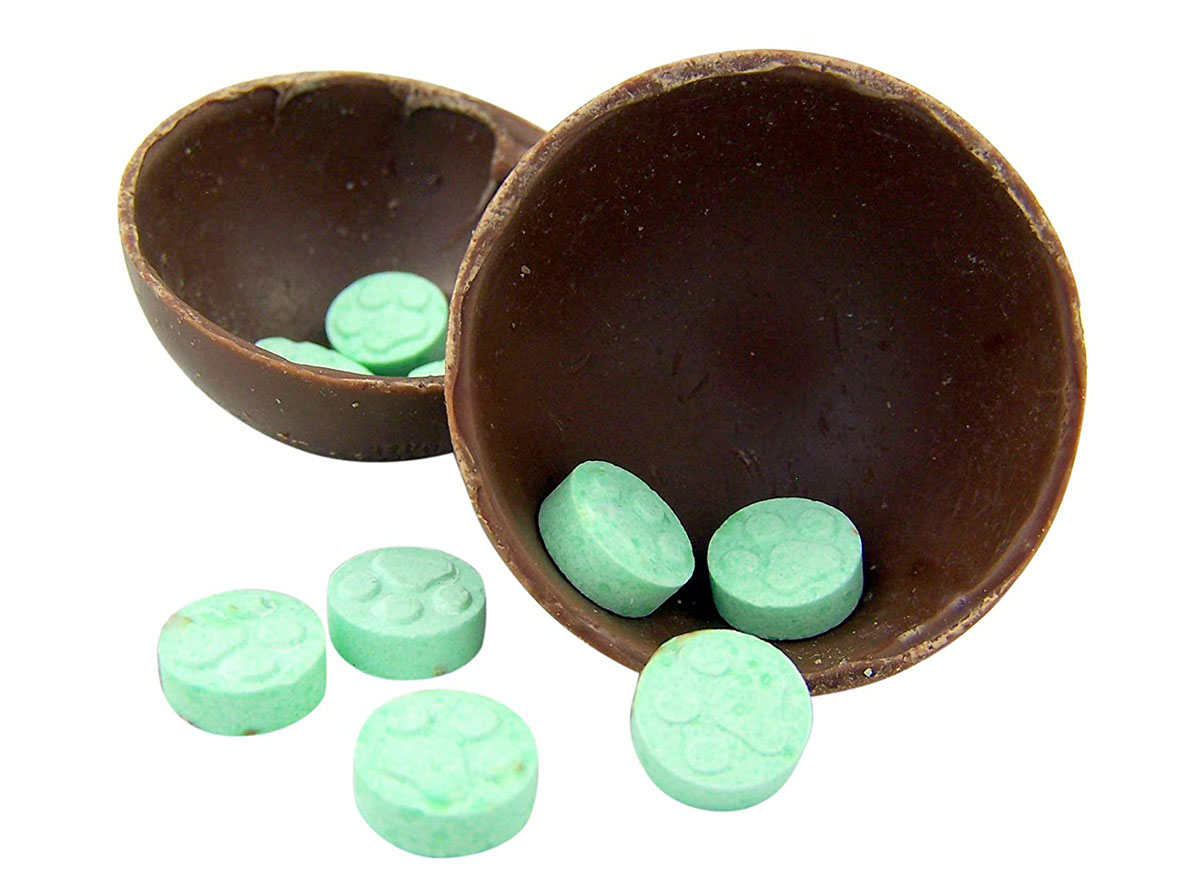 2000s kids will remember the jingle: "What's in a Wonder Ball?" Unfortunately, these days, the answer is "nothing," because you won't find Wonder Balls on store shelves.

The caramel and chocolate in this candy bar were so chewy that its tagline was "it lasts a good long time!" Unfortunately, that didn't apply to how long the now-discontinued candy would last in stores.

For those days when you couldn't get to a campfire, there was always the Hershey's S'mores Bar. At least, there was until it was discontinued in the early 2000s.

These were a more fun version of Fruit by the Foot or Fruit Roll-Ups. As the name suggests, they came in one long, stringy piece.

If donut holes are what happens to the inner dough from donuts, Life Savers holes were the little piece of hard candy that came from making the Life Savers rings. Sadly, this was a novelty that didn't last.

There are still plenty of Tic Tac flavors on the market, including the beloved orange flavor. But you'd be hard-pressed to find cinnamon Tic Tacs on store shelves.

If these taste like your childhood, you may have had some gastrointestinal issues when you were growing up. Sugar-free Haribo gummy bears were discontinued because they had laxative effects. 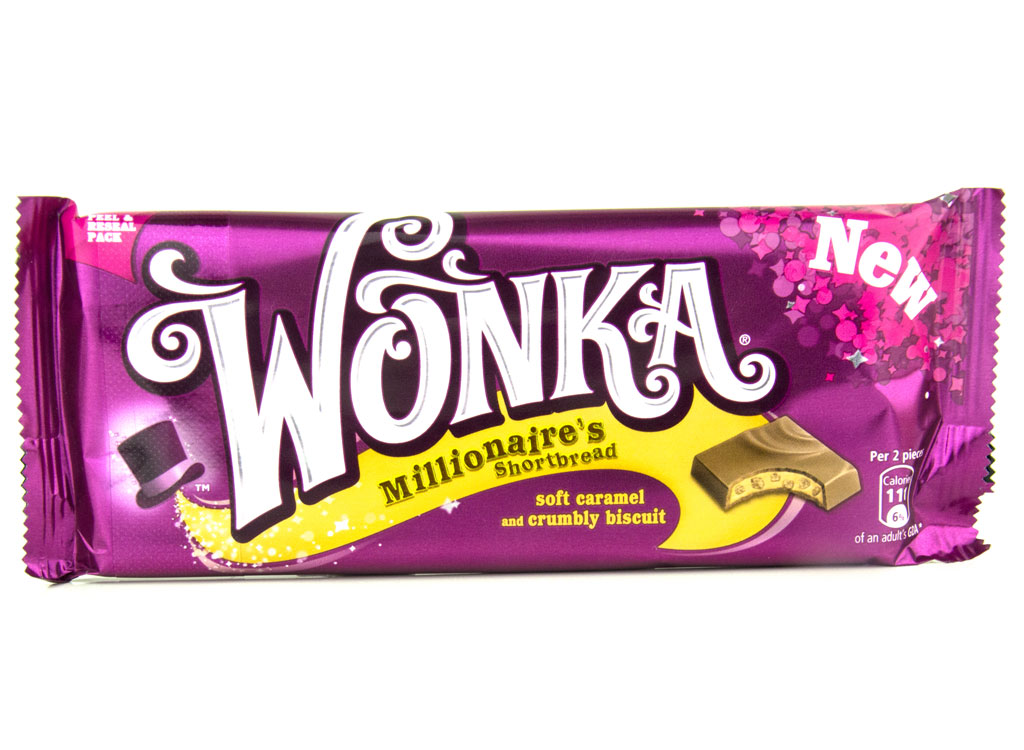 Most Wonka candies, like SweeTarts and Bottle Caps, are still on shelves. But when Nestlé bought The Willy Wonka Candy Company in 2015, a few products, like Wonka bars, disappeared entirely. The rest of the Wonka candies are now sold by the Ferrara Candy Company, but Wonka bars (and their connection to Charlie and the Chocolate Factory author Roald Dahl) live on in our hearts.

A previous version of this article was originally published on September 2, 2020.

Eat This, Not That!
Inspired by The New York Times best-selling book series, Eat This, Not That! is a brand that's comprised of an award-winning team of journalists and board-certified experts, doctors, nutritionists, chefs, personal trainers, and dietitians who work together to bring you accurate, timely, informative, and actionable content on food, nutrition, dieting, weight loss, health, wellness, and more. Read more about Eat This
Filed Under
Candy // Groceries // Snacks