Is the patty pink slime or real beef? Is the bun loaded with more than just belly-ballooning empty carbs?

Whether you're ordering from McDonald's or Burger King, fast food hamburgers have a distinct, addicting quality. For decades, many people have wondered what goes on behind the curtains of these patty-prepping assembly lines. What do they put into burgers that makes them so juicy and irresistibly good?

While most fast food chains state that they use 100 percent beef, there are many more components to the burger than meets the eye. From the way the meat is treated to the ingredients in the sauce, toppings, and bread, there's so much more lurking in your bun than you imagined. Read on to find out what exactly goes into your fast food hamburgers. Then, scroll through the 40 Most Iconic Fast Food Meals of All Time.

Although fast-food critics would love to think burgers are made of "pink slime" rather than beef, McDonald's has clarified that the use of lean beef trimmings was discontinued in 2011, CNet reports.

"McDonald's USA serves only 100 percent USDA-inspected beef—no preservatives, no fillers, no extenders—period," the website stated. "Prior to 2011, to assist with supply, McDonald's USA, like many other food retailers, used this safe product [lean beef trimmings] but it is no longer part of our supply."

While the Big Mac's official ingredient list mirrors this statement, a reporter with Good Morning America was invited to a McDonald's food plant in California to see for himself. The footage reveals white-robed factory workers confirming that the fast-food giant uses a mixture of both lean and fatty beef trim from cuts such as chuck, round, and sirloin.

While the Golden Arches discloses that beef is the only ingredient in their patty, they stray away from mentioning how their cattle are raised. A 2017 report by several public interest organizations, Chain Reaction III, reveals that although McDonald's announced a goal to curb the use of medically-important antibiotics in their beef supply, the company's "Vision on Antibiotic Stewardship" ultimately never established a deadline.

Other popular burger chains guilty of using medically-important antibiotics in their 100 percent beef patties include Burger King and Jack in the Box, which both failed to set time-bound commitments to ceasing use of the meds.

Why is it so important for fast food companies to cut antibiotics out of their meat? The Chain Reaction III report explains that rampant usage of antibiotics in our food supply can result in the development of antibiotic-resistant bacteria coupled with the "declining ability of antibiotics to cure diseases they once easily vanquished." The Centers for Disease Control and Prevention states that at least 23,000 Americans die each year from antibiotic-resistant infections—and the toll is likely to rise.

Potassium Sorbate and Other Food Additives

Most fast food chains are transparent about their meat's production process, but the other ingredients that go into their beef patties? It gets murky. For example, Jack in the Box states that it uses 100 percent beef in its burgers, but a comprehensive Ingredient & Allergen Statement lists a slew of other ingredients found in the patty including saturated-fat-filled hydrogenated cottonseed oil, natural flavors, corn fiber, corn starch, and sugar.

A&W also boasts that its burgers are made of 100 percent beef, but a closer look at the ingredient list reveals that the chain adds some sketchy additives as seasoning—allowing them to make good on their claim that the burger is, in fact, only ground beef. The seasoning includes ingredients such as appetite-spiking MSG derivatives, disodium inosinate and disodium guanylate, sugar, cornstarch, and silicon dioxide (an anti-caking agent).

But the additives don't stop at the burgers. Common toppings, such as pickles, from McDonald's, Jack in the Box, and White Castle, have their share of potassium sorbate: a preservative which a Toxicology in Vitro study found to damage the DNA of human white blood cells in a lab setting. 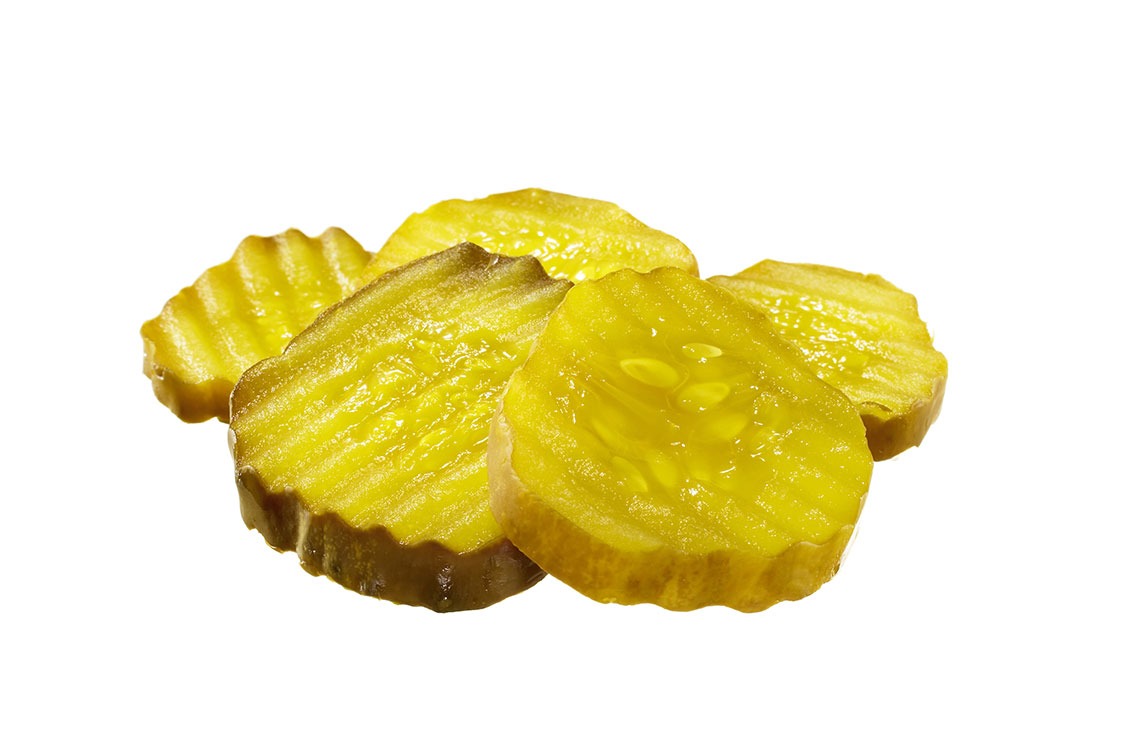 Seemingly-innocent pickles pack in a lot more than just vinegar-soaked cucumbers. Potentially allergy-inducing dyes such as Yellow #5 are present in Jack in the Box, White Castle, and Burger King's pickles.

Even the tomatoes aren't just pure fruit: Whataburger coats its ruby-hued slices with a far-from-appetizing vegetable-, petroleum-, beeswax-, and/or shellac-based wax or resin. Yes, shellac. You know the top coating that makes your mani shine?

Fast food burgers aren't the unhealthiest meals on the planet. It's fine to enjoy a drive-thru bun once in a while, but it's when you make those trips more frequently and tack on other toppings that the meal itself becomes unhealthy. Fast food chains, such as Wendy's and McDonald's, have vowed to reduce their use of antibiotics on meat, but until government agencies enforce regulations against the injudicious use of antibiotics on meat, consider making your own hamburger at home with organic, grass-fed beef. And if you're craving a bite of a Big Mac without too much guilt, you can always omit the special sauce and pair the burger with a side salad to add more satiating fiber to your meal.