If You're Depressed Now, It Can Wreak Havoc on Your Brain Later, New Study Says

Your mood in your 20s and 30s seems to predict dementia in old age, researchers found. Here's why.

Here's an understatement: Life is better when we're happy. A positive outlook can improve even the dreariest of days. Of course, the ability to keep smiling in the face of adversity and everyday mundanity isn't always easy. Everyone grapples with the occasional bad mood or full-blown bout of depression to varying degrees. But, did you know that depression is also linked to an increased risk of dementia?

For instance, one study published in Archives of General Psychiatry concludes depression in old age is associated with a 70% higher risk of dementia. What about depression earlier in life, though? Do feelings of discontentment during early adulthood also elevate a person's risk of Alzheimer's and other forms of dementia decades down the line?

That was the question a fascinating new study conducted at the University of California, San Francisco set out to answer, and the ensuing results were compelling. While it goes without saying that depression is a complex condition that requires personalized attention, treatment, and understanding, this study's findings are sure to motivate all of us to try and find the sunny side of life.

Read on to learn more, and next, don't miss the 3 Major Secrets to Living to 99, According to Betty White.

Depression and dementia have a long-term relationship

Study authors report that depression in early adulthood, independent of depression during other life stages, appears to have a detrimental effect on cognition and thinking skills for the remainder of a person's life.

Among a collection of roughly 6,000 older adults, researchers discovered that those who reported wrestling with depression during early adulthood were 73% more likely to experience cognitive impairment in old age. Similarly, elderly adults who dealt with depression in middle to late adulthood were also 43% more likely to report cognitive impairment in old age.

All in all, the research team concludes that depression in early adulthood appears to predict dementia onset decades later. Meanwhile, maintaining a certain degree of positivity during your 20s and 30s seems to hold a protective effect against late-life cognitive decline.

Related: Sign up for our newsletter for the latest Mind + Body news!

What the research found

A series of complex statistical methods were employed to predict the "average trajectories of depressive symptoms" among about 15,000 people of various ages. That large group was divided into three cohorts according to life stage: young adulthood, midlife, and old age.

Researchers were also sure to account for various other potentially influential depressive factors such as depressive symptoms during other life stages, age, gender, BMI, educational level, race, and smoking status.

Regarding the 6,000 older adults who participated in this research, their average age was 72 at the beginning of the study. From that point, each person was checked up on annually or semi-annually for up to 11 years.

All 15,000 study subjects were screened for depression via a 10-question survey. Moderate-to-high depression symptoms were recorded among 13% of included young adults, 26% of middle-aged adults, and 34% of older adults. Ultimately, 1,277 individuals were diagnosed with at least some form of cognitive impairment.

Related: How Dancing Can Help With Depression, Study Says

So why does depression today promote dementia tomorrow? There are no certainties just yet, but study authors theorize that all of the extra stress hormones that come along with depression actually damage the brain's ability to form new memories.

"Several mechanisms explain how depression might increase dementia risk," says first study author Willa Brenowitz, Ph.D., MPH, of the UCSF Department of Psychiatry and Behavioral Sciences and the Weill Institute for Neurosciences. "Among them is that hyperactivity of the central stress response system increases production of the stress hormones glucocorticoids, leading to damage of the hippocampus, the part of the brain essential for forming, organizing and storing new memories."6254a4d1642c605c54bf1cab17d50f1e

Positivity isn't easy, but it's worth it 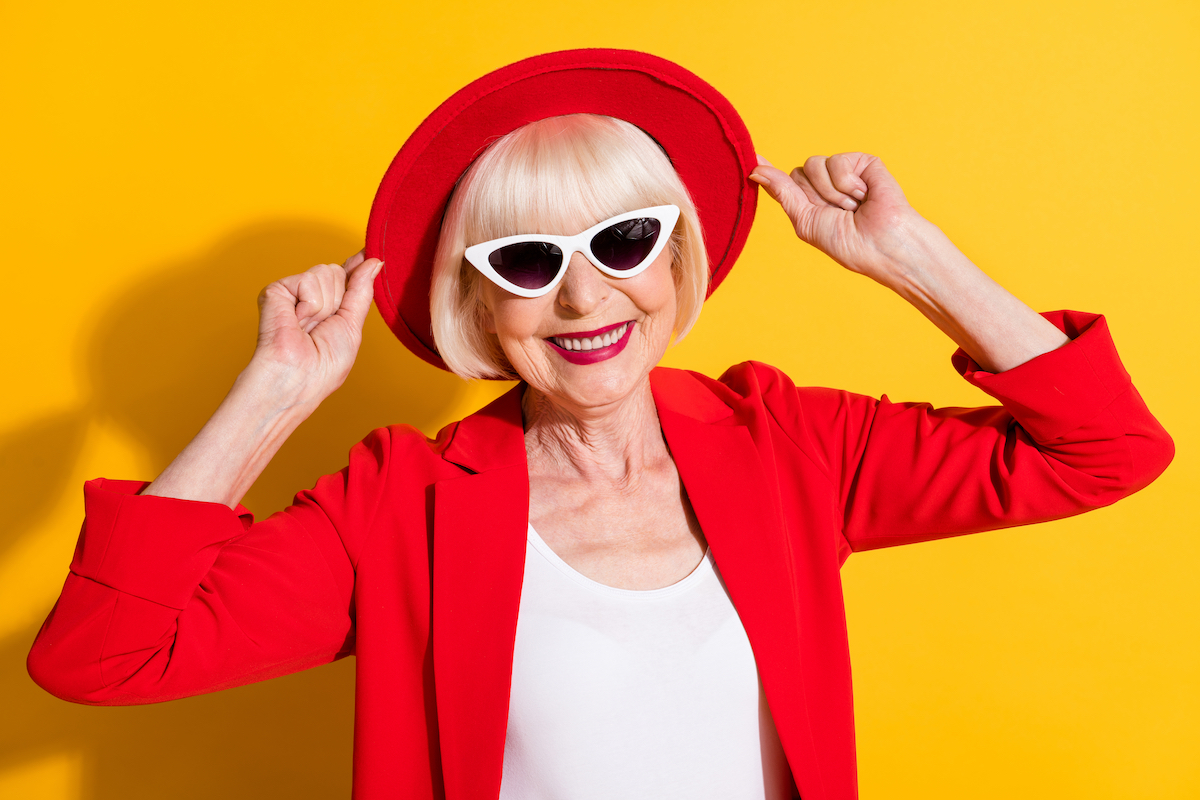 "Generally, we found that the greater the depressive symptoms, the lower the cognition and the faster the rates of decline," Dr. Brenowitz explains. "Older adults estimated to have moderate or high depressive symptoms in early adulthood were found to experience a drop in cognition over 10 years."

More research is definitely warranted in order to refine and validate these findings, but the research team believes the strong connection between depression and dementia should be acknowledged and talked about far more often by doctors, caregivers, and therapists alike.

"Future work will be needed to confirm these findings, but in the meantime, we should screen and treat depression for many reasons," concludes senior study author Kristine Yaffe, MD, of the UCSF departments of Psychiatry and Behavioral Sciences, and Epidemiology and Biostatistics.

For more, check out One Major Effect Exercise Has on Your Happiness.