By now, you've heard that eating less meat is healthier for you, your family, and the planet. Meanwhile, the last year's lockdown probably saw you ordering more takeout and delivery than ever. Unfortunately, these two trends conflict in a way you might want to know about. With pizza as the most-ordered food this past year, advocates are calling out America's biggest pizza brand for inhumane treatment of the animals that become our food.

Late Friday, animal advocacy group The Humane League contacted Eat This, Not That! editors with a report that may warrant awareness. In the report, entitled "The Price of a Slice," the organization states that 200 food companies have willingly committed to a new chicken welfare policy that eliminates the cruelest factory farming practices from their supply chains. Those companies that have committed to good for chickens include well known brands like Chipotle, Burger King, Popeyes, Papa John's, Starbucks, Subway, Denny's, and more.

While a lot of fast food brands, family restaurants, and manufacturers like General Mills and Kraft Heinz appear on the list of companies that have committed to kinder chicken welfare, the number of pizza chains leaves plenty to be desired. The Humane League says big pizza brands have failed to commit to the same animal welfare supply chain practices. The list of these chains includes Domino's—which is the top-selling pizza in America—along with Pizza Hut, Little Caesar's, Sbarro, Marco's Pizza, and many more.

Shown is the Humane League's list of pizza chains they're calling on for better animal welfare practices: 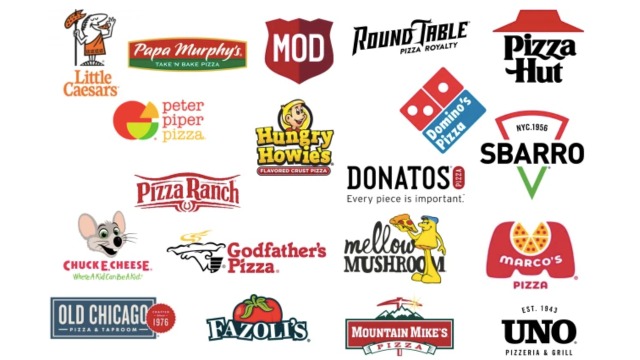 The Humane League says these pizza chains allow inhumane practices in the treatment of chickens in particular. Here's what they detail:

Crowded by the tens of thousands into sheds with no room to move around. Standing in their own waste because their sheds are almost never cleaned during their lifetime. Bred to grow so heavy, at such a rapid rate, that many can't even stand up. Killed using a brutal system called "live-shackle slaughter," leaving half a million chickens boiled alive each year.

These pizza restaurants allow this to go on every day. They have refused to ban these practices from their supply chains, and they have never released a public statement about their standards for chicken welfare.

We all know that making the healthier, more conscious transition to eating less meat products takes sacrifice, intention, and commitment. But the insights we gain from reports like this might better inform where we want to order from next time the house has a craving for barbecue chicken pizza, wings, or chicken tenders. Catch up on the big popcorn brand that's been recalled in 16 states, and keep reading:

Krissy Gasbarre
Krissy is a senior news editor at Eat This, Not That!, managing morning and weekend news related to nutrition, wellness, restaurants and groceries (with a focus on beverages), and more. Read more
Filed Under
food safety // Pizza // Restaurant Chains // Restaurants