The winner also is a popular one across the country.

Not so, however, if you're in the chain's home state. According to a new study from TOP Agency, a digital marketing firm, Popeyes is only the second most popular place to pick up a chicken sandwich or nuggets in its own home state. First place, believe it or not, goes to Raising Cane's –– a significantly smaller, Baton Rouge-based chain, specializing in chicken fingers.

RELATED: Popeyes Is Bringing Back This Popular Free Sandwich Promotion for the Summer

Looking at the seven largest chicken chains in the US, the TOP Agency used GPS tracking data to measure foot traffic at each. Raising Cane's performed well in the study, not only beating Popeyes in Louisiana, but claiming first place in seven other states, and second and third place in a handful of others. This chain also scored the highest in sales increases, with customer spending up 4.7% compared to pre-pandemic levels. 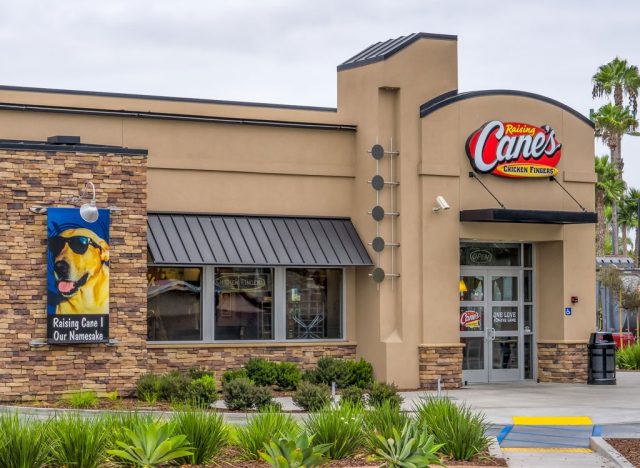 While Popeyes did manage to take second place in ten states, the Louisiana Kitchen claimed just one first-place ranking (in Washington). Meanwhile, competitors Chick-fil-A and KFC swept the board, taking first place in 22 and 12 states, respectively. 6254a4d1642c605c54bf1cab17d50f1e

In terms of footprint, Raising Cane's is currently punching well above its weight. In 2021, the chain was about a fifth of the size of Popeyes but raked in over $2.3 billion in annual sales –– about half of what Popeyes earned.