The Single Worst Time of Day to Drink a Soda, According to a Dietitian

There's never a best time to drink a soda, but there's certainly a worst time.

Whether you're starting your day with a "Southern coffee" (i.e.: a Coke) or you're streaming Netflix late at night alongside a bottle of your favorite sugary, caffeinated beverage, there's never a good time of day to drink a soda. Whenever you indulge, you're going to instantly send sugar flooding into your bloodstream, your pancreas will need kick into high gear to push that sugar into your muscles to try and convert what it can into energy, and any excess sugar will likely get stored in the liver and turn into fat. (Oh, and you'll likely experience a gnarly sugar crash.) Drink too much, too often, and you're looking at some serious damage to your body. "The more regular soda cans per day we drink, the more likely we are to die from heart disease," integrative medicine physician Irina Todorov, MD, notes on behalf of the Cleveland Clinic.

According to at least one nutrition expert we spoke to, there is indeed a worst time of day to drink a soda—and it's right before you work out.

"You shouldn't drink soda before exercise," says Leslie Bonci, MPH, RDN, CSSD, LDN, a sports dietitian who works with the NFL's reigning Super Bowl champions, the Kansas City Chiefs. "The carbonation can slow 'gut emptying,' so you don't hydrate as efficiently. Drinking soda before exercise adversely affects hydration since it can take longer for fluid to make its way through the digestive tract to the exercising muscles."

In other words, drinking a soda before working out will likely cause bloating, gas, discomfort, and perhaps even nausea, which will hinder your sweat session. (Making matters worse, sodas are usually high in sodium, which can also accelerate dehydration.) Don't think that diet sodas will be any better. Many diet soda brands contain aspartame, an artificial sweetener with side effects that include dizziness, mood swings, and migraines. So, if you're fueling up for an at-home workout or heading out on a jog, you'd be wise not to "hydrate" by guzzling a Pepsi.

That said, if you're not necessarily looking to maximize your workouts, is there more generally another terrible time of day for you to be drinking soda? According to Bonci, it's in the early morning before eating breakfast—and for the same reasons it's bad to drink before a workout.

"In general, drinking a soda in the morning may mean you feel full before you have fulfilled your fluid requirements," she says. "Because soda can take longer to empty the stomach, you may feel full, and if that is the first beverage you drink when you wake up, then there's a chance you may find it harder to consume other liquids right away and hydrate properly, and in some cases, you may find yourself avoiding food."

As we've noted countless times at Eat This!, eating a big and nutritious breakfast is essential for good health and for helping you achieve your weight loss goals. While research has provided conflicting information about the link between breakfast and weight loss, a 2020 study published in the Endocrine Society's Journal of Clinical Endocrinology & Metabolism revealed that people who eat a big breakfast (and smaller dinner) may burn twice as many calories as those who eat a small breakfast and larger dinner. Researchers concluded that people who fill up at breakfast can not only reduce their overall body weight but also ward off metabolic diseases.

You should consider leaving plenty of room in your stomach in the morning for protein as well. "The one thing I notice in 90 percent of my clients who can't lose weight is that they are skipping heavy protein in the first meal of their day," says Anthony Coffey, owner and head trainer at Bloom Training. "Having a higher protein diet, especially starting the day high, leads not just to a higher thermal effect (burning more calories throughout the day), but better preservation of lean body mass, which further protects the metabolism, and aids in a more tone and defined look. It also lessens cravings, mood disturbance, irritability, stress, and fatigue levels throughout the entire day—all things leading to weight gain, or trouble losing weight."

If you're replacing your breakfast with a soda, it's time to stop. And for some more risks of drinking soda, read on, because we've laid out a few of them right here. And for some of the sodas you should definitely avoid, don't miss our list of the 108 Most Popular Sodas Ranked by How Toxic They Are.

According to a study published in The American Journal of Clinical Nutrition, consuming drinks that are filled with high-fructose corn syrup (i.e.: plenty of sodas) is linked to obesity. Fructose is absorbed in the body differently than other sugars, says the study, which will affect your insulin levels and ultimately throw a wrench into your metabolic machinery.

Your risk of diabetes goes up

A study published in the American Heart Association journal Circulation found that consuming sugar-sweetened beverages, like soda, was linked to the onset of type 2 diabetes.

Your body will age faster 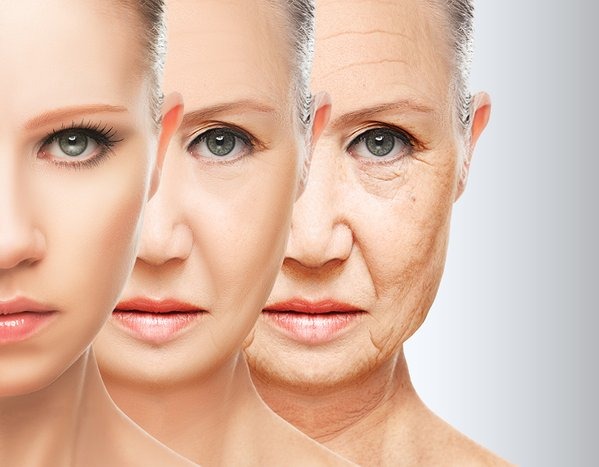 People who drink more sugar-sweetened beverages had shorter ends of their chromosomes, known as telomeres, according to a team of researchers from the University of California, San Francisco. When this happens, the scientists say, your cells can't regenerate as quickly, which results in a faster aging process.

Your kidneys will be affected

According to a study conducted by the Osaka University Graduate School of Medicine in Japan, soda has been linked to poor kidney function.

For more on the insidious effects of soda, don't miss the Dangerous Side Effects of Drinking Soda Every Day.