Bad news for city dwellers: Nighttime noise can impact your slumber without waking you up.

It's simply a fact that getting enough sleep is one of the cornerstones of a healthy life. If you're not getting enough Z's every night, the insidious side effects include everything from a weakened immune system to weight gain to a greater risk of heart disease, cancer, and even early death.

But even if you're doing all of the right things—you're exercising, you're eating a healthy diet, you're curbing your caffeine intake, you're using your bedroom for only the things you should use your bedroom for, and you're powering down your devices at the appropriate hour—a new report published by Healthy Hearing says that there's one thing that's potentially disrupting your sleep that you're not even fully aware of: Nighttime noises. What's particularly concerning is that the noise doesn't have to wake you up to harm your sleep.

The report references earlier research published by the World Health Organization that linked noise to not only one in 50 heart attacks in Europe but also our collective sleep on a massive scale. "Sleep disturbance accounts for more than half of the overall noise effect—and more if you ignore annoyance," Mathias Basner, MD, Ph.D, MSC, a professor of sleep and chronobiology at the University of Pennsylvania School of Medicine, remarked of the study to Scientific American. "Impact of noise on sleep disturbance is regarded as one of the most detrimental environmental effects of noise."

After all, even when you sleep, your ears are still functioning. Read on for more about how nighttime noise affects your ability to get quality Z's—and for what you need to do about it. And for more great sleep advice, see why This Easy Trick for "Falling Asleep in 5 Minutes" Is Going Viral.

Too Much Noise Affects All Stages of Sleep

Your body cycles through four stages of sleep every time you go to bed. Stages one and two are light sleep, while stage three is slow-wave, deep sleep, and stage four is REM sleep. According to Health Hearing, noise "lengthens" stage one sleep while shortening stages three and four. This isn't good.

"It also may trigger alarm signals in your body like the hormones adrenaline and cortisol," says the report. "Your heart rate and blood pressure may rise. This happens even though you don't wake up. In effect, your body is guarding you while you rest." For some great ways to turn your sleep around, check out these 20 Ways to Double Your Sleep Quality Starting Tonight.

Here's How Noisy the Noise Needs to Be

According to a study published in the Annals of Internal Medicine, noises as low as 40 decibels, which were produced by hospital equipment, were able to significantly affect the brain activity of sleeping adults during the lighter stages of sleep. For perspective, know that 40 decibels is roughly the sound of a bird call, according to scientists at Purdue University.

In the study, the researchers pumped rooms with 10-second clips of noise: "talking, ringing, flushing, beeping; door-swinging, overhead-paging, machine-dispensing, laundry-cart-rattling; an emergency helicopter whirring above, city traffic flowing below," described Scientific American. "On the EEG recordings, brain waves appeared, as predicted, to gently meander along as the volunteers fell asleep, and then to spike in jagged, wake-like patterns of neural activity, when each of these single clips played."

Should You Try a Noise Machine? 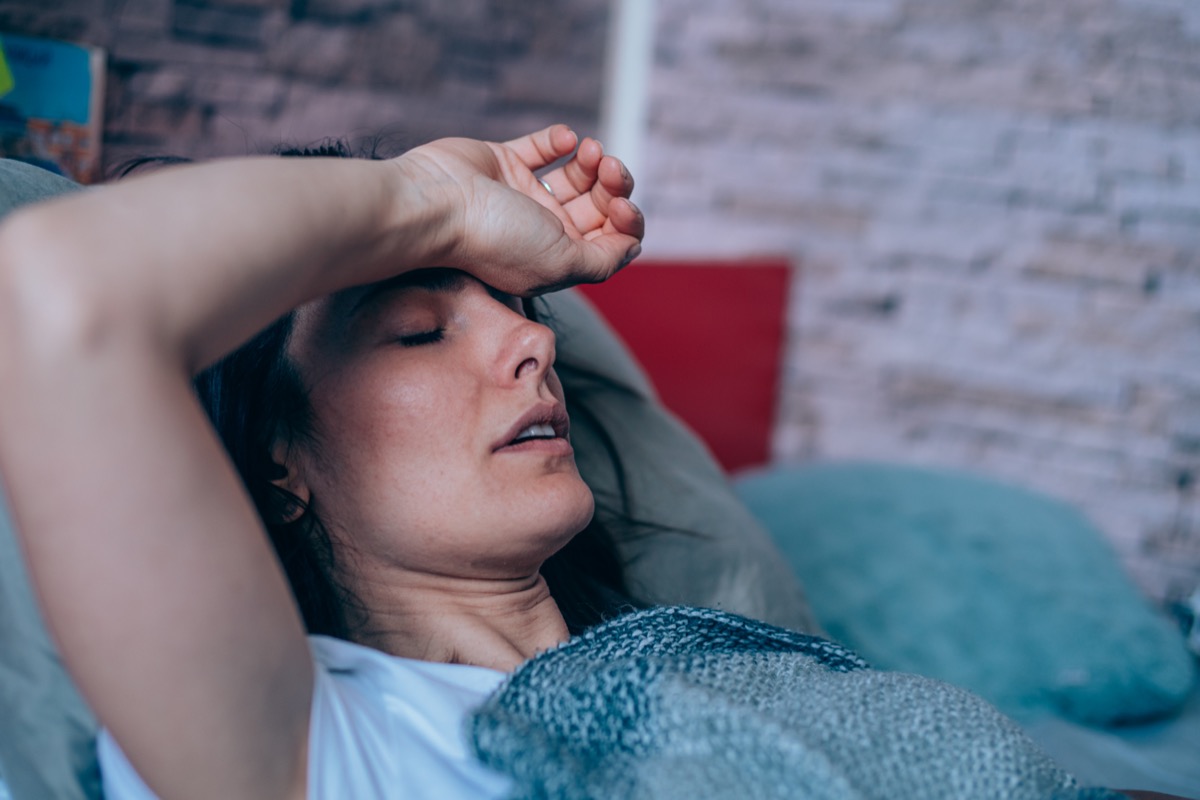 Yes, but the type of noise your machine is producing is important. Noise makers that create static white noise are less effective than those that produce pink noise, suggests Healthy Hearing. "Rustling leaves, steady rain, wind, and heart beats are pink," says the report. In fact, a 2017 study published in the journal Frontiers in Human Neuroscience found that pink noise is especially effective at bolstering deep sleep among older volunteers and actually improves memory function.

Should You Try Earplugs?

If you're a city dweller or live in a noisy area, earplugs can indeed go a long way in helping you block out unwanted noise and induce better sleep. According to a list of best earbuds for sleep compiled by Audio Reputation, some great options include the headband offerings from CozyPhones and these earbuds from Panasonic. And for more ways to get better sleep, make sure you're avoiding the 17 Foods That Are All But Guaranteed to Keep You Awake at Night.