The One Exercise You Should Never Skip After 50, Says Science

The real reasons why fitness experts are screaming for you to embrace the weight room as you age..

It's a sad truth that the gym can be an intimidating place, especially as you get older and you may feel physically inferior to younger gymgoers. It's an even sadder truth that it's a big reason why a lot of older people in their 50s, 60s, and beyond don't hit the gym at all. According to a study published in the journal Clinical Medicine & Research, "intimidation/embarrassment" ranked high among the reasons why aging participants don't engage in more physical activity despite being fully aware of the importance of getting exercise.

"Some were discouraged by the competitive atmosphere of gyms and group activities," observes the study. In the case group activities, specifically, the older participants "were apprehensive about not being able to keep a comfortable pace or potentially slowing down the group."

Now, as any card-carrying member of a gym knows all too well, the single most intimidating place in any gym is the free-weights area, where you'll find the buff guys heaving heavy weights, attempting to hit their PRs, and stalking about the iron bars between sets with a certain feral intensity. But according to a fast-growing body of research, this is exactly the area of the gym where older people need to be spending more time—if not everyone.

"At the population level, approximately 60 percent [of all exercisers] do no strength training," Jason Bennie, an exercise epidemiologist at the University of Southern Queensland in Australia, recently explained to the UK's The Telegraph. "This is almost double those who do no aerobic exercise."

If you're reading the latest science and listening to the top fitness pros, you'll know that it's time to banish the stereotype that weightlifting is exclusively for bodybuilders once and for all. As Melina Jampolis, MD, recently explained to us at ETNT Mind+Body, by the age of 80, many people can expect to have lost roughly 30% of their muscle mass. The best way to counteract this? It's to engage in a targeted strength-training regimen. In fact, Pam Sherman, a 54 year-old trainer and health coach, told us that everyone over the age of 50 should be strength training at least three to four days per week, and prioritizing lifting weights over doing steady-state cardio exercises such as running. "When trying to get fit and stay lean, lifting weights is your best bet!," she says.

"Strength training, once seen as an optional extra, should be considered at least as important as aerobic exercise," writes The Telegraph. We couldn't agree more. For even more of the reasons why you should make more time for weight lifting, read on, because we've listed them right here. (Bonus: We've also included a few great workouts you can do, as well.) So read on, and for more exercise news you can use starting ASAP, don't miss The Morning Exercises You Shouldn't Skip After Age 60, Says Science.

You'll Keep Your Weight in Check—and Reap the Health Benefits

According to an eye-opening new study published in the June issue of PLOS Medicine that relied on more than 12,000 people between the ages of 18 and 89, people who lift weights at least 2 times per week were at a 20-30 percent lower risk of becoming obese later on. "Ramping it up to one or two hours a week was even more effective, reducing the risk of obesity by 30-40 per cent," observes The Telegraph. "Other bonus effects include reduced cholesterol, inflammation and blood pressure and a reduced risk of diabetes and heart disease."

According to a study published in The Journal of Extension, though poor body image "is commonly reported among younger women, research suggests that body image perceptions may also be low in older women." One way that older women enhanced their "self-esteem, quality of life, physical and emotional well-being, social competence," and lowered their risk of depression and anxiety? You guess it: Strength training. "Collectively, [the available research] indicates that strength training may improve body image among aging women," say the researchers. And for some exercises to avoid, don't miss this list of The Worst Exercises You Can Do After 60.

You'll Have Better Balance and Stability

Here's what Valerie Hurst, 61, an FAI-Certified Trainer & Certified Brain Health Trainer, explained to us: "Many individuals [in late middle age] forget about lifting weights—or think that they can't build muscle as they age—but that's just not true. By strength training at least two days per week to your exercise routine, you can avoid loss of muscle, and thus stay independent longer by maintaining your strength and balance."6254a4d1642c605c54bf1cab17d50f1e

It's a grim fact of life that poor balance and stability is a major sign of physical decline. (For more on this, read up on The One Secret Exercise Trick That Can Add Years to Your Life, Says Doctor.) The best way to gain better balance and continue to lead a healthy and active life is to engage in a strength exercises—including doing compound moves such as squats that target major muscle groups.

Here Are Some Great Routines to Try 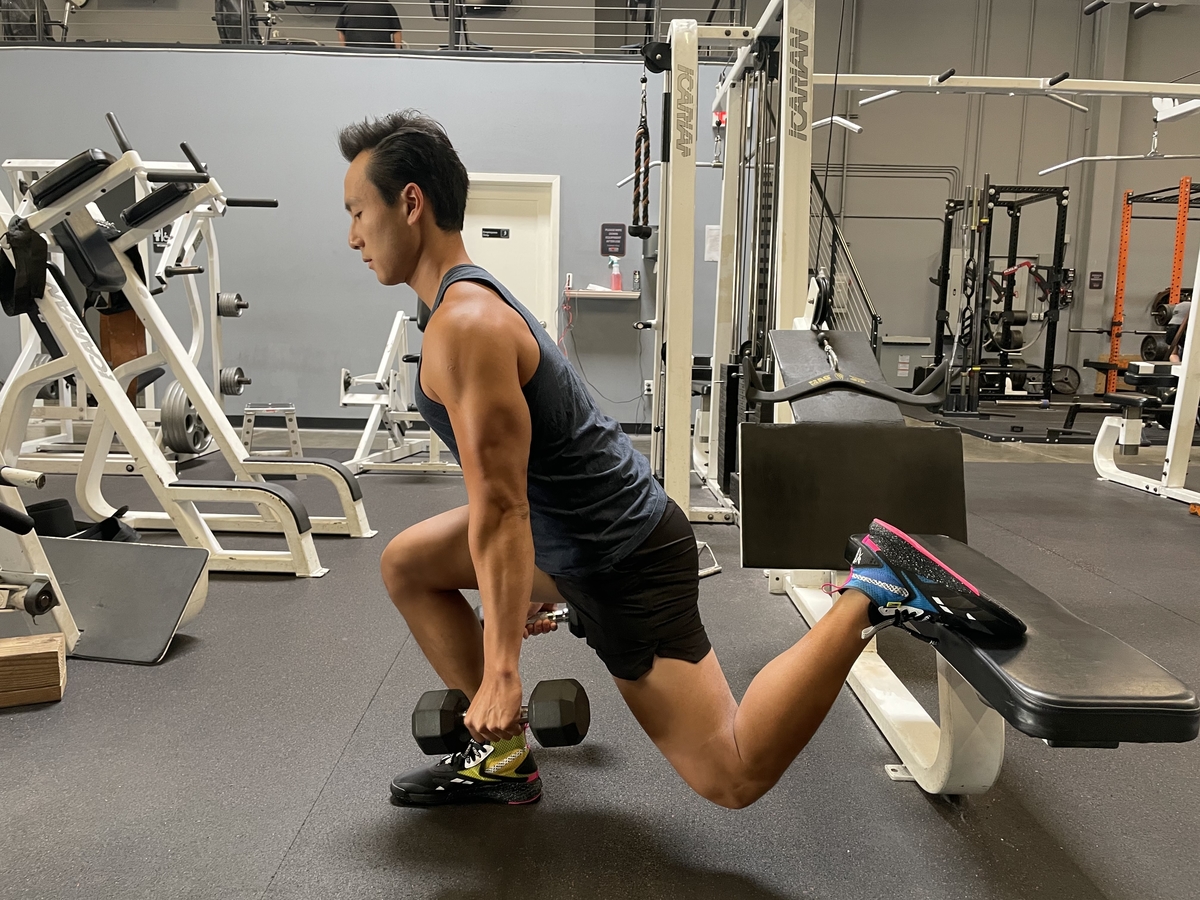 Are you too intimidated to hit the weight room? Here are some great strength training routines you can try now—many of which you can easily do at home.