The Most Unhealthy Habits of 10 American Presidents

Just because they have the most powerful job in the world doesn't mean they know how to live healthy lifestyles.

Sure, they may be leaders of the free world, but American presidents are still human. And just like us, they have their fair share of unhealthy habits. Just because they control the nuclear codes and the most powerful military in the world doesn't mean they always have control over what goes in their mouth.

Here are some of the worst habits of American presidents, from Donald Trump's affinity for fast food to William Howard Taft's gluttonous breakfast of 12-ounce steaks, compliments of the researchers at Eat This, Not That! 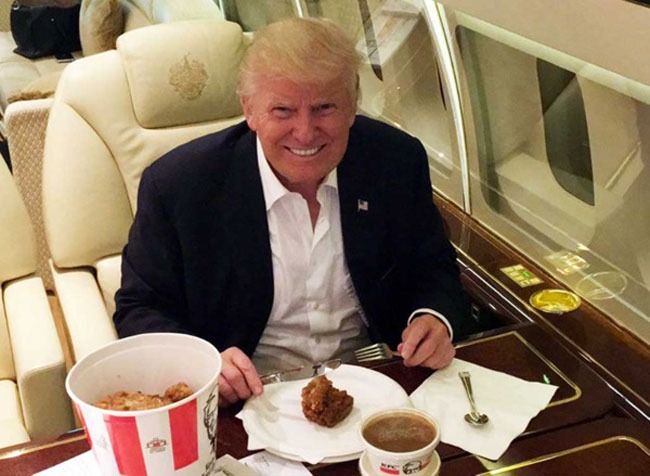 The 45th president hasn't been shy about his love of fast food. In fact, he shared a photo on social media in August 2016 with him in front of a fried chicken meal from KFC (which he ate with a knife and fork, naturally). It should come as no surprise that greasy fried chicken is fattening: just one piece of a fried chicken breast is 390 calories and 21 grams of fat. Add in two biscuits and a side of mashed potatoes and you're looking at 850 calories, 41 grams of fat (18 grams saturated), and 71 grams of carbs.

It's not just fast food; Trump is apparently a fan of soda, too. The Associated Press reported that Trump has a little red button on his desk that he pushes to order a Coke to the oval office whenever he feels like it. And when DJT took over for Barack Obama, it was reported that almonds were replaced by potato chips in the White House as the president's go-to snack. It's clear Trump is ignoring The 40 Things You Must Do for a Flat Belly. 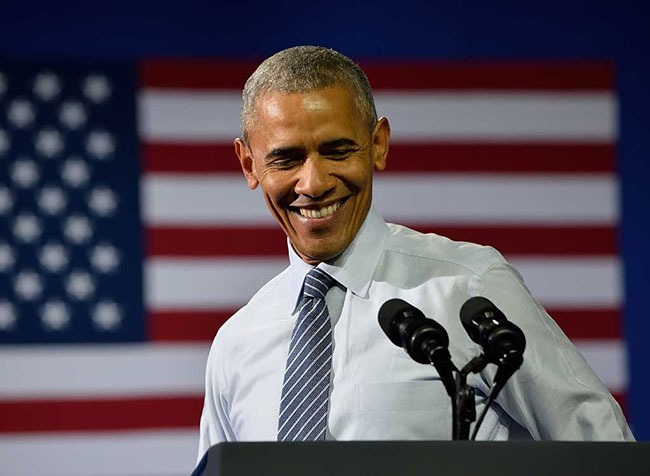 Although First Lady Michelle Obama was a big proponent of healthy eating and exercise with her "Let's Move" campaign and White House vegetable garden, Barack Obama was still damaging his heart and lung health with his smoking habit. While he admitted to smoking cigarettes and trying to quit when he took office, the 44th president said in a 2015 interview that he quit in 2010. "I made a promise that once health care passed, I would never have a cigarette again. And I have not," he told GQ. He continued to chew nicotine gum throughout his time in the White House to curb his cravings. 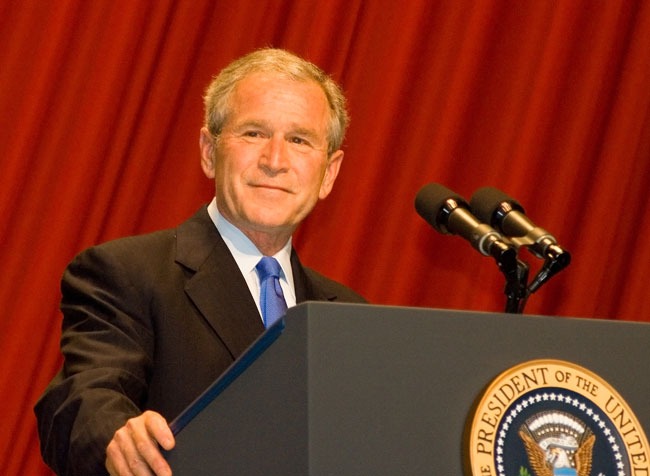 George W. Bush has a reputation of being a hard-drinking frat boy, an image that's not far off from his younger partying days. Former First Lady Laura Bush told Oprah in a 2010 interview that her husband was a heavy drinker in his younger days, consuming beer, bourbon, and B&B in one sitting. He was even arrested for drunk driving in 1976. But he finally quit his heavy drinking habits after his 40th birthday, well before he took office in 2000. Not only is alcohol inflammatory and terrible for your liver, but each alcoholic beverage packs an additional 100-200 calories onto your daily intake — a recipe for weight gain.

"George just woke up and he knew he wanted to quit," she told Oprah. "And he stopped and he was able to stop. A lot of people can't. A lot of people need help to stop. He just stopped cold turkey." Although George W. Bush was photographed drinking the occasional brewsy or glass of wine while in office, it was nothing compared to his younger partying days. 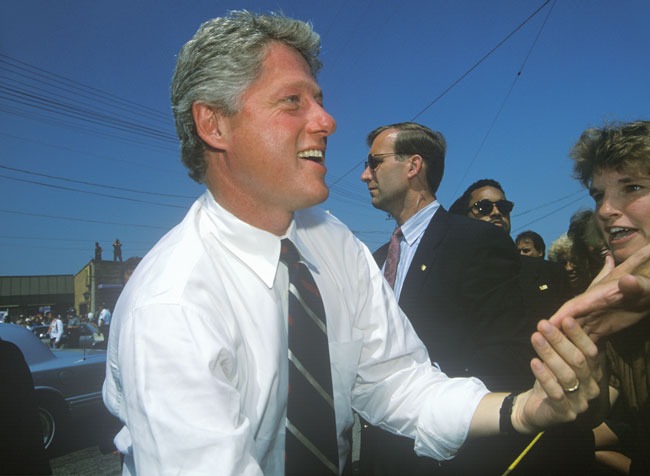 Although he has since adopted a healthier lifestyle since leaving office, opting for a mostly vegan diet, former president Bill Clinton had much different eating habits when he was newly elected. A 1992 article in the New York Times details his love for and frequent dining of fattening restaurant foods, particularly barbecue, Tex Mex, and diners. Some of his favorite foods included jalapeno cheeseburgers, chicken enchiladas, cinnamon rolls, and pies. At the time, Hillary Clinton urged her husband to cut back on his favorite fatty foods and watch his portions, a move that helped him lose about 30 pounds before taking office in 1993. But his weight struggles still prompted taunts throughout his eight years in office. 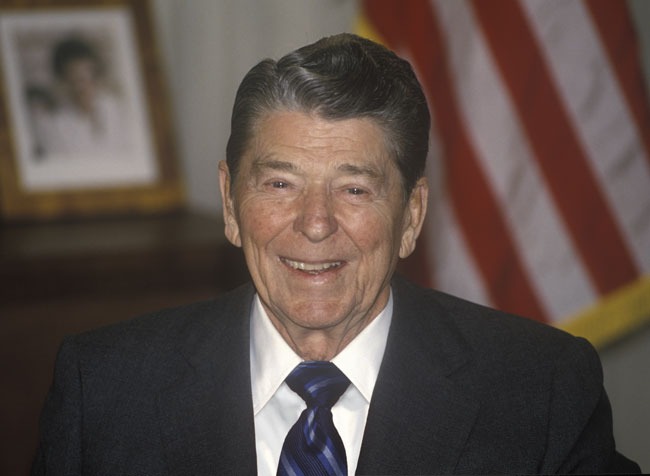 In addition to being a smoker — Reagan was even featured in print cigarette advertisements in the '40s and '50s — the 40th president was also a lover of the outdoors. Growing up in California, Reagan spent a lot of time outdoors playing sports and lifeguarding as a teenager. So it's no surprise all this UV exposure caught up with him; in 1985 and 1987, he had basal cell carcinomas removed from his nose. While we are more aware of the dangers of sun exposure now, it's worth reiterating that sunscreen of at least an SPF 30 should be worn whenever you're outdoors, even if it's cloudy. And if you're swimming or sweating, be sure to reapply often. It's the best defense against premature skin aging and cancer. 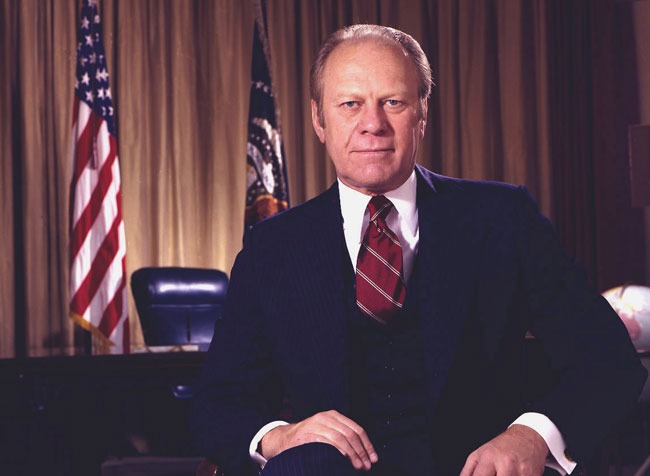 It wasn't uncommon for people of Gerald Ford's generation and before to smoke tobacco — after all, the first Surgeon General's report on smoking and health wasn't released until 1964, 10 years before Ford took office — the 38th person took his tobacco habit to an extreme. He reportedly smoked up to eight pipes of tobacco a day. And pipes can be even worse for your lungs and overall health than cigarettes as just one pipe can pack as much tobacco as a few cigarettes' worth. The biggest health risk associated with smoking is lung, throat, and mouth cancer, but smoking can also lead to cardiovascular disease including heart attack and stroke. 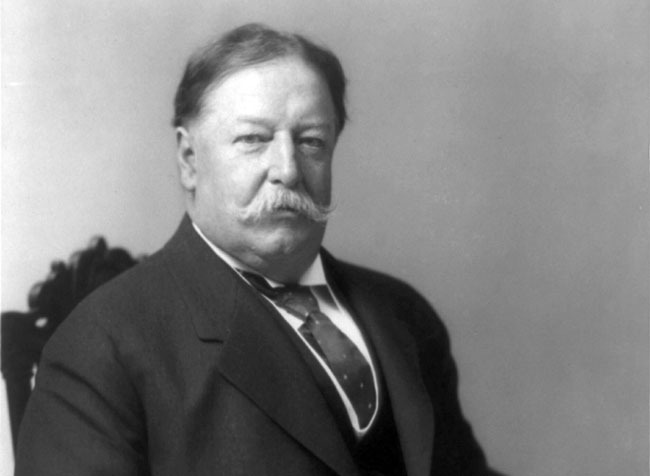 Perhaps William Howard Taft is best known for his size — after all, this was the president who allegedly got himself stuck in a bathtub. Although there's no historical evidence to back up this popular anecdote, he did fancy himself a pretty fattening and caloric diet. Taft reportedly enjoyed enormous meals, including a 12-ounce steak for breakfast. A steak that size clocks in at a whopping 920 calories and 65 grams of fat, and that's before it's been slathered in butter and cooked — it's no wonder Taft weighed about 330 pounds.

Sure, steak can be a part of a healthy diet; we recommend grass-fed beef and sticking to a more reasonable size of 4-6 ounces. A 4-ounce piece of grass-fed strip steak is just 133 calories and 26 grams of protein. And while Taft usually had steak for every meal, the American Heart Association recommends limiting meat intake of any kind to just 6 ounces a day.

Grover Cleveland was also overweight and had apparently struggled with a weight problem his whole life. He also detested exercise; he once said: "Bodily movement alone . . . is among the dreary and unsatisfying things of life." In addition to overeating, he was also a heavy drinker. At one point when he was trying to cut back, he limited himself to four glasses of beer a day, which is still a few hundred calories and one drink away from what's considered binge drinking. At 250 pounds, Cleveland was the second-heaviest president after Taft. 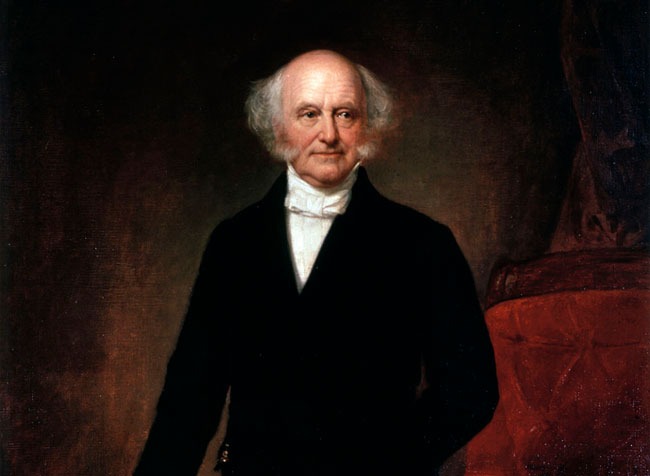 Drinking alcohol seems to be a common theme among American presidents. Martin Van Buren apparently drank so much whiskey, it earned him the nickname "Blue Whiskey Van." He had a history of heavy drinking and developed gout and later heart problems. Aside from whiskey setting you back an extra 70 calories per ounce, the FDA recommends adults consume alcohol in moderation, meaning one drink a day for women and up to two drinks a day for men. 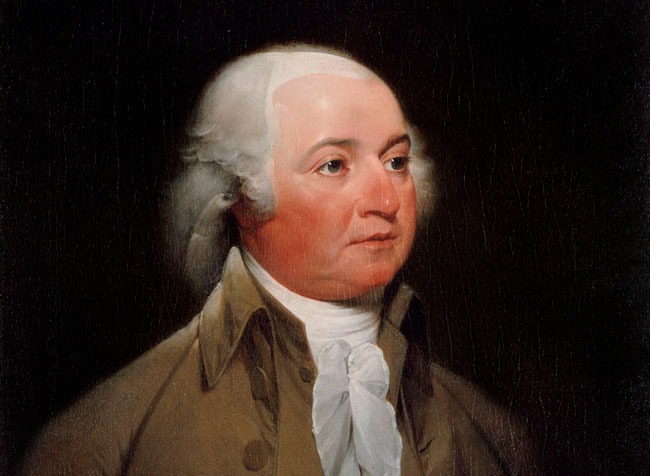 John Adams didn't just enjoy drinking; he started his day off with a boozy beverage. Forget coffee, it's reported this founding father downed a hard cider each morning. Not only is a hard cider not a wise way to start the day, but each one comes packed with around 130 of (empty) calories and 10 or more grams of sugar. Opt instead for one of our 37 Best Breakfast Foods for Weight Loss.