Remember when your elementary-school friends told you that swallowing a piece of gum meant that Hubba Bubba would stay in your belly for seven years?

If you're not up-to-date with the current pop culture references, let's rewind a second. Melissa McCarthy's guest appearance on Saturday Night Live the other week brought to light some odd habits of current White House press secretary, Sean Spicer. Particularly, that Spicer really likes gum. It could have merely been a satirical joke, but, apparently, it's not an alternative fact.

According to a Washington Post profile of Spicer from August 2016, the guy "chews and swallows whole" Orbit cinnamon chewing gum. That's not the worst of it. Because he "just can't stand a gross-feeling mouth," Spicer goes through "two-and-a-half packs by noon." That's thirty-five pieces of gum—before 12 pm. 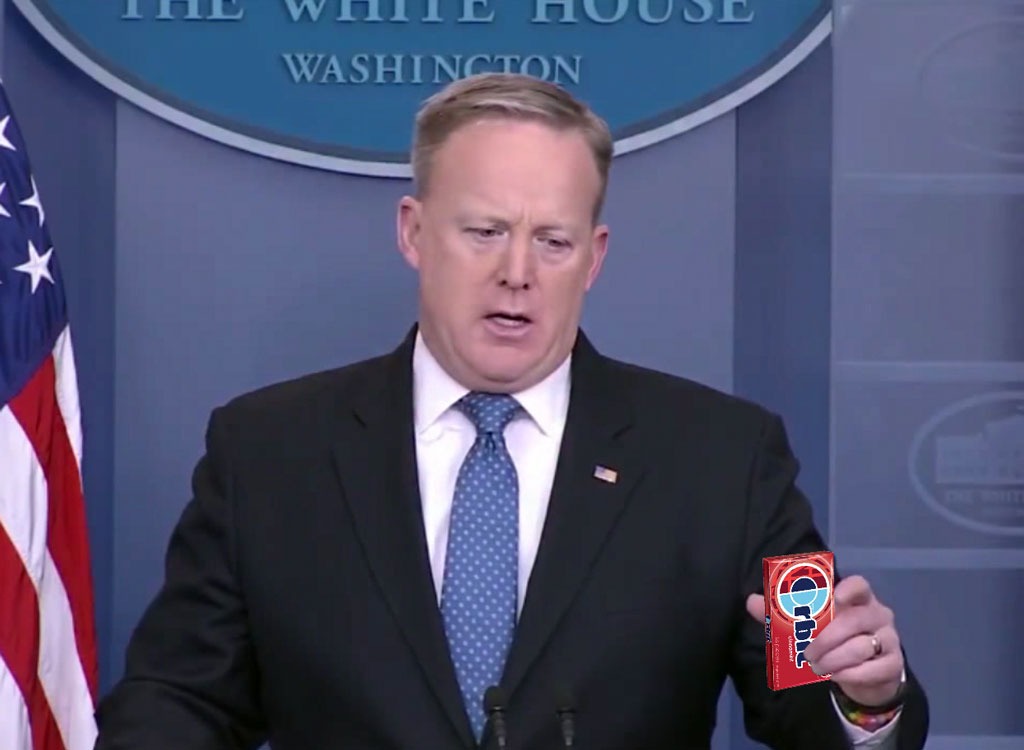 (Top) Melissa McCarthy's impression of Sean Spicer on Saturday Night Live, February 4, 2017. And (above) what we imagine the real Sean Spicer is thinking about when he holds White House press conferences.

Don't think you're the only one who assumes the habit could be unhealthy. So did Spicer. That's why the Washington Post reported that he has asked his doctor about the strange habit, and his MD ultimately gave him the A-OK. While his doctor may have signed off on the mastication, we're just really curious: what actually is going on in his body when he chews and swallows that much gum in half a day—every day? Read on to find out if swallowing three dozen pieces of gum before lunch makes it on the list of 40 Habits That Make You Sick and Fat.

Your Body Will Break Some of the Gum Down

Gum is not food, but you already know that. That's why you chew it. And chew it. And chew it some more, and it never goes away. (We'll get to that reason in a second.) Although the bulk of gum is indigestible, there are some ingredients that are: the sugar alcohols. Your body will break these down, and this results in you consuming no more than 175 calories. Eh, not so bad.

You Could End Up Starving

"Many [people] try chewing gum to take their mind off eating food. Unfortunately, this trick doesn't usually work," comments Lisa Hayim, MS, RD. "The chewing action actually tricks your body that food is coming down," she explains, which means your stomach begins to prepare gastric juices. And when no food comes down, your stomach really begins to churn and grumble, causing pain and making you more conscious of your need to eat. Additionally, Spicer's favorite gum contains aspartame, acesulfame K, and sucralose—three artificial sweeteners that have been scientifically shown to trigger your sweet receptors and rev hunger. So add gum chewing to the list of 30 Reasons You're Always Hungry.

You Could Feel More Mellow

If you were constantly being bombarded by questions from information-hungry journalists, we'd bet you'd be pretty stressed out, too. Maybe that's why Spicer chews so much gum. According to a study published in Physiology & Behavior, gum-chewers are more alert and experience reduced anxiety and stress than those without a chiclets.

Your Body Will Be Drained Trying To Digest The Rubber

As a video from the American Chemical Society's Reactions series explains, our bodies don't have a way to break down the indigestible rubber base of gum (a synthetic rubber called butyl rubber). Even though your body can't digest the gum, it doesn't mean it won't try! In fact, your body will likely trigger a natural, neural response in the parasympathetic nervous system which tells your body to slow down and focus on digesting rather than go out and seek more food. As a result, your body may expend a significant amount of energy trying to break down those 35 pieces of gum, and you'll feel drained as a result.

It Can Cause Severe Bloating

Yes, the whole point of our investigation is to find out what happens when you swallow a lot of gum, but a part of that is also that Spicer does chew the gum first. This chewing stage is what can lead to extra bloating, since chewing incessantly (which you'd be doing to get through 35 pieces of gum in just a few hours) can cause you to swallow excess air, which can lead to bloat. (Hence why gum is one of the 35 Things That Can Give You A Bloated Stomach.)

If you take a closer look at Spicer's favorite gum—cinnamon Orbit—you see that each piece contains four different sugar alcohols: sorbitol, glycerol, xylitol, and mannitol. Each of these sugar substitute have been shown bloating and other gastrointestinal distress. Sorbitol, in particular, takes a relatively long time to digest, and any undigested sugar alcohol in your small intestine acts as the perfect environment for the fermentation of bacteria, thus, causing even more bloating and flatulence.

You Will Likely Poop Most of It Out…

Because the rubber part of gum is indigestible, the gum will likely just pass through your intestines to exit your body as waste—just like other indigestible foods such as corn husks—either in a couple of hours or a couple of days depending on your body's efficiency, according to Dr. Michael F. Picco from the Mayo Clinic. But there are two ways this could go:6254a4d1642c605c54bf1cab17d50f1e

But… You'll Either Be Constipated with Stomachaches 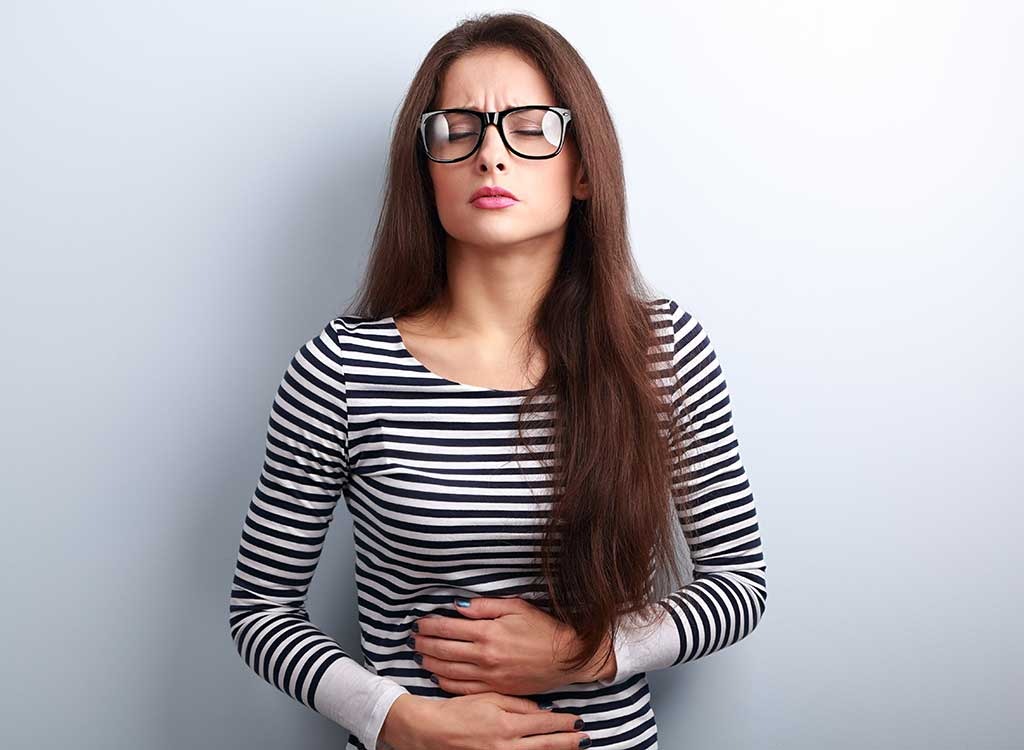 The Mayo Clinic has reported that, on "rare occasions," large wads of swallowed gum have been a source of severe constipation and blocked intestines in children. And although there are only cases of this happening in children, we're not sure if it's because their intestines are smaller or because only kids would be dumb enough to eat that much gum.

Or You Could Have the Runs 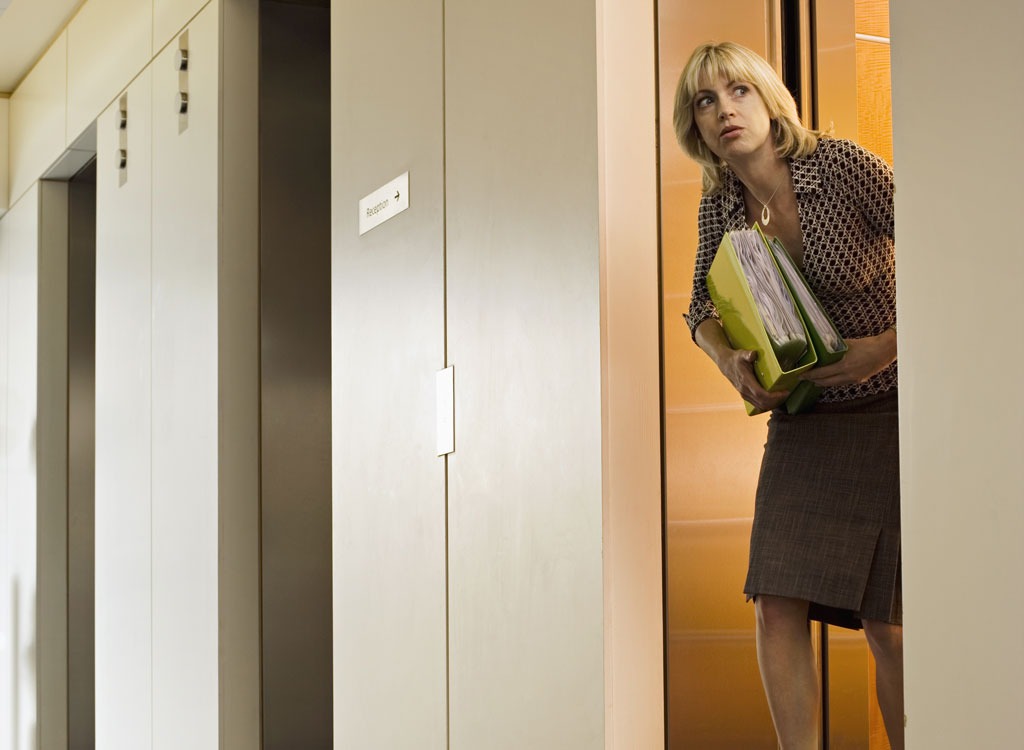 When you can't digest a sugar alcohol, it can linger in the digestive tract. Sitting in your intestines may lead to water flooding the bowels. And that causes you to rush to the restroom.

You Could Lose Weight—From Pooping So Much

Losing weight can be a good thing, but don't try it like this. The journal BMJ published two case studies of two patients who experienced weight loss due to diarrhea. After examining both of their diets, the researchers landed on a common culprit: sugar-free treats and gum. One man chewed 20 sticks of sugar-free gum a day while the woman was consuming 16 sticks of gum a day (and was producing a staggering 7 times the normal volume of stool). In the end, the researchers came to this conclusion: "Our cases show that sorbitol consumption can cause not only chronic diarrhea and functional bowel problems but also considerable unintended weight loss."

Bottom line, even if this habit is "safe," it sounds like it will cause more discomfort and distress than it will do you good. Instead of trying it for yourself, why don't you try one of these 55 Best-Ever Ways to Boost Your Metabolism.