The Worst Desserts to Order on Valentine's Day

Steer clear of these unhealthy picks on V-Day.

Valentine's Day is almost here, and whether you're going out to your favorite restaurant or getting takeout, sharing dessert is a romantic way to end your meal. While we're all for indulging in delicious chocolate and sweets with your sweetie, there are a few chain restaurant favorites that might not make you feel so great as the evening winds down—not to mention the next morning.

These desserts are packed with calories, sugar, fat, and sodium, most of which are dangerous for your health if you consume them regularly.

Kelly Schmidt, RD, LDN, the Diabetic Dietitian, wants you to know it's okay to indulge. However, she warns, "Those options look delicious, but will they leave someone feeling good after? Leave Valentine's Day to good conversation, good flavor, ambiance, and love."

"Having a treat that is almost half the calories someone should consume in a day will lead to poor sleep, increased cravings the following morning, and more insulin resistance," says Schmidt. Is that how you want to spend Valentine's Day?

And for more, sign up for our newsletter to get daily recipes and food news in your inbox! 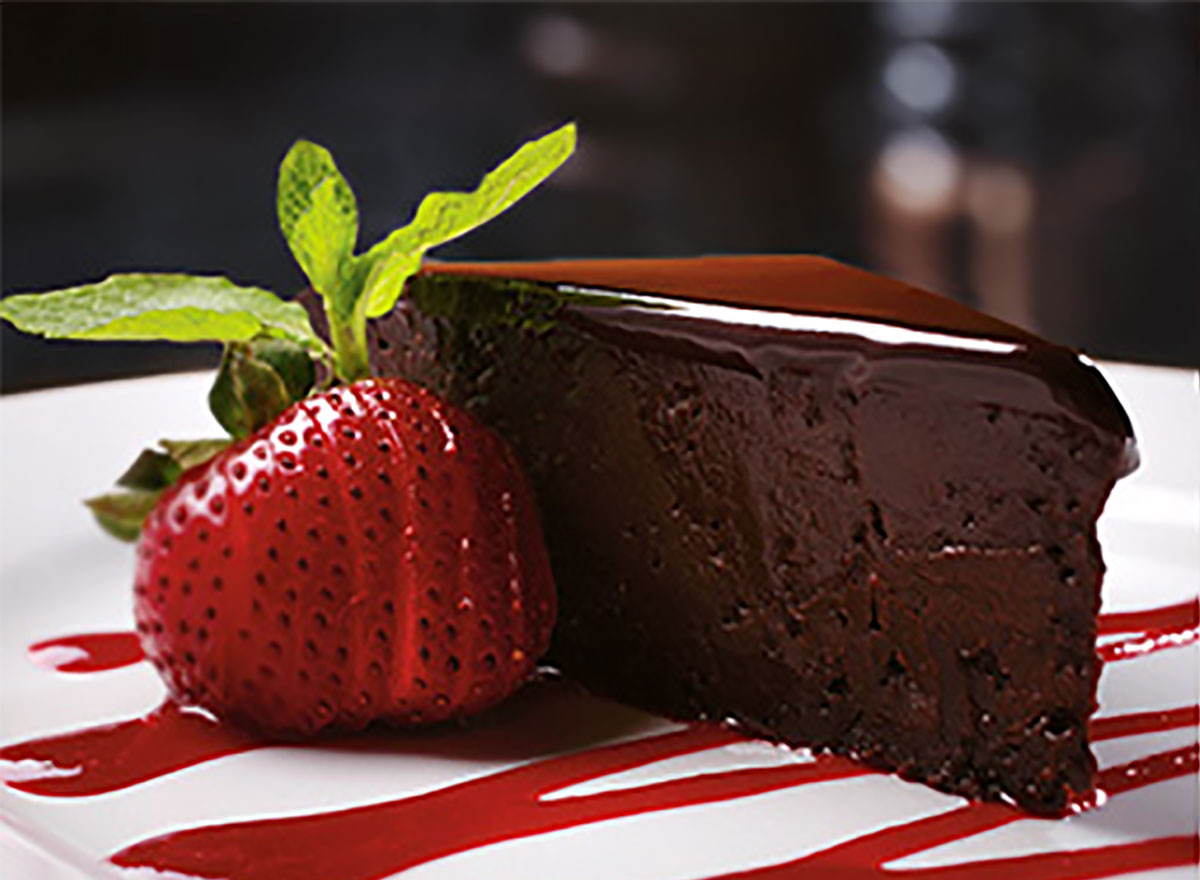 While not the biggest offender on the list, the biggest sin here is the calorie count, which is more calories than the average woman should consume in one meal. However, splitting this would be a reasonable indulgence!6254a4d1642c605c54bf1cab17d50f1e

This fudge brownie, topped with chocolate mousse, fresh whipped cream, and chocolate sauce, has more than 15% of the amount of salt you should consume daily. Too much salt in your diet can lead to fluid retention (oh, and high blood pressure and heart disease), leaving you feeling bloated.

Outback Steakhouse Chocolate Thunder from Down Under

If you're getting dessert at Outback, the New York Cheesecake and Salted Caramel Cookie Skillet have fewer calories than this fat-laden monstrosity. Stay away!

Even if you split this calorie and sugar bomb, you'll have had half your calories and salt for the day. "If the desire is there, order what looks best, but also consider indulging in a treat with less of an impact," says Schmidt. "Ask if there is an option to order fresh berries with homemade whipped cream or even a cheese plate."

Sharing a warm cookie topped with a melting scoop of vanilla ice cream sounds like a great treat to share. But with 4,390 milligrams of sodium, this treat could bloat both you and your boo. 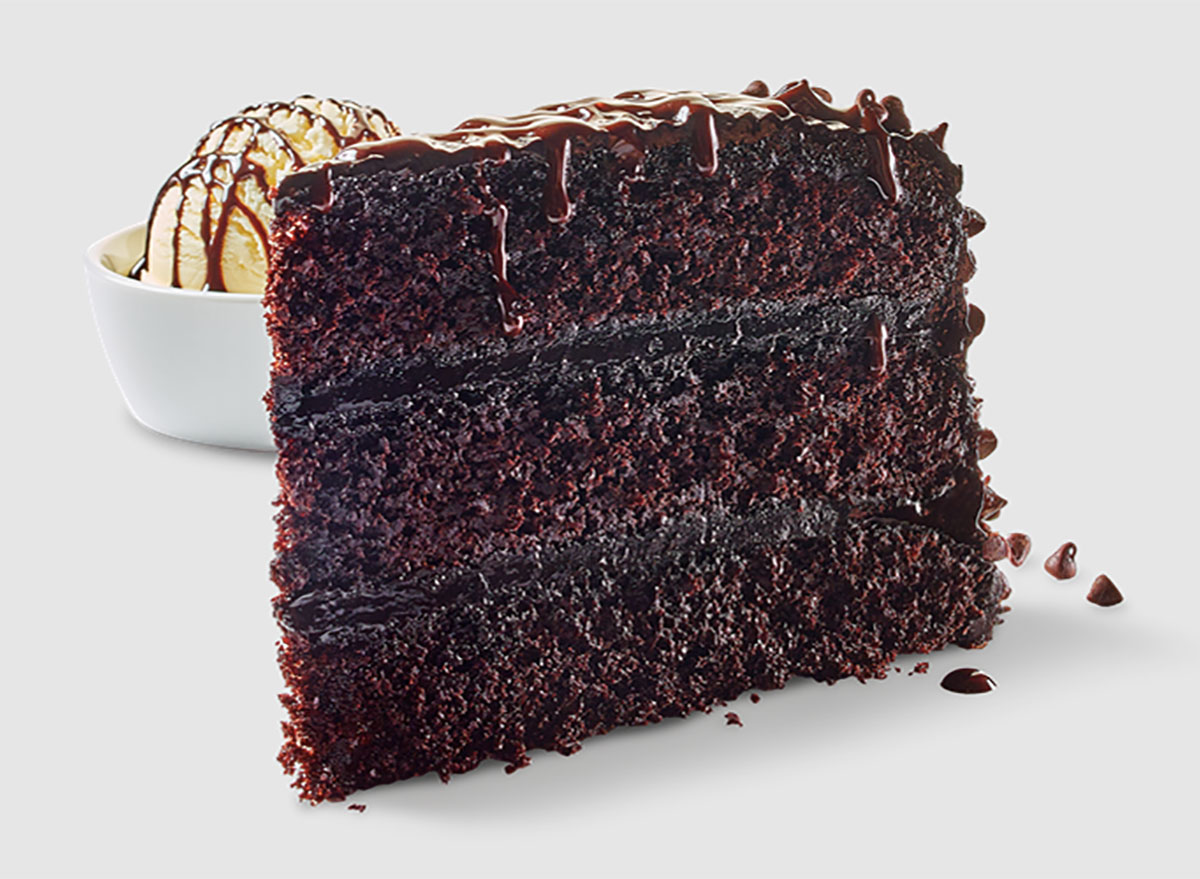 To be honest, this isn't one of the worst offenders on the list, but it's a lot of calories to pile on after a plate of wings. 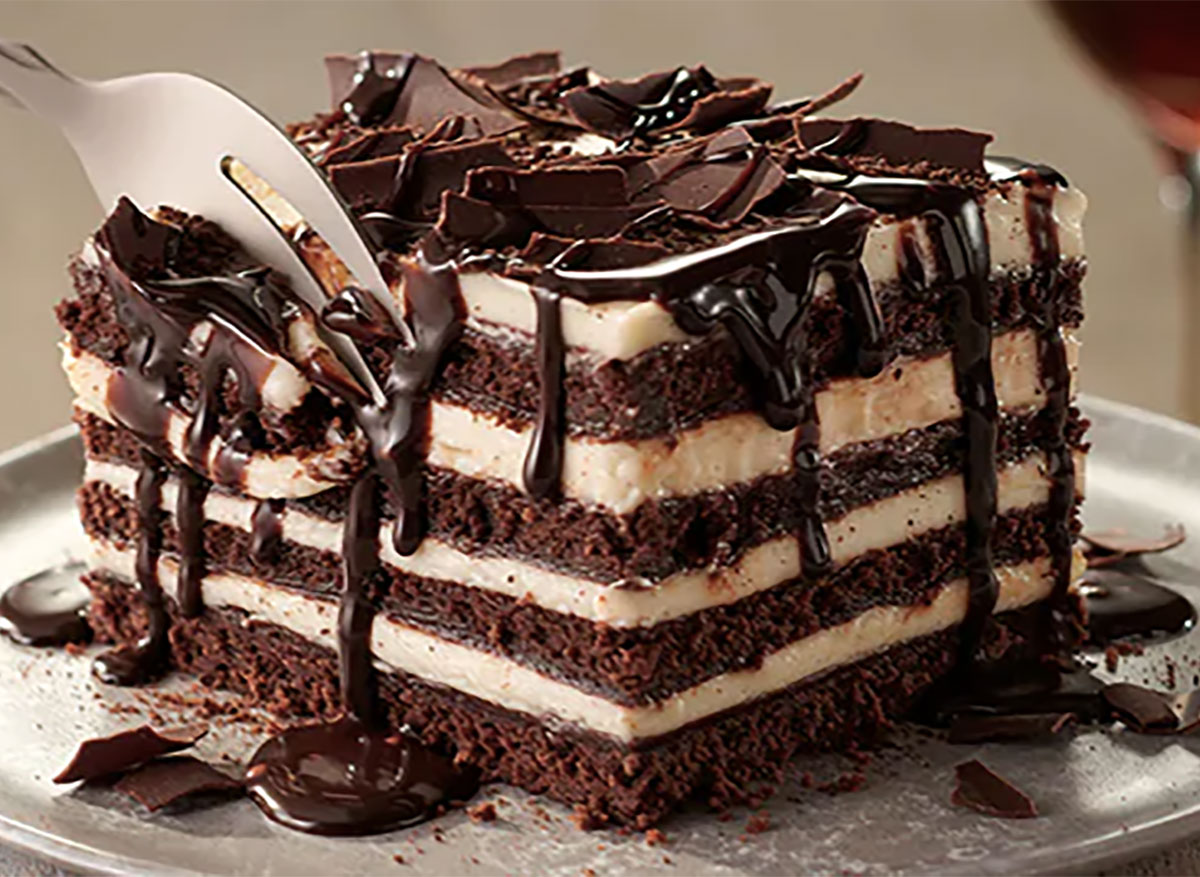 With eight layers of brownie and cheesecake frosting, this dessert has the amount of fat you should be eating all day, not just in one treat. 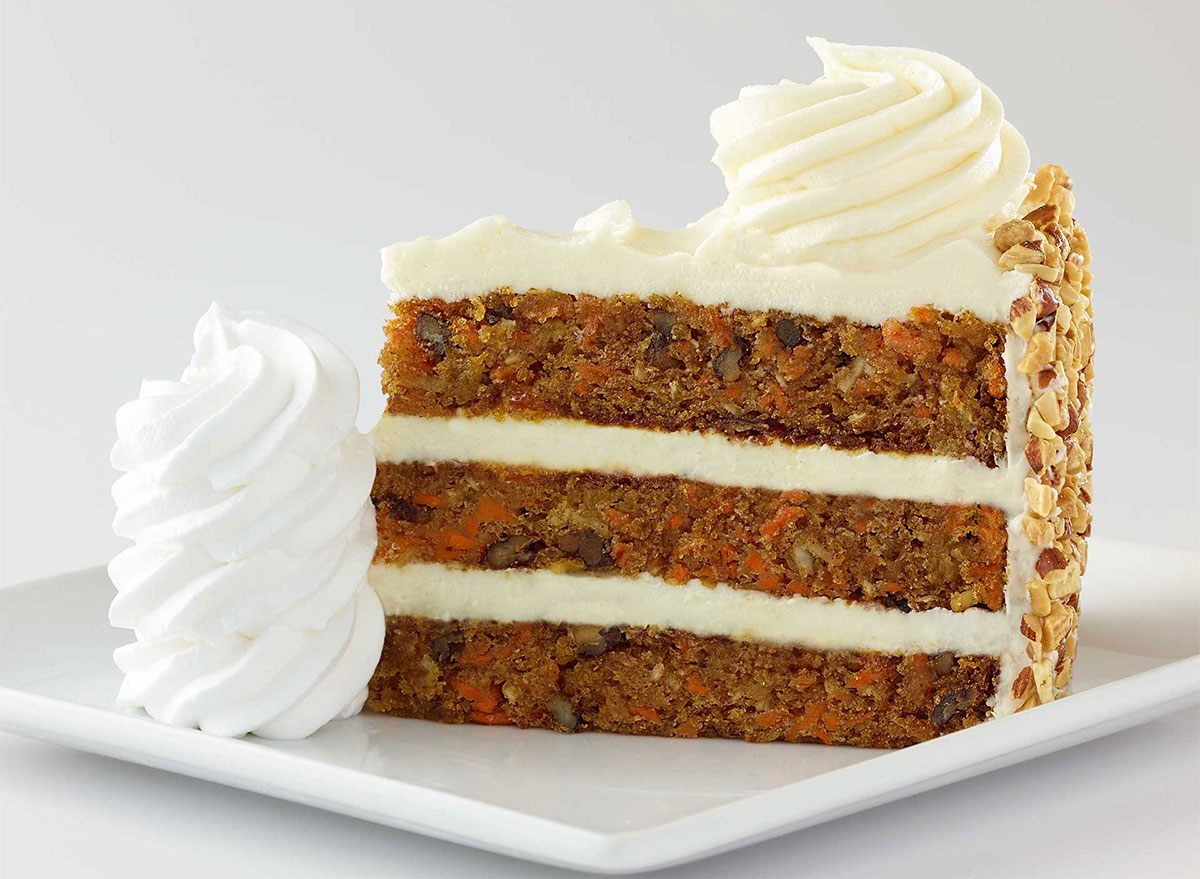 Eating too much salt—like a third of your daily recommended intake—at dinner time can lead to disturbed sleep. Is that how you want to end your Valentine's Day?

This chocolate cake has more calories than an order of fish and chips from Applebees. Just saying.

You could eat an entire Bar Harbor Lobster Bake from Red Lobster for about the same amount of calories that are in this cake and ice cream combo. We'd split this with at least four people.

Again, this is more calories, sodium, and carbs than are in most restaurant meals. Choose wisely!

Tanya Edwards
Tanya Edwards is a seasoned food and health journalist, who has held roles at Yahoo Health as Managing Editor and at Food Network as Programming Director. Read more about Tanya
Filed Under
Holiday // Restaurant Chains // Restaurants