5 Superfoods That Will Save Your Life

Diet and disease have been linked since the beginning of time, when plants were cultivated not only for food, but also as remedies for a host of ailments.

Fortunately, we've progressed since the days of foraging in the woods for salad with the risk of discovering that—Doh! That one's poisonous. But ironically, for all we have learned, we continue to eat foods that are killing us slowly. In fact, chronic illnesses brought on by obesity—including (but not limited to) cancer, diabetes and cardiovascular disease—account for an estimated 120,000 deaths per year, according to the Centers for Disease Control. Every time we eat, we make a choice: to feed disease, or to fight it. Here's a roundup of life-saving foods that do the latter: 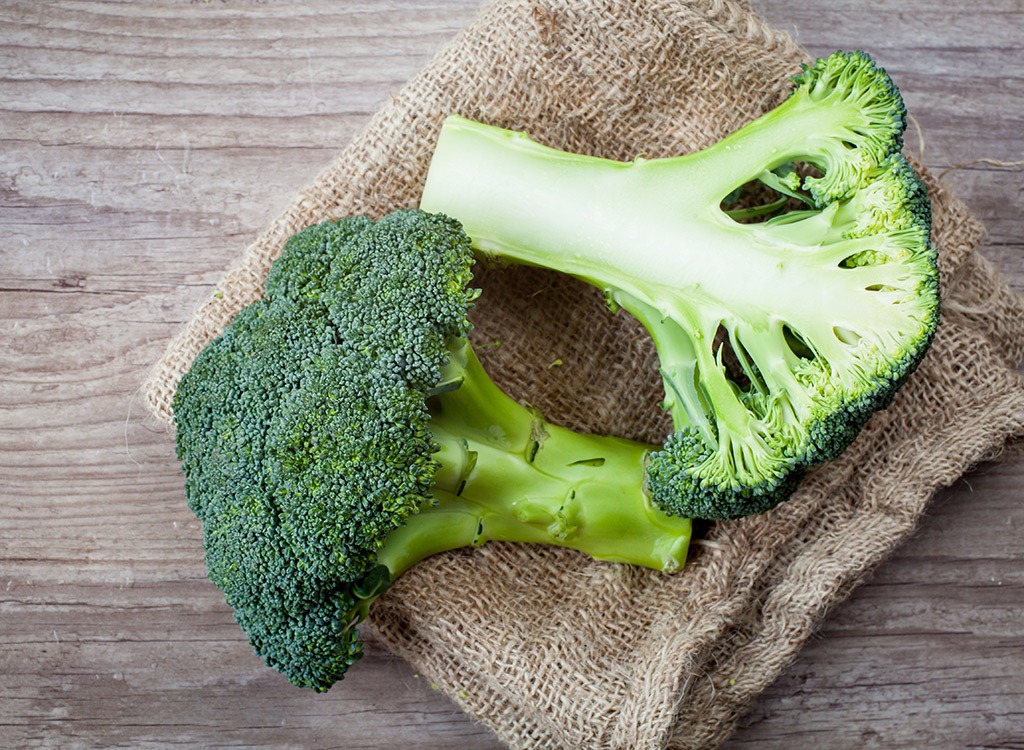 If cancer is a giant, complex circuit board, broccoli is like the big red OFF switch. The average American eats over 4 pounds of the flowery vegetable a year, according to the National Agricultural Statistics Service. And that's a good thing, because there's significant evidence of the value of cruciferous vegetables like broccoli in cancer prevention. In fact, clinical trials show eating steamed broccoli just a few times a week can lower rates of prostate, breast, lung and skin cancers. Researchers attribute the anti-cancer properties primarily to sulforaphane, a compound that works on a genetic level to effectively "switch off" cancer genes, leading to the targeted death of cancer cells and slowing of disease progression. One study found men who ate three or more half-cup servings of broccoli per week had a 41 percent decreased risk for prostate cancer compared to men who ate fewer than one serving per week.

Get the Benefits: OK, bare with this important science-babble: The enzyme myrosinase is required for sulforaphane to form. The bad news is, Miss Myrosinase is a bit of a prima donna when it comes to temperature. Freezing broccoli renders the enzyme almost useless; so does boiling it. But the good news is that new research shows you can revive—and nearly double—Mr. Broccoli's anti-cancer qualities by introducing him to a hottie! That is to say, pair broccoli that was frozen and then gently steamed (2-3 mins in the microwave) with a spicy food that also contains myrosinase—like mustard, horseradish, wasabi, or peppery arugula. 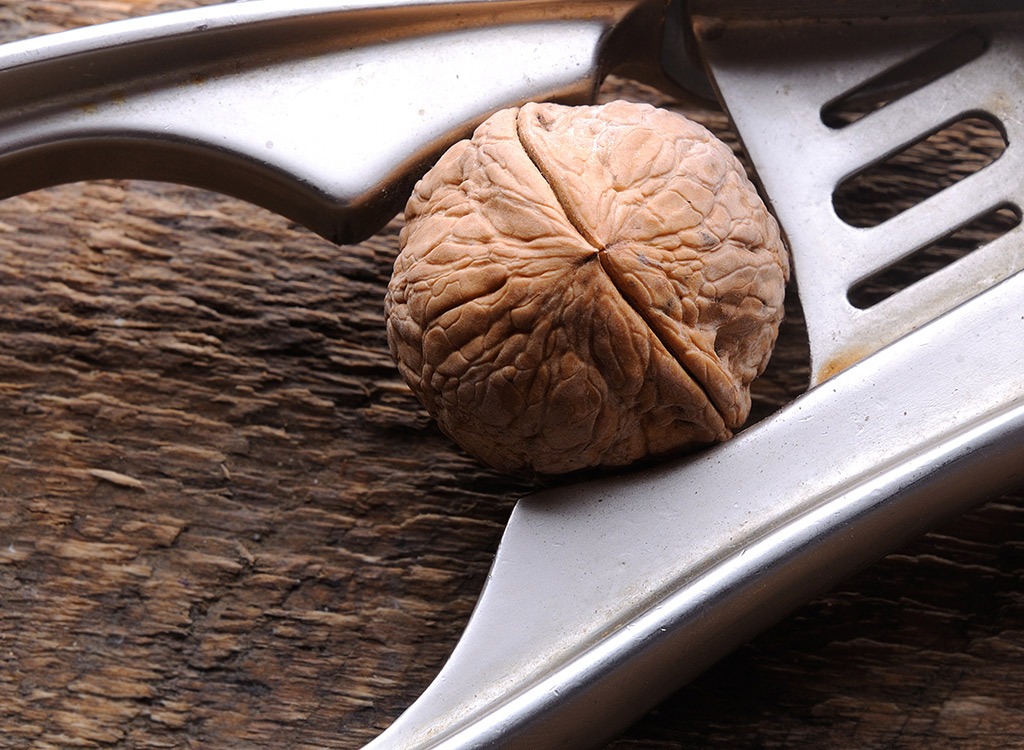 Of all the nuts at the bar to go home with, which will prove best for your heart? The walnut, researchers say. Ironically, or perhaps Mother Nature's way of giving us a hint, heart-shaped walnuts are brimming in antioxidants and omega-3 fatty acids that can significantly reduce the risk of heart disease—an umbrella term that refers to a number of deadly complications (including heart attack and stroke) that amount for about 600,000 deaths in the United States per year. The most comprehensive review of clinical trials on nut consumption in relation to cardiovascular disease showed consuming just one ounce of walnuts five or more times a week—about a handful every day—can slash heart disease risk by nearly 40 percent. And a recent study showed two ounces a day was enough to significantly improve blood flow to and from the heart in just 8 weeks, without causing weight gain.

Get the Benefits: A recent study that analyzed the health benefits of different parts of the walnut—the skin, the "meat" and the oil—found most of the heart-healthy benefits come from the oil. You can release walnuts' volatile oils by roasting them in a dry pan over medium heat until fragrant. And give walnut oil a try—a finishing oil that's delicious in mixed into salad dressings or drizzled (with a teaspoon!) on pasta dishes.

Not just the prettiest bean of the bunch, each gem-like kidney bean can be considered an effective blood-sugar control pill—and a particularly good defense against type 2 diabetes, a life-altering disease that radically changes the way your body manages blood sugar. The main reason beans are so good at preventing—and treating—the obesity-related disease is their rich fiber content. Kidney beans pack the biggest dietary wallop; just a half cup of beans provides 14 grams—more than 3 servings of oatmeal! And it's not just run-of-the-mill fiber, but a special form called "resistant starch." This type takes longer to digest than other fibers, making it a very "low glycemic" carbohydrate that helps prevent blood sugar spikes. In fact, a recent study found diabetics who ate one cup of beans every day for 3 months saw better improvements in fasting blood sugar, cholesterol and even body weight than a group who ate one cup of equally-fibrous whole-wheat products. And a longer study that followed more than 64,000 women for 4 years found that high intake of beans was associated with a 38 percent decreased risk of diabetes.6254a4d1642c605c54bf1cab17d50f1e

Get the Benefits: Any increase in beans and dietary pulses (like lentils) is a healthy choice. If you're serious about diabetes prevention, one cup a day should be your goal. Dried beans tend to be slightly higher in fiber and slightly lower on the glycemic index; for convenience, though, canned varieties are usually fine, just check the label for additives like sugar and rinse your beans thoroughly before enjoying.

Spinach is like that guy. The captain of every Varsity sport, the Homecoming King, the Prom King and the Valedictorian. He can do it all, and now researchers say he can cure liver disease—a complex illness caused by poor diet, excess alcohol and inflammation. Your liver's primarily role is to detox; when it's not working properly, the liver gets "fatty," toxins build up in your system and you get very ill. Studies suggest spinach can be particularly cleansing, as it's rich in vitamin E and two compounds called "betaine" and "choline" that work together to turn off fat storage genes in the liver. One study found steamed spinach to be 13 percent more effective at lowering fatty acid levels in the liver than a pharmaceutical drug, while other research suggests adding leafy vegetables to one's diet can improve fatty acid profiles in just 4 weeks.

Get the Benefits: It's hard to eat too much spinach. Stock up on a few bags at the beginning of the week and challenge yourself to sneak it into every meal. A handful in your morning smoothie? You'll never taste it! And consider adding turmeric to your spinach saute; the classic Indian spice has also proven to be a powerful anti-inflammatory in the liver.

More than five million Americans are estimated to have Alzheimer's disease—a number that's expected to nearly triple by 2050 if there are no significant medical breakthroughs, according to the Alzheimer's Association. There's a genetic basis to Alzheimer's, and if the disease runs in your family, it's especially important to make changes to your lifestyle to minimize your risk. Just adding more blueberries to your diet can help. Rich in antioxidants that give them their purple or deep-red color, the berries protect cells from damage by changing the way neurons in the brain communicate and reducing the accumulation of protein clumps most frequently seen in Alzheimer's. In one study, older adults who supplemented with blueberry juice for just 12 weeks scored higher on memory tests than those receiving a placebo. Researchers have found the same thing in animals: Those fed blueberries experience significantly less brain cell loss when exposed to oxidative stress like that experienced by people suffering a neurodegenerative disease.

Get the Benefits: Believe it or not, studies suggest frozen blueberries are actually nutritionally superior to fresh varieties, and contain more antioxidants. But, sorry pie lovers, science isn't on your side: A study in the Journal of Agricultural and Food Chemistry found antioxidant levels in blueberries dropped by 10 to 21 percent when baked.