Spoiler alert: it's not McDonald's! The ubiquitous chain actually ranked last on the list.

Considering McDonald's has the most locations across the nation than any other burger joint, you'd expect it to be America's favorite, too. However, it's actually a regional burger chain that takes the cake. How did we unearth this Earth-shattering info?

"We attribute this to two factors: consumer expectations of the QSR experience are rising, and, in many cases, execution at these restaurants is declining. As our research continues to show, delighting guests by providing an exceptional customer experience is a key differentiator in an incredibly competitive environment." So who takes the cake when it comes to brand loyalty?

Below, find out if your go-to is America's go-to, too. And then, don't miss Every Chain Restaurant In America—Ranked By Popularity.

Only 29 percent of folks surveyed rated the home of the Big Mac #1.

A lowly 33 percent of respondents prefer to hit up Jack in the Box for the Classic Buttery Jack.

Burger King lets you "have it your way," but only 36 percent prefer the autonomy. 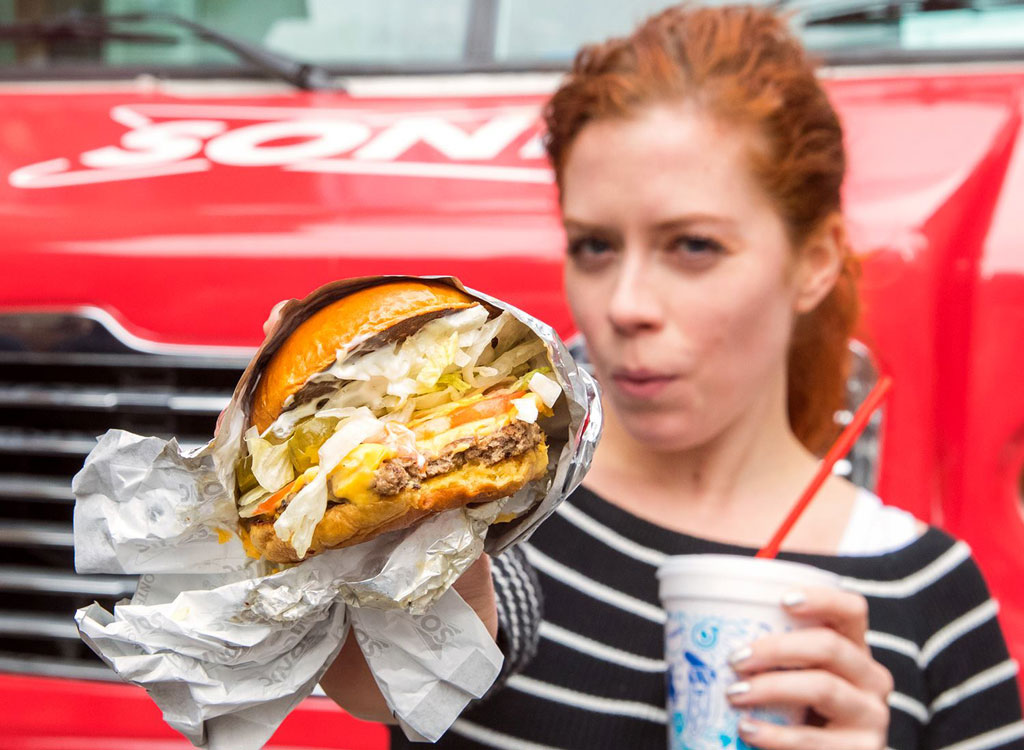 Sonic's SuperSonic Bacon Double Cheeseburger With Mayo packs in over 1,000 gut-busting calories, which is probably why only 39 percent of participants actually frequent the chain.

The infamous redhead tied with Sonic, scoring a 39 percent on the Composite Loyalty Index. Not too shabby.

Now that Carl's Jr. is officially unaffiliated with his bro Hardee's, does that mean that Carl's impressive 42 percent (4 percent higher than Hardee's!) gives him the upper hand in the breakup?

What the heck is Whataburger, you may ask? The regional fast-food chain scored an impressive 50 percent, beating Burger King and Mickey D's.

Steakburgers paired with frothy milkshakes? 52 percent seem to be into it.

This handful of dudes have been handcrafting their burgers and fries since 1986. No wonder why 63 percent of participants voted in favor of them!

66 percent of folks prefer to pair their Butterburgers with frozen custard and cheese curds. Yum?

And the Most Popular Burger Chain is… In-N-Out

No surprise, here. Whether you like your 'wichs stacked protein-style or a la bun—and let's not forget those animal-style fries—a whopping 76 percent of people voted yes to it all. Find out one of the hush-hush menu items that draws West Coasters to the chain in 30 Secret Items at Every Fast Food Chain.