10 Worst Ingredients in Your Dog Food

If you wouldn't dare buy foods with harmful ingredients for yourself, why feed 'em to Fido?

A new dog parent, Ashley walked into the pet store and scanned the seemingly endless aisle of dog food and even more perpetual ingredient lists on each bag. "Are any of these even natural?" she wondered. "I wouldn't feed my dog something I wouldn't eat myself."

If you're anything like Ashley, you've come across the countless pet food brands out there vying for your attention with claims like "Natural" and "Healthy," yet are light years away from being additive-free. To make choosing Fido's dinner a little easier, we've rounded up a list of some of the most unsavory dog food ingredients out there. Jot them down before you hit up the pet shop and then make sure you're steering clear of these 23 Worst Food Additives In America in your own fare.

Meat by-products are cheap fillers used to bulk up the protein content of your pup's grub. Although protein is good for many reasons, unfortunately, animal by-products aren't. These ingredients can be animal carcass remnants. So if you see chicken by-product, that can be code for ground up feathers and beaks. Yum? 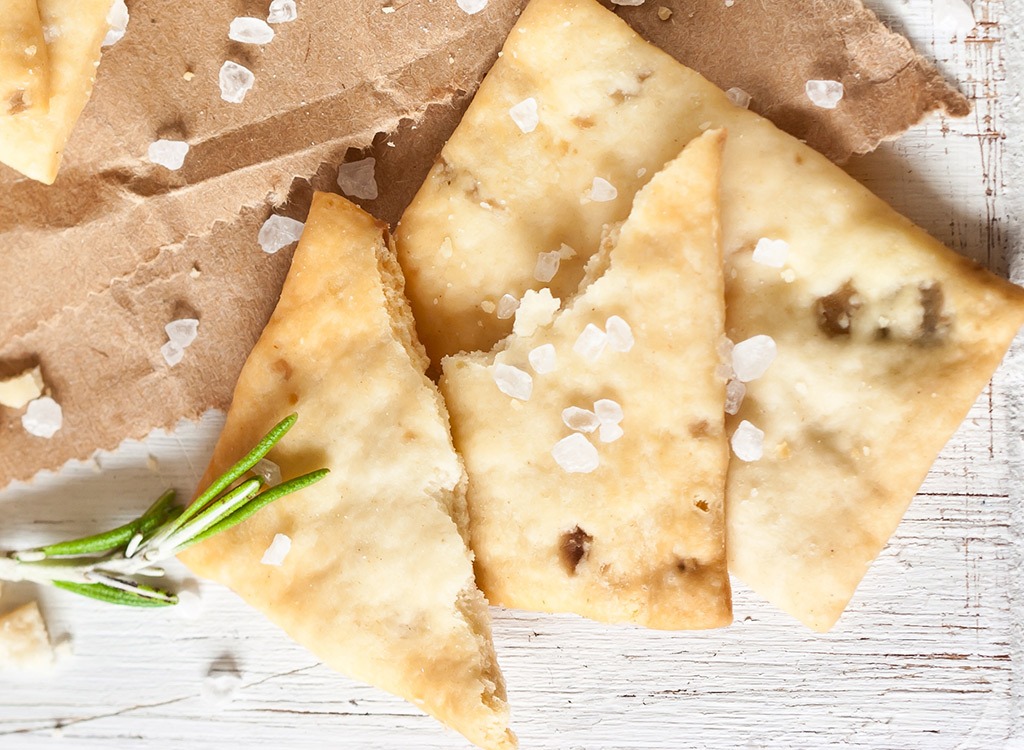 BHA and BHT are two nasty preservatives that you don't want in your pet food (of the two, BHA is considered more dangerous). The Department of Health and Human Services classifies the preservative as "reasonably anticipated to be a human carcinogen" and animal studies have proven that the ingredient can cause cancer in rats, mice, and hamsters' forestomachs. What's even worse, BHA and BHT are commonly found in many cereals, crackers, and granola bars.

Can you even pronounce this ingredient? If you're having trouble like the rest of us, that's already a sign that Sodium Hexametaphosphate is a no-go. According to the International Journal of Toxicology, this frankengredient has been linked to skin irritation, swollen kidneys, and retarded growth.

Artificial dyes are found in many foods we know and love (think fruity breakfast cereals, pudding, and candies) but they're also lurking in Spot's kibble. Studies have linked dyes to concentration disorders in children and allergy-type reactions. In fact, Red 40, Yellow 5, and Yellow 6 (three popular ones) all contain benzidene, which, according to the Environmental Health Perspectives journal, is a human and animal carcinogen.

Seemingly benign, seaweed-derived carrageenan has been shown to induce intestinal inflammation in animals, according to a study published in The Journal of Nutritional Biochemistry. Psst! It's also lurking in dairy products like flavored yogurts and cottage cheese, so keep an eye out for this guy.

You likely recognize this ingredient from your college years when you downed energy drinks like water right before an exam, but taurine isn't just found in a Red Bull… it's also hiding in some dog foods. Besides for the fact that you probably don't want your puppy's energy to be unnaturally altered, you may be surprised to find out that, according to research by Neil Harrison, PhD, a professor of pharmacology at Weill Cornell Medical College, taurine may act more like a sedative than a stimulant. Trust us, Lucky's better off without a chemically-induced bedtime.

Cellulose, which is most notably found in grated cheeses, is basically wood pulp or plant fibers—and you're likely to find it in some pet food ingredient lists. Brands consider this funky additive a source of fiber, but if your dog is being fed a diet rich in whole foods, he wouldn't need any help from this indigestible ingredient.

Rendered animal fat can potentially be moldy and rancid because this ingredient is usually derived from unidentified animals. That means your doggie's food possibly has particles from roadkill, dead zoo creatures, or even euthanized animals. Try not to gag at that one.

Canola oil and many vegetable oils such as soy, corn, sunflower, safflower, and palm oils contain omega-6 fatty acids, which can cause inflammation (a precursor to many ailments that can compromise your beloved pet's health). In fact, we're so against this oil that we broke down the 5 Reasons Why vegetable Oil Is Worse Than Sugar.

In 2011, the International Agency for Research on Cancer deemed caramel color to be "possibly carcinogenic to humans"—so why take a chance by feeding it to your furry friend? Watch out for caramel color in your fare too, as it may be spotted in the ingredient lists of some commercial cookies, candies, and sodas.